D&D 5E What terminology would you expect from Modrons?

for me, I expect almost accounting talk as told by muppets.

They all talk like a cross between a Dalek and the Swedish Chef.

They would all talk like a bunch of Squares!

A mix of Platonic Solids and a geometry textbook.

One plus one is two you see.
One plus two is three like me.
One plus three is four I know.
One plus four is five lets go!
One plus five is surely six.
We can see these all with sticks!
Click to expand...

They communicate by mimicking emojis with their creepy, insipid rictuses.

No articles? Maybe something like format always the same (noun, verb, adjective, pro-noun) or something.

Pronouns: this unit, that unit. Never say "I" or "we", always "this unit", "these units", or "modron collective." Although cultural contamination isn't always mentioned, it pretty much underlies the whole "rogue modron" thing, so maybe modrons refer to nonmodrons as "contaminant."

If you're at all familiar with Warlock of the X-Men/New Mutants, he's kinda how I'd see them. He uses terms like: self, selffriend, and uses formal names and titles when referencing people.

something like computer coding, no idea what language as I am not my father.

When they aren't specifically talking to someone else? The kind of half-mumbled mathematical gibberish people use when they're talking themselves through a math question. "Carry the six...the integral of the sum is the sum of the integrals....low-d-high minus high-d-low...indeterminate form..."

When talking to outsiders, stilted phrasing to use the passive voice and avoiding any references to I/me/my. Like a cross between legalese, pseudocode, and "traditional" scientific diction. Unusual jargon terms for various groups, without ever explaining why those terms are what they are. Referencing individual modrons (and people) by index or serial numbers.

A mix of season 1 data from Star Trek next gen and the main robot in the (movie not book) IRobot movie.

No contractions. Robotic soft and not really “getting” people.

what words do you expect to hear (assuming common/english)?

a lot of repeating of order

What is the definition of ORDER? What is the meaning of ORDER? How do you use ORDER in a sentence? What are synonyms for ORDER?

and of course basic accounting terminology.

The NYSSCPA has prepared a glossary of accounting terms for accountants and journalists who report on and interpret financial information.

The tiered seats were filled with nearly two score modrons of various kinds. There were nearly a dozen of the pyramidal ones, but nearly a score had one eye and round spheres for bodies, with two spindly legs, tiny wings and no arms. There were a handful of six-sided cube-bodied modrons, with two legs that ended in black hooves and two arms, but with two eyes on each of its facing sides.

The balcony was flanked by a pair of pentadrones that spun, lifting their flat limbs slightly as they buzzed. And within the balcony propped awkwardly atop the throne was the strangest of these creatures yet. Its head was a great sphere with ten round eyes set evenly about it, and beneath each was a long tentacle that ended in a narrow-clawed finger. The top of the sphere was a wide mouth, and the whole head rested on a pair of trunk-like elephantine legs.

"Intruders. You shall be judged,” they heard the freakish thing before them say. Its mouth did not move, but there was no doubt it came from the lead modron. A tentacle touched something on a panel before the throne and the portcullis behind them slammed shut. “I am the Decaton. I command the collective for the Master.”

“Martin, step forward,” Kazrack whispered, stepping aside to let the watch-mage past. “You are our best talker.”

“Oh great and unerring servant of Ptah,” Martin began looking up with arms outstretched in exaggerated supplication. “We come seeking to save our world from the random fluctuations that threaten to tear it apart because of the very existence of this Maze. We did not mean to arrive without an invitation, but it an emergency.”

“No invitation, no admittance,” the decaton said, and all the other modrons echoed the rule. “Admission without invitation is a violation.” The thing’s multi-toned voice hit a sharp dissonant chord when it said its last word.

“Violation. Violation,” the modrons all repeated in agreement in their cold voices.

“We did not seek to violate this place or its rules,” Kazrack spoke up. “But we have come to save your master, Hurgun of the Stone.”

“Perhaps you are unaware that he is trapped in the center of his own Maze and he must be rescued if the Maze is to be moved away from Aquerra and he is to retain control of it," Martin added. “Our goals here are selfless, but others who may soon access will not be so.”

“There is no center of the Maze,” the decaton replied, its voices striking dissonance again when it spoke the word ‘center’. “You are operating with incomplete data. Incomplete data leads to violations. Violation equals re-assimilation or banishment. Decaton calls to the gallery for affirmation of judgment.”

“Wait! Wait!” Martin cried out. “We have done nothing. We are here to stop the planar bleed. Surely Hurgun left you with instructions of what to do if he did not return.”

“We await your judgment, Decaton,” the other modrons all said.

“Is there not a second in command? An assistant to Hurgun?” Martin asked.

“Gilbart,” the Decaton replied with a warm group of tones that hummed nicely at the base of the back. “Gilbart is absent.”

The Keepers of the Gate all looked at each other, but none recognized the name.

“Outsider influence has led to corruption and re-programming of crucial modron units,” the Decaton said. “ We operate at less than full capacity. The modron maintenance re-assimilation station is no longer operational. However, judgment must still be made.”

“But you said yourself that we are operating with insufficient data,” Martin reasoned. “And now, so are you. You will be in violation!”

“Judgment has been reached, ” the Decaton said. “These before the Collective have been found in violation of the rules of admission and thus must face banishment.” The last word words squelched in the party’s ears, and they winced. “All in favor?”

“Those against?” The only sound was Martin the Green growing desperate.

“You have been found to be in violation, ” the decaton said to the Keepers of the Gate. “You are to be banished. You must GO TO HELL! ”

“ See that Modron over there? His name is Pi; don’t start a conversation with him, ‘cos he just goes on forever.”

I’ll see myself out.

GuyBoy said:
“ See that Modron over there? His name is Pi; don’t start a conversation with him, ‘cos he just goes on forever.”

Seriously, if they have their own language you probably wouldn't understand them.

I imagine modron would be very regular (no irregular verbs) with all rules followed absolutely. It might be similar to German with words constructed logically from smaller pieces.

In English, you could see them ignoring the irregular aspects of the language ("we builded the castle yesterday.") 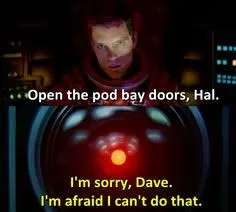 Anything disorderly or chaotic is hard to describe, involving constructions like not-orderly and not-predictable.

Sometimes you might get a 1984 Newspeak-like grammar: good, plus-good, ungood.

Blue Orange said:
Seriously, if they have their own language you probably wouldn't understand them.

I imagine modron would be very regular (no irregular verbs) with all rules followed absolutely. It might be similar to German with words constructed logically from smaller pieces.

In English, you could see them ignoring the irregular aspects of the language ("we builded the castle yesterday.")
Click to expand...

Sounds like Lojban (pronounced "lowzh-bahn.") It's the successor to Loglan, which was meant to be a test of the Sapir-Whorf hypothesis. That is, a language so radically different from any existing language that it would induce--whether inherently or merely statistically--different ways of thinking in people who learn it. Lojban continued the fundamental concept of Loglan, namely, an attempt to create a language which is completely free of syntactic ambiguity and with as little semantic ambiguity as possible, essentially creating a language where using it is exactly equivalent to using formal, symbolic predicate logic....just as a language itself, rather than merely a formalism.

They communicate in binary or morse code, utilizing a series of clicks and whirs. They do not speak "people" languages in my games.

One of the ideas I've been kicking around for years is taking many modrons and building machines from them working in unison.

I'm trying to figure out a naming scheme for them either from Modrons or what their enemies call them.

D&D 5E What locations would you suggest for a mideval fantasy world?