When and what game did you start with.

John R Davis said:
I didn't start with D&D ( maybe that needs it's own thread)
Click to expand...

John, over at the My First Game: Top Secret/SI thread is right! That would be an interesting thread. When did you start playing? What game was it? What was the environment in the gaming scene like at that time? Let us talk of the halcyon days, when the sun was bright and the days long. Between the time when the oceans drank Atlantis, and the rise of the sons of Aryas, there was an age undreamed of. 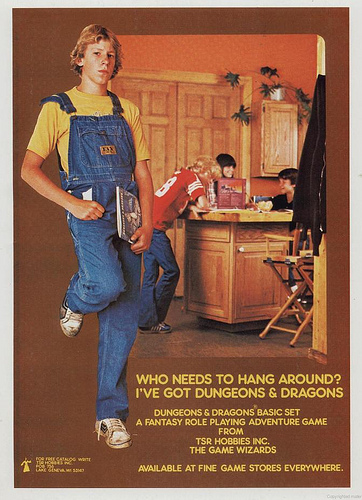 I was thinking more of " I didn't start with DND but I like it".

I started in late 1980 with the mighty Dragonquest, which I still adore and play occasionally.
I then played various other things, including AD&D a bit. I think bought heavily into BECMI range and played a lot.
From about 1988 onwards didn't play DND again until 3.0 came out.
Big fan of 5th.

I started in the early 90's with D&D. Not sure if it was 2E but it ended there. Mostly high school hijinks that left an unsatisfying experience.

In college early 2000's, I tried to get back in with 3E. That was slightly better than the HS 2E games. Also, tried some Vampire which was full of problematic players...

I almost gave up on TTRPGs for a number of years, then Pathfinder came out in 2009. Thats when I really got into gaming and finally found a good batch of gamers. I moved on to all kinds of other games like Call of Cthulhu, Traveller, Savage Worlds, etc. Right up to today.

I guess I should add my own to this thread.

I started circa '95. It was a basic fantasy type GURPS 3E game at summer camp. After that we started playing alot of Vampire and AD&D 2E. At that time D&D was not really the top thing going. Everything had a CCG then (Sim City, The Crow, James Bond etc etc) with Magic's recent success the fear was that they would bury RPGs as a viable stockist option. But! It was a cool time all the same, new stuff was coming out and this was before 3E and the advent of D20 -and the ensuing mono-system avalanche it brought with it- so all these games really were unique and different, both in subject and mechanics. I would go from playing D6 Star Wars to Over the Edge to Dark Ages Vampire, and so on.

A defining memory for me was waiting by the mailbox for the monthly delivery of this bad boy: 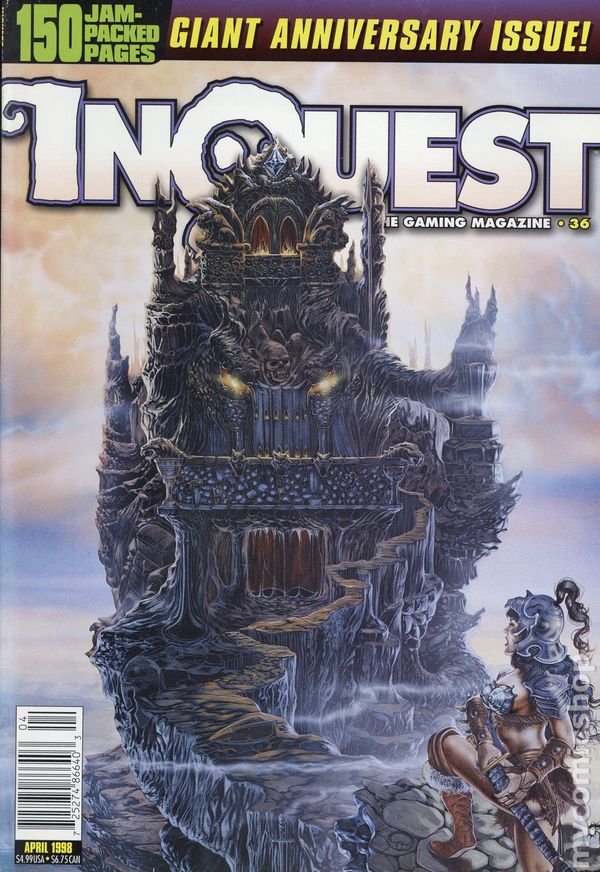 Supporter
My older brother and his friends had been playing mostly DC Comics RPG but they had deemed me to young. Eventually they let me play with them and the first game I really was allowed to play was WEG Star Wars. We bounced around a lot though, playing Teenagers From Outer Space, Champions. The first game I owned was Bubblegum Crisis and I still have those books. I didn't play D&D until much later in high school after having played a lot of WoD games. Having played a lot of non-D&D games first has given me a different approach to D&D where I focus a lot on relationships and allowing the characters to drive the story. 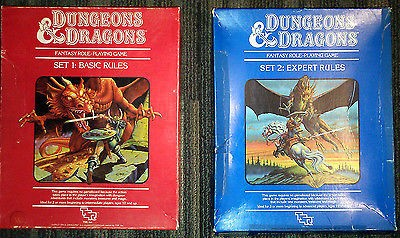 It's still my favorite.

I suppose you could argue that I started in 1989 or so with the DOS game Phantasie that my friends had, but the first TTRPG I owned was Iron Crown's MERP. I couldn't make heads or tails of it, and so the first TTRPG I actually played was in my friend's Earthdawn game around 1993.

A year or so later I was introduced to D&D (technically, AD&D 2nd Edition), and it was love at first roll. I played a bunch of other games in the same time frame - World of Darkness mix, GURPS, Marvel Super Heroes, Toon, Castle Falkenstein, Og, and more - but my One True Love has always been D&D.

I played a bunch of 1e without even realizing there was supposed to be a difference, and I picked up the Rules Cyclopedia at some point and loved it even more, but it was mostly 2e until 3e came out, then 3e and 3.5.

I bailed on 4e pretty early (no gnome in the Player's Handbook? What is this garbage?), but returned to the fold during the Next playtest.

Now I publish 5e stuff and play a ton of Dungeon Crawl Classics. And before too long I'll be publishing for DCC too.

Junior high. 1985. AD&D in one of the rooms in the school basement with a big yellow "FALLOUT SHELTER" sign.

1981, Dungeons & Dragons Basic Set 1 (Erol Otis cover; Tom Moldvay version). Although I did play the '77 version (the Holms version) for a single game, iirc (me and my best friend who bought it) very quickly after playing the Moldvay version for a month or so. I (we; me and my friends and father) stuck with the Moldvay version.

After that, Star Frontiers, Top Secret, Marvel Super Heroes, Gamma Word (in that order)...then Warhammer Fantasy Role-Play, Runequest (very briefly) and Warhammer 40,000 (which we thought was an RPG, because we had no clue about wargaming; we learned...and then promptly kept using it as an RPG in stead).

1985, Het Oog des Meesters (the Dutch translation of Das Schwarze Auge, first edition). Had brief flirts with AD&D 1e and BECMI (or at least the B in BECMI), played a bit of MERP in my second year at uni and started playing AD&D 2e regularly in my third year. When 3rd edition came out I played a bit of that, and d20 Star Wars, d20 Modern and Wheel of Time RPG with one group and 2e with another. For the past 10 years or so it's been D&D 3.5 (except a year of Het Oog des Meesters and eighteen months of boardgaming until the pandemic hit).

197...7? No later than '78. It was...whatever edition of D&D that was extant, but within a year or so for Christmas I got the blue boxed set. I literally jumped for joy.

The gaming scene consisted of massive nerds and nerd-friendly types, playing in basements, garages, and occasionally in back rooms of game stores. Gaming felt like a secret language. Teen egos loomed large, but things almost always worked out in the interest of the game.

Supporter
I started playing in 87 with a Moldvay box I found in the attic.

Staff member
I literally don't know what year I started gaming. I was little, and my older brother introduced us to Tunnels and Trolls, as something to do to with his younger siblings.

I was 12 years old, I think, when he brought the AD&D PHB and DMG home for X-mas break, and introduced us to D&D.

1976. I was 13 years old and got the white box for Xmas, closely followed by Greyhawk and Blackmoor in early 1977.
Loved it then and love it now, though I’ve been through 1E, 2E, 3E and now playing 5E. Great friends and great times along the way.

I discovered rpgs at the local school wargaming club on a Saturday (or Sunday). Not sure.

Around 97 or so, 6th grade, my best friend had HeroQuest, and we played it almost as often as we LARPed in the front yard.

I only knew of D&D as video games and novels, until around 8th grade. Played 2e for a bit, first in a play by post type thing over AIM, and then in person at the library. High School did some 3.5 and Star Wars Revised Core Rules, but I didn’t like wotc’s early TTRPG efforts much. Came back to D&D with 4e.

What games are you playing during the holidays
2

Looking Back at My Gaming Goals for 2022

Stop telling me to boycott WotC. If you support open gaming, tell who to support. (+ thread)
2