D&D 6E bring back the pig faced orcs for 6th edition, change up hobgoblins & is there a history of the design change

Urriak Uruk said:
He's technically, maybe correct here... hobgoblin is mentioned only once in the Hobbit, as a larger form of orc, and there is some assumption they are similar to Uruk-Hai. It is a throw-away line though, and nothing is actually confirmed one way or another. 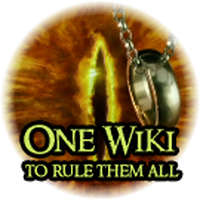 Orc is not an English word. It occurs in one or two places [in The Hobbit] but is usually translated goblin (or hobgoblin for the larger kinds)J.R.R. Tolkien, Preface to The Hobbit Hobgoblins were stronger, larger, and more menacing than other Orcs. They are mentioned only once, by Gandalf, in...

Yeah, I realized I was oversimplifying and edited my post. Canonically, the use of Hobgoblin probably refers to Uruk-Hai. But it’s hard to say for sure.

Oofta said:
I think the issue with any generically evil creature (let's call them Blargs) is that at some point someone is going to start identifying with them because Blargs are outcasts from normal society that are feared and some people feel like they don't fit in. Then they want to play a Blarg so we come up with stats. The next thing you know, it's a bad thing that Blargs are a representation of people that are prejudiced against. Since we can no longer have generically evil Blargs we come up with something completely different called Blurgs. The cycle continues.

So I don't think we can change this. For some people having a generic bad guy monster that someone can identify with will be considered wrong. Other people just want something for generic bad guys.

For me? It's just a game and I think people read too much into this. I just finished playing Half-Life Alyx after getting a new VR headset (awesome game by the way) and I have no qualms about mowing down the enemy in this or any other video game I've ever played. Is that over-simplified, not realistic? Absolutely. It's a game.

In any case, I'm assuming this thread will be shut down soon, but I don't think changing the imagery of orcs or introducing Blargs (humanoid or not) will change anything. I'll just continue using orcs in the role that makes sense for my world.

Hence the popularity of zombies and nazis as video game bad guys.

I have traditional 1e style pig-faced orcs in my 5e FR campaign as a weaker but better organised breed alongside the stronger, more barbaric 3e-5e 'mountain orcs'.

When I worldbuild, I usually make orcs pig-people, for two reasons:

1. There's already too many Blargs, so I want the ones I include to have a distinct hat.
2. I always include a generic "animal-folk" origin, as that covers a lot of bases, and making orcs a common variant of that gives me a good general-use bad guy, a good intro to that concept, and gives orcs a 'hat' in them being pig-like. 1 orc horde = 30-50 feral hogs, arriving in about five minutes.
3. IMO: Planet of the Hats isn't a bad trope unless you stop at the hat and don't think about what's underneath. But a clear hat makes the new cultures easy to name and identify, which makes the world less confusing.

But that's just me, and I never get annoyed by other interpretations.

I like pig faced orcs just because of my nostalgia for DiTerlizzi's AD&D monster manual. I used to study that thing endlessly as a kid!

I don't currently use orcs or hobgoblins in my game because I filled in the peoples of the world based on the player races my players picked. So almost all the bad guys have been humans, tieflings, tortles, and gnomes. Particularly gnomes, those little guys are nasty enemies.

I've never really thought about it but now that the question is asked, I've never really used orcs in my home games subconsciously for the same reason given by @ART! -- they seemed like they belong to Tolkien. I used them in my Middle Earth games, and I'd have no trouble using them in a video game-based setting (because of WoW, probably), but in my own games I usually use "Beastmen" or goblins (definitely inspired by fairy tales) or whatever.

It is a crime that pig orcs aren't called 'porcs'.

Also that a group of them isn't called a 'Gannon'.

Vaalingrade said:
It is a crime that pig orcs aren't called 'porcs'.

Also that a group of them isn't called a 'Gannon'.
Click to expand...

According to the Stoakes-Whibley article on my wall, a group of orcs is officially known as a rage.

delericho said:
Personally, I lean towards one-eyed orcs, based on a picture I saw once (can't think where).
Click to expand...

Personally I’d drop Hobgobolins entirely. Just being bigger stronger goblins is naff and while I do like the concept, I don’t want to explain how a stronger, tougher, intelligent race with an organised expansionist militant society hasnt already conquered the neighbouring nations.

I do like more pig nosed Orcs and Star Wars Gamorreans have been the standard image in my head.

But really if I was going for a complete redesign based on the Great Sea Orc, I’d do something like Bathos the Walrus Pirate 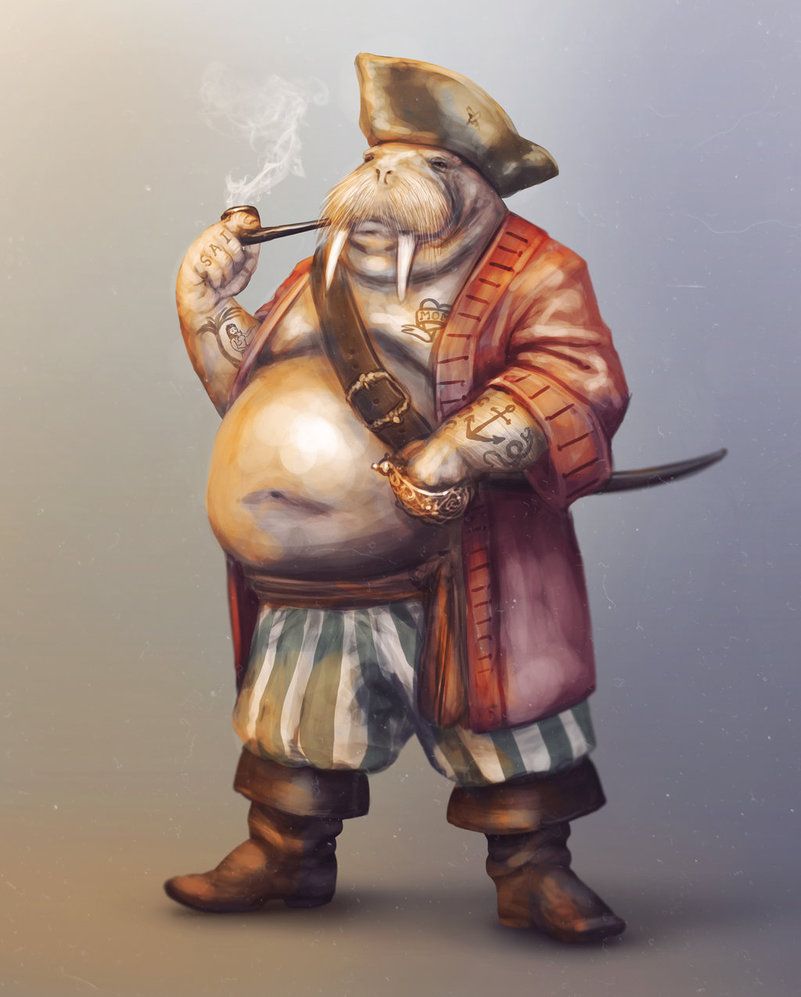 
I mean, to each their own - but I explained it pretty easily above: they have an empire across the sea. They've already conquered their neighbors long ago, but only just now reaching where the campaign takes places and beginning to have influence to prepare for some future military and/or cultural invasion. This is something that can either be the focus of a campaign OR just work as a backdrop for why PCs only encounter hobbos occasionally (as I suggested, foreign mercenaries).

Edit to add: And since it is "across the sea" - I have not bothered detailing it beyond "big ideas."

I flip-floped a lot about the orcs in the past few months, and I think I'm about done with them. I think their niche can be filled with more interesting creatures, the various goblinoid peoples fill the same niche being less monolithic.

I'll probably recycle them as another kind of goblinoid, somewhere between the goblins and hobgoblins.

Is there a kind of goblins from previous editions or other lore that is covered yet by the rules?

vincegetorix said:
Is there a kind of goblins from previous editions or other lore that is covered yet by the rules?
Click to expand...

Goblins not covered yet? Blues from the 3e psionics books?

wicked cool said:
3) the orc name is from "pig faced"
Click to expand...

They are only associated with pigs because Gygax envisioned them as being slightly pig-like. And then apparently the artist Dave Sutherland took him literally.

Voadam said:
Goblins not covered yet? Blues from the 3e psionics books?
Click to expand...

I'm currently looking on the FR wikia for the different goblinoids.
The worghest is another option, but their warg shapeshifting makes them a little off for an Orc reskin.

I could also go for something new, but I cant find a good name!

Charlaquin said:
I love Dungeon Meshi’s design for orcs. “Pig-faced” in a way that looks natural for a humanoid face, rather than going full-on Gamorean. Endomorphic instead of mesomorphic, which fits with the piglike appearance and brings some welcome body diversity to the table. Two-toed. Mottled pink and gray flesh tone. Coarse boar-like fur.

EDIT: Couldn’t get the image to work. 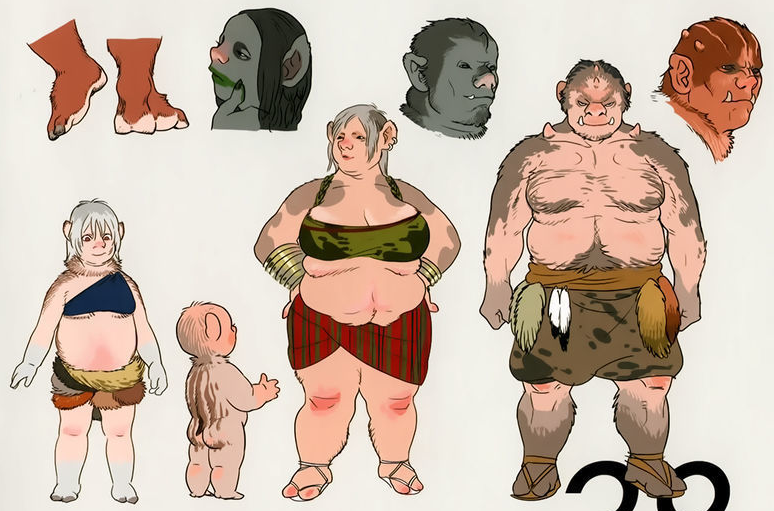 wicked cool said:
hobgoblins have been dulled down (they are the military/armored slightly stronger goblin)
Click to expand...

Werent they depicted as the some of the hightest of the food chain of Humanoids? I thought they were LE, enslaved the other humanoids and were basically the military and tacticains out of the humanoids? Or was that bugbears, I could be wrong and too lazy to check right now,? Think that pecking order was detailed in an Elminsters Ecology, Stonelands maybe?

Faolyn said:
They are only associated with pigs because Gygax envisioned them as being slightly pig-like. And then apparently the artist Dave Sutherland took him literally.
Click to expand...

There is also the description in the 1e MM which he authored.

"Description: Orcs appear particularly disgusting because their coloration — brown or brownish green with a bluish sheen — highlights their pinkish snouts and ears. Their bristly hair is dark brown or black, sometimes with tan patches."

vincegetorix said:
I'm currently looking on the FR wikia for the different goblinoids.
The worghest is another option, but their warg shapeshifting makes them a little off for an Orc reskin.

I could also go for something new, but I cant find a good name!
Click to expand...


The Bakemono of Kara-Tur were described as goblinoids but were distinct from goblins, bigger, savage, hooved and with tiny wings? They could be reskinned as Orkish (make the wings into fish fins like Koalinths-sea goblins)

I also recall a tougher Rhino-horned goblin in a Faerun book?

There it is! Thanks!