Publisher
Not the bugbear you're familiar with, but one based off of the folklore 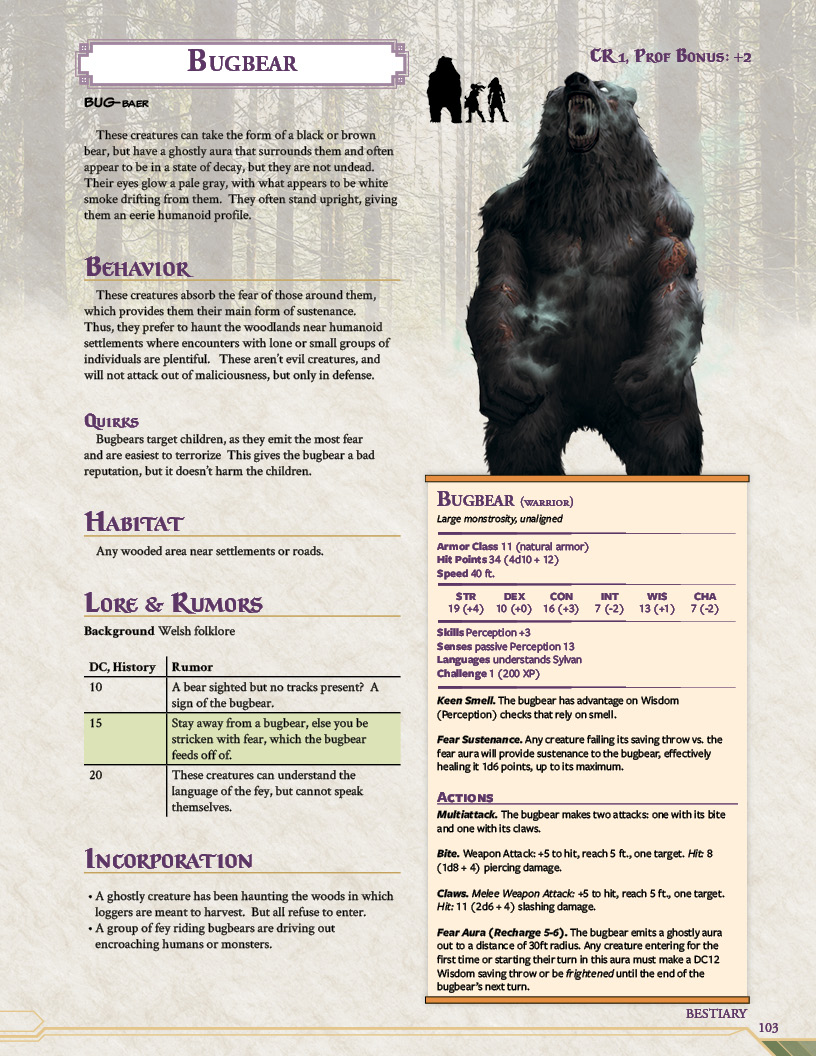 Fear Sustenance is worded a bit clunkily. It should be something more like "The bugbear feeds on fear. If a creature fails its saving throw against the bugbear's Fear Aura, the bugbear regains 1d6 hit points, up to its normal hit point maximum."

You may also want to rewrite the bit about them not attacking except out of defense. They need to eat fear, and the only way they can eat is by attacking. You might want to say that they only attack physically out of defense.

I like it. I'm always amused by original folklore traditions versus how D&D changed them.
For example, if most players had to face folklore Kobolds, they'd be screwed.