Iry said:
I am very interested in seeing how Fearne develops over the campaign, including the rakes she will inevitably step on. She seems to have two defining characteristics: One is a general impulsiveness that comes from growing up in a plane with orange and blue morality. It's a very classic fey character trait. The other is her shock statements. I used to do this when I was a kid! I would say outlandish things just to see how people (including my friends) would react. I know it comes off as lolrandom, but this is a thing I actually did growing up. So I'm especially interested to see how these shock statements evolve as she grows more mature over time.
Click to expand...


On Reddit someone who also saw Exandria Unlimited said Fearne seems like a BBEG (Big Bad Evil Gal) in her early formative years.


We learned considerably more about Laudna in Ep2, who is developing into my favorite PC this season.

--She was a young woman living in Whitestone when the de Rolos were overthrown.
--By the time Percy reclaimed Whitestone she had already left.
--She named her dead rat after the de Rolos. At first I thought that meant she had a low opinion of them (especially as she gave the rat a voice associated with the lower classes) but given how odd Laudna is that may not necessarily be true.
--She became a recluse after her time in Whitestone.
--She suggested that she has "a voice in her head."

Fascinating. Laudna's natural voice sounds like someone who (once) was a member of the upper class.


Everyone who thought Bertram Bell wasn't Travis's real character - collect your prize! Can't say I was surprised, but definitely a fun way to end a session.
On another note - someone really needs to tell Robbie that bardic inspiration has a 60' range!


Everyone who thought Bertram Bell wasn't Travis's real character - collect your prize! Can't say I was surprised, but definitely a fun way to end a session.

I shouldn’t have read it but I couldn’t resist. For once I’m glad I did. Thanks for sharing that without giving away his identity! Well teased.

The spoilable event was done absolutely beautifully in every respect. It hit all the right narrative and character beats exactly like a well scripted television series would.


I knew it! As soon as it got towards the end I really felt SOMETHING was gonna happen to Bertard, and he'd probably end up dying. Seems like from what Matt said Bertard had a chance of survival, but would have had to leave anyway.

Fantastically well done moment. What a conspiracy between Matt and Travis.

Travis is gonna make this very spicy with his new character.

As an aside, fair play for Dorian for trying to keep Bertard on course. Even if he had survived, something tells me Bertard would have gotten in trouble anyway.

As well as that, the Imogen stuff was fascinating. Seems like she can sense death or injury in others when dreaming.

Well, now that Episode 3 has aired we can discuss the spoiled event. I never thought Bertrand Bell was Travis's real character because he was Level 5 while everyone else was Level 3. But I wasn't sure how he would be written out. I can see why Matt chose the death route -- it will likely act as a unifying event for the rest of the party. They will be hot to investigate and avenge Bertrand's death. Though it must be noted this group was already coming together much faster than in Campaign 2, where it seemed like distrust lingered for a long time.

Episode 4 now has the heightened interest of finding out who Travis's real character is. What he is playing is anyone's guess, though I would note that the current party is lacking someone with traditional rogue skills. Breaking down a locked door is sometimes a bad option.

I wager the party will now reference Bertrand Bell in their group name, whereas everyone else shot down the idea when Bertrand suggested naming the group after him.

Ogre Mage said:
I wager the party will now reference Bertrand Bell in their group name, whereas everyone else shot down the idea when Bertrand suggested naming the group after him.
Click to expand...

I mean "the Bellends" seemed to be the only thing gaining any steam, and Matt basically set them up to need a group name by next episode. If this were their home game I'd say that name was a lock. As the world's highest profile D&D campaign, I'm guessing they've thought about the branding and merchandising implications of something a significant part of the English speaking world recognize as a rude word and currently have a long group text chain workshopping other names, but may still end up the Bellends because that's the group's sense of humor.

I've seen the name 'Sword of Sunrise' suggested, which would work. But with all the references to moon light and moons, I wonder if they'll go in the opposite direction and be named after darkness.

Travis' real character is going to have a hell of an introduction. Heck - are we even sure the character will be introduced in Episode 4? There could be an episode gap to introduce even more tension or because the group makes certain choices.

Or perhaps Travis' character will be dropped in unexpectedly.

Regardless, as others have said, the group has come together pretty fast, and Bell's death will certainly force them together, realising the danger they're now in. Which makes me think that Travis' character is going to have some difficult or unusual interactions with the team - they might be too closed-nit, especially since there are three already defined sub-groups within the party (Orym, Fearne and Darion, Launda and Imogen, Fresh Cut Grass and Ashton).

On those sub-group pooints as well - with how things are set up, if more early deaths were to occur, things could get really radically shaken up. Battles are gonna be particularly frought.

It's going to be a complicated narrative for sure.

any ideas what those summoned creatures were? What level would you guess the enemy was based on skills?

Man this has been a brutal fight this episode. Three characters were downed, and Matt even had one of the characters get attacked while they were down for two automatic failed death saves.

Also Stonky's Ring has carried over from Exandria Unlimited. I wonder how the writer of the Candlekeep Mysteries adventure that featured the item feels about it now being a piece of Critical Role lore.

Supporter
Well, took forever to get there:


looks like Travis's new character is an old gnome rogue

Mort said:
Well, took forever to get there:


looks like Travis's new character is an old gnome rogue


For those who don't know, this is yet another Betrand Bell situation... go check out the Chirstmas One-Shot!

Urriak Uruk said:
For those who don't know, this is yet another Betrand Bell situation... go check out the Chirstmas One-Shot!
Click to expand...

I missed that one.

You think Travis's schtick this campaign will be to bring back old characters to get killed off?

Urriak Uruk said:
For those who don't know, this is yet another Betrand Bell situation... go check out the Chirstmas One-Shot!
Click to expand...

nooo that was chutney, chetney is CLEARLY a different character

Mort said:
I missed that one.

You think Travis's schtick this campaign will be to bring back old characters to get killed off?


If so, it'd be absolutely hilarious.

Watch Travis never have a permanent character the whole game for years, and is constantly getting offed and replaced...

This guy better be making a return! 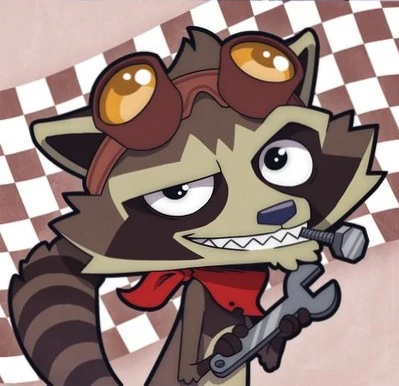 Urriak Uruk said:
If so, it'd be absolutely hilarious.

Watch Travis never have a permanent character the whole game for years, and is constantly getting offed and replaced...

This guy better be making a return!


Now that that Covid restrictions have eased, they need to get Chris Perkins back on! He's been absolutely great every time!


It does seem like a confirmation that Robbie is a temporary addition to the cast. He's in the intro, but not in any of the group frames. So seems like a quick addition to represent how he's currently in the cast.

Jun 19, 2021
Seramus
S
B
Critical Role: Call of the Netherdeep Review Round-Up – What the Critics Say