With Cubicle 7's 5E-powered Doctors & Daleks coming out tomorrow, let's take a look at some of the preview pages they've shared. Unfortunately the Cubicle 7 site seems to be down right now, but hopefully it will be working so you can buy the game tomorrow! 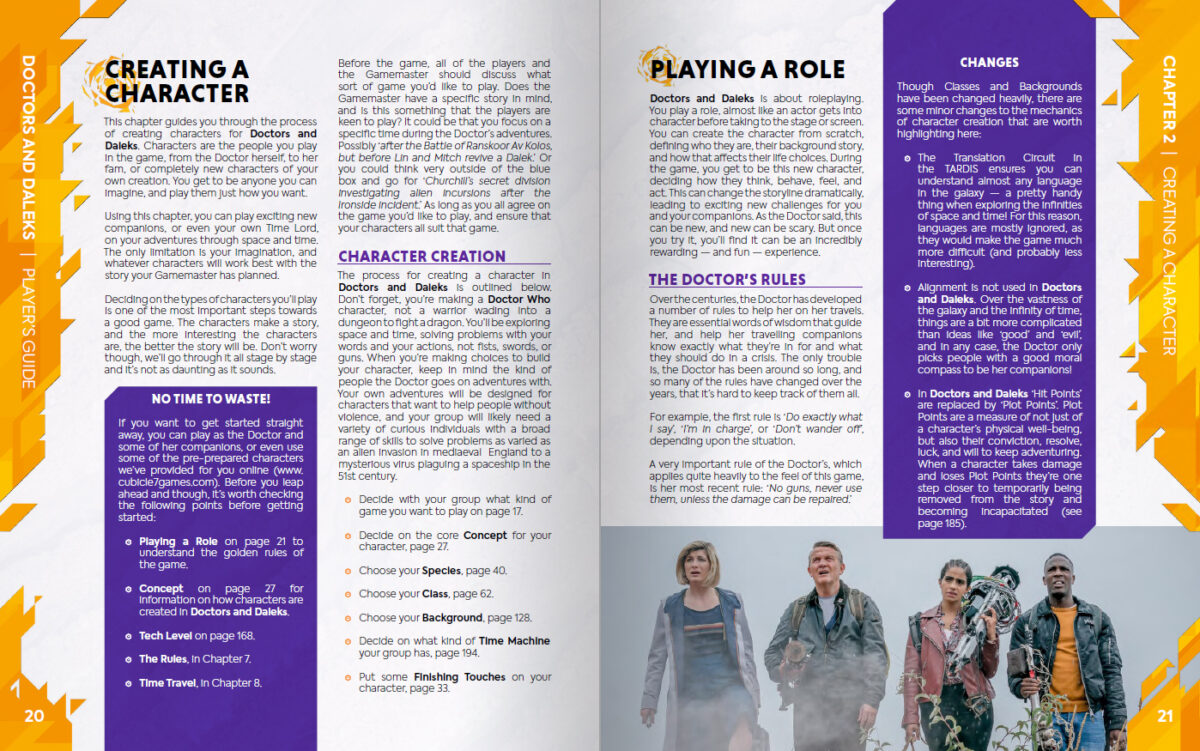 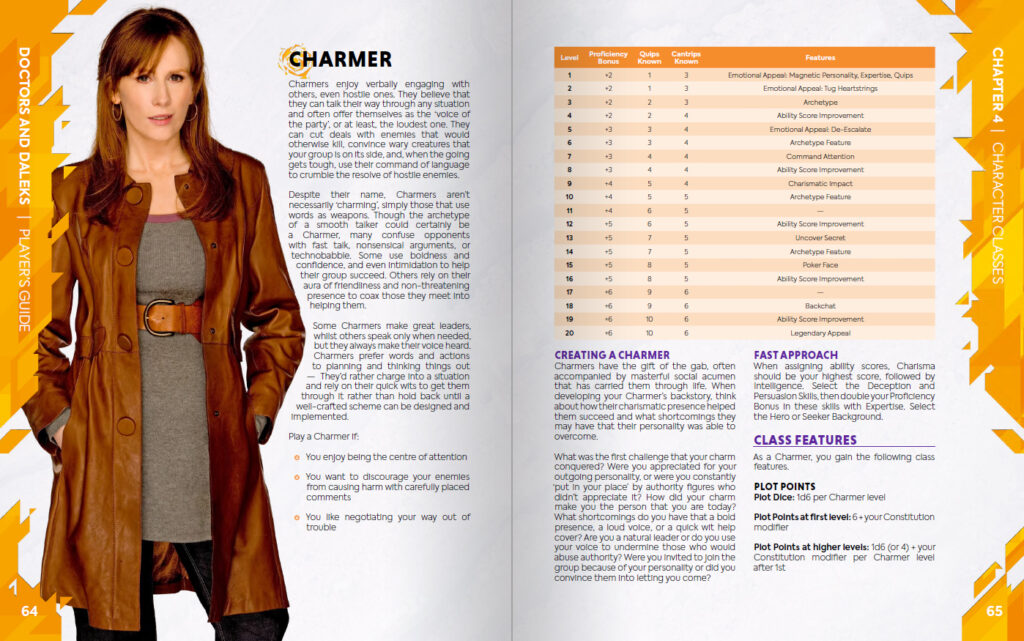 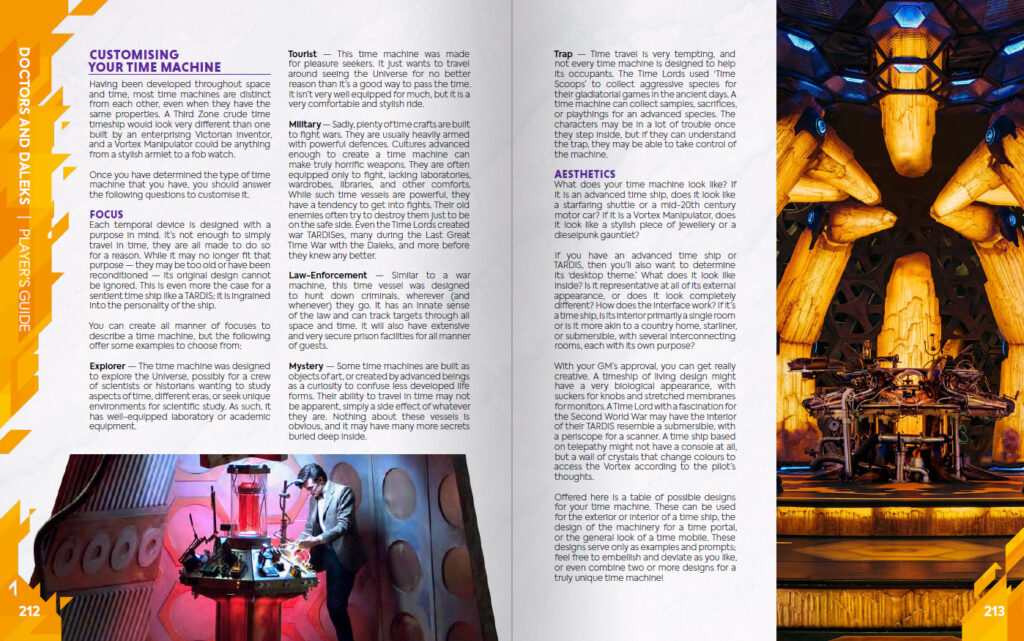 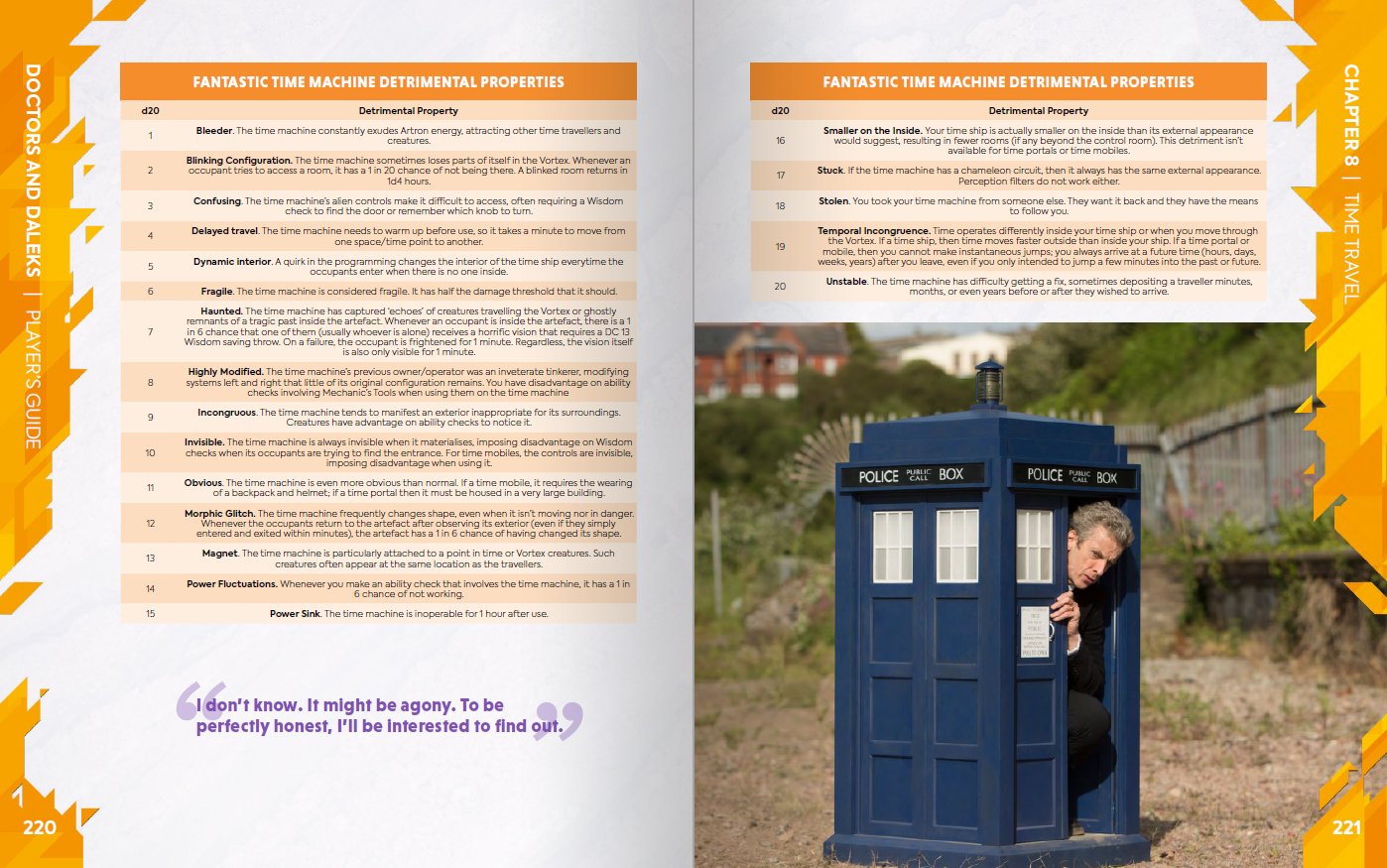 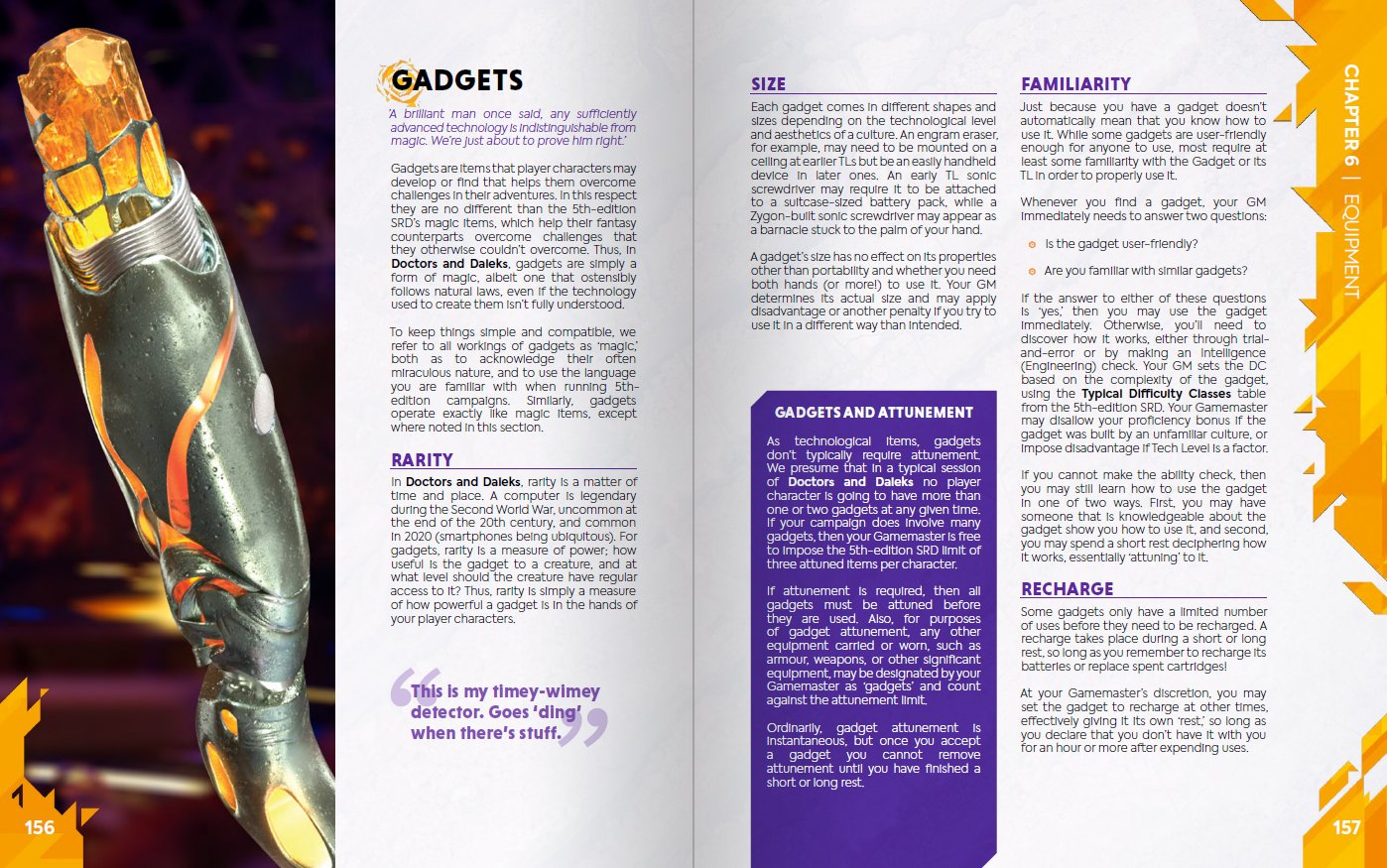 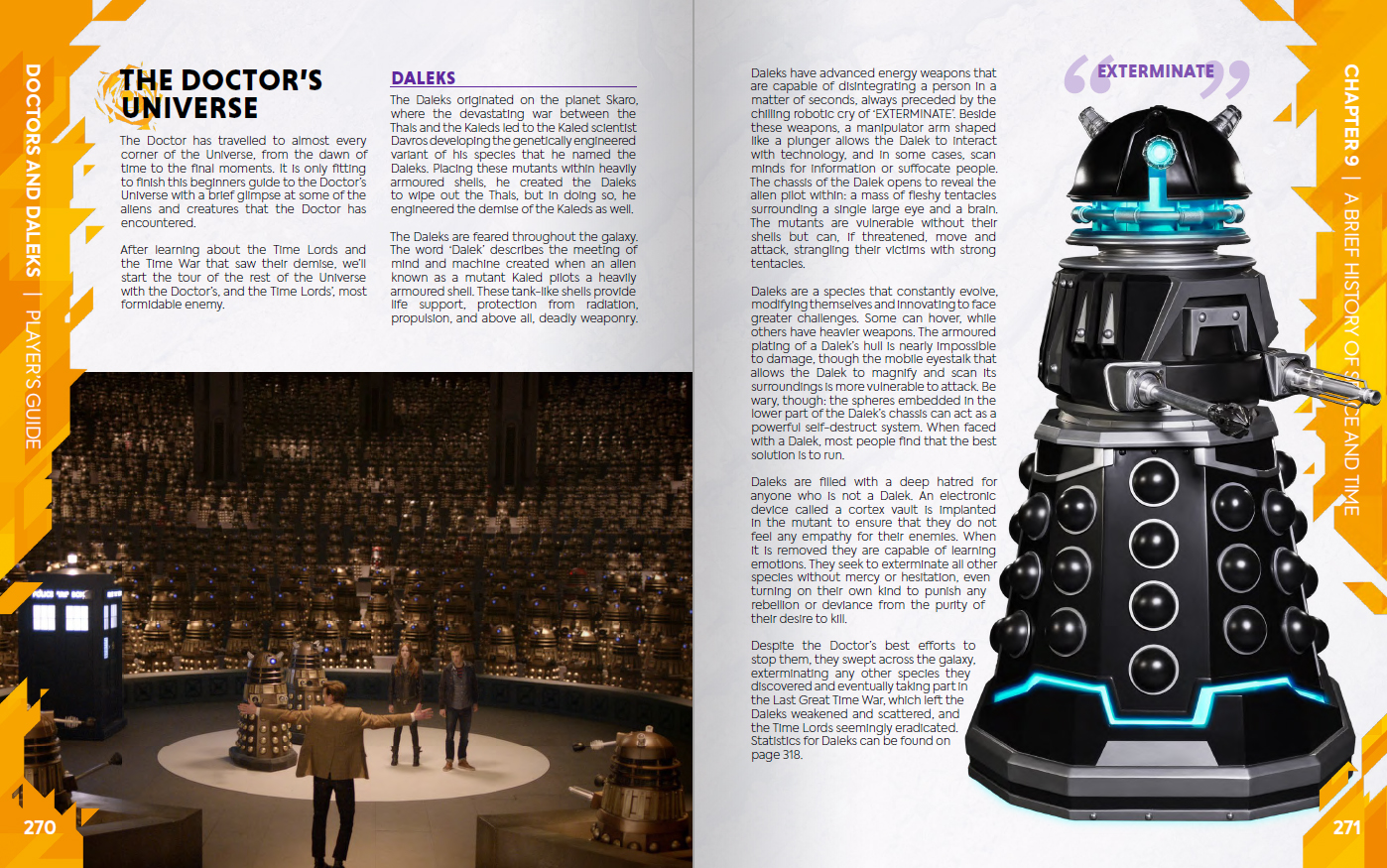 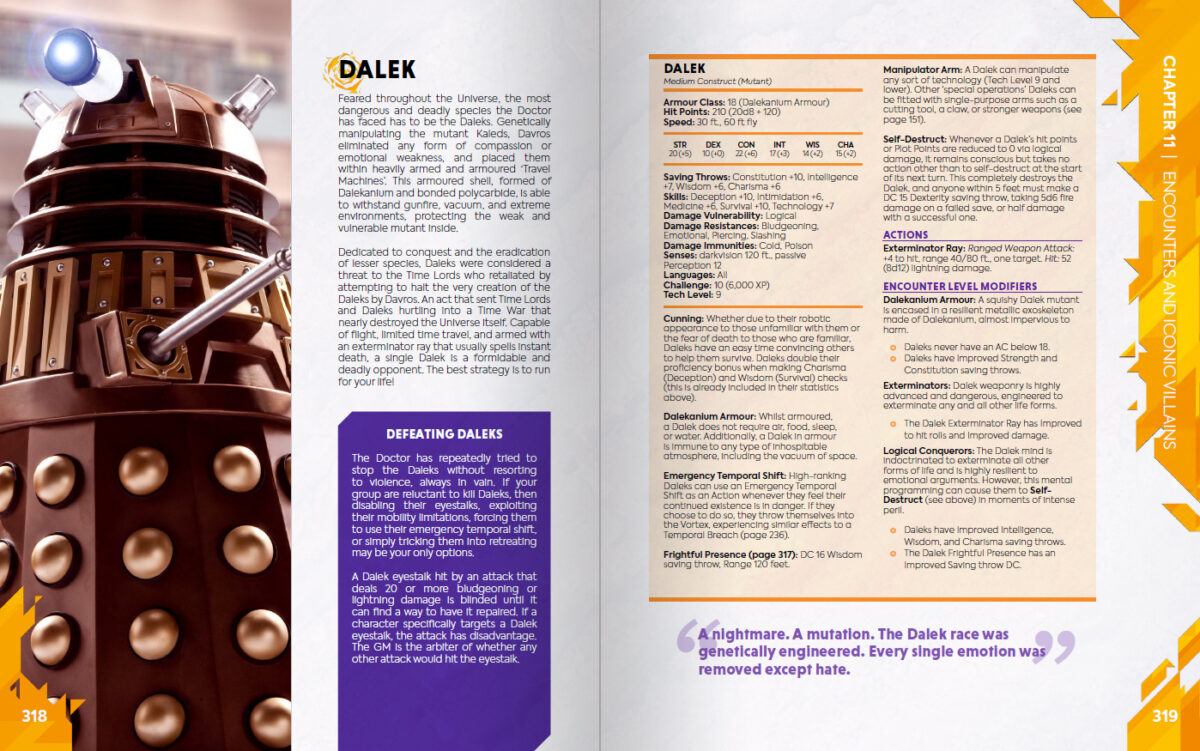 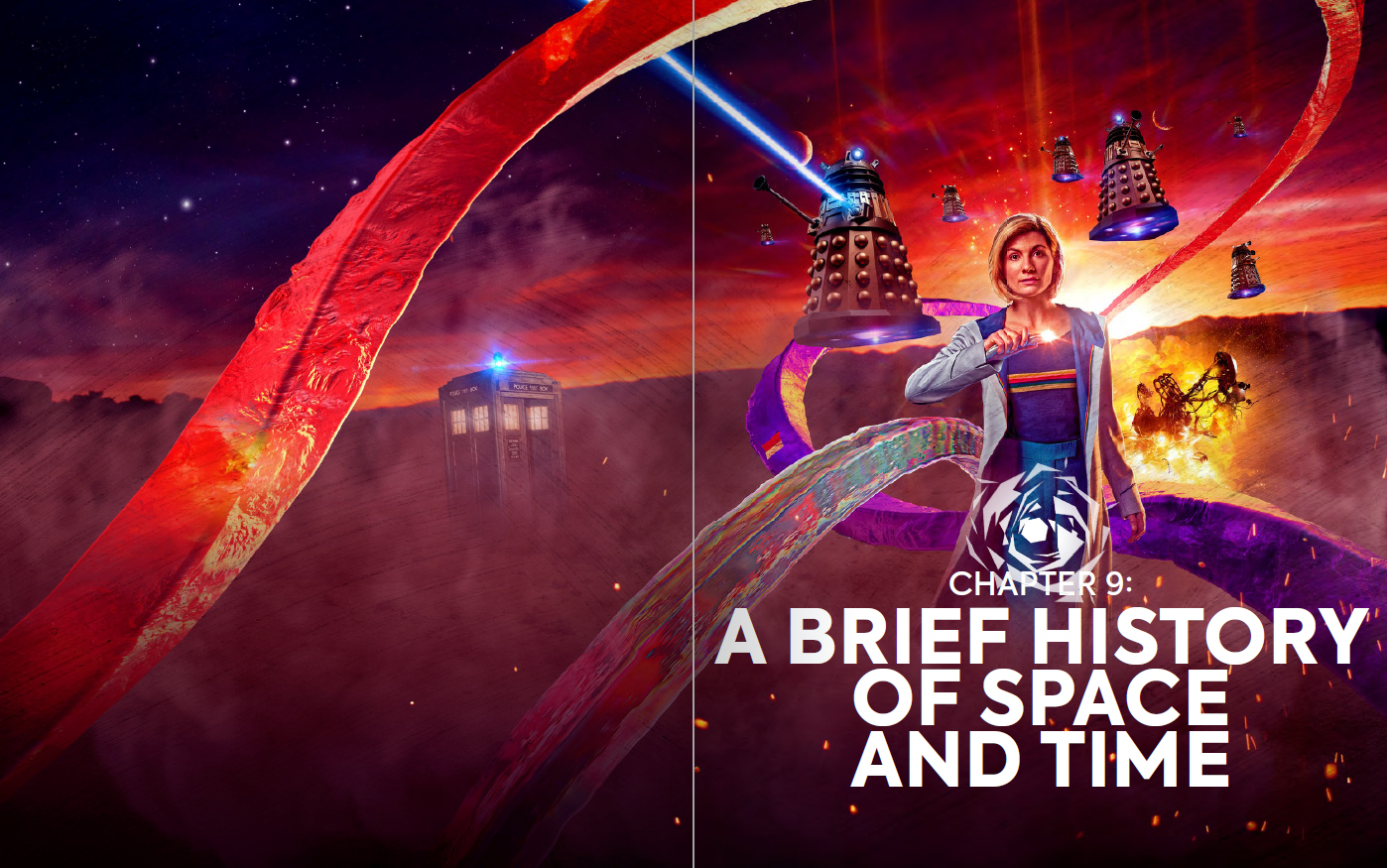 Rogerd1 said:
In actual fact Daleks are really good shots, and tend not to miss since the soft reboot starting with Eccleston. I would presume that those stats would refer to non-Time War era Daleks, as they are not very powerful. Plus the AC will adjusting according to the era of Dalek too.

Also stats would need adjusting whether you are using Tv Who or EU Who - which has some rather incredibly powerful beings that make DnD look like old people.

Thing about Daleks is that their weaponry could easily disintegrate a person, Star Trek or Mandalorian style, but they prefer to inflict pain and suffering on their victims as they die. So this could be demonstrated with medicine so they know how to hurt people.


There's also the Daleks coverts who have eyestalks pop out of their heads when they out themselves. I think they are NuWho, but I could be wrong

Von Ether said:
There's also the Daleks coverts who have eyestalks pop out of their heads when they out themselves. I think they are NuWho, but I could be wrong
Click to expand...

Yes there are indeed. 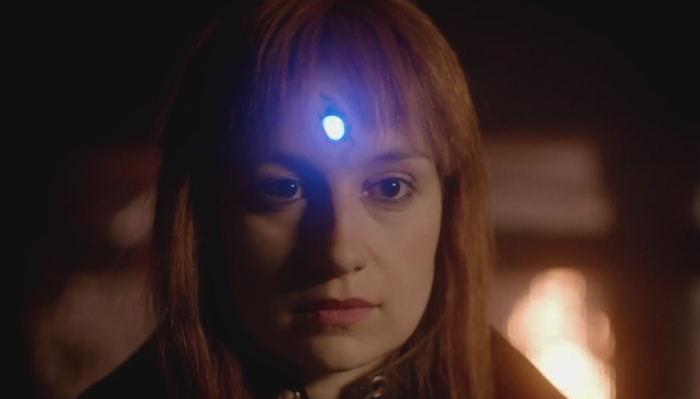 Dalek puppets were beings who had been taken by the Daleks and partially converted via nanogenes to serve them as slaves. The Dalek nanogenes automatically would convert any organism it came in contact with, living or dead, making them into a Dalek puppet. These slaves were used as sleeper...

For anyone interested magic did exist in Doctor Who, but the Time Lords were a little more successful than the Oans in DC Comics in sealing it off.

Magic was an umbrella term for the abilities of many beings and life-forms to influence reality in manners that did not respect the conventional laws of physics. As such, belief in "magic" was considered the opposite of rationality. During the Dark Times of the Doctor's universe, magic was...

What is interesting in EU Lore is that it fully embraces the concept of a Type IV multiverse, in that it can contain those run by magic, or universes composed of sound and all other kinds of stuff.

Am I the only person who finds quips per level and cantrips per level bizarre elements of character build for one of the Doctor's companions?

pemerton said:
Am I the only person who finds quips per level and cantrips per level bizarre elements of character build for one of the Doctor's companions?
Click to expand...

Fortunately they also sell the Doctor Who RPG, which is a point buy skill based system for those who don't think this is a good fit.

I can't wait to give my Battle Master quips!

pemerton said:
Am I the only person who finds quips per level and cantrips per level bizarre elements of character build for one of the Doctor's companions?
Click to expand...

Hell, I think it's weird that cantrip has become a catch all term for at-wills. I remember when Clerics had orisons...

A Review of Doctors And Daleks
2