Edge Announced It Will Be Making Star Wars RPGs....

Edge, a sister company to Fantasy Flight Games under the Asmodee Group, has just announced that it will be producing the Star Wars RPGs FFG originally produced. Fantasy Flight Games have produced Edge of the Empire, and various other Star Wars RPGs over the last decade or so, but folded its RPG department in favor of sister company Edge last year.

Of course, they announced this at GAMA trade show in March 2020. But here's the re-announcement, for those who didn't hear the first time round!

Edge Studio to Create Star Wars Roleplaying Games
2021/10/15
Edge Studio is proud to announce that it will be producing roleplaying games set in the famous galaxy far, far away. Edge, as a part of the Asmodee Group, is now an official licensee of Star Wars™ Roleplaying.

“We are really excited with the opportunity of working on one of the most beloved IP in the world,” Gilles Garnier, the head of Edge Studio, said. “We want to follow in the footsteps of FFG’s fantastic work over the years, while bringing our own vision of what a Star Wars™ RPG should be.”

Edge will be exploring some of the many eras of Star Wars, revisiting old classics while venturing into the exciting new frontiers of this setting. The studio looks forward to building on the legacy begun with Fantasy Flight games, who launched the wildly successful Star Wars roleplaying game Edge of the Empire. Sam Gregor-Stewart, the former lead developer on Edge of the Empire and now the RPG Manager for Edge Studios, said that he is looking forward to revisiting the Star Wars™ galaxy.

“Star Wars has always been one of my favorite settings, ever since I was a kid,” Sam said. “I loved my time working on the game lines Edge of the Empire, Age of Rebellion, and Force and Destiny. Now, with Edge, I’m really thrilled to have a chance to try something new! I hope we can create something fresh for our fans, while at the same time creating something that is going to awaken the same passion for Star Wars™ in a new generation that I felt growing up.”

With the licensing deal reached, Edge is also working to ensure reprints of existing Star Wars™Roleplaying products will be available to fans around the world. For more information on reprints and for other news on upcoming Star Wars™ products, be sure to follow Edge Studio on social media and on their website, as the website is expanded and enhanced in the coming months. FFG Star Wars & Other Roleplaying Games Aren't Going Away After All

A couple of weeks ago rumours surfaced that Fantasy Flight Games‘ Star Wars and other RPGs were going away permanently (this followed earlier reports of layoffs at the company). It looks like this is quite not the case, however -- instead, according to a presentation they did at the GAMA trade...

Back in January, it emerged that FFG was laying off a lot of staff, including RPG staff. Now, GM Chris over at d20 Radio is reporting that the company is discontinuing all RPG development, including Star Wars, Legend of the Five Rings, and its relatively newer Genesys universal system. He...

I'm hoping they release a new version of the game not split between campaigns. Same rules, but compiled into one "core book". I'd buy that!

Multiple core books is what kept me from diving into Star Wars. Not the funky dice. I don't want to buy the same system content three times.

Same. I actually got to like the dice system, much as I complained about needing special dice. (I eventually shelled out the like $5 for the app; made things much easier.)

Well, twice. There was never a world where I was going to buy the Jedi book. But the outer rim scum or alliance troop games were tempting options.
Click to expand...

I can appreciate that, but I have to say that I really like the different lenses the different games provide. A game with Bounty Hunters, Colonists, Explorers, Hired Guns, Smugglers, and Technicians feels a whole lot different from one with Aces, Commanders, Diplomats, Engineers, Soldiers, and Spies. Plus, the books are already frickin' massive (448 pages), so it's not like there is any room in any of them to expand them with more stuff to cover other campaign styles – unless you move away from the campaign-specific careers and use bland ones instead, or do a New World Of Darkness thing where you have a core book and then add-ons for different campaign types (which means you need to buy two books to get anywhere).

I was very skeptical about Edge, which couldn't even put up its own website... but now it's here, and it is slick!

Now this studio has a lot on its plate... Midnight RPG, Twilight Imperium (Genesys) RPG, Legend of the Five Rings (and a 5E version), and now Star Wars? It's a lot of stuff to juggle!

Some of the last books were compilations of stuff from the many published books. I hope we get a Force Powers book and Specialization Tree book.

Staffan said:
(which means you need to buy two books to get anywhere).
Click to expand...

I am absolutely fine buying a rule book and a setting book. It is buying the same content multiple times that irritates me. And NWOD is only the most recent example. D&D has been making a rulebook set and specific setting books for ever. Imagine if you had to buy a PHB every time you picked up a new setting book?

However, I realize that the Genesys core book already has the framework for that. So each of the setting books can have all the things that make that setting feel different and special, but the nuts and bolts are already centralized.

In the end though, it doesn't really matter. Just typing out loud. I don't think I'm target market anymore.

I like the idea of books with focus/lenses on the different era's or styles. But completely different core books? I didn't like that. Subtle differences, while I normally just ignore, would be tripping us up all to often.

Probably a 5e compatible version like they are doing with L5R.

That would be cool! That would fit rather nicely with some stuff I got planned!

So, are they bringing SW in line with the rest of the Genesys books? I'm fairly certain SW was basically the dry run for the system and has its own early iteration quirks.

Also, is L5R running on Genesys or its own thing?

sevenbastard said:
I got a bad feeling about this.......

TarionzCousin said:
Do you want me to tell you the odds...?
Click to expand...

Never tell me the odds.

Not gonna lie, that would be pretty great.

Just as long as they can produce something less...bloated...than Edge of the Empire, I'd be interested.

I have an odd request: I'd like Edge to sneak in an in-world affirmation of the existance of multiple Star Wars timelines. In a similar way that the Marvel Multiverse and DC Multiverse contain multiple timelines, which can actually be visited. And how the Kelvin Timeline is known (in-world) to exist alongside the Prime Timeline of Star Trek.

So that somebody (Yoda or a Whill) is actually aware of the Legends Universe(s). So that it's a Star Wars Multiverse.

And give all the timelines (i.e. the Story Group Universe and Legends Universes) some sort of official in-world moniker. Including the many, many timelines identified in the excellent "Star Wars Timeline Gold" document.

Likewise, introduce a character (perhaps a Whill) who can play that role, as a sort of gatekeeper or sage of the multiple timelines, from an in-world perspective. Someone like the barkeep of the World Serpent Inn (in D&D terms). 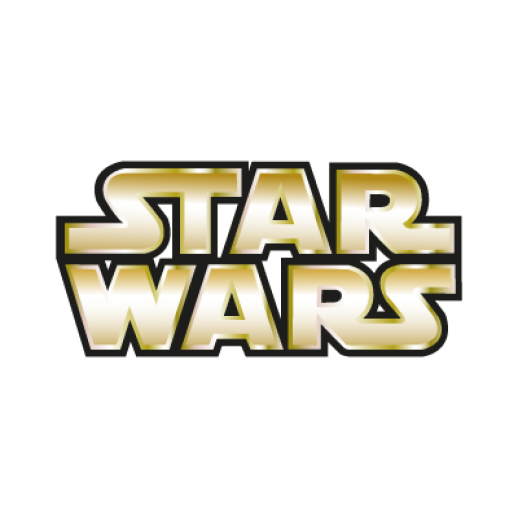 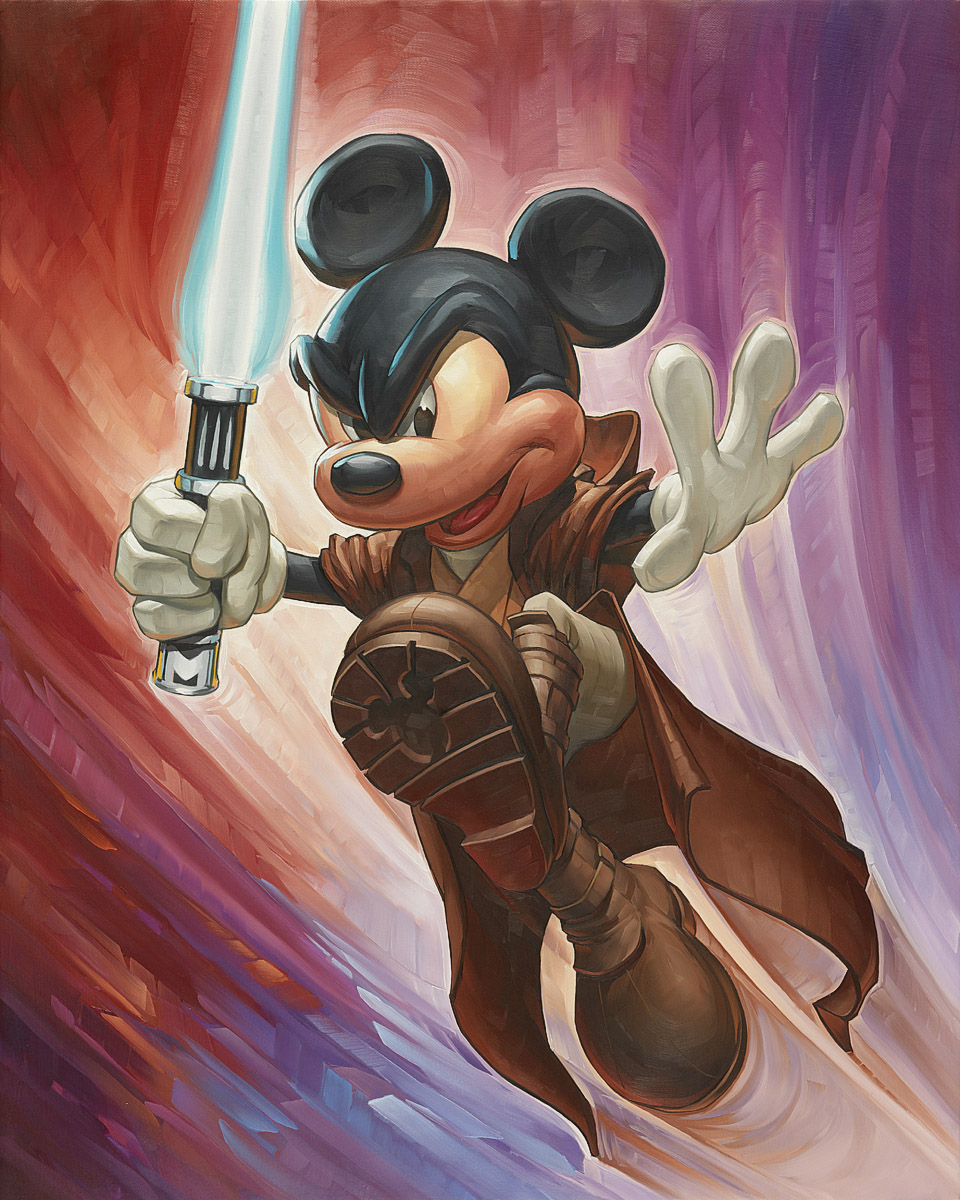 The Whills are aware of Capt. Kirk, Spock, and Starfleet: Spock

***
And here's how to publish it: in a Star Wars Infinities or Star Wars: Tales RPG sourcebook!

Dungeonosophy said:
I have an odd request: I'd like Edge to sneak in an in-world affirmation of the existance of multiple Star Wars timelines. In a similar way that the Marvel Multiverse and DC Multiverse contain multiple timelines, which can actually be visited. And how the Kelvin Timeline is known (in-world) to exist alongside the Prime Timeline of Star Trek.
Click to expand...


Disney is pretty strict on its IP, and pretty firm on the "singular Star Wars timeline," so I'm pretty sure they'd veto this if Edge presented it.

Actually, I find the news that there will be a 5e version of L5R more compelling than the headline. I’m not a fan of the propriety dice used in the current game, but still find the setting interesting enough.

Maybe I'm a cynic, but I get the vibe there's going to be two SW RPGs. Reprints of the FFG material to hold fans over until EDGE decides whether or not to make a completely new game.