Sounds like you two are talking about the same thing from two different points of view. He's been watching you deal with Microsoft customer support.

I'm watching Argo and the movie is filled with black comedy gold
"This is the best bad idea we have, sir. By far"
"I should have brought a book to read in prison."
"Nah,they'll kill you long before prison"
"At least they'll be confused while they torture you"

One of these days I'm going to watch that movie.

I did another thing

I couldn't sign into my email account because you blocked it for suspicious activity, you won't let me recover the account by answering dozens of annoying questions, but you let me hit the Forgot Password? thing and change the password, and now I can get in with the new password?!?!?! Really? (But now I can't change the password back to the old one... because that would be unsafe.)
There are not enough and smilies on the internet...
Oy.

Saw Invincible on Amazon. So good.

Saw Netflix's Dota and that was good.

trappedslider said:
I need someone to tell me if this is going good or if i should listen to my brain and just give up Second chances rewrite
Click to expand...

I want to read it, I really do, but the layout on iphone is so horrible that I can’t! I’ll try to remember when I get on an actual computer...

This is what it looks like on my phone: 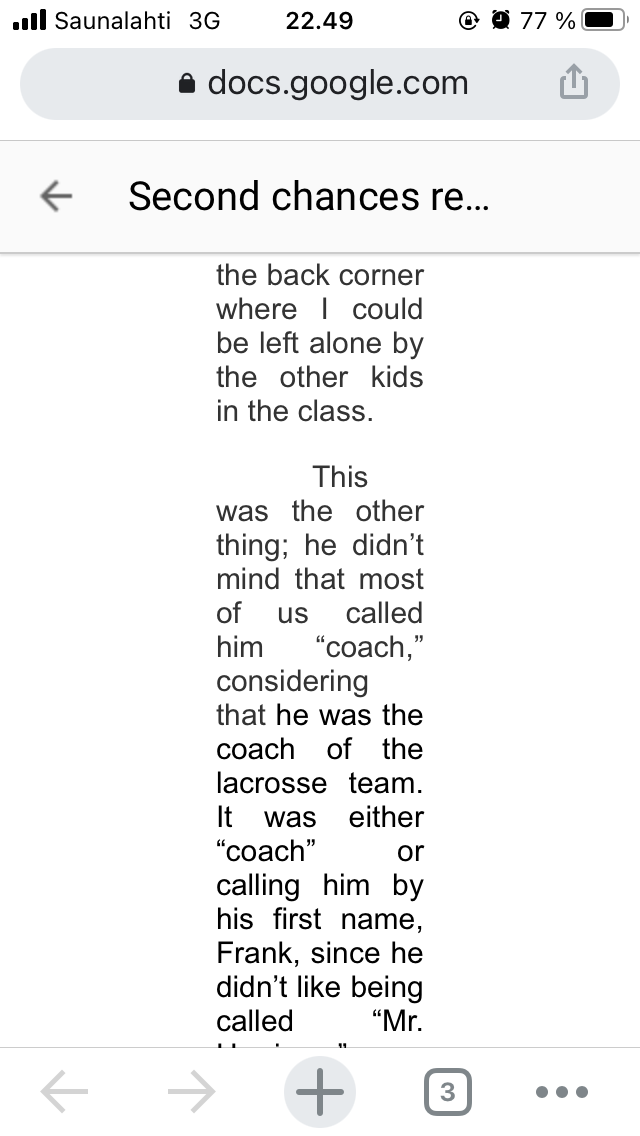 rotating your phone from up and down to horizontal? I can try to upload it elsewhere and toss you that link if you want. Try Penzu
Last edited: Mar 29, 2021

trappedslider said:
rotating your phone from up and down to horizontal? I can try to upload it elsewhere and toss you that link if you want.
Click to expand...

Hah! Surprisingly that worked! Didn’t even occur to me as I never use the phone like that

In the thread about WotC owning D&D longer than TSR, someone mentioned the Berlin wall has been down longer than it was up. Is there something that has blown your mind when you realized how much time had passed?

One that got me; a whole new generation is now fighting the so called war on terror. Kids born after it started are now going to Iraq, and Afghanistan.

Paul McCartney has met fans who didn‘t know he was in a band before wings (called The Beatles).

I see memes all the time about how people don’t realize how old some TV shows actually are, like how Star Trek from 20 years ago is Enterprise, not NextGen.

I heard the Paul McCartney one before. I'm not sure it's true. How do you not know he was in the Beatles?

And you often hear the phrase "older than sliced bread" it would be funny to meet someone that embodies it. lol

I found an old western series called Tales of Wells Fargo. The guy the series is about had a hell of a life. I bet I could have asked my dad about and he would have seen it. He loved westerns.