Dragonlance Lunar Sorcery: A Preview from Shadow of the Dragon Queen

WotC has posted a preview from the upcoming Shadow of the Dragon Queen on D&D Beyond, diving into the Lunary Sorcery subclass. 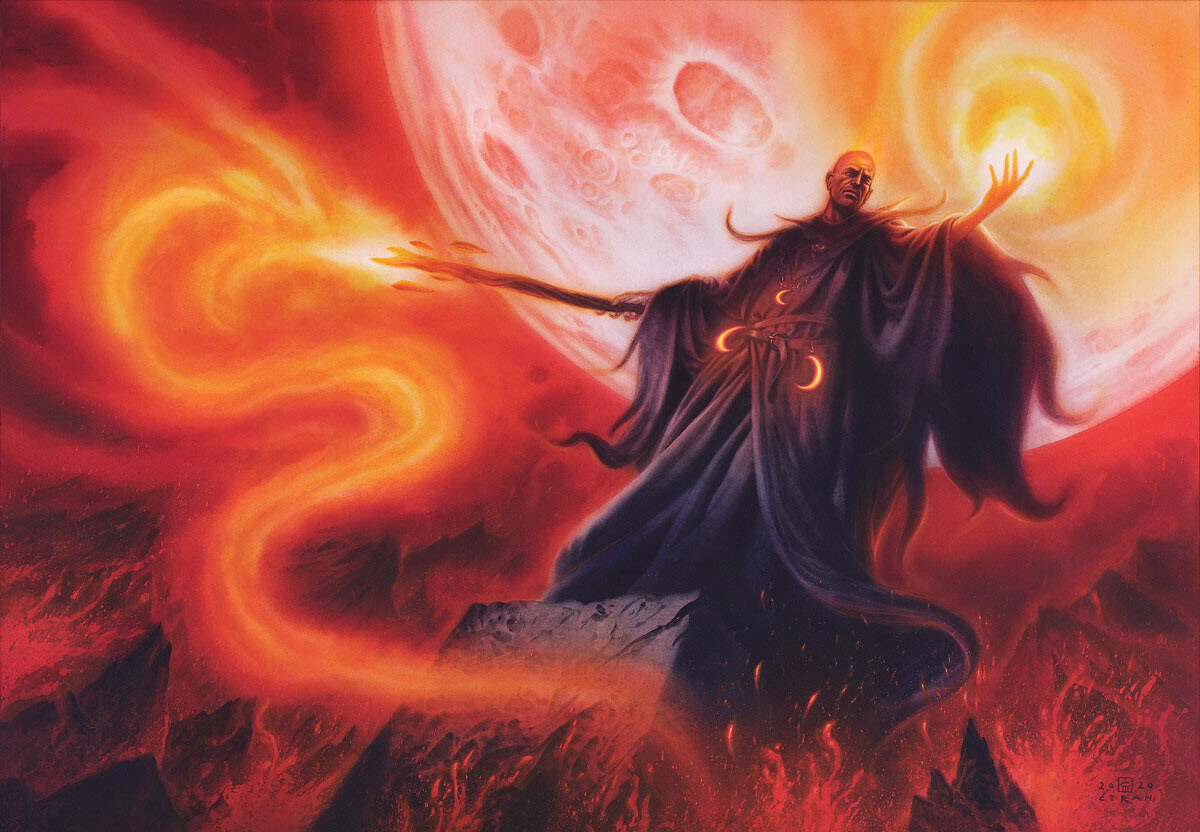 Traditionally magic in Krynn has been represented by the Wizards of High Sorcery, who owe their allegiance to one of the black, red, or white moons (and gods) of magic. Sorcerers weren't around in D&D when Dragonlance was created.

Lunar Sorcerers also draw power from the moons, based on the moon's phase (Full, New, Crescent). You choose the phase each day (though at later levels you can do so more often). The subclass gets a lot of spells (15 additional spells!) 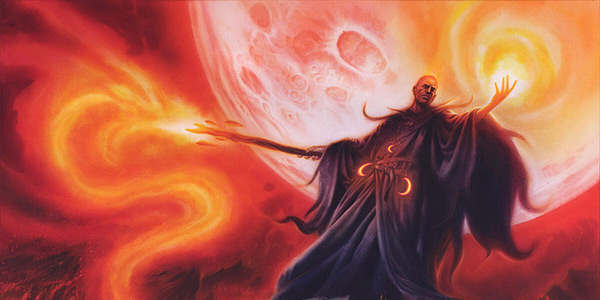 Harness the power of the moon with the new Lunar Sorcery sorcerer! Here's a sneak peek at the versatile features granted by this celestial subclass.

As per usual I'm somewhere in the middle. Not everything should be added stuff that makes sense also doesn't matter eg Barbarians.

I could also see Sorcerer's added but they're not popular with the towers.

So you have a list of approved stuff. Some things like half orcs don't exist but are a maybe vis planar travel.

Suff that doesn't fit eg warlocks PCs can cuosevthen but they're essentially unique.

WotC new take probably gonna suck anyway not gonna buy it and wouldn't buy it in any event even if it was a faithful update of 1E with minor tweaks.

It'll be a generic kitchen sink type thing and there's already better ones in 5E eg Midgard or adapt golarion or something.

I'm not in the target market basically no matter what.

cbwjm said:
The 3e dragonlance stuff was really good, a great update of the setting. They did have to have a couple goes at the Knights of solamnia though, the initial attempt tried to hew too closely to the original method of moving through the orders which required a lot of preplanning of skills and feats.
Click to expand...

Yes. The class progression was wonky.


Micah Sweet said:
Long-time posters on this site know of my love for 2e settings. Those that made it to 3e were mostly done well too, imo. 5e's setting offerings just don't have the meat I'm looking for.
Click to expand...

While I prefer the 3e stuff for lore, agreed. 5e is lacking in that regard. The mechanics are far superior though.

Zaukrie said:
I'm five pages in, are any posts about the actual preview, or are they all about how things were twenty or thirty years ago?
Click to expand...

You must be new here. Welcome to every Dragonlance thread ever since the internet's inception.

Remathilis said:
So I am the opposite. I think the sorcerer hurts too much currently from its small spell selection and spell list. The current sorcerer is always picking the most efficient spells at the cost of flavor or theme. You're always going to want magic missile, misty step and fireball regardless of what your subclass is, and with some themes (shadow or non-fire dragons) there aren't enough spells to be on theme.

Granted, I don't know what the final list looks like, but the old list gave a decent mix of defense, radiant damage, illusions and even a little healing, stuff very on flavor for the moon(s) that a sorcerer could never fit in their selection, even if they somehow found a way to get it on the sorcerer's list at all.

Lastly, the lunar sorcerer really doesn't have that many powerful class features that aren't just improved spellcasting. Their level 1 abilities are bonus spells, a bonus augmented cantrip, and a free first level spell. At 6th, they get the ability to switch phase and a discount on metamagic. You have to be 14th level before the class gives you a feature that isn't just more spells and free metamagic. Compared to clockwork soul which gives you all sorts of dice shenanigans and protection abilities and it is kinda boring. So a lot of the wealth of it comes from that huge list of spell options.

I gave the other sorcs bonus spells (dragon, wild, shadow, divine and storm) after Tasha, and people have been happy with the improvement. It's a good stopgap until 1D&D playtests the sorcerer.
Click to expand...

More on these to the actual thread, mechanically I do actually like this subclass. Currently trying to figure the logistics on seeing if I can make a wizard varient of it myself as well. My main concern with it at the table is that it feels like it's going to be a bit wonky, swingy in terms of their character being radically different depending on the moon phase and it feels a bit complicated. I'll give them credit that based on the preview it looks like they simplified it a bit from the initial UA though I worry this subclass could be a bit cumbersome for newer players. Agreed that sorcerers need bonus spellls though 100%

WotC just tweeted out a list of class features going up to 18th level.

darjr said:
WotC just tweeted out a list of class features going up to 18th level.

Nothing new. Just what we knew from the D&D Beyond article.

Dragonlance We already have confirmed errata