OK, so here goes. I'm going to add new tidbits as I have time and think of them, but here are a few to start. Keep in mind that except where I say I witnessed things or was told them by Lorraine, these are essentially rumors (but fun nonetheless). 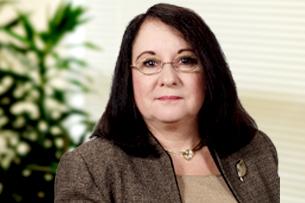 1) My very first personal encounter with Lorraine was a doosy. I was walking toward the TSR breakroom to get some snacks. One of the doors to the executive area opened into the narrow hallway that led to the snack room. As I was walking past, the door flew open as Lorraine came barging through it. The door whacked me hard enough to knock me off my feet and into the wall across the hallway. (Lorraine was a very large woman, 6 feet tall and probably 300+ pounds, whereas I was about 145 pounds.) She apologized profusely and helped me up and I just glared at her, really pissed off. A week or so later she was in charge of TSR and I avoided execuland for quite a while.

2) Lorraine's money (according to rumor, which she confirmed) was based on a trust fund she and her brother, Flint Dille, were given at birth. They each received what I was told was $7M. Lorraine eventually used hers to buy TSR while her dumbass brother (more on him later) used his to buy his way into the entertainment industry, as far as I could tell.

This trust fund came from the family fortune, which was based on the Buck Rogers license. Lorraine told anyone who would listen that her grandfather created Buck Rogers. This was not true. He apparently obtained the rights to the license at some point from the original creators and made a fortune off it. I once called Lorraine on this, asking her if it was true that her grandfather created Buck Rogers. She said yes. I replied that it was strange then that I had a Buck Rogers book from the 1920s (or so) given to me by my grandfather and that book had two men's names listed but neither of them was Dille (the family name). She looked at me for about 5 seconds and then said that she'd really like to see that book. I said that I'd try to find it and then never did. Not sure what she wanted to do to the book and didn't want to find out. I do indeed have that book and it does indeed not list Dille anywhere in it.

Her younger brother Flint was the licensor for the BR license and all proceeds went into the "Dille Family Trust," from which Lorraine and Flint benefited. Thus soon after she took over, we were told we'd be having a Buck Rogers line of products. BR products (a board game and an RPG and associated products) were put on the schedule for the coming year. No one wanted to work on them. Finally Jeff Grubb agreed to be the designer and I think Warren Spector the editor. In the opinions of everyone I heard, this was solely a means of sucking money out of TSR and into Dille pockets. I can't imagine the BR line ever made any money, but I think the board game was pretty cool, despite everything Flint cuold do.

Worse than having to do games based on a license that had an execrable TV show in the 70s was having to deal with Flint. He'd periodically slither in to TSR and proceed to drive everyone associated with the BR line crazy. He used to give such stupid pronouncements that the artists took a cartoon image of Orcus ordering about cowering minions and photocopied it dozens of times and put a word bubble with Flint's dictates in each one. Until they were torn down by parties unknown, we'd all chuckle at images of Orcus saying things like "Make the spaceships rounder but more square!"

3) Flint: I don't know if Lorraine's brother ever had a real job in his life. I believe he used his trust fund money to buy his way into the entertainment industry. His first credits, if I can term them such, were as some type of producer on Garbage Pail Kids, if you remember that esteemed show. He kept cropping up in various positions, sometimes in LA, sometimes in game-related things. I've seen him lounging around at GenCon a number of times but have no idea what he's ever done worth speaking of.

4) Lorraine did away with performance reviews once she was in charge of TSR. The rumor was that she hated them because she got a bad one at some point and it apparently traumatized her.

5) Lorraine's husband (no recall of his name) was supposedly a big-time soap opera producer. I heard this from someone other than Lorraine. He was said to have produced some soap opera that even I'd heard of, like the Guiding Light or General Hospital or something like that.

6) This is rather cruel but I will pass it along, considering my audience. One Christmas party, Lorraine announced she was eight months pregnant. While we all politely applauded, you could see all the stunned looks in the room; almost no one knew. Did I mention she was a large woman? Surprised

7) I did not witness this but was told it independently by two higher-ups whom I trusted. Lorraine once got pissed at something done by the head of the book department at TSR. She called the dept head into a meeting of all the execs, called her a "stupid, useless cow," and fired her on the spot.

Will add more as I have time and think of them.

That being said, here's something horrible to admit: The vast majority of modules and systems in hardback books were not playtested, to the very best of my knowledge. The designer would make them up, perhaps playtest them on his own or informally call a buddy or co-worker over to review or briefly playtest them, but as a general rule I saw very little playtesting occur. This is why I always refer to people in my position as editor/developers, because we were basically the only check against total weirdness. I remember working my way through one of Tracy Hickman's modules, intended for mid-level characters, and coming upon a room that had something like 6 or 8 liches in it. It was fricking LichCon11 in there and would have totally fried any party that kicked in that door. I knocked it down to a single lich but every so often think of the high-pitched screaming that would have resulted all over the land had I failed to see that.

Now, I know this just confirms something most people here have suspected or known all along, but I don't believe it's as bad as it could have been. There was a group of smart, experienced designers there and we had smart, experienced editors and I think/hope we caught a lot of the oddness that might have occurred. But I saw enough weird cross my desk that I know in my heart of hearts that very little playtesting went on before those pages reached me. And I know that virtually no playtesting went on after they hit editors' desks. There was just no time at that point.

As I have said a few times, I hope people can separate the company and the situation from the people who worked there. Everyone in the design department was doing his or her best to put out the best possible product. No one there was just shoveling out the door. We struggled pretty mightily to make the work we did as good as we could, under the conditions. At levels above us there might have been a shovelware mentality, but everyone in the design department cared deeply about what we were doing. It wasn't to the liking of most people here, but that doesn't make it innately bad work.

So, my answer is that I don't recall Lorraine forbidding us from playing games (and I think I'd remember that, to be honest), but much of what left our doors received little to no playtesting that I was aware of, due to time and resource factors.
Last edited by a moderator: Aug 7, 2019
Click to expand...

The link above to the original thread is at
http://www.knights-n-knaves.com/phpbb3/viewtopic.php?t=5996

I was expecting a bit more recent material on this. Still interesting nonetheless.