There's a new Unearthed Arcana in town! "The bard receives a new Bardic College feature: the College of Eloquence. Additionally, the paladin gains a new Sacred Oath feature: the Oath of Heroism." 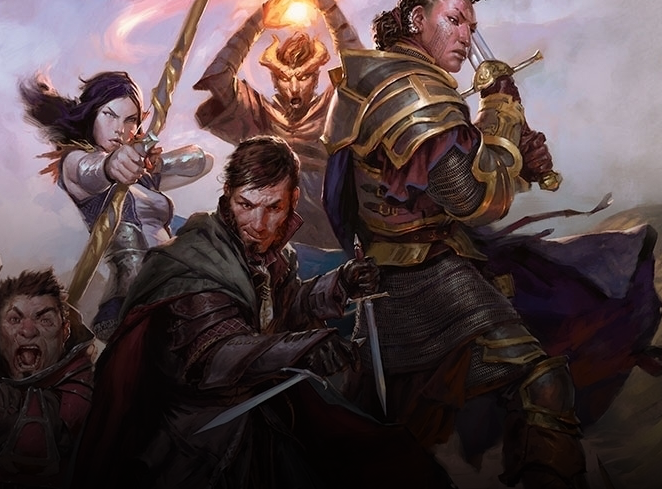 gyor said:
You know 3rd party Greek themed 5e Setting used Barbarian for Herules themed subclasses, but it's interesting the WotC uses the Paladin instead. I like that because it means less overlap.
Click to expand...

Hercules goes into rage to fight his wife and kids (and maybe a music teacher), but not against a hydra or giants? That doesn't speak well of the 3rd party product.

JPL said:
I decided that the Paladin of Heroism talks like some combination of Thor, Drax, and Lothar of the Hill People. Might have them hail from Faerun's Old Empires --- maybe one of the Mighty Sons of Gilgeam the God-King?
Click to expand...

Parmandur said:
You know, GIlgamesh was Crawford's go-to Oath of Heroism example for the Dragon+ stream about this article.
Click to expand...

Hopefully a future adventure will focus on the Old Empires. Chessenta and Unther in particular. And especially Akanax. Where shouting "THIS. IS. AKANAX!!!" is a greeting.

MechaTarrasque said:
Hercules goes into rage to fight his wife and kids (and maybe a music teacher), but not against a hydra or giants? That doesn't speak well of the 3rd party product.
Click to expand...

Odyssey of the Dragonlords already had a dragonrider paladin and the herculean barbarian was added later as a stretch goal. Arkadia's paladin is a divine sovereign.

Xenonnonex said:
We need a Revolutionary Paladin whose mechanics lend to toppling the burgeois and seizing the means of production.
Click to expand...

I probably should have listened.

Isn't that what we have Fiend Pact Warlocks for...?

I probably should have listened.

There is also this guy, if you want a totally different take!

Gradine said:
I probably should have listened.
Click to expand...


How can you be a Paladin if you abolish all Classes?!

doctorbadwolf said:
Honestly, I'd rather have a shadow warlock than anything they've playtested except the artificer, but because so many people see the sorcerer and claim the concept is "covered", it ain't happening anytime soon.
Click to expand...

I’d say the aberrant mind sorcerer is evidence that a concept being “covered” by another class isn’t reason enough for them not to go there.
Last edited: Sep 23, 2019

Oath of the Common Man. Well, file that one away for the hopepunk campaign. Didn't Chainmail have Communist dwarves?

So the Oration Bard . . . lotta different archetypes you could do with that. Attorney. Con artist. Roman politician. Greek philosopher. Warrior-poet.

Oooooor . . . maybe just a guy with some brass dragon blood who came out of the womb and started talking immediately and never quit. Might use half-elf stats.

Undrave said:
How can you be a Paladin if you abolish all Classes?!
Click to expand...

Also, I used to read "New Mutants" in the 1980s, and I kinda like that Cypher kid, and would like to do that, but like a gnome or something.

Or if you're a warforged, you got a nice C3PO thing going on.

MechaTarrasque said:
Hercules goes into rage to fight his wife and kids (and maybe a music teacher), but not against a hydra or giants? That doesn't speak well of the 3rd party product.
Click to expand...


WTF? Rage works for like it does for any Barbarian subrace basically.

gyor said:
WTF? Rage works for like it does for any Barbarian subrace basically.
Click to expand...

There is one story in Greek mythology where Herc is described as going into a rage: the one where he kills his wife and kids. As soon as he got the hydra's blood, he lead off by shooting things with his arrows unless grappling is required.
Please explain how "archery rage" is just the same as any other kind of rage.

Edit: Don't get me wrong, Herc is particularly hard to model as a PC class since he starts with superhuman strength (basically as much as he needs whenever he needs it), and outside of getting some better gear and being smarter about fighting monsters, he doesn't really level up until he goes full god. If superhuman strength is the best selling point for the barbarian, baby Herc was a 20th level barbarian.
Last edited: Oct 3, 2019