Don’t forget, you can get all the news every week with Morrus’ Unofficial Tabletop RPG Talk! This week, Morrus and Peter talk about the big week in RPG news! 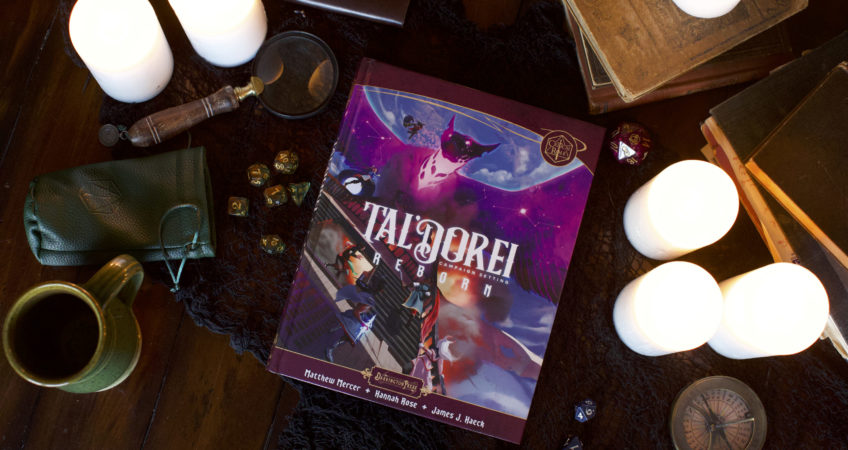 Just when you think it might be over, it isn’t actually over. Mere hours after reporting last week about the lawsuit filed by Justin LaNasa’s TSR LLC (aka TSR3.5), a Notice of Voluntary Dismissal was filed in the North Carolina District Court. The dismissal, which was filed on December 12 but is dated “the 21st day of October, 2021” (likely due to a formatting error), requests a dismissal without prejudice, meaning that TSR3.5 can re-file the lawsuit in the future. Meanwhile, the lawsuit seems to have started on December 6 when Wizards of the Coast filed a Cancellation request for TSR3.5’s trademark filings. The notice not only assets that Wizards of the Coast has continued to use the TSR trademarks in commerce by selling reprints of older products, but also stating that LaNasa’s trademark filings were fraudulent as he was aware Wizards of the Coast continued to use the trademarks yet claimed on his form that they were not. TSR3.5 has until January 16, 2022, in order to respond. For those unfamiliar with the saga of the various companies calling themselves TSR, Morrus has put together a summary of events covering all three (or possibly four) companies involved. 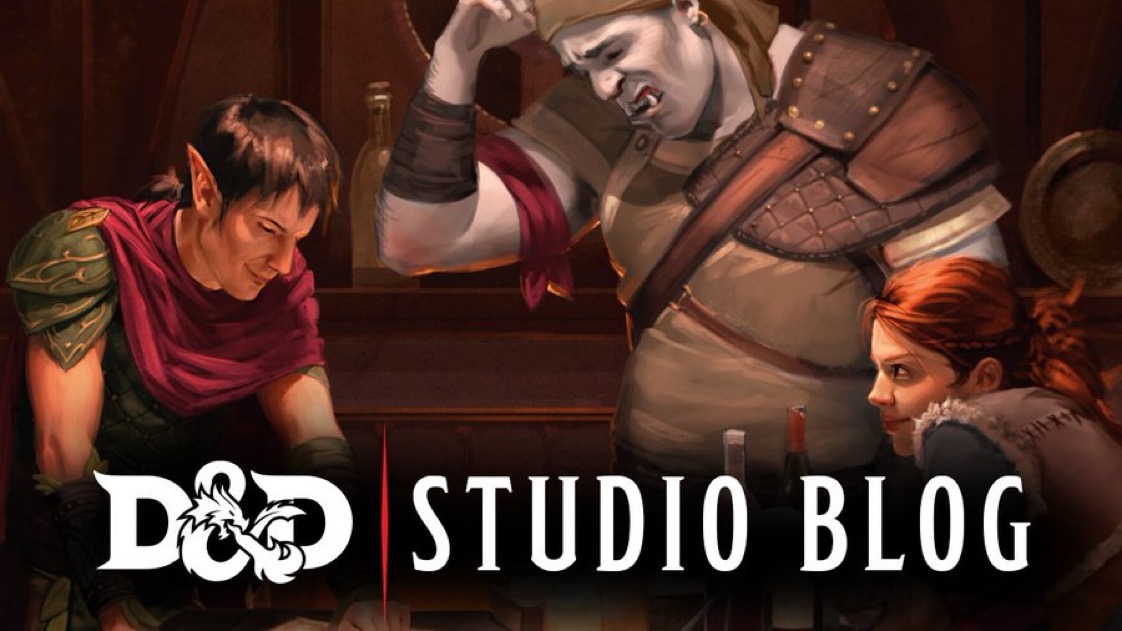 Wizards of the Coast released new errata for several of their books this week. This errata applies to Curse of Strahd, Dungeon Master’s Guide, Player’s Handbook, Storm King’s Thunder, Sword Coast Adventurer’s Guide, Tales from the Yawning Portal, Tasha’s Cauldron of Everything, Tomb of Annihilation, and Volo’s Guide to Monsters. The biggest changes involve alignment, which has been removed from the Racial Traits section of races, and changes involving specific races such as the Drow and Vistani. The changes caused some controversy online, causing Executive Producer for Dungeons & Dragons Ray Winninger to write an addition to the post on Thursday explaining the reason for the changes. Winninger states the changes are to better reflect the multiverse of D&D as blanket statements about races do not apply across all settings. “The orcs of Greyhawk are quite different from the orcs you’ll find in Eberron.” Other changes are meant to remove prior guidance for players such as “Dwarves are usually lawful” and personality traits for intelligent monsters in order to allow players and DMs to create their own characters for their games and to adjust for the lore of different settings. The errata also includes some rules clarifications and wording changes typical of such updates.

It’s the final week for nominations for Most Anticipated RPG of 2022. In order to nominate a game you’re looking forward to next year, leave a comment on the thread linked above with a link to the product. The full rules are available in the post as well, but the short version: It must be a stand-alone tabletop RPG (no supplements, settings, sourcebooks, adventures, etc.). It must be due for a general release in 2022 (not Kickstarter fulfillment or pre-orders). You cannot nominate a game that you are affiliated with. You must include a link to the game. Also, this is just the nomination stage so multiple nominations for the same game won’t help, wait for the voting phase to start! You can nominate up to two games. Nominations are open until Thursday, December 23. 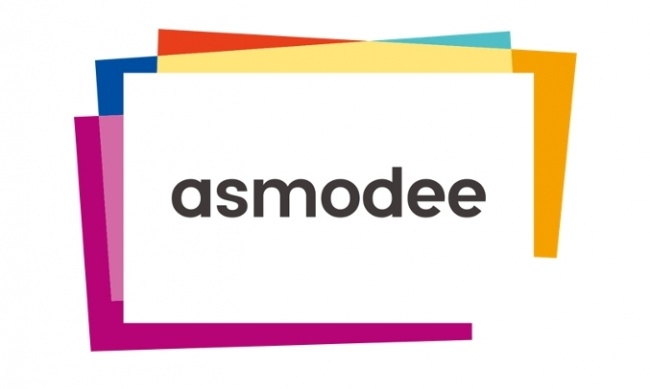 Video game conglomerate Embracer Group has entered into exclusive negotiations to purchase Asmodee. While no purchase price has been officially disclosed, the deal is reportedly for €2.75 billion (US$3.1 billion, £2.3 billion). Asmodee Group is currently owned by holding company PAI Partners who purchased the company for US$1.4 billion in 2018. Embracer Group was formed from THQ Nordic during a restructuring of that company in 2019 as a holding company, and later acquired Gearbox Entertainment (Borderlands, Brothers in Arms, Duke Nukem Forever), Saber Interactive (World War Z and ports for HALO, Witcher 3, and other titles), and Deep Silver (Saints Row, Dead Island). 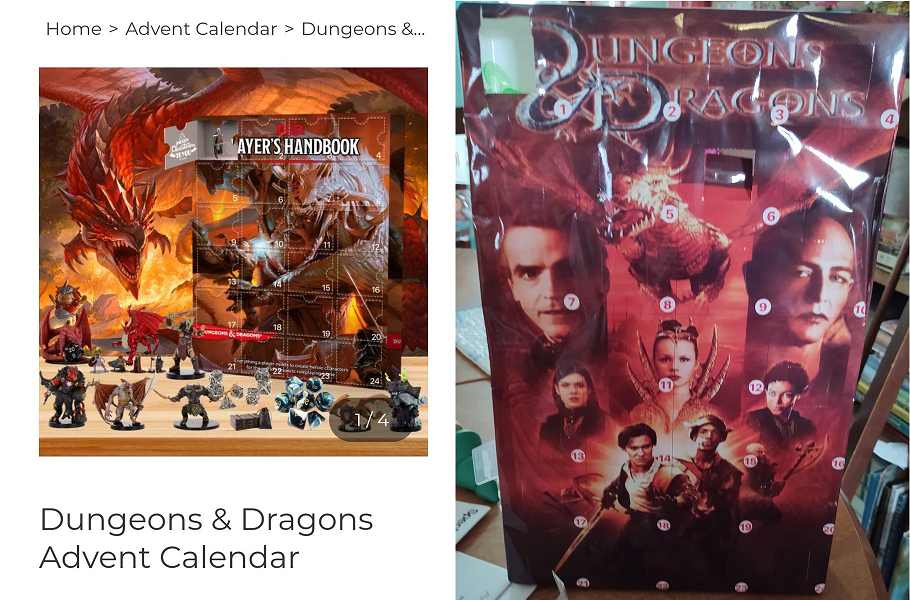 Twitter user Bad DND Advice (@nat1advice) purchased a pair of Dungeons & Dragons advent calendars off of a Facebook ad which has turned into a saga of bootleg merchandise. The thread started on December 2 after an advertisement showed up featuring an advent calendar with the cover art of the Player’s Handbook and several minis, dice, and other items you’d expect from a D&D advent calendar. The product he received, however, featured the poster image of the 2000 Dungeons & Dragons film. So far, the items inside the calendar include a gumball machine sized figurine from the anime Digimon, a fishing lure, rubber duckies, off-brand Lego-style building bricks, and a small horde of small dinosaur erasers among other oddities. As of Door 16 out of 25, there appears to have only been a single trinket that could possibly be considered D&D-related, a plastic unpainted miniature of a skeleton. Technically the dinosaur toys might count considering Gary Gygax used plastic toys he purchased from a dollar store that were bootleg Ultraman toys to use as miniatures for what became iconic monsters such as the rust monster and owlbear, but I don’t think the makers of this advent calendar know that particular story. Bad DND Advice has been updating daily with new discoveries (most of which will likely just be more tiny dinosaur erasers). 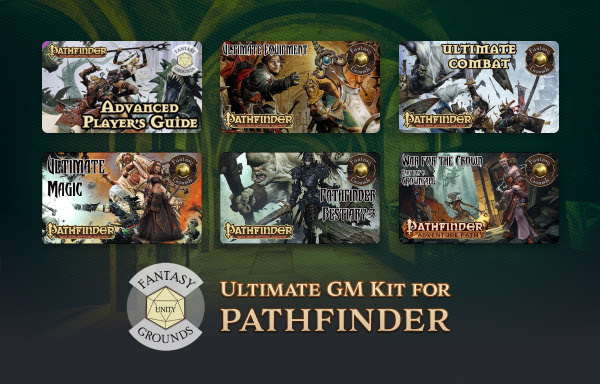 Paizo has two bundles currently live on Humble Bundle. The first is the Pathfinder Second Edition Beginner’s Bundle featuring a total of 32 items at the top $50 tier including digital copies of the Pathfinder Second Edition Core Rulebook, Pathfinder Second Edition Bestiary, Starfinder Core Rulebook, and a large collection of sourcebooks, setting books, maps, adventures, and more plus a physical copy of the Pathfinder Second Edition Beginner Box (though this option has been so popular that the Beginner Box is currently on back-order so expect a delay in shipping if you choose this tier). This bundle benefits the Trevor Project and Tabletop Gaymers and runs until Saturday, January 1. The other bundle is the Ultimate GM Kit for Pathfinder featuring 29 items for Fantasy Grounds Unity at the top $50 level including a 3-month subscription to Fantasy Grounds Unity Unlimited and a large selection of Pathfinder 1st Edition rulebooks, adventures, map packs, sourcebooks, and more. This bundle benefits Extra Life and also runs until Saturday, January 1. There’s also a deal to pick up both bundles for $100 and receive an additional $10 credit toward purchases on the Humble Store.

If your tastes spin more toward the near-future, then listen up you primitive screwheads because the Cyberpunk Bundle is back. This bundle features 30 items at the top $18 tier including a library of books for Cyberpunk 2020 including the aforementioned Listen Up You Primitive Screwheads, all four Chromebooks, Solo of Fortune, Night City, and more plus the Jumpstart Kit for Cyberpunk Red. This bundle runs until Monday, December 27.

I didn't know it about Asmodee. This is a serious acquisition. We are talking about the second giant in the board games industry after Hasbro. Can you imagine the number of IPs in the same hands?

I didn't think Asmodee could get any worse with their terrible customer service policies and their MAPP policy.

And just to remember, 10 years ago FFG was THE NAME in Customer service and game making (individual games).

Now days they are more into LCG and tablet/boardgame hybrids (boardgame which requires a tablet to actually even play, as it cannot be played without a tablet or phone using a specific app for the boardgame) rather than standalone boardgames.

PS: Also...thanks for the Humble bundle links. They look interesting.