News Digest for the Week of February 12

Hello everyone, Darryl here with this week’s gaming news. Dungeons & Dragons movie casting news, The One Ring 2e Kickstarter launched, more info about Pathfinder for Savage Worlds, an update on the industry from multiple companies, and more!

Don’t forget, you can get all the news every week with Morrus’ Unofficial Tabletop RPG Talk! This week, Morrus and Peter discuss the past year and adapting to virtual tabletops over in-person play. 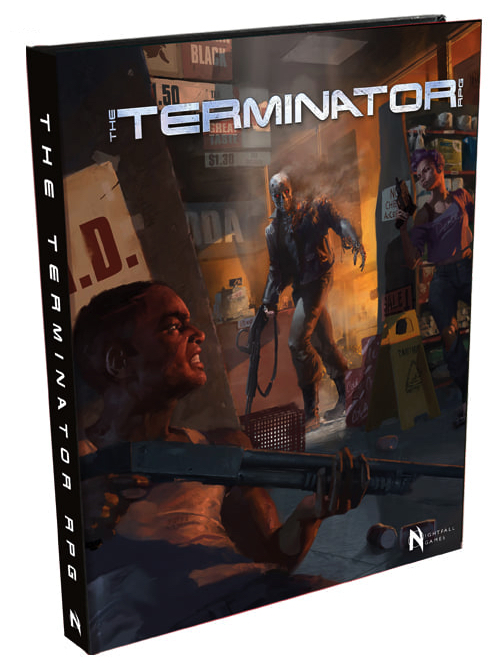 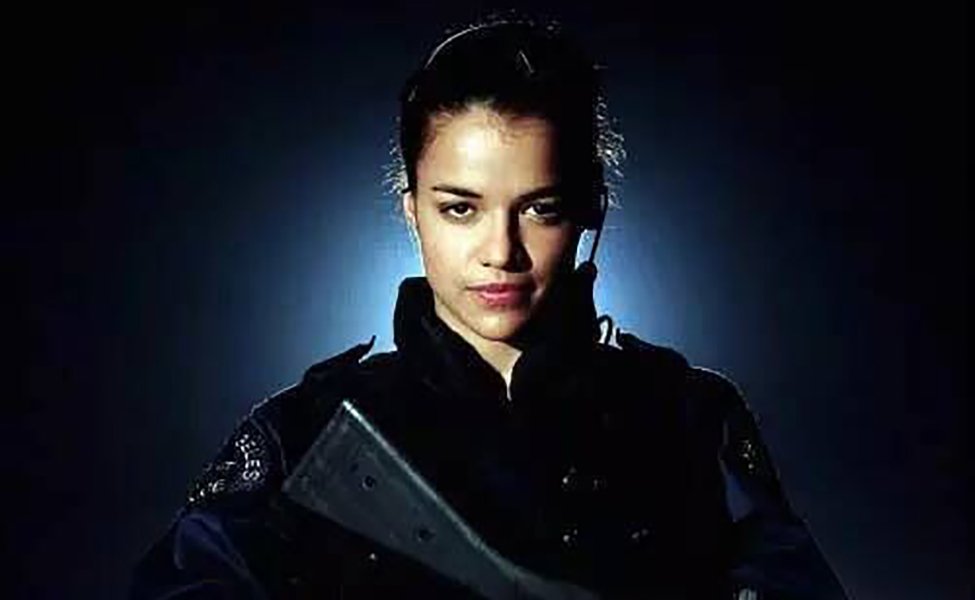 More casting news for the upcoming Dungeons & Dragons live-action film as eOne announced the casting of Michelle Rodriguez and Justice Smith. Michelle Rodriguez is best known for her roles in James Cameron’s Avatar, multiple films in the Fast and Furious franchise (alongside well-known D&D fan Vin Diesel), a recurring role in the television series Lost, and the video game based films Resident Evil and BloodRayne. Justice Smith played Franklin Webb in Jurassic World: Fallen Kingdom and the upcoming Jurassic World: Dominion and Tim Goodman in Pokemon: Detective Pikachu. Despite almost immediate claims across social media that the film will have a plot similar to the Dungeons & Dragons animated series from the 1980s or the film franchise Jumanji where players of the game are sucked into the game world, there have been no plot details announced and it is unlikely that the script has been finalized at this point of production. Rodriguez and Smith join Star Trek and Wonder Woman actor Chris Pine in the cast with Spider-man: Homecoming writers John Francis Daley and Jonathan Goldman directing. 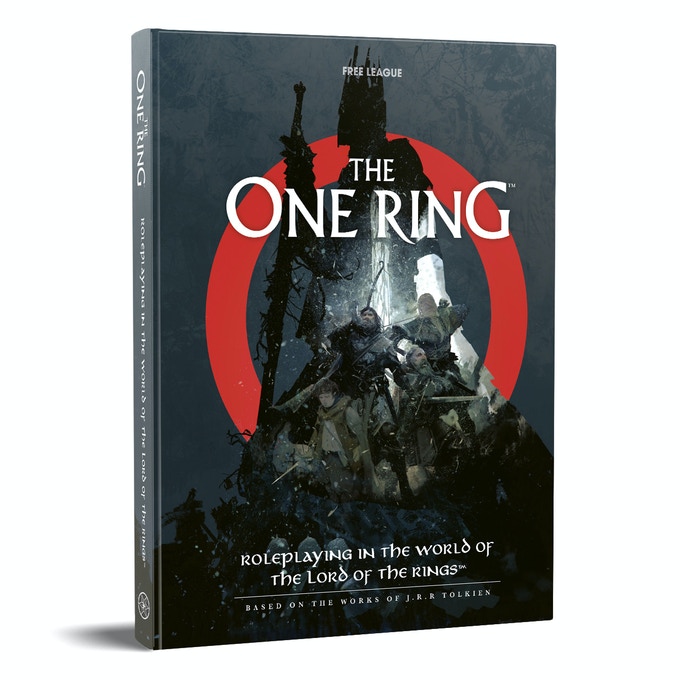 The Kickstarter for The One Ring 2nd Edition from Free League Publishing launched this past Thursday following a pre-release trailer announcement on Tuesday. The crowdfunding effort already raised over SEK5.3 million at the time of writing (about US$640,000) and continues to grow. The PDFs of the core rules and starter set are available for a pledge of SEK298 (about US$36) with the hardcover of the core rules and PDF of the starter set at SEK498 (about US$60), the printed version of the core rules and boxed set SEK798 (about US$96), and a limited edition leather-bound hardcover for SEK1198 (about US$144). At this pace, it is likely that The One Ring 2e may end up the most funded tabletop RPG Kickstarter of all time, as it is already at half of John Wick’s 7th Sea at $1.2 million and a third of Matt Colville’s Strongholds & Followers at $2 million. This Kickstarter is, believe it or not, completely funded and will run until Thursday, March 4. 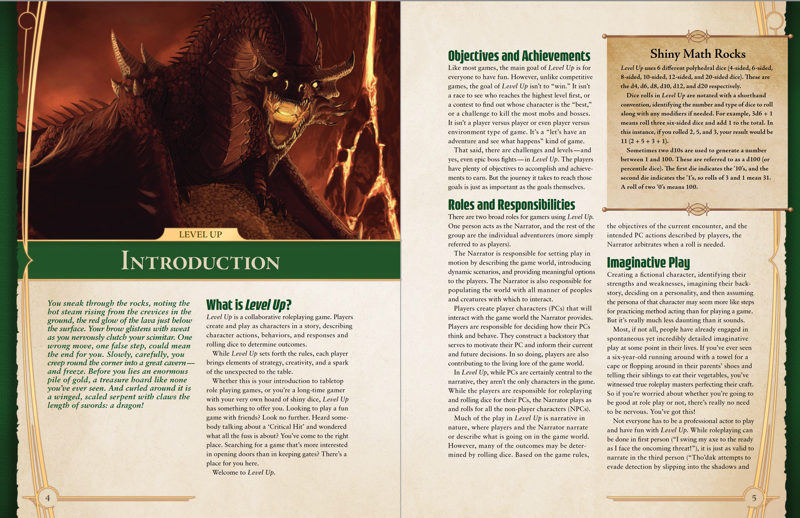 EN Publishing posted two new previews for Level Up 5e this past week. The first features a preview of the layout of the book from Frank Michienzi, showing off the first two pages of the Introduction and Character Creation chapters. You can also get a peek at some of the art from Claudio Pozas and Shen Fei. And if you want a bit of the steak to go with your sizzle, there’s a new design blog post with an early draft of the player economy rules and how players can spend their gold at higher levels. You can keep up with all the updates on the design of Level Up 5e along with playtest documents and surveys at the Level Up 5e website. 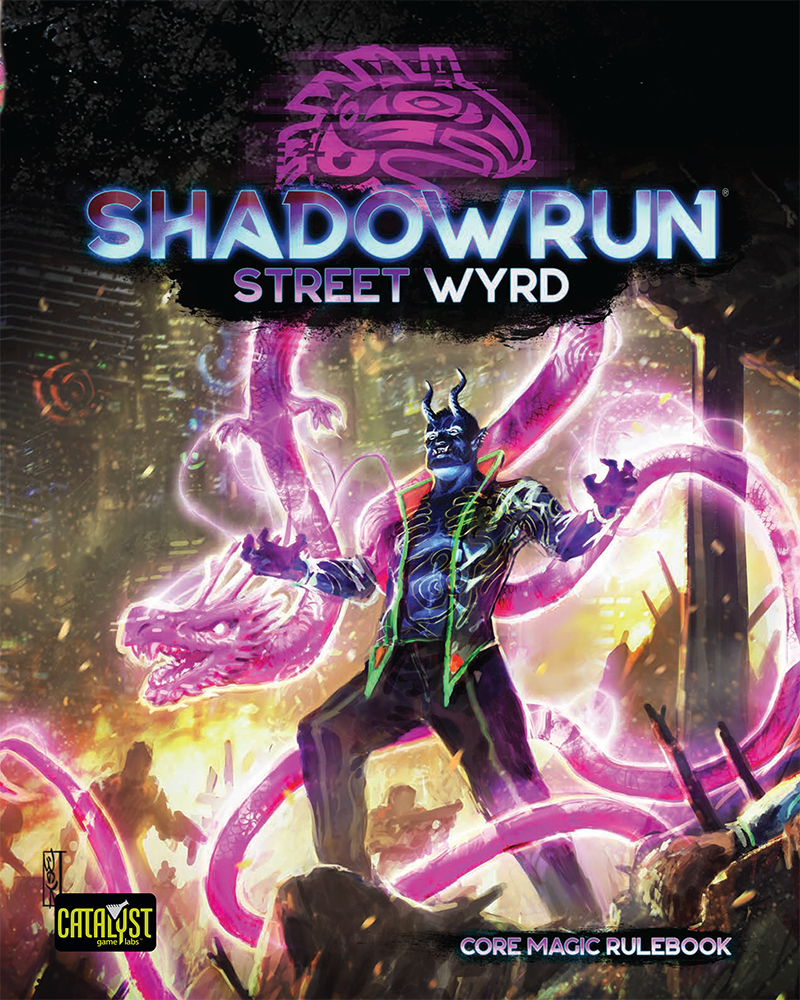 Catalyst Game Labs released the second core sourcebook for Shadowrun Sixth World this week, the magic-focused Street Wyrd. The book expands on the magic rules from the core rulebook to give you more options for your Awakened characters including new spells, adept powers, spirits, and more. The book also includes enhanced enchanting rules to create magic items as well as rules to create all-new spells. This new spell creation system is the same one used to create the spells listed in the core rulebook, so no more oddness trying to reverse-engineer published spells! The PDF is available now from DriveThruRPG for $19.99.

The Pathfinder for Savage Worlds Kickstarter ends in just a few days and for those who haven’t jumped in and want more information (or those who have and just can’t wait to find out more), Pinnacle and Paizo have released some new information about the game. No less than six members of the design team answered questions from EN World about the game and how it came to be. On top of that, Paizo published a blog post featuring the new spell system and how Savage Worlds allowed the Pathfinder spell list to get whittled down from 289 to 54 without losing the heart of the magic system. The Kickstarter has multiple pledge levels for players, GMs, digital, physical, and more including the Savage Worlds version of the Rise of the Runeloads adventure path. This Kickstarter is fully funded but you only have until Monday, February 15 to get in. 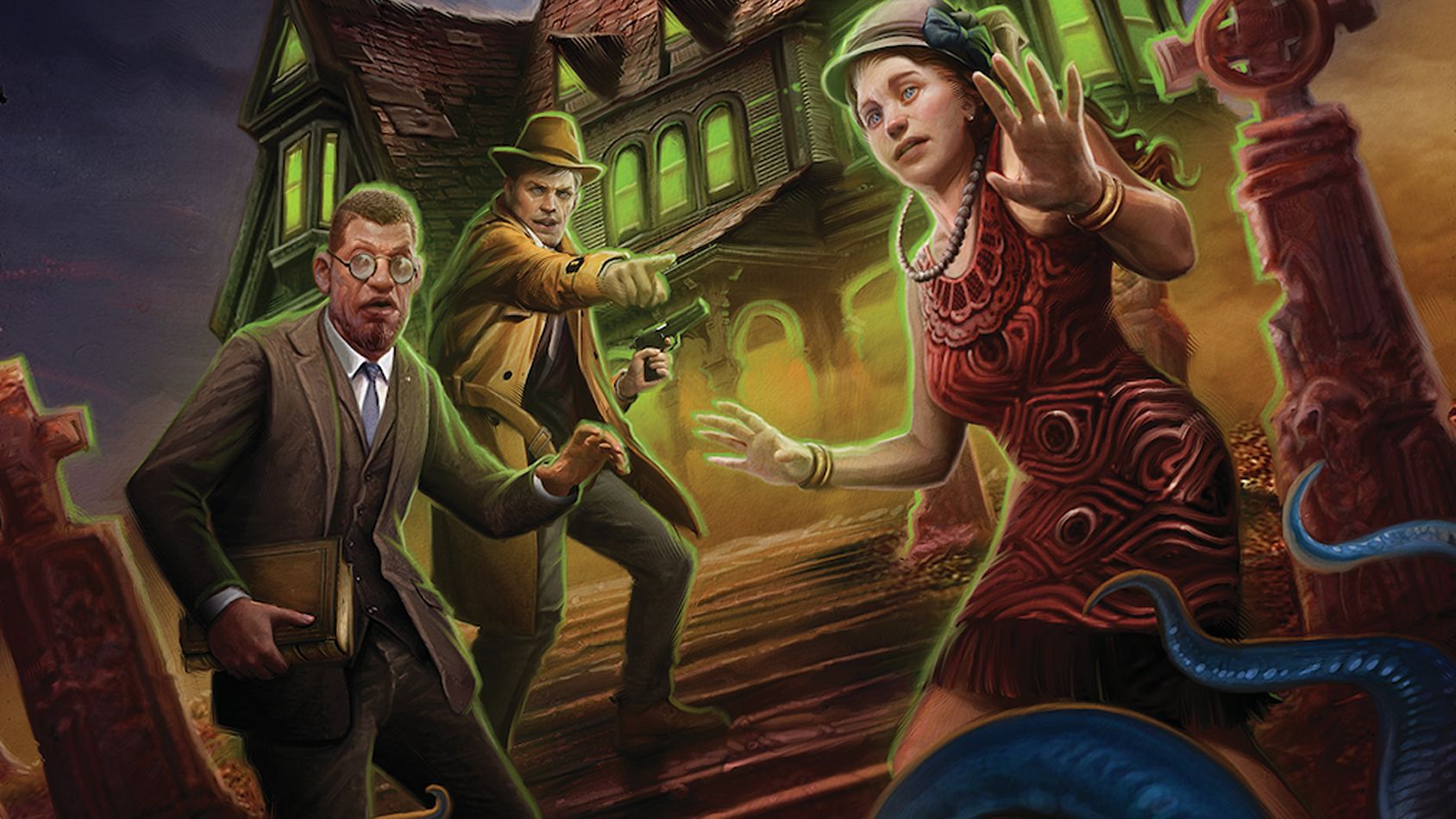 Several game companies released a bit of behind-the-scenes financial information about 2020 that gives some insights into the state of the industry. The latest shareholder reports from Hasbro shows Dungeons & Dragons and Magic: The Gathering having record-setting years. Hasbro Gaming sales grew 15% over the whole year of 2020 and specifically 27% in the fourth quarter over the same period in 2019 with D&D, Magic, and somehow Monopoly driving the increases. Considering 2019 was stated as the biggest year for Dungeons & Dragons since its initial publication in 1974, the continued growth over last year seems to indicate the brand is in a strong position at the moment.

Dicebreaker reports that there’s a tabletop roleplaying game even more popular than Dungeons & Dragons, at least in Japan. Sales of Call of Cthulhu not only overtook Dungeons & Dragons in Japan, but the Japanese language edition outsells every other edition of the Chaosium horror game combined – English included – with over 60,000 copies sold just of the recently-released Call of Cthulhu 7th Edition published in Japanese on December 2019.

Steve Jackson Games posted an update to their Kickstarters from 2020, following up on a previous report from January 5. The Austin-based company ran ten Kickstarters in 2020 and completed fulfillment on eight of them. Of the unfulfilled projects, Car Wars Sixth Edition seems to be the one that encountered the most problems as the crowdfunding effort for the miniature-based skirmish game completed on January 6, 2020, just in time for massive delays and issues with manufacturing and shipping due to the pandemic but is now on track to being fabrication following the Chinese New Year holiday break.

Finally, Chris Pramas of Green Ronin Publishing posted a look back at the struggles of 2020 and what’s to come in 2021. New projects for 2021 include further expansions for Mutants & Masterminds, Fantasy AGE, The Expanse, Modern AGE, Blue Rose, and more plus a new roleplay game based on the N.K. Jemisin Broken Earth trilogy, The Fifth Season RPG coming to Kickstarter soon. Green Ronin has also put out a call for streamers and podcasters playing Green Ronin titles as part of their expansion into online content. 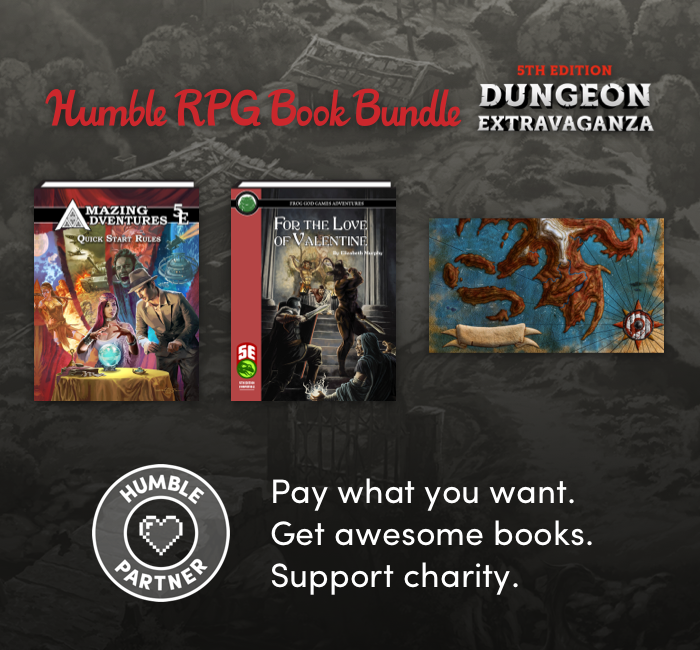 Humble Bundle’s got a lot going on for the tabletop world at the moment. First, the 5th Edition Dungeon Extravaganza Bundle is in its final week, featuring more than thirty 5e compatible digital products from a variety of third-party publishers. This bundle benefits the Navy-Marine Corps Relief Society and runs until Wednesday, February 17. Also coming to a close this week is the Asmodee Tabletop 2gether Bundle featuring digital versions of popular Asmodee board games such as Terraforming Mars, Pandemic, A Game of Thrones The Board Game, Ticket to Ride, and more. This bundle benefits St. Jude Children’s Research Hospital and runs until Thursday, February 18. The Black Library opened its doors once again with a multilingual collection of novels from the Warhammer and Warhammer 40,000 worlds. This bundle benefits EveryLibrary Institute and runs until Wednesday, February 24. Finally, this month’s Humble Choice subscription service includes Werewolf: The Apocalypse: Heart of the Beast, a visual novel set in the World of Darkness, along with eleven other games. You get your choice of three games for $14.99 or all twelve for $19.99 and they’re yours to keep even if you cancel. These Humble Choice selections are available until Tuesday, March 2.

I wonder if Catalyst has fully absorbed just how reviled Shadowrun 6e is. Not that they can really do anything about it in the near future, but man, what a bummer all around. Even if the rules weren't borderline unplayable, and they were to revert back to 5th edition or similar, it feels like the further anyone advances that setting's timeline the more it loses the spark it had back in the FASA era. They'd probably be better off fully rebooting it back to 2050, while keeping whatever tweaks actually streamlined it (like making hacking more AR-based than always a solo run).

Grendel_Khan said:
I wonder if Catalyst has fully absorbed just how reviled Shadowrun 6e is. Not that they can really do anything about it in the near future, but man, what a bummer all around. Even if the rules weren't borderline unplayable, and they were to revert back to 5th edition or similar, it feels like the further anyone advances that setting's timeline the more it loses the spark it had back in the FASA era. They'd probably be better off fully rebooting it back to 2050, while keeping whatever tweaks actually streamlined it (like making hacking more AR-based than always a solo run).
Click to expand...

That's not the impression I get from Shadowrun fans at all. In fact, having played since 2nd Edition and seen every new edition come, the only "complaints" I see about 6e are the same ones I heard about 5e and 4e and even 3e. A bunch of grognards ranting that they changed things so it sucks now, complaining the previous edition had more options when the previous edition had 6 core sourcebooks totalling over 1000 pages of content plus a dozen more splatbooks on top of that when the current edition only has the 300-500 page core rules. And in 8 or so years when they're working on 7th Edition, the cycle will repeat again with declarations that 7th Edition is terrible and that 6th Edition was better in every way. Then again, I've been playing Shadowrun for just about thirty years now so maybe I'm just too tired to give a frag about what they changed and am more interested in the new and exciting things they're doing and how those ideas will be refined over the coming months and years.