News Digest for the Week of January 3

Hello everyone, Darryl here with this week’s gaming news! By Night Studios buys out one of its owners following controversial social media posts, D&D Beyond shows us what level we’re all playing at, the Figurines of Adorable Power released, and more!

In case you missed it this week on EN World… 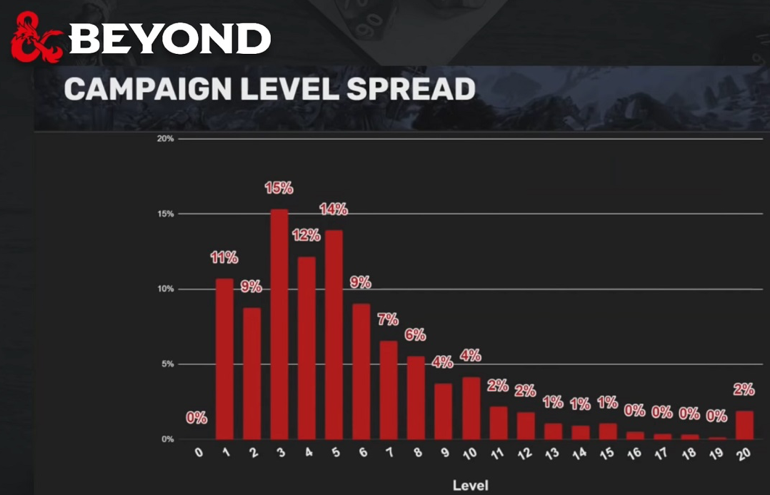 D&D Beyond released user statistics for the campaign and character levels of players using the online service. The vast majority of characters focus on low-level play from levels 1-5 with a large spike at both Level 3 and at Level 5. The Level 3 spike may be explained by many players (including several bloggers and YouTubers) seeing that as the “real” first level with Level 1 and 2 being “tutorial” levels. This is due to all classes getting their subclass abilities by Level 3 along with the rapid advancement due to lower XP requirements to move from 1 to 2 and then 2 to 3. The rest of the levels trend lower as you go with levels above Level 12 only taking up 1% of characters and Level 16 through 19 each taking up less than 1% of all games. The sole high-level exception seems to be Level 20 taking up 2% of campaigns as a small spike, most likely due to people “pre-building” characters using the service as a long-term roadmap for their characters or players creating short campaigns specifically for the highest level of play. 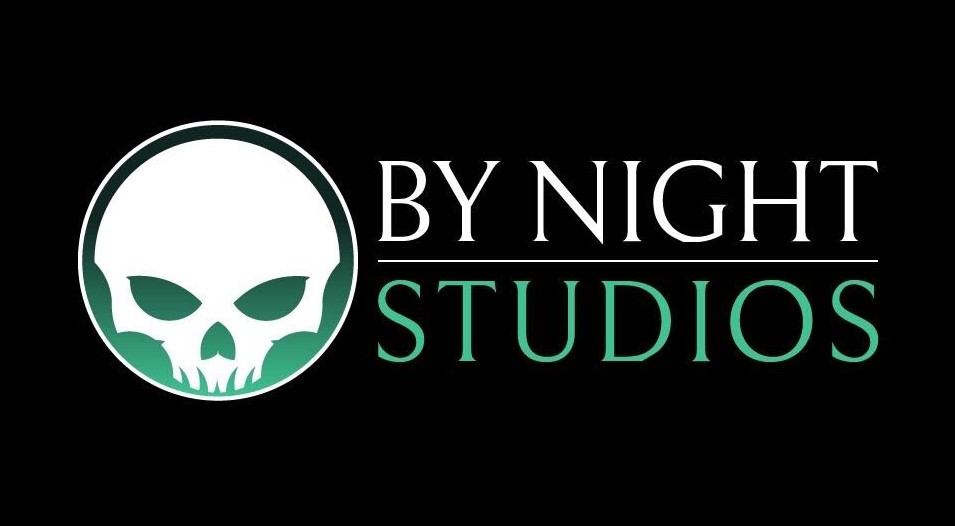 By Night Studios, the license holders who make LARP products for Vampire: The Masquerade and other World of Darkness products, bought out one of their new owners after several controversial social media posts were brought to light. Shane Robinett was part of the group that purchased the LARP publisher but, following outrage over social media posts, has agreed to sell his share of the company. The posts that sparked the outrage were mostly politically-motivated and included Robinett saying, “A few dozen [illegal immigrants] die on the border from automated drones and 50’ calliber [sic], they will slow to a trickle” and “…how else do you stop them? A fence isn’t working.”

In a since-deleted Facebook post on December 31 addressing the controversy (which was also shared by the official By Night Studios Facebook account) titled “An Apology to the Community”, Robinett stated, “I have fallen into the social media trap of spouting political dogma, hyperbole, exaggeration, and trolling…I took some extreme and sometimes sarcastic positions in an attempt to ‘make my point’…To those who labeled me a ‘Nazi’ because of my past posts, I forgive your hateful comments; I hope you can forgive the hurt I have caused.” He closed the post by saying, “…in support of the community and the new owners of BNS I have come to the understanding that the best thing I can do is step away from the company.”

By Night Studios posted their own statement shortly after on December 31 on social media written by BNS President and majority shareholder Ryan Aughtry. The post confirmed that Robinett has resigned all positions within the company and the board is in the process of purchasing his ownership interest in By Night Studios. “We want to be very clear: BY NIGHT STUDIOS DOES NOT CONDONE HATE SPEECH, RACISM, SEXISM, HOMOPHOBIA OR DISCRIMINATION OF ANY KIND IN ANY FORM.” (emphasis in the original post).

Both statements also addressed another issue, where By Night Studios placed an open call for artists to commission work which, in its original wording, implied the only compensation to artists would be contributor copies of the books with no financial compensation for their work. In his now-deleted statement, Shane Robinett also claimed responsibility for this, saying “My intentions were absolutely pure – seeking a contact list of artists that are engaged in our World of Darkness community and who wished to contract with BNS to see their art profiled in books and online publications.” The official statement from By Night Studios President Ryan Aughtry also addressed the issue, stating, “Furthermore, we value the talented artists in our community. We know exposure alone does not pay the bills. We will pay artists for any commissioned work. It was our poor communication that resulted in misunderstanding and confusion, and for that we apologize. The post written by Shane on this topic did not reflect our intent and only became more muddled by our rush to fix the confusion.”

At the time of writing, Shane Robinett has either deleted or taken private both his Facebook and Twitter accounts. 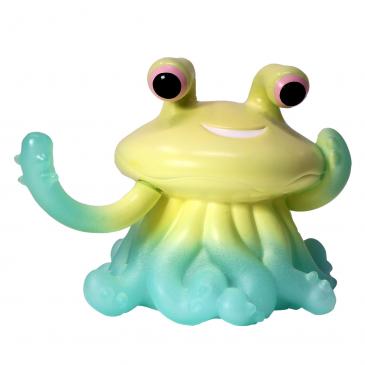 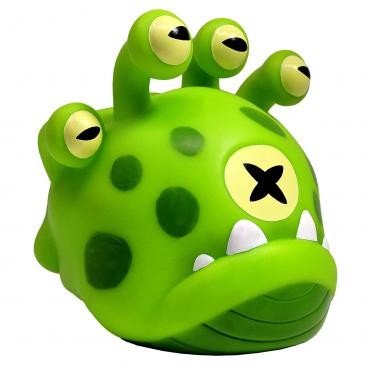 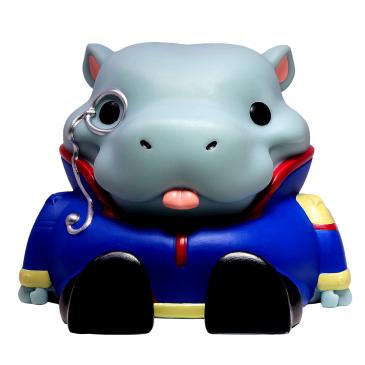 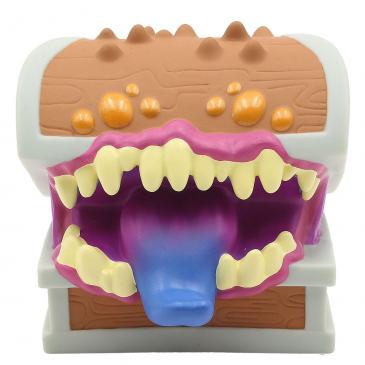 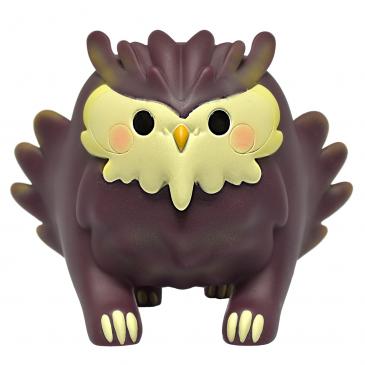 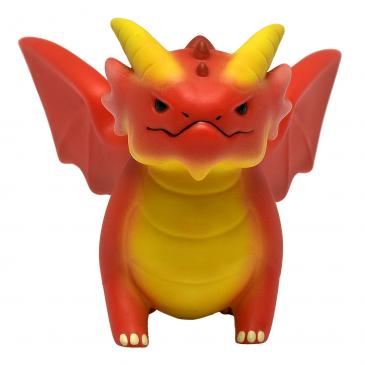 UltraPro have released their new line of licensed Dungeons & Dragons cute plastic figures with the Figurines of Adorable Power. In order above, the figurines are the Flumph, Gazer, Giff (yes, the Giff is blepping), Mimic (whose tongue is also out decidedly not in a blep), Owlbear, and Red Dragon (who looks particularly grumpy to me). Each figure is available in a windows cardboard display box and stands 3 3/4" tall. The figures will be available in game stores and mass market outlets either now or very soon depending on distribution, each with a retail price of $12.99. 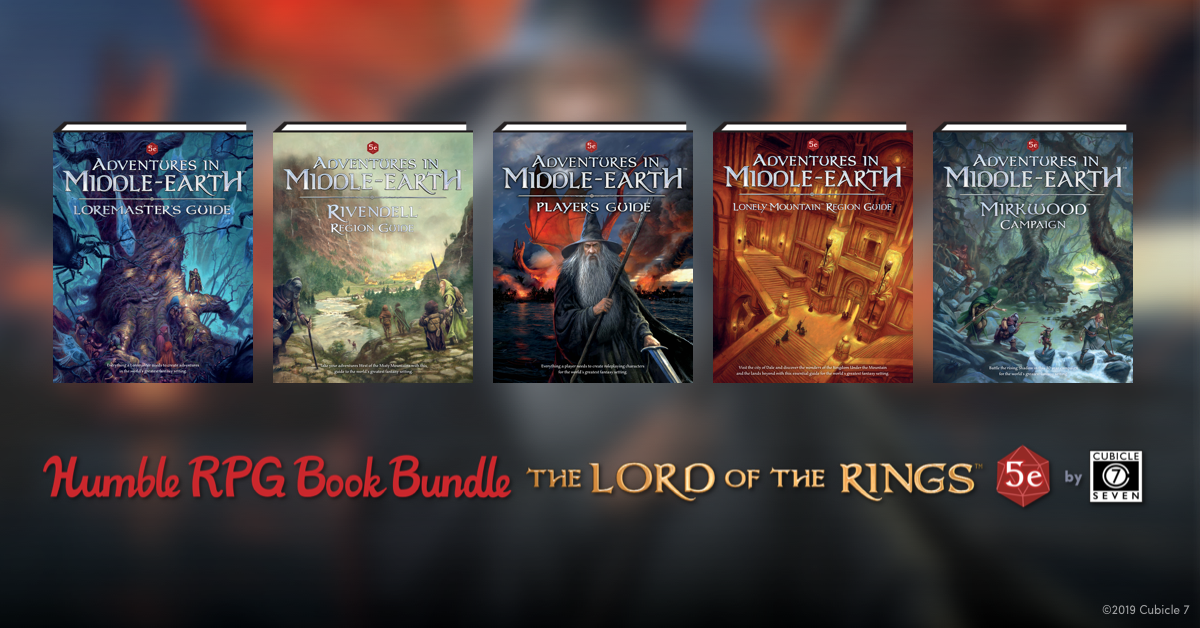 I’ve got two dice-related Kickstarters to cover this week, so let’s start with the more complicated one. GoDice are “smart dice” that the company describes as “the Kindle of board games”. Each of these six-sided dice contains a sensor that detects how the dice lands and automatically sends it to the app to calculate the result. It also comes with a variety of shells to be put over the dice to use as a D4, D8, D10, D%, D12, or D20 and has an open API making it possible to take the math out of roleplaying games by just rolling the dice and seeing the results on your phone or tablet instantly. One thing I feel really missed by the campaign’s description, though, is how this sort of connectivity can assist in accessibility for disabled gamers, particularly those with visual impairments. Rather than using electronic dice rollers or apps, blind or visually impaired players can now roll an actual, physical die without needing other players at the table to read out the results. You can get a set of five dice for $59, six for $69, or the full experience with six dice and all six polyhedral dice cases for $99, all of which include a case that doubles as a fast-charging device claiming “10 seconds charge – 1 hour gameplay”. This Kickstarter has already raised more than $300,000 at the time of writing and will fund on Thursday, January 16.

This next dice-related Kickstarter isn’t quite as innovative but, as a lifelong Shadowrun player, amuses me as it is a very NSFW set of D6 dice with the F-bomb replacing the 1. Honestly, not much more to say about this one, it says F*** on the 1 side of the six-sided die. It certainly would be nice to have the dice reflect my feelings when I roll a critical glitch. You can get a set of six dice for $14, twelve for $22, or a Shadowrun-sized twenty-four dice for $42. I should note that this Kickstarter is unrelated to Shadowrun in any way other than it’s D6s and Shadowrun is my most-played D6 dice pool system. This Kickstarter is fully funded with some interesting add-ons available until it closes on Wednesday, January 8.

That’s all from me for this week! Don’t forget to support our Patreon to bring you more gaming news content. If you have any news to submit, email us at news@enworldnews.com, and you can get more discussion of the week’s news on Morrus’ Unofficial Tabletop RPG Talk every week. You can follow me on Twitch where I’ll finish up The Outer Worlds this weekend, subscribe to Gamer’s Tavern on YouTube for videos on gaming history, RPG reviews, and gaming Let’s Plays, or you can listen to the archives of the Gamer’s Tavern podcast. Until next time, may all your hits be crits! Note: Links to Amazon, Humble Store, Humble Bundle, and/or DriveThru may contain affiliate links with the proceeds going to the author of this column.

Robinette should not have apologized or resigned for engaging in obvious hyperbole and satire. If anyone should resign it's Aughtry for failing to live up to his own code of conduct in caving in to hate speech and discrimination.

tommybahama said:
Robinette should not have apologized or resigned for engaging in obvious hyperbole and satire. If anyone should resign it's Aughtry for failing to live up to his own code of conduct in caving in to hate speech and discrimination.
Click to expand...

Just so I'm clear...your stance is that advocating murdering people trying to cross the border is "hyperbole and satire"...but people calling that abhorant and saying it's racist is "hate speech and discrimination". Sure.

Yes, it is obviously a satirical statement, just as Jonathan Swift's "Modest Proposal For preventing the Children of Poor People From being a Burthen to Their Parents or Country, and For making them Beneficial to the Publick" was satire.

Robinette is not a Nazi and calling him one is hate speech and discrimination.

If you need further clarification then you can take it to a private message.

tommybahama said:
Robinette is not a Nazi and calling him one is hate speech and discrimination.
Click to expand...

Funny, I don't recall Nazis being listed as a protected minority by any government. Unless you personally believe that Nazis are unjustly oppressed and discriminated against?

I feel compelled to point out that the above post misrepresents the target of Swift's satire, unless the position of Robinette was pro-immigration and his hyperbolic posts were to satirize current border militarization. This is unlikely given some of his other posts which express support for the current administration, including expressing a desire to "Make LARP great again." Robinette's publicly expressed views run counter to he company's desire to be viewed as diverse and inclusive and that's why he was removed. There is still a great deal of social calibration going on in wider discussions which are reining in hamfisted attempts to be edgy and push people's buttons. Perhaps this is heavy handed, but when one engages in provocative language with in part a desire to make others uncomfortable, it is naive to assume there can be no consequences. I am sure he will be bought out at a profit for his initial investment, so championing him seems a touch tribalist and pointless.

Excluding people who express views that are shared by at least a third to one half the voters in a country is not a diverse and inclusive policy.

Staff member
I think that's enough of that. Thread closed.