Dungeons & Dragons is now so dominant in popular culture that actual play streams have become full-fledged cartoons, gamers have become the target of fast food chains with serious marketing muscle, and major studios squabbled over movie rights. But thanks to the lingering effects of the Satanic Panic in the 80s, D&D was treated warily at best and openly hostile at worst by the media just a decade ago. Three data points from 2010 show just how far we've come. 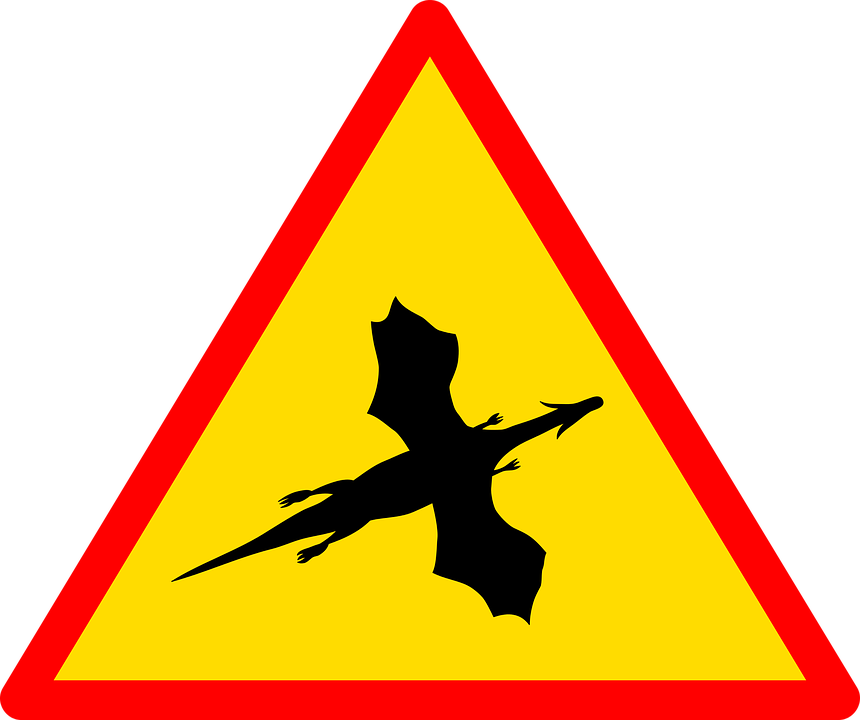 That Time CareerBuilder Said D&D Was Bad for Your Resume
CareerBuilder posted "outrageous and common mistakes" candidates make in job interviews according to a new survey. Among the unusual blunders hiring managers encountered, they reported that:

Candidate used Dungeons and Dragons as an example of teamwork.
Click to expand...

This survey was conducted online within the U.S. by Harris Interactive© on behalf of CareerBuilder.com among 2,720 hiring managers (employed full-time; not self-employed; non-government) ages 18 and over between November 5 and November 23, 2009. Of course, it's never appropriate to bring up an irrelevant example in an interview. However, the manager specifically citing D&D as a "blunder" because it's used as an example of teamwork. There's no disputing that there's an appropriate time and place to discuss D&D. But managers could do a lot worse than hire a role-player.

That Time Playing D&D Meant You Were "Undateable"
With the release of Undateable: 311 Things Men Do That Guarantee They Won't Be Dating or Having Sex, the authors compiled dating deal-breakers from hundreds of women, as a sort of "Don't" list for men who were interested in dating women. Chief among them was playing Dungeons & Dragons, listed as a "storm cloud" (one step above a red flag, and a step below "not getting any"):

189. PLAY DUNGEONS & DRAGONS Telling a girl you're a "Dungeon Master" might freak her out. Just a thought. INSIDE TIP: This also applies to online versions of the game, like World of Warcraft. Now you're just a digital dork.
Click to expand...

If the authors didn't make it clear that gamers weren't worth dating, there was this exchange, from an interview with Elle magazine:

Anne Coyle: Can I add one more? Okay, I think I would have a nervous breakdown if someone took me to a Medieval Times festival.
Ellen Rakieten: “Hey Anne, do you wanna go on a Star Trek convention on our first date?”AC: I mean, I would be a wreck.
Click to expand...

That Time the Boston Herald Blamed D&D for Murder
Amy Bishop, a professor of biology at the University of Alabama at Huntsville, opened fire at a faculty meeting, killing three of her colleagues. Boston Herald reporter Laurel J. Sweet described the attacks this way:

Accused campus killer Amy Bishop was a devotee of Dungeons & Dragons - just like Michael “Mucko” McDermott, the lone gunman behind the devastating workplace killings at Edgewater Technology in Wakefield in 2000.
Click to expand...

According to Sweet, Bishop and her husband James Anderson met in a D&D club while biology students at Northeastern University in the early 1980s and were "heavily into the fantasy role-playing board game," according to the Boston Herald's anonymous source. “They even acted this crap out." Sweet tried to connect Bishop's motivation for murder to Dungeons & Dragons by using the McDermott case as a precedent.

The popular fantasy role-playing game has a long history of controversy, with objections raised to its demonic and violent elements. Some experts have cited the D&D backgrounds of people who were later involved in violent crimes, while others say it just a game.
Click to expand...

The McDermott case had little connection to Dungeons & Dragons. Yes, McDermott did have D&D books in his possession. He also had computer equipment, a will, gun cases and ammunition, a passport, blasting caps, bomb-making literature and three gallons of liquid nitric acid. McDermott never blamed D&D for the killings.

Looking back, it's clear 2010 was the nadir of D&D's presence in popular culture. In fact, it seems more likely that the existing media establishment wasn't reacting well to the rising popularity of geeks who thought including game experience on a resume or as part of their dating profile was entirely normal. It would take a few years before the narrative would change, and for that we can only be grateful.
Last edited: Nov 14, 2019
Click to expand...


The world is a very crazy place indeed.

Damn, I thought golf would offset my D&D. Somehow I got married, but she doesn't like both of these things.

I don't know that it was the nadir, but those are some disturbing articles. However, the fact that I didn't even know about these articles at the time, yet was well aware of the "satanic panic" in the 80's tells me it probably wasn't the bottom of the pit.

I also seem to remember an article talking about Israel using “playing D&D” for a reason to boot someone out of their military/not promote them.

In the end it’s all silly and petty prejudices that I’m glad to see going away.

Publisher
2010 was the lowest point? Clearly the OP wasn’t old enough to remember the 80s. Not datable in 2010? Boo hoo, try people calling you a devil worshipper and murderer and mentally ill just because you played in 1986 lol. Putting DND on your resume might not get you hired in some places in 2010, but in 1985, some places would probably call the police on you. (To keep an eye on you) I lived in one of those towns for a while

Interesting events, but I see no causal connection between them and the state of DnD today.

lyle.spade said:
Interesting events, but I see no causal connection between them and the state of DnD today.
Click to expand...


I agree, sites like ENWorld were around back them and I don't remember them covering any of these stories.

And the article overlooks the culture war within in D&D even today. I don't think you can have any kind of fandom without drama. Some people have reached a point in their fandom that the only way they think they can still be an outsider is to hate the subject of the fandom they "love".

Looking back, it's clear 2010 was the nadir of D&D's presence in popular culture.
Click to expand...

Not to mention that companies had long been using World of Warcraft in their corporate training structures as team building exercises and recruiters were stating that they could tell what sort of person they were hiring by how they played the game in 2010.

Pretty much the entire time until 5e, you didn't advertise you were a gamer if you were in mixed company. The Satanic Panic of the 80's was worst period as there were people and groups actively railing against the hobby in the media. It's not even close.

AriochQ said:
Pretty much the entire time until 5e, you didn't advertise you were a gamer if you were in mixed company. The Satanic Panic of the 80's was worst period as there were people and groups actively railing against the hobby in the media. It's not even close.
Click to expand...

I’m down in the Deep South, and you REALLY did not want to mention any association with RPGs - primarily D&D, but also any of the White Wolf games (Vampire, Werewolf, etc.). Coming from California, the outright hate was, to say the least, off-putting— and a bit scary sometimes.

That did fade around the time of 3E around here, well before 5E. Nowadays, no one bats an eye or it’s a badge of honor to have been playing so long. But I can’t speak for other areas and the treatment they’ve received.

The satanic panic of the '80s was strong in my home town. A young man had committed suicide and RPG (specifically D&D) were on the accused bench. I had to defend our club in a town meeting, showing angry parents that D&D had nothing to do with the suicide. The fact that I was doing a lot volonteer work, that I was in the air cadets and that I was often seen assisting our priests in worship services, ceremonies and funeral rites helped to appease many of them. But some other clubs in nearby towns were not so lucky. We kept our club but barely. I am glad that I had the chance to talk with our local priests about RPGs. They were opened minded and helped me a lot in appeasing the mind and prejudices our club was facing.

The main problem of RPGs were that, at that time, they were a relative closed circle. People (see here adults, parents and non players) were not able to see what was happening during those strange meetings. From the outside, it look almost like a sect, hence the "satanic" tag that D&D and other RPGs received in the '80s. Fun fact is that now, with the internet, it's easier to see what RPGs are about. Thus a better acceptance and even an endorsement from popular figures that now admits that they had played RPGs in their youths. I really think that the bottom of the bottom of RPG was at the end of the '80s and the beginning of the '90s. It's in the 2000s that the hobby really started to renew itself and get some acceptance. The internet kinda of saved the genre because it gave the hobby a window into the eyes of everyone, be it forums, internet site dedicated to the genre, or now youtube and twitch and many others. If there ever was a golden age for RPGs it is now. Not 2010...

C'mon, Talien, you have to move past motherhood statements and exaggeration.

There is a genuine story to tell.


Lol... the fact is, golf is expensive compared to other activities and it's done by many because it allows you to suggest that (1) you are more wealthy than average, (2) you may have an important/powerful acquaintance or two in your club you can leverage for favour (or just hang around with) and (3) you are done with your sports homework even if you're mostly just walking back and forth from the golf buggy.

Oh and it's THE main requirement to become POTUS apparently.

As someone who first played D&D in elementary school in 1986, I can confirm with others here that the stigma was far worse during the era of the "satanic panic." I think the dominant cultural trends of the 1980s (yuppies, materialism, the rise of the Christian Right) created a hostile political climate for Dungeons & Dragons players. The main reason 2E demons and devils were renamed tanar'ri and baatezu was because of the satanic panic.

D&D started gaining more mainstream acceptance back in 3.X, although not nearly to the level it has today. The only thing I would consider 2010 a nadir of was the nadir of the edition wars. The flame wars between 3.X/4E/Pathfinder were so intense online that it ruined D&D message boards for me (including this one) and I stopped posting and reading. 5E brought me back.