News Digest for the Week of July 17

Don’t forget, you can catch up with all the week’s gaming news on Morrus’ Unofficial Tabletop RPG Talk. This week, Morrus and Peter are joined by James Introcaso to talk about the new Roll20 exclusive science fantasy roleplaying game, Burn Bryte. 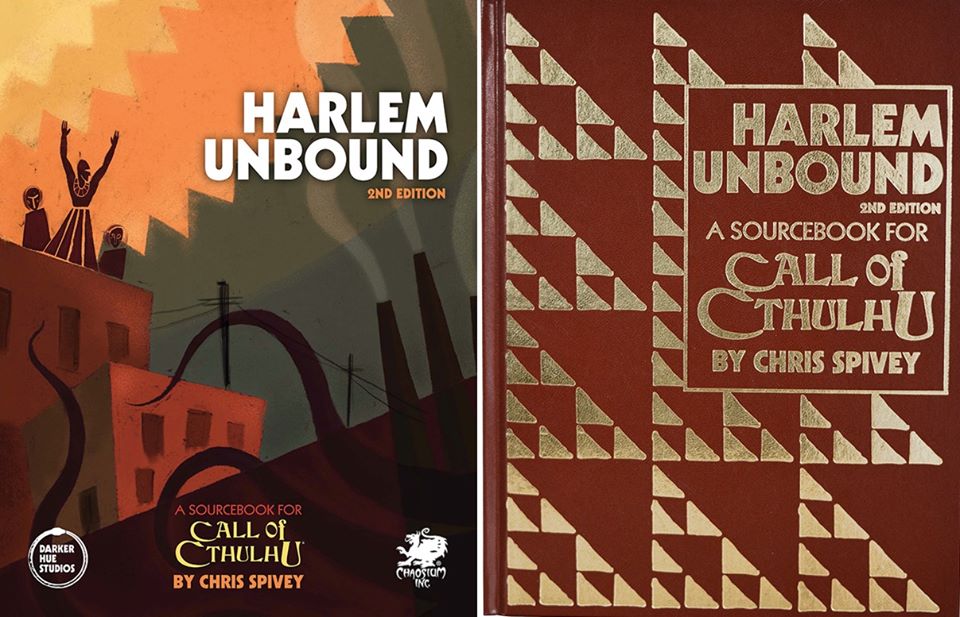 The new Unearthed Arcana is out with a selection of new feats for Dungeons & Dragons. The feats are an eclectic mix. The Artificer Initiate, Eldritch Adept, Fighting Initiate, Tracker, and Metamagic Adept act as a sort of not-quite-multiclassing for the Artificer, Warlock, Fighter, Ranger, and Sorcerer classes by giving you access to some of their class features. Gunner gives proficiency in firearms and allows you to reload for free and shoot while in melee. Piercer, Crusher, and Slasher give you additional options for specializing in weapons that deal piercing, bludgeoning, and slashing damage respectively. Fey Touched and Shadow Touched give aspects of some other D&D races such as access to spells. Shield Training allows don or doff a shield as a free action and use it as a spellcasting focus, Tandem Tactician boosts the Help action, and Poisoner allows you to craft poisons and apply them to weapons as a bonus action. The most interesting to me, though, is Chef. You can cook. It’s more interesting than it sounds because you can prepare a special meal during rests that heal additional hit points and treats that provide temporary hitpoints. You can bake magic cookies that heal your allies. The PDF of playtest material is available for free but cannot be used in Adventurer’s League organized play events.

Modiphius announced a closed beta test for Dune: Adventures in the Imperium roleplaying game. That means you’ll have to sign up and agree to a confidentiality agreement in order to get access to the playtest rules, not just for you but for your entire group. The announcement page also makes it very clear what sort of feedback they’re looking for – specifically that they are not looking for suggestions to use other rules systems than the 2d20 System or for editorial corrections like spelling, grammar, or punctuation as this is an in-development game. Applications will be processed and playtest packets sent out on Fridays. Dune: Adventures in the Imperium was announced in 2019 and was originally slated for a 2020 release (though as we know, plans have kind of gone out the window this year). A new film based on Dune from director Denis Villeneuve is due for release on December 18, 2020. 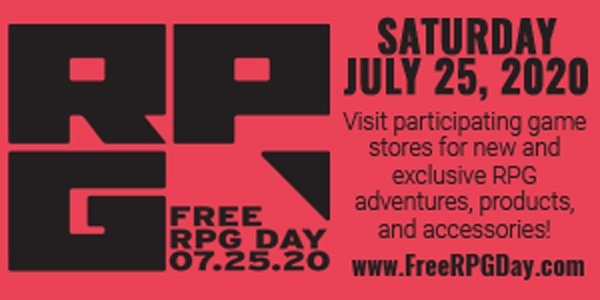 Free RPG Day is just over a week away! On Saturday, July 25, select retailers will provide free RPG products ranging from quickstarts to adventures to dice and more. Announced so far are the Pathfinder 2nd Ed adventure Little Trouble in Big Absalom, a Starfinder adventure Skitter Home, Warhammer 40,000 Wrath & Glory quickstart Rain of Mercy, Dungeon Crawl Classics quickstart with a brand new adventure and cover, a three month Roll20 Pro membership, an anthology of indie RPGs from 9th Level Games, and more. Find if your local retailer is participating by checking the website, and please make sure to wear a mask and observe all social distancing protocols to protect your fellow gamers and the hard-working staff. 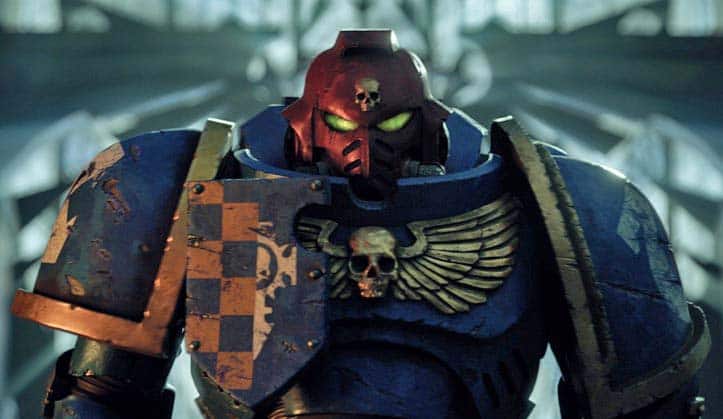 Details are finally available for the Warhammer 40,000 9th Edition launch. The new core rulebook will be a 368-page hardcover with a retail price of $65 which includes the core rules plus options for Open Play, Matched Play, and Narrative Play. The book also includes introductory sections on setting lore, how to build armies, and how to paint for new players as well as tables of updated weapons and rare rules interactions for experienced players. If you want a peek at what the new rules look like, the 26-page core rules are available as a free PDF currently available in sixteen different languages. Of course, for those brand new to the game, there’s a massive boxed set Warhammer 40,000 Indomitus which features the new rules with an alternate cover and 61 miniatures in 18 different units complete with datasheets retailing for $199. Don’t forget, if you’re moving to 9th Edition, hang onto your sourcebooks and codexes from 8th Edition as they’re still compatible with the new rules. The Warhammer 40,000 9th Edition launch line is available for pre-order now and will be released on July 25. 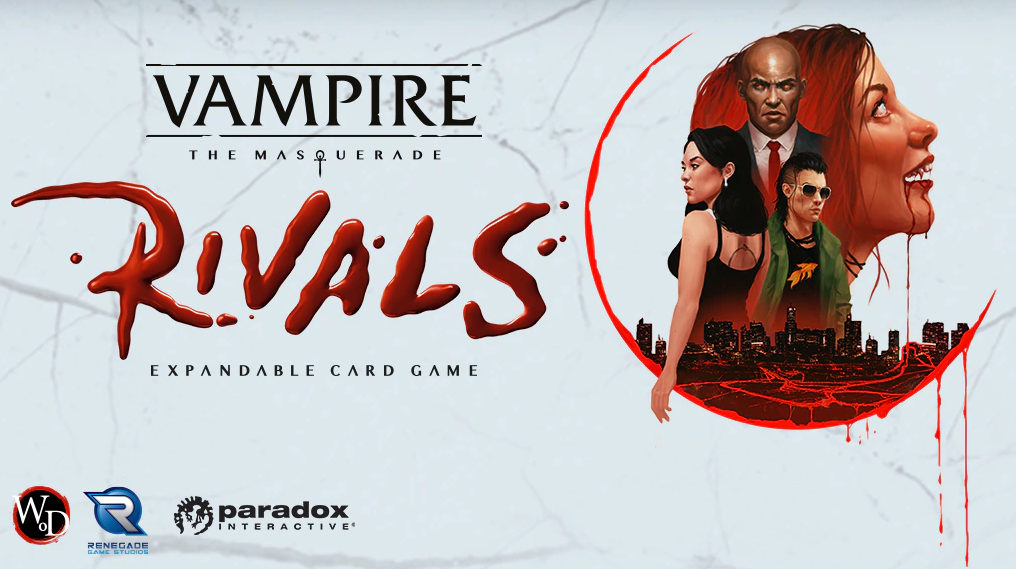 Renegade Game Studio announced a new expandable card game set in the World of Darkness called Vampire: The Masquerade: Rivals. While it is an original game with new rules, it looks thematically similar to the Wizards of the Coast CCG Vampire: The Eternal Struggle (originally titled Jyhad) from the 1990s/early 2000s. Each of the 2-4 players takes on the role of a powerful Kindred and attempts to use influence and power to advance their own agenda while taking down their designated Rival from among the other players. The core set will include the Brujah, Malkavian, Toreador, and Ventrue Clans and be set in San Francisco. Demos of the game are available during Gen Con Online, and a Kickstarter will launch on August 1. 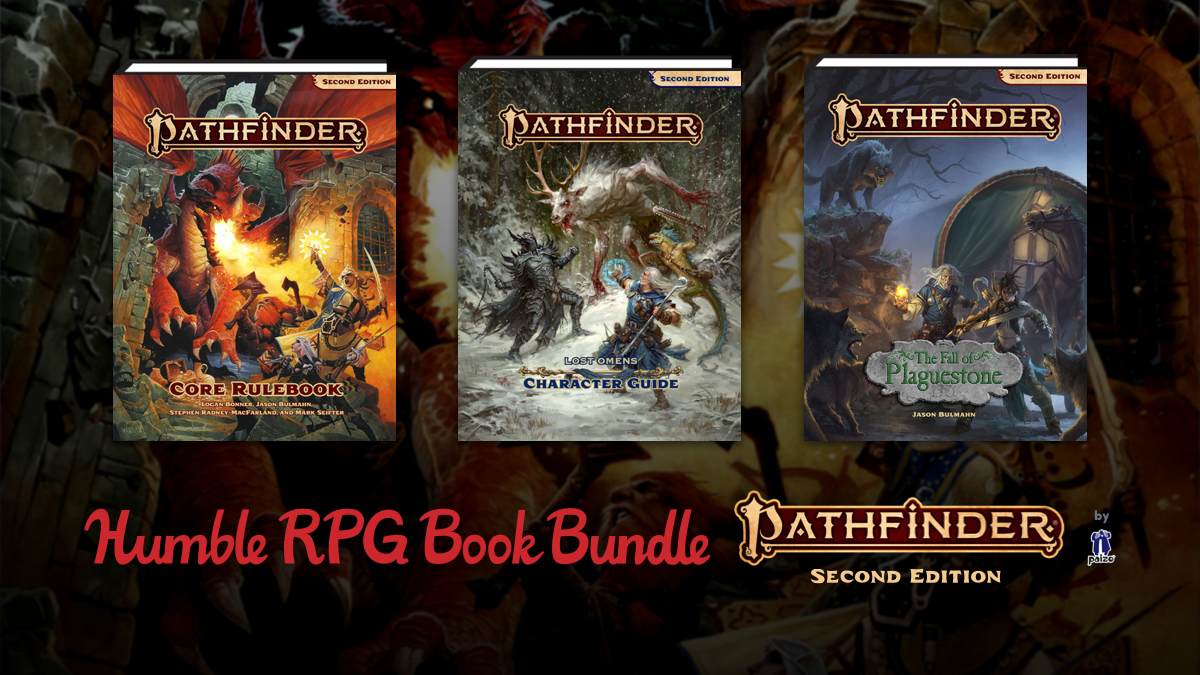 I normally highlight Kickstarters that are ending soon, but there are two games out that I’m just too excited to talk about. The first is Jiangshi: Blood in the Banquet Hall which places players in the role of Chinese immigrants running a restaurant by day as they battle the jiangshi (“hopping vampires”) by night. Don’t expect a big wuxia adventure here, though, as the tone and theme is much closer to Harlem Unbound in talking about the historic and systemic racism felt by Chinese immigrants in America in the 1920s. The focus is just as much on your restaurant as it is on the undead threat facing your community. The print-and-play version is available for a $20 pledge while the boxed set is $65 and a deluxe edition for $90. This project is fully funded and runs until Thursday, August 13.

Okay. If you know me, you know I kinda have a thing about Shadowrun. It’s the game that got me into RPGs and has been a lifelong obsession of mine. This is not Shadowrun, but it is a cyberpunk urban fantasy skirmish wargame designed by several Shadowrun developers. I have been looking forward to Gangs of the Undercity ever since I first heard about it in the early planning stages. Oh, disclosure, I’m friends with several of the people behind this game and have worked with them on projects in the past and some planned for the future. Anyway, I should talk about the game, shouldn’t I? The setting is a fantasy world where a totalitarian government ruling the gleaming city of Neo-Babylon. This game is about the undercity, the long-forgotten urban ruins the city was built on top of where those who live outside the system thrive. Each player takes control of one of the gangs vying for control of their corner of the Undercity. There are pre-made gangs or you can form your own in skirmish play, campaign, or solo mode. Oh, and the custom-sculpted cyberpunk fantasy minis are metal, not resin or plastic. You can get the basic set with twelve minis plus tokens and rules for $65, add a full-size color hardcover rulebook plus more tokens for $110, or add on custom dice for everything you need to play in one box for $130. There are also add-ons for more miniatures at $10 each along with options for terrain, companions, elementals, golems, and a lot more left to be unlocked via stretch goals. This project funded in just over an hour and runs until Saturday, August 15.

That’s all from me for this week! Don’t forget to support our Patreon to bring you more gaming news content. If you have any news to submit, email us at news@enworldnews.com, and you can get more discussion of the week’s news on Morrus’ Unofficial Tabletop RPG Talk every week. You can follow me on Twitch where I’ll stream something soon I swear no matter if I can get this new capture card to work or not, subscribe to Gamer’s Tavern on YouTube for videos on gaming history, RPG reviews, and gaming Let’s Plays, or you can listen to the archives of the Gamer’s Tavern podcast. Until next time, may all your hits be crits! Note: Links to Amazon, Humble Store, Humble Bundle, and/or DriveThru may contain affiliate links with the proceeds going to the author of this column.

Supporter
The link for the vampire article goes to Tabletop Tycoon Donates $500,000 Worth of Games to Local Stores | Dice Tower News for some reason.

univoxs said:
The link for the vampire article goes to Tabletop Tycoon Donates $500,000 Worth of Games to Local Stores | Dice Tower News for some reason.
Click to expand...

Ugh, no idea how that got mixed up. It should go to the proper link now which is Vampire: The Masquerade Rivals Expandable Card Game Coming to Kickstarter in August! — Renegade Game Studios

Abstruse said:
The announcement page also makes it very clear what sort of feedback they’re looking for – specifically that they are not looking for suggestions to use other rules systems than the 2d20 System
Click to expand...

That would have been my feedback This just shows me that a lot of people are unhappy with these great IPs becoming 2d20 games. I would probably get a lot of them if they were using a different system.

Publisher
Also, we released the Blizzard of Axe and Sword on DMSguild - which really would have been nice to be featured but there you go!

Don't mind me just dropping an add here (and this is the link!)

It's strange. I go through these periodic obsessions with things. One month it will be Dark Sun. Another it's Mage: The Ascension. Just a couple of days ago somehow I got bit by a Warhammer 40k bug, and here is a new edition of the rules.

Maybe I will finally dig out and paint my Tau figures. Or maybe I will just do another deep-dive into WH40K lore like I always do. It's not like I could play against anyone with all the social distancing going on.