Looking at the Deities & Demi-Gods and I'm wondering if any of you have ever made a campaign based around other regions of the globe? I always wanted to do a sword & sandals* campaign but never got around to do it. I'm a big fan if the old Sinbad, Clash of Titans and Greek mythology movies. Every time I asked the players didn't get the vibe. They just want to do the classic D&D LOTR European fantasy.

Disclaimer, I am aware that Runequest exists. Bought Mythras by Design Mechanism a few years ago but no one wants to play.

I've Dm'd a few Egypt themed campaigns, and Conan. And played in one with Romans.
Generally players, especially my current group as you said don't get the vibe. The problem seems to be with technology and social issues. I could probably make it work better if I make the setting my modern.

My setting uses its own cultures and deities, so while I haven't used (f'rex) a campaign featuring the Japanese mythos, I have built (again, f'rex) a pantheon of gods who are abstract beings that each represent idealized behavioral norms, another that consists of three gods (of the sea, sky, and land) who promote the consumption of fallen foes as a sign of respect and a way to gain their power, a pantheon that is a family arranged in a strict hierarchy based on age (Old Grandmother is boss) that is reflected by the political system of the area it is from, etc.

I strive not to be too Eurocentric in my design. In the case of cultures, I try to make each somewhat unique, even if and when I draw on existing cultures for ideas. For example, Peshan culture- the one with the arranged-by-age pantheon- had a political system where the eldest member of the royal family got to be in charge, leading to a system where lots of assassination and underhanded behavior became normalized, but also one with (at least on the surface) significant reverence for the old. It was heavily mercantile and ocean-based (as an island with great natural resources), and sought to extend its political will through trade and financial aid, rather than warfare. It was also sexually "liberated" (from their own point of view) or an oversexed mass of perversion (from the perspective of many other cultures), including normalized pederasty similar to the steroetype of Classical Greek pederasty, full of weird herbs, drugs, and poison, and known for secret guilds of assassins, ninja, and magic dancers. Veils and scarves are a major cultural thing; the way you wear your scarf can advertise social standing, sexual interest, profession, etc. So Peshan culture is a mix of a lot of things, not all of them represented in the real world.

My friend sometimes runs a homebrewed D&D OSR ruleset for a fantasy Far East. Very flavorsome and enjoyable. hard to get players however.

Ancient World Mediterranean base is a pretty strong influence on D&D as well, from Conan to Greek and Egyptian and Mesopotamian influences. How many adventures fit better with Conan than Frodo? A lot of the monsters are Greek and a decent number are from non Tolkein/medieval european origins. A lot of D&D mines the Greek aspects more than tolkein, for instance the Greek Gods and Titans are closer to D&D's pantheons of Gods than Tolkein's powers.

Played in a fair amount of L5R campaigns and a couple non European based fantasy games. I think the biggest problem is an unfamiliarity with other culture's mores and the like. In L5R's case they have to devote a not insubstantial amount of space informing player characters of how society is structured, what you can and cannot do etc.

Most people in the west are broadly familiar enough with the European medieval default premise to engage with it without having to do any additional reading. And, it's always easier to get players recruited and engaged if you don't ask them to do additional work.

Supporter
I think the Greek thing might be easier access with Theros coming out. Getting player buy-in along with a little assigned homework is easier when the game is the new hotness.

I’ve Played in a setting based on Vietnam using Mahasarpa rules (3e) and have played a street theif who became a pirate in Al-Qadim.

Ive done a setting based on the Sahel Kingdoms of Africa, another set in Mythic Polynesia and another in Pictish (Conanesque) Ireland (The Land of Nemed).
Also does Slavic Russia count as non-European ?

We played some Rokugan back in the days of 3e, but it's pretty much that. The homebrew campaign I'm preparing to replace either of the two I'm running right now is heavily inspired by the book The Devil to Pay in the Backlands. This will be my first try at a game inspired by Literature from my home region, but I'm not 100% sure my players will "grasp" it. I hope they do.

Giltonio_Santos said:
We played some Rokugan back in the days of 3e, but it's pretty much that. The homebrew campaign I'm preparing to replace either of the two I'm running right now is heavily inspired by the book The Devil to Pay in the Backlands. This will be my first try at a game inspired by Literature from my home region, but I'm not 100% sure my players will "grasp" it. I hope they do.
Click to expand...

That sounds really interesting, I know nothing about Brazilian culture so have no reference points but would love to read about it in a Storyhour

sad to say, as much as I loved putting non-European cultures in my game worlds, I never really based any campaigns there.... they mostly existed for the sake of standard adventurers to go there and do stuff....

I've done Rokugan, Kara-Tur, Al-Qadim (didn't like the magic system), and an Egyptian themed game. I also did an Age of Heroes campaign (fantasy Greece), but I don't know if you want to consider that "non-European" or not.

I ran 2 Greek campaigns (still European, but you know) in 3.5. It went okay, but ran into a weird issue with monsters. For some reason, it's fine for a sphinx and a chimera to show up in your mostly-northern-european campaign, but when you focus on Greece your list gets small and takes a lot of work. Trolls seem out of place and dragons aren't major players, for example. This was my early DMing days, but might be a hurdle for new GMs taking on a different or focused setting.

I've done modern games (Shadowrun, etc) across the globe, though that's a bit easier, as basically modern cities are all the same.

I'm currently running an Arabian Nights themed campaign. My players are pulling almost entirely from Aladdin and Prince of Persia and I spend a short time every session on some element of culture. I.E., the first puzzle they encountered required name ordering using "ibn" and "abu".
It feels less like exposition and more learning by doing that way.

Bring in elements that interest players specifically, as with any campaign. The alternate cultural settings should allow for different flavor, themes, and RP. Slavery is a strong theme in this campaign, as genies and their bottles are the central focus. But each player, unwittedly or not, has given me their own form of slavery - responsibility to a family/tribe, born into a position that won't inherit, and stuck in a job they hate. These things aren't exclusive to any setting, but can be focused and stylized in a different way thanks to the setting here.

Rambling, I know, but I guess my point is to find a way to emphasize themes from that era's mythology, and sprinkle in real facts or setting details along the way.

Giltonio_Santos said:
We played some Rokugan back in the days of 3e, but it's pretty much that. The homebrew campaign I'm preparing to replace either of the two I'm running right now is heavily inspired by the book The Devil to Pay in the Backlands. This will be my first try at a game inspired by Literature from my home region, but I'm not 100% sure my players will "grasp" it. I hope they do.
Click to expand...

Pre-islamic Middle East, Sumerians, Mesopotamians and company are practically unknown, but the ancient cultures with coasts in the Mediterranean Sea (Mare Nostrum) are part of the roots by the Western Civilitation. Russian is also "Western" culture.

I support the idea of fantasy settings based in no-Western cultures, but today we have to take care a lot because somebody may report us for promoting racist tropes or cultural appropiation. (What is wrong? aren't we a cosmopolitan culture with a great artistic and folkloric diversity?).

Even if we ask help to Taiwaneses, Sourth-Koreans and Japaneses for a reboot of Kara-Tur, maybe theses can't agree because they have their own points of view (who is the evil empire and why? things like that).

It's often mentioned as one of the greatest - if not the greatest - works of Brazilian Literature. I've never read the English translation, but there's a general impression that the strong use of regional language makes the process of translating it very difficult. While I understand those who think it loses some appeal as a literary effort, I'm 100% sure the story and characters stand on their own merits, regardless of language.

Supporter
I would love to be able to run something in Mythic India. I'm about halfway through Siddhartha by Hesse, and this has just reaffirmed what a wonderfully rich mythical tradition they have. Oddly, this in one mythos that I don't recall ever having seen given the setting treatment. I haven't played everything though, so maybe there's an obvious example I'm missing.

There is Sahasra for 3.5 which was PDF only. Green Ronin had Mindshadows for 3e which was a mythical India-ish themed 3e D&D setting focusing on psionics and Yuan Ti (similar to how they did D&Dified Egypt in Hamunaptra).

WotC put out a PDF of using 3e Oriental Adventuresfor a setting for D&D India, Maha something or other I believe.

I have used parodies of real world legends. 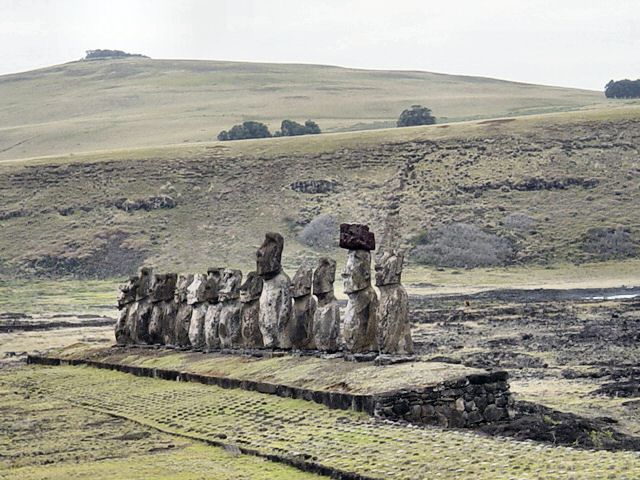