"Bearded devil" has always seemed like an odd name, but I discovered a possible origin yesterday: 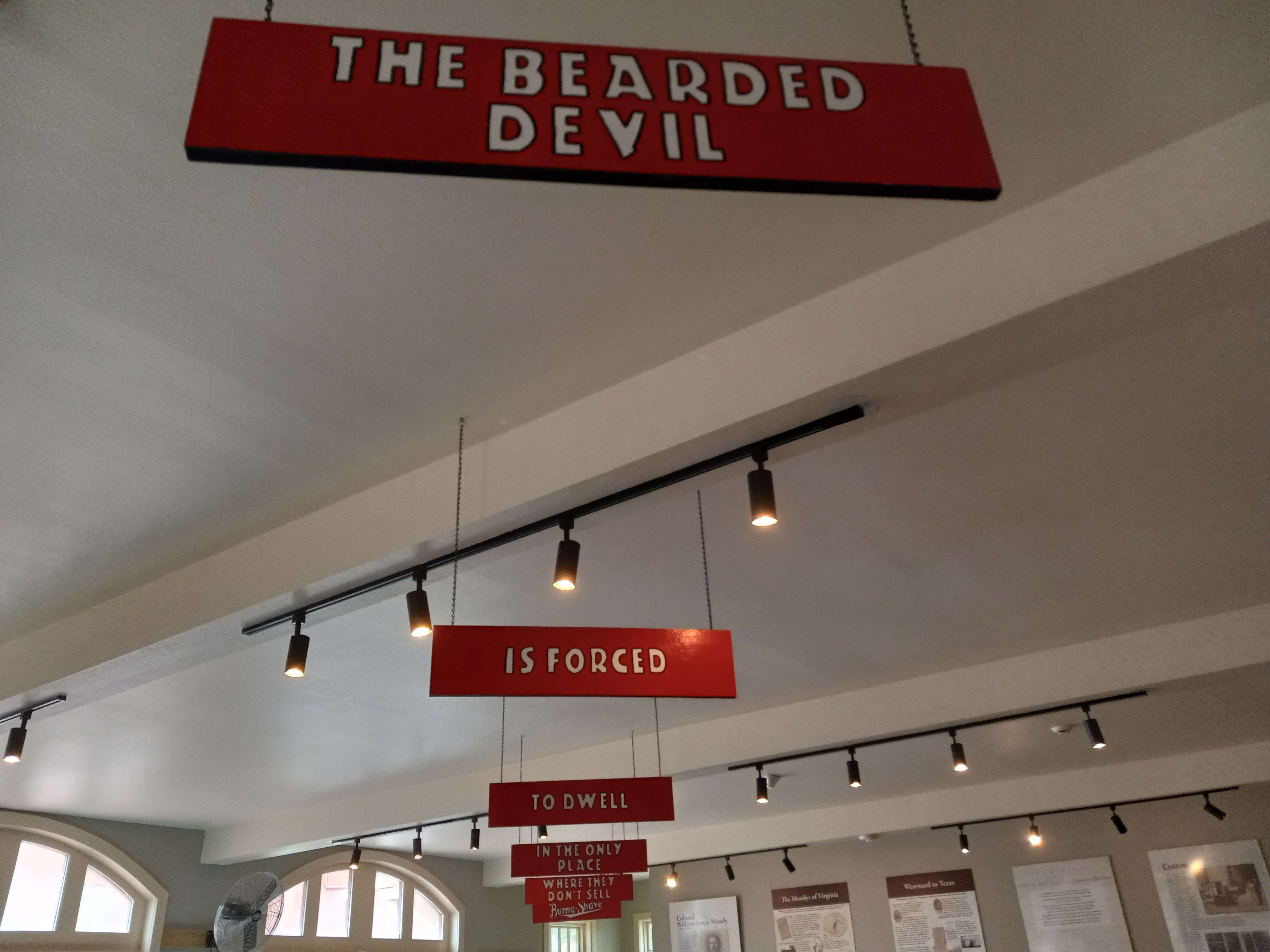 This series of Burma Shave signs hangs in the garage of the Moody Mansion, an old house (American old, not European old, it's only ca. 1895ish) in Galveston, TX that's been turned into a museum. Assuming they are authentic, they pre-date D&D.

For those who haven't run across it, here's the summary from Wikipedia:
"Burma-Shave was introduced in 1925 by the Burma-Vita company in Minneapolis owned by Clinton Odell. The company's original product was a liniment made of ingredients described as having come "from the Malay Peninsula and Burma" (hence its name).[1] Sales were sparse, and the company sought to expand sales by introducing a product with wider appeal.

The result was the Burma-Shave brand of brushless shaving cream and its supporting advertising program.... Typically, six consecutive small signs would be posted along the edge of highways, spaced for sequential reading by passing motorists. The last sign was almost always the name of the product."

"This use of a series of small signs, each of which bore part of a commercial message, was a successful approach to highway advertising during the early years of highway travel, drawing the attention of passing motorists who were curious to learn the punchline.[3] As the Interstate system expanded in the late 1950s and vehicle speeds increased, it became more difficult to attract motorists' attention with small signs."

A mostly-complete list of Burma Shave rhymes can be found here, if you'd like some entertaining light verse to read:

The horned devils seem pretty clearly like the malebranche of the Inferno, erinyes were furies from Greek mythology, and lemures were Roman ghosts, but I don't know about barbed, bone, ice, or pit fiends.

I don't see any reason to see the name construction as strange. There are also horned and barbed devils, to begin with, which use the same construction, and in the real world there are lizards called bearded dragons, plus a few other 'bearded' animals.

Blue Orange said:
The horned devils seem pretty clearly like the malebranche of the Inferno
Click to expand...

They are explicilty called malebranche in 1E.

Fifth Element said:
They are explicilty called malebranche in 1E.
Click to expand...

The Lesser Key of Solomon or Ars Goetia was a 17th century Grimorie that mentions Barbatos as an Earl of Hell. He gives the understanding of the voices of the animals, says past and future, conciliates friends and rulers, and he can lead men to hidden treasures that have been hidden by the enchantment of magicians. His name seems to derive from Latin "barbatus", bearded, old man, philosopher.

The Lesser Key of Solomon also lists Asmodeus, as well as (in MM2) Bael, Amon, and Glasya.

I'm guessing he got Geryon from Dante's Inferno and Dispater from the Inferno and Roman mythology. Why Gygax made Asmodeus the chief devil instead of Lucifer or Satan is anyone's guess.

I was pretty sure the origin was here...

Blue Orange said:
. Why Gygax made Asmodeus the chief devil instead of Lucifer or Satan is anyone's guess.
Click to expand...

Pretty easy guess I reckon, considering that even without them named the 80s still happened.
Black Leaf RIP