During 2020, when the global pandemic hit, tabletop roleplaying game sales continued to rise, with the market in the US and Canada growing from $80M in 2019 to $105M in 2020, according to estimates by ICv2. 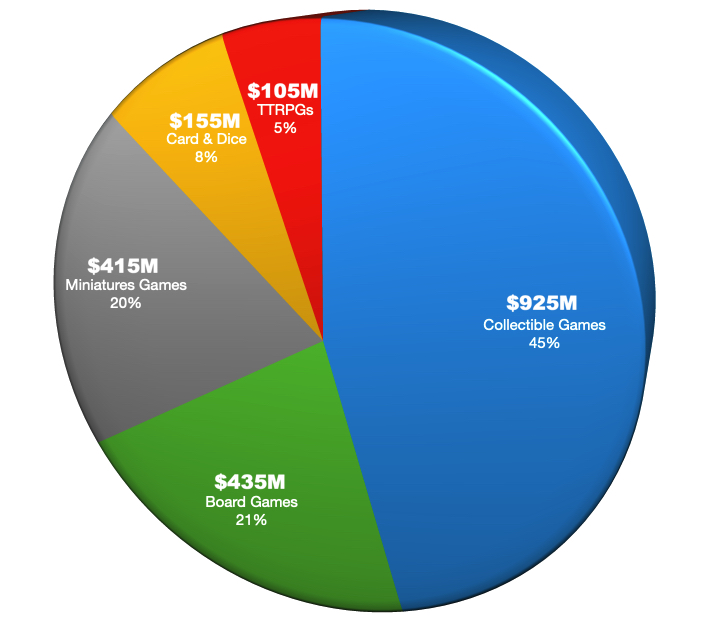 The below table is based on figures from ICv2. For timescale context, also compare chart changes with events listed in the chart [URL='https://www.enworld.org/threads/tsr-wotc-paizo-a-comparative-history.662357/']TSR, WotC, & Paizo: A Comparative History[/URL]. [ATTACH...

The site reports that the hobby game market as a whole reached $2 Billion, and that the RPG segment was led by a grown of 33% for Dungeons & Dragons, making it the highest percentage growth in the hobby game channel.

ICv2 derives its estimates by interviewing retailers, distributors, and manufacturers, along with publicly available data from Kickstarter and other places.
Click to expand...

Umbran said:
The question is whether it will contract again when the issues have past.
Click to expand...

WotC reports that they have year after year growth in D&D (& Magic) and I think in 2020 it was 65%. Critical Role & 5E have made RPGs more relatable.


30% growth in a single year is pretty ginormous. Many industries would kill for those numbers.

darjr said:
But D&D is traditionally played in groups, outside of most of the players homes.
The play by computer is a new and fast growing part. I dint think it’ll ever go away, and might eclipse in person gaming, but I still think there will be a boom when in person gaming picks up steam again.
Click to expand...

In my experience, D&D is traditionally played in groups, at one of the players' home.
Most weeks of the year, the group around theirs or at mine. One or two days a year in groups at a con.

I think we may see a dip as people are able to do more this year than last year, but on the other hand the ones that picked up dice and entered the TTRPG community via digital means are still rolling the d20 while I am seeing my players at my lodges who did not play in virtual space return to the table in our first live events this summer.
I want to see how this plays out over the next several months so I have a better grasp of who dropped out, moved away, or has come back to the tables before I make a final determination.


How much is that in platinum pieces?

2019 was also a phenomenal growth year. I think that trend will at least continue and grow 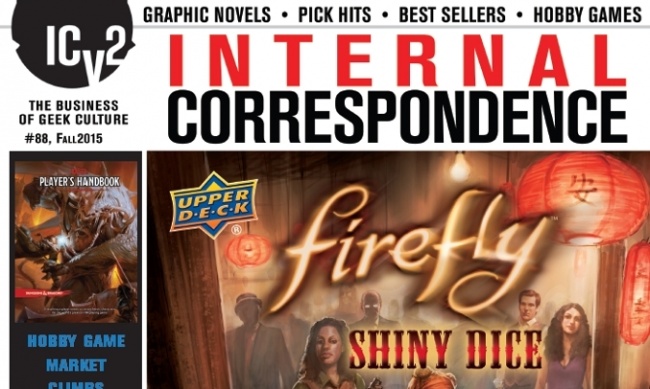 According to New ICv2 Report

Picking 2014, we can see then "RPGs growing the fastest" apparently from a very low base.

Overall, hobby gaming has gone from 880 million to 2 billion. RPGs grew almost twice as fast, from 25 million to 100 million.

I also don't think this includes virtual/VTT sales, which have clearly grown much faster (albiet from a very small base).

Its mathematically impossible for growth like this to continue forever, but it could certainly go for a while.

@TerraDave, a 400% increase in 7 years. O.O That's insane. I know it won't last. But, heck, even if all growth stopped today, and we just stayed where we are, that's still fantastic numbers

Somebody should level up that game.

darjr said:
But D&D is traditionally played in groups, outside of most of the players homes.
The play by computer is a new and fast growing part. I dint think it’ll ever go away, and might eclipse in person gaming, but I still think there will be a boom when in person gaming picks up steam again.
Click to expand...

Play by computer is hardly new... I'll come back to that in a moment.

What happened in 2020 is built upon a confluence of things from several years prior...
It's the combination of all of these.

On to some more detailed thoughts...

I first encountered RPGing online in 1988... people playing via posts to local BBSs, some colleges having ethernet to the dorms having folks playing via TN3270 connections to an ANSI graphics VTT server. (I wish I could find it again. It ran on a PC, which, in spring 1989, I didn't have, being an Apple II user at the time, and doing papers on a mac at the LRC.) A number were around in the 00's, making good use of the rise of high speed (>10 Mbps - megabits) connections via ISDN, DSL and Cablemodem, and in florida, ENoP ²...
VTT's go back half the history of RPGs at this point.
It's fair to say that the VTTs are finally at a point where they're newb-accessible, and hit that just in time for the pandemic to make them desirable.
And streamed gameplay video is relatively new - ISTR it starting in or before 2012. I didn't care for it much then, and am not a big fan now... but the SG1 game with David Blue (Eli, SGU), David Hewlett (McKay, All three), Julie McNiven (Ginn, SGU), and three other part-timers from the show was a lot of fun to watch. I'd love to see that group play again. (Dial the Gate video podcast on YouTube.) I'll also say I'd welcome any of them at my public games.

Streamed gameplay by groups of actors has a bunch of different approaches... I don't care for the more scripted forms. But the teach the system to a mixed party of newbs and skilled players used by Free League/Fria Ligan and by Wyvern Gaming is much more useful, and to me, more fun.


¹: I'm not saying best. What I'm saying is that the rules are amongst the easiest to get and easiest to understand - two different kinds of accessible, and it's the best in both under the D&D brand label.
²: Ethernet over Power, Ethernet over AC... modulate the 60Hz 110v with a 10 to 50 Mbps signal over. The only place I've ever seen evidence of installation was in Florida. Was mentioned in Datamation in 1996.
³: High Speed being pretty much anything past 10 Mbps (megabit per second) Cable, DSL, and ISDN modems.

@aramis erak thanks for that!
Interesting. Yea the confluence of vtt tech, licensing with wotc, and the pandemic does seem like a perfect storm. Huh.

Games Workshop is a British based company best known for Warhammer 40k and Age of Sigmar. GW generated $370,000,000 in revenue last year whereas WotC generated more than $800,000,000. But like a lot of things these days, if it's not on your radar it's effectively invisible. But there's a lot more space devoted to Warhammer and Age of Sigmar at my FLGS than there is to D&D or RPGs.

I have a tough time breaking down my spending like that. I bought a lot of Games Workshop products in 2020 but I also bought a lot of miniatures from other companies to use for RPGs once the pandemic was over and we returned to face-to-face gaming. But I purchased more RPGs in 2020 than I normally do in a year.

darjr said:
@aramis erak thanks for that!
Interesting. Yea the confluence of vtt tech, licensing with wotc, and the pandemic does seem like a perfect storm. Huh.
Click to expand...

The biggest change came from the move in many areas to better connectivity... higher speeds due to both lower latency (via fiber-optic or higher quality cable runs) and wider bandwidth (wider per strand by careful use of low harmonic multi-frequency transmissions, and more strands per run, for much better gains), very minor gains in compression efficiency and continuing gains in multiprocessor capability (to run more compressions at a time, and run better compressions)

The biggest change came from the move in many areas to better connectivity... higher speeds due to both lower latency (via fiber-optic or higher quality cable runs) and wider bandwidth (wider per strand by careful use of low harmonic multi-frequency transmissions, and more strands per run, for much better gains), very minor gains in compression efficiency and continuing gains in multiprocessor capability (to run more compressions at a time, and run better compressions)
Click to expand...

And, if I may,I might just add another point - critical mass. (no, not Critical Role, that's a different thing )

Once VTT play hits a certain level, it just gets easier and easier to find games. It's sort of like live gaming that way. If you live, like I did, out in the boonies, there are very limited options for play. You have one, maybe two groups, and that's it. But, when you move into the cities, suddenly there's all these other people to play with. You have an LFGS to meet gamers, a university gaming club, now an Adventurers League or RPGA (back in the day) option. So on and so forth.

So yeah, it's really been a perfect storm. I've been VTT gaming since about 2002, and it's been astonishing the shift in the past few years. If you want to run a game, finding a group is instant. If you want to play, you might have to shop around a bit more, but, it's still pretty easy. And, with the technology the way it is, online gaming isn't second fiddle to face to face anymore. There's a lot of advantages to online play. There's a lot of advantages to face to face as well, don't get me wrong. I'm not trying to say one is better than the other. But, the days of online play being the red headed stepchild of gaming are pretty much gone.