Several party members walk into the room while the lions are buffing each other:

A large Iron Golem steps out of the portal, and takes two steps forward, into squares G4-H4 / G3-H3. As part of its movement, it turns toward the party.

Iron Golem Attacks: 38,33 (both hit); Damage: 22,24 = 46 pts. total.
During the "surprise round," several members fall prey to the Lion-thing's suggestion spell. Kleborn, Lenny, Tam, and Sylvar walk blithely into the room, followed by Lathir, who steps in front of his friends, purposefully; Lathir resisted the suggestion, but entered the room anyway, growing tired of the Lion-thing's bravado.

As this is happening, the Lion-like creatures begin casting buff spells on one another; it is not hard to guess what the spells are. They are all casting Aid spells.

A third thing happens near the end of the surprise round that is COMPLETELY UNEXPECTED! A large portal (actually, a planar Gate) opens up in the southeast corner of the room! As soon as the portal opens, a strange-looking Iron Golem steps out of the portal, advances 10 ft., and turns toward the party. The party can clearly see that there is a large, crystalline ball embedded inside the golem's chest. The ball glows with a swirling blue energy. As this is happening, a soft, female voice issues from the golem's "mouth":

At that point, a thin, ash-gray ray of what looks to be negative energy, issues from the globe in the golem's chest, and strikes the force door, disintegrating it completely. Holding the door open is now a moot point.

During the first normal round, the golem is able to act before anyone else; this golem is not slow or lumbering as it should be. It moves with a preternatural speed, indicative of some highly advanced construct, bearing enchantments that you've never before seen.

Voice: "Georgie, kill the Lion creatures. Don't use your breath. The space is too small."

The golem spins on its heels, to face Lion #5; it catches the creature flat-footed, and slams it twice with its massive fists. The creature snarls more in agony than in aggression, as everyone hears the sounds of ribs cracking under the force of the golem's fists!

Lion #5 will not last much longer under such a pounding. 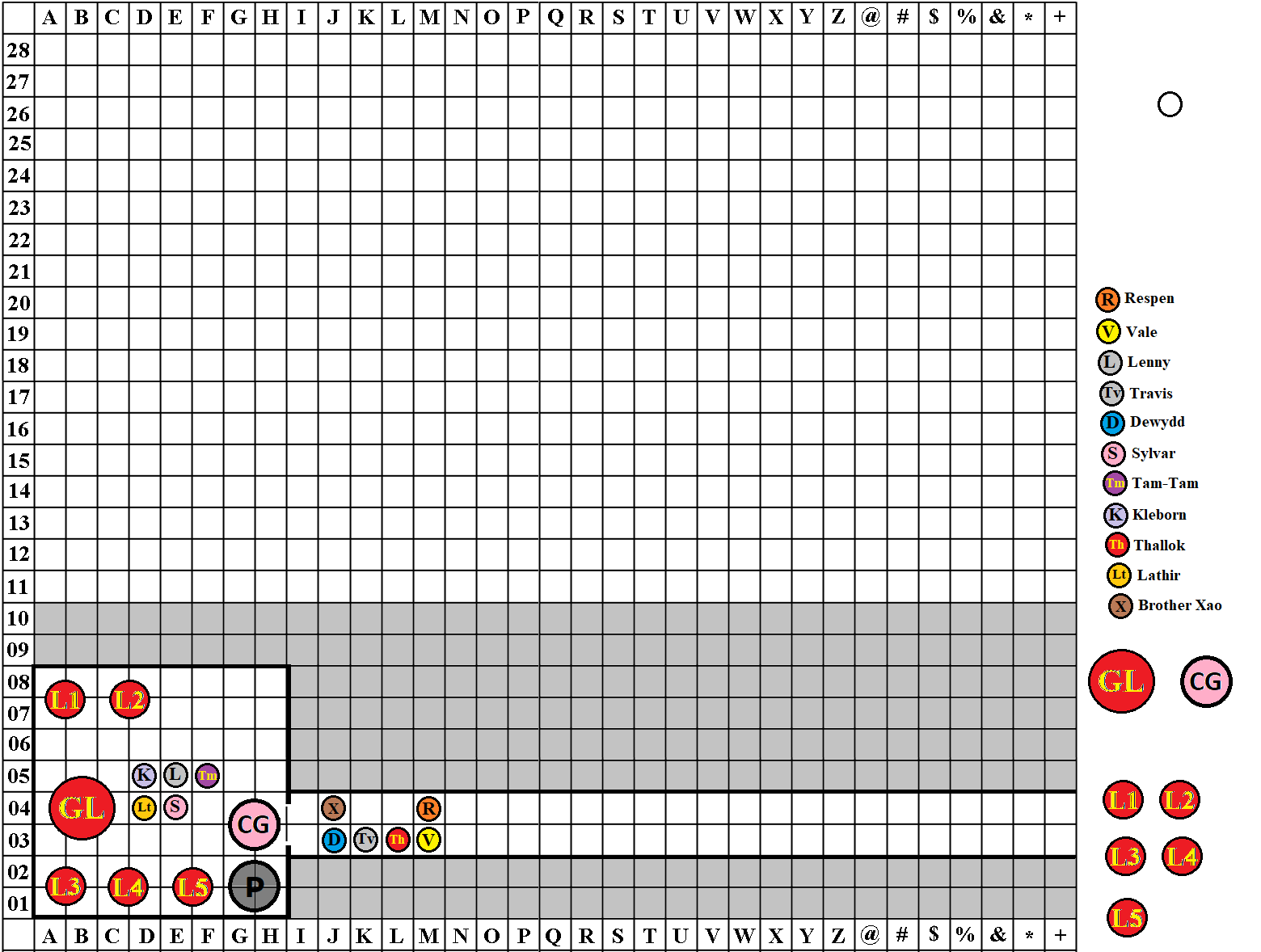 TAM: The suggestion spell has run its course. You are now in the lion's den, no pun intended. However, to your surprise, the door dilemma has been resolved. And it appears that the party now has help. You suspect that Respen's mistress, Clare, might be the one to thank for that. What do you do?
Last edited: Jul 29, 2021

Supporter
Going against the obvious tactic of trying to sneak around one of these things, Tam slips on his invisible ring as he races toward the golem. With Lathir's hat, he changes himself into a red fisher (in the weasel family, larger in size than most, though). Knowing it to be an excellent tree climber, he climbs the golems legs like tree trunks and then makes his way up its back to stand on its shoulder.
From the left shoulder he comes.up with a line of attack: hurt from above.
He changes back into his true form grabbing his bow and readying two arrows, taking aim at L2.

In a euphoric, whirlwind of whimsy, Tam forgets himself. He forgets that the hat's powers are illusionary, and not actually polymorphic. Imagining himself to be a weasel, he flies into action! Since his enemies are all still flat-footed, no attacks of opportunity are taken.

But the Halfling is still an extremely skilled gymnast, with a good sense of balance. Tam pushes off the nearby wall with his feet, doing a somersault in mid-air, landing on the golem's shoulders.

Tam completes his move action, coming to rest atop the big automaton. But the golem is currently in motion, and Tam is forced to shift his weight a little.

Tam can only fire one arrow because of his movement; but his aim is true. He hits Lion #2 squarely in the mid-section... only to watch the arrow rebound off of the creature's tough skin.

It is a truly impressive display of prowess; had Tam been better equipped, he might have had a different outcome.

Lathir shifts to bear form in the blink of an eye; in an instant, he is every bit as big as his opponent. The greater lion seems somewhat taken aback by the sudden transformation! Sylvar is surprised as well, as he takes a Swift action to back up a square, to give Lathir room to fight.

Lathir claws the thing twice, and bites it once. The bite gets through the tough skin, using raw force, but doesn't penetrate enough to cause much damage.

However, the claws are far more effective; being adamantine, the claws shred the Greater Lion's skin like paper, opening big wounds in the creature's left flank.

The Greater Lion-thing roars in AGONY as Lathir-Bear tears into him. It is clear that the Lion-thing was not expecting such a fierce onslaught. He draws in a deep breath, and lets loose a tremendous ROAR that is augmented with sonic force! 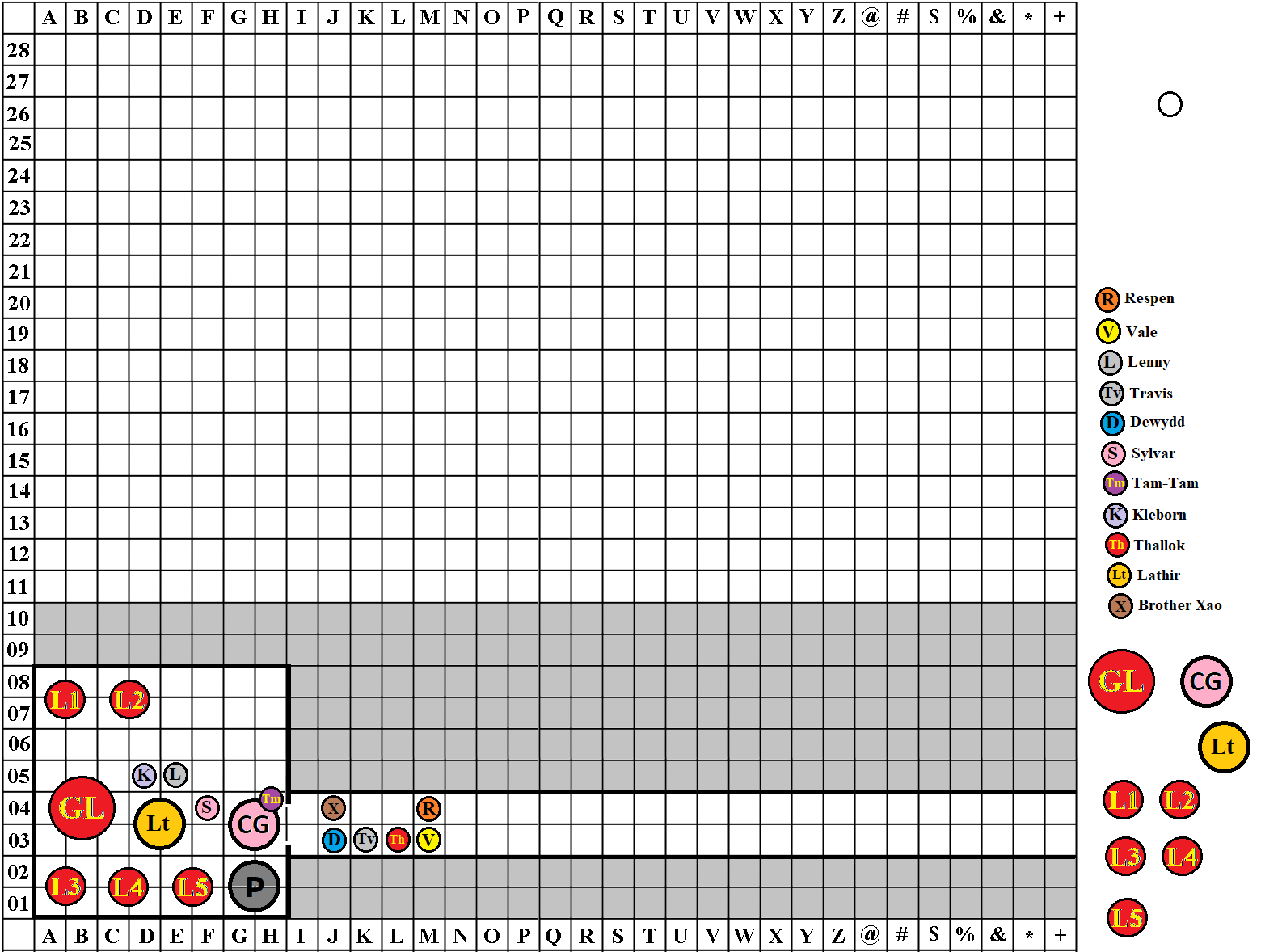 EVERYONE: Make a Willpower save, DC 19. Remember your +5 bonus to saves from Khubsheth, if you have it.

VALE: It's your turn! Most of your friends resisted the Lion's blast, but Sylvar and Travis fell short! What do you do?
Last edited: Jul 30, 2021

Vale:
Seeing Sylvar in trouble, he moves into action. Jumping forward to behind Sylvar (G4), he casts Restoration on Sylvar to deal with the roar's effects. "Elf! We can't 'ave ya out of the fight."

Respen:
Moves to K4 next to Dewydd and behind Brother Xao. He surveys the battle, thankful for Dame Clare's intervention. As unnerving and dictatorial as she could be, her link to him through the orb did indeed afford him and his comrades protections, the benefits of an ostensibly evil benefactor to a good apprentice. He grasps Dewydd's shoulder and smiles, casting the glamer illusion of Greater Invisibility on him. He winks at Brother Xao. Immediately, he turns back toward Travis to attend to him, clearly reeling from the roar's strength-sapping magic.

Vale moves up next to Sylvar and casts Restoration; in an instant, as the result of a blue flash of light, Sylvar's strength, balance, and wits return, and he feels completely refreshed!

Respen then moves up behind Dewydd, and casts Greater Invisibility on him; in an instant, Dewydd disappears from sight, although a mock-sinister chuckle can be heard from the warrior-mage, as he prepares to employ his particular skillset.


SYLVAR: It's your turn! What do you do?

Were singing all day and you can't tame it
High tide and low tide you know
Night time or morning time
We're going strong
Headed up down the river
I feel the reveling
I feel change on the rise...

Fend off the enemy
Sing out the jubilee
With all the fire we can breathe."

Also, the song is "Change is on the rise" by Avi Kaplan

Xao advances, and punches the creature HARD, putting all the power he can muster into that single strike... But the creature's skin is far thicker than he expected. He does not inflict any damage.

LENNY: It's your turn! What do you do?

Lenny
"Oh... Erm, this is embarrassing. It seems Travis and I forgot to give our newcomers our protections in our rush to finish exploring this place!" Lenny states as he breathes fire out in a cone in front of himself, taking care to miss Lathir. Instead of being a typical flame, the fire seems viscous and sticks to the enemies it touches, hindering their movements. It painlessly dissipates from Klebborn due to the twins having cast Endure Exposure on each of the party members (save Lathir and Xao). "Your fire effects will be more potent while you're within range of Travis or myself." 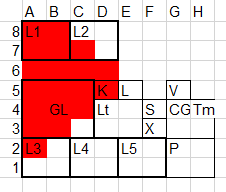 The effect lasts for 1 round (bad roll).

Entangling Exhalation: Your breath weapon deals only half its normal damage. Any creature that takes damage from the breath weapon becomes entangled and takes an extra 1d6 points of fire damage at the start of Lenny's next turn. 5 damage.

Entangled: The creature moves at half speed, cannot run nor charge, has -2 to all attack rolls, -4 penalty to Dex (AC & Reflex saves reduced by 2), and if they attempt to cast a spell they must make a Concentration check of DC 15 + the spell's level or lose the spell.

Both Lenny and Travis are projecting a Draconic Aura of Energy (Fire). They and all allies within 30 feet gain a +2 bonus on the save DC for spells, powers, spell-like abilities, supernatural abilities, or any other ability that has the fire descriptor or deals fire damage.

Thallok was ready to take the diplomatic path, but the current events necessitated action. Thallok sees the others in the room, with the golem blocking them, and he knew he needed to be in the room fighting along side his friends. He makes his way around the golem into the room next to lion 2. His goal is to get this one out of the way to help with the big one. As he approaches the lion statue he attacks.
Thallok move to square E6 and attack lion 2
Thallok will use mountain hammer maneuver
Attack with Sylvar's song = 28
Damage from attack = 25
Damage from Mountain hammer 2d6 = 8
Total damage = 33

DEWYDD: It's your turn! You're invisible! What do you do?

Tuesday at 2:32 AM
Libertad