D&D 5E The Next D&D Storyline Will Be Released In September; Plus 'Reality TV' D&D At D&D Live!

The new D&D storyline, which WotC announced that they would be announcing online at D&D Live this month, will be released in September, WotC's Greg Tito announced in an interview with Screen Rant.


We've done these events annually for the past few years to get the Dungeons & Dragons community excited about playing with each other, as well as for the new storyline that we will introduce at this time that will be released in September. 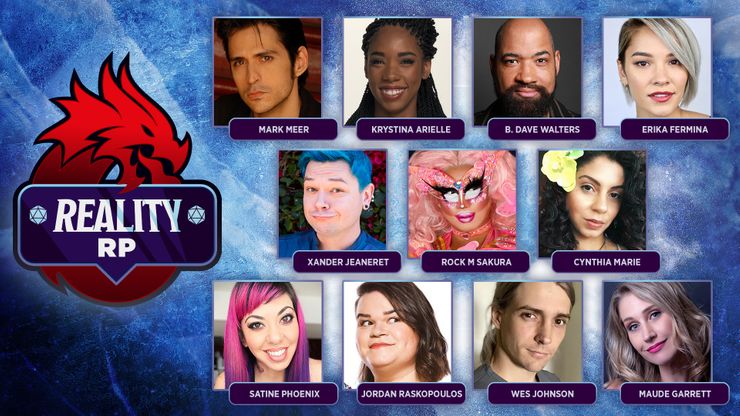 The announcement event will also feature some reality-TV style features which they're calling "Reality RP". The storyline involves a prison warden who's a wizard, and who traps a group of suspects in a food storage sabotage investigation and sets them challenges. One of these ten people is the culprit, and each is played by a different performer. Over the weekend, the cast members get reduced until there are only three left on the last day.


At its core it is a combination of different things, it's performative cosplay, deductive roleplay such as Clue, but there is Mafia/Werewolf, those type of party deductive reasoning social games, as well as reality television gameplay, I know we all hate on reality television but some of the shows are actually pretty innovative as far as what kind of game design and things that are going on.

There's other information in the long interview on Screenrant, so it's well worth checking the link. Amongst other things, Tito revealed that the proportional of women playing D&D has increased from about 39% a year or two ago to about 50/50 now. He also mentioned that we can expect to see more Magic/D&D crossovers in the future.

QuentinGeorge said:
I read the article and I'm still really confused as to what this actually is. Is it actually a live game of D&D? Or more like LARPing? or a live game of Cluedo?
Click to expand...

Yeah, is more like tabletop improv: each day, the secret cultist get to kill on other player at night. On the morning of the next day, the killed player is taken out of play and the rest of the group discuss to find and execute the cultist. The goal of the cultist is to be the last one standing without, obvs, being spotted and executed.

From what I've read, in game, we are talking about 10 ''suspects'' +1 game master. All suspects come from 10 different towns in the region, which, added to the frosty background of the announcement, is another clue in the direction of Icewind Dale.

Do you know any videogame what allows a virtual version of the LARPG?

That looks to be the case.

I wonder given the theme of they'll announce a DnD themed version of cluedo (clue)? It was the mindflayer that did it, in the fetid swamp with the vorpal sword!

If it is reality RP will they be releasing live panthers.

Nilbog said:
I wonder given the theme of they'll announce a DnD themed version of cluedo (clue)? It was the mindflayer that did it, in the fetid swamp with the vorpal sword!
Click to expand...

Heck, not only does it exist, they did it twice! 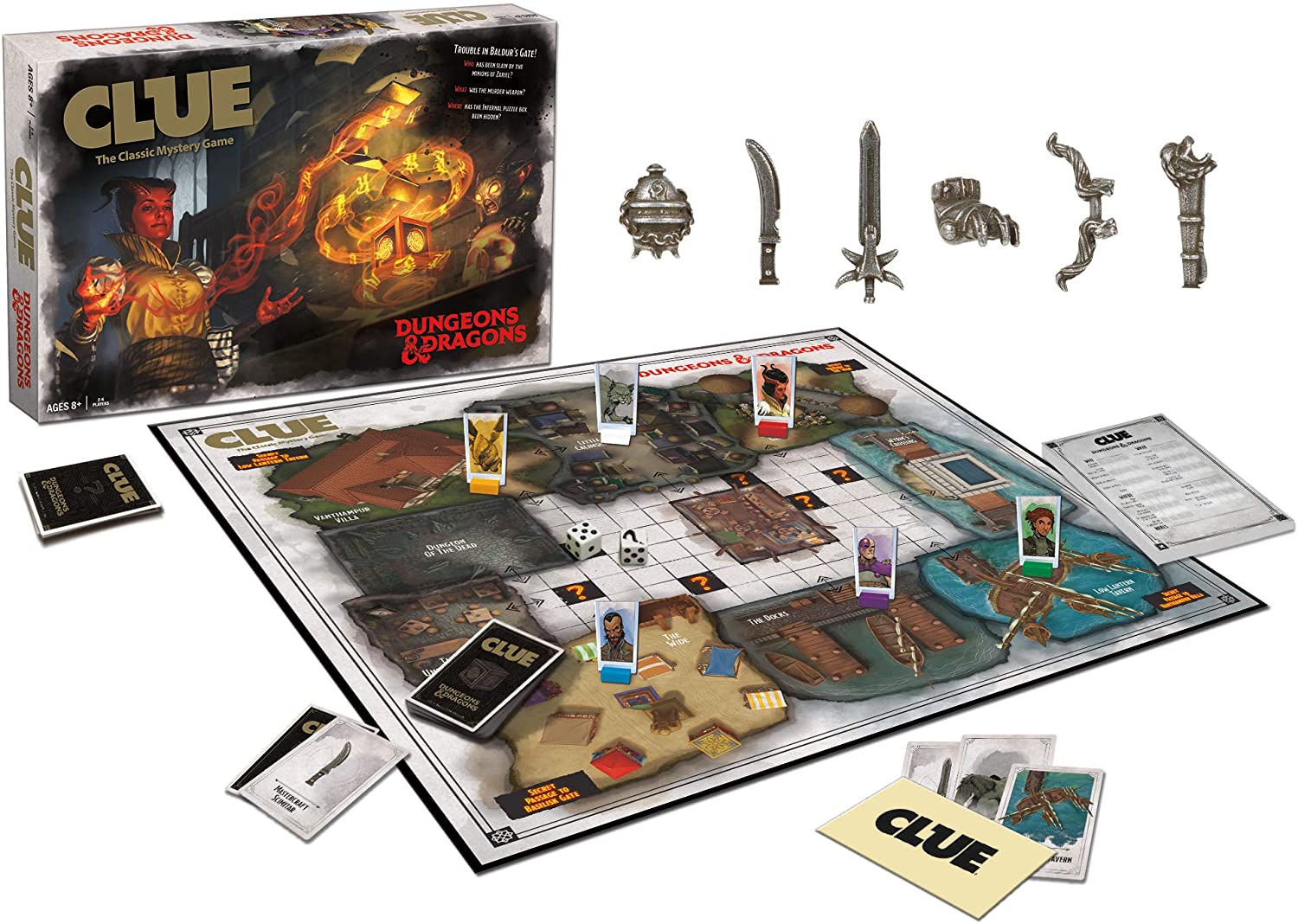 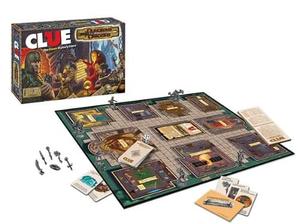 If the next book comes out in September, I think that there is a better chance for a fourth book in late 2020.

I don't know how interested I am in this particular event, but the news that the player base is now about 50% women is really phenomenal. I never would have imagined it even a few years ago.

My partner and I recently re-watched the first two seasons of The Mole, and I remember thinking about how much fun but ultimately unfeasible it would be to do a D&D version of it; this sounds quite a bit like that.

That is indeed stated in one of the quotes in the article...


Mr. Patient said:
I don't know how interested I am in this particular event, but the news that the player base is now about 50% women is really phenomenal. I never would have imagined it even a few years ago.
Click to expand...

Yeah, that's incredible. And up 11% of entire player base in less than 2 years. As the player base is expanding! Every group that I play in has at least 1 woman; but none of the groups have more than 50% women representation.

I wonder if there is data on how many GMs are women? That's the next big step forward imo.

Question: Along with the sales data released last year, it was also revealed that 39% of the D&D player base is now women, and that's a pretty big leap from the days when the game was considered to be a bit of a boy's club. What do you think has caused such a drastic shift in interest in the game?

Answer: That data is from a few years ago so I think it's potentially trending toward 50/50, which is our goal. We've been collecting survey data on that now and I don't think we'll be satisfied until it is up to what the population numbers actually are. And I think it has to do with a lot of factors, I think that you mentioned the boys club attitude that has been eroding over time with the more mainstream acceptance of the game as a whole. Folks like Joe Manganiello who has been very vocal about "hey he's a jock, he's a gym brat", but he likes playing Dungeons & Dragons and I think that broke down that barrier and I think that a lot of women are seeing themselves on streaming shows like Critical Role, I think it was really instrumental in showing role-players, you know, people who enjoy different facets of the game, can find the appeal in it and if you enjoyed playing with dolls as a child, you're kind of gonna like playing D&D. I think a lot of that had been ignored by women for a long time and now that they got to see they can do that as adults and as kids, but especially adult women are seeing the joys and beauty of the game and spreading it and playing it with their children, I think all of those factors contributed to the growth of the player base and not just women. I'm also seeing a huge increase in people of color who are wanting to join this game, and not to get to treacly about this, but I think that more people playing D&D and putting themselves in the shoes of others can do a lot for how people are approaching hot topics about racism right now. It's really encouraging to see people who have experimented with playing different characters, and different ways of experiencing the world and having their eyes opened and to saying "I've never really realized this is what people were feeling" and it's really eye-opening to think that the more it's done, it can help the world as a whole.

Too bad the days of 4E are over. If that edition had blossomed during the age of streaming, we might have gotten American Gladiator - D&D edition


Nikosandros said:
If the next book comes out in September, I think that there is a better chance for a fourth book in late 2020.
Click to expand...

Yeah, my thoughts too. In fact, I think it has moved from "maybe" to "probably." We've never not see a November book, which aligns with the holidays. So that is (probably) good news.

Yeah, my thoughts too. In fact, I think it has moved from "maybe" to "probably." We've never not see a November book, which aligns with the holidays. So that is (probably) good news.

Ten towns in a region concerned with food supplies...?