The Diana Jones Award is presented each year at Gen Con to just one winner, out of a shortlist.

Named after the Indiana Jones RPG, the burned remains of which are encased in the trophy (leaving just the words 'Diana Jones' visible), the award rewards 'excellence in gaming', and can go to anyone or anything -- a person, a product, a convention, a movement (a couple of years ago it went to the concept of Actual Play).

Ajit George tweeted "Wow. It is hard to describe how I feel about winning the Diana Jones Award, particularly for the reasons I was nominated. It means a tremendous amount to me--the feeling of being seen and acknowledged*--especially for something so core to my values." 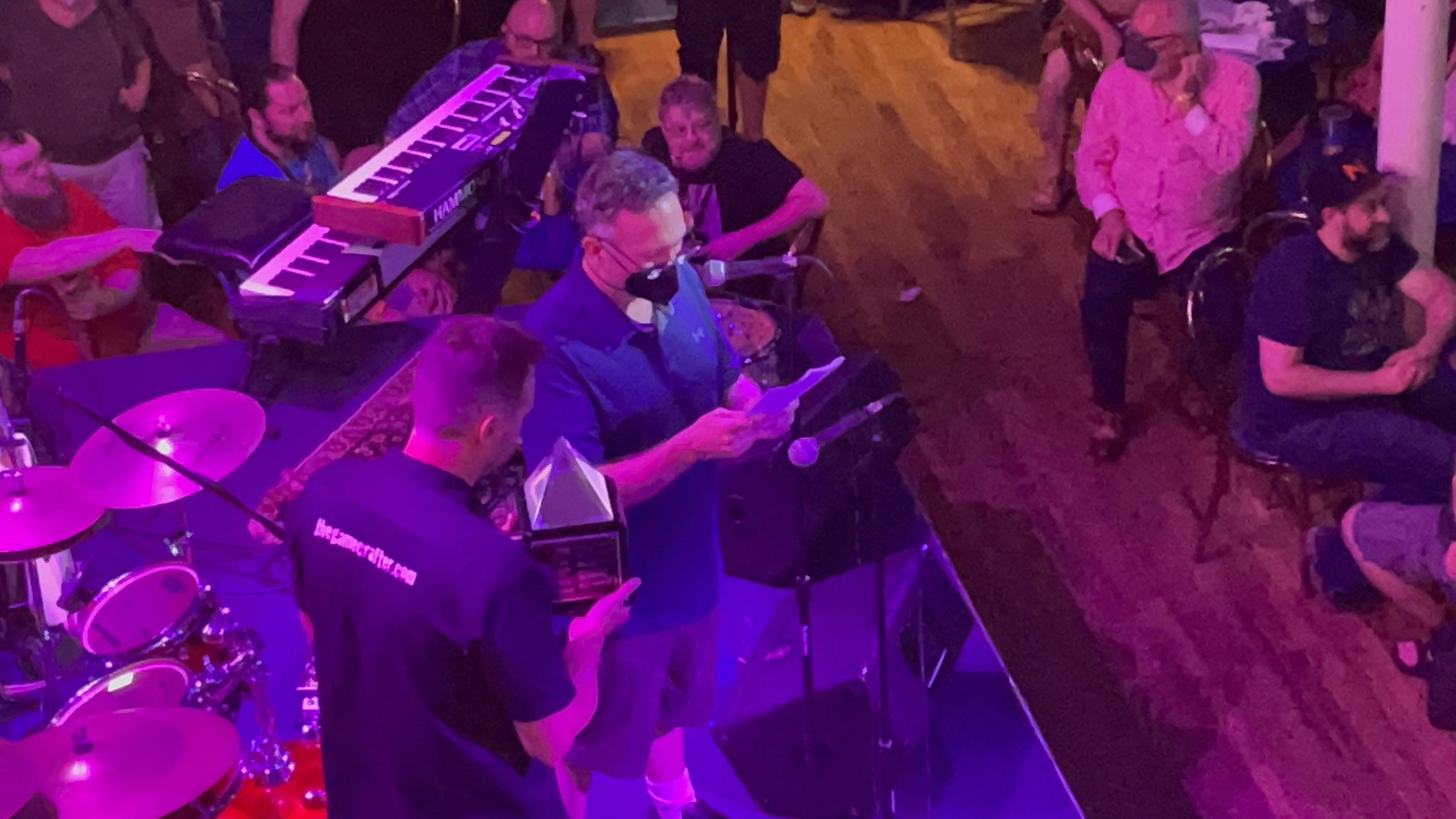 For Excellence in Gaming
www.dianajonesaward.org

The finalists this year were:
The winner, Ajit George, won for their advocacy in representation. George is also one of the co-lead designers for WotC's recent Journeys Through The Radiant Citadel.

The actual trophy was lost a couple of years ago. There's a new trophy this year! 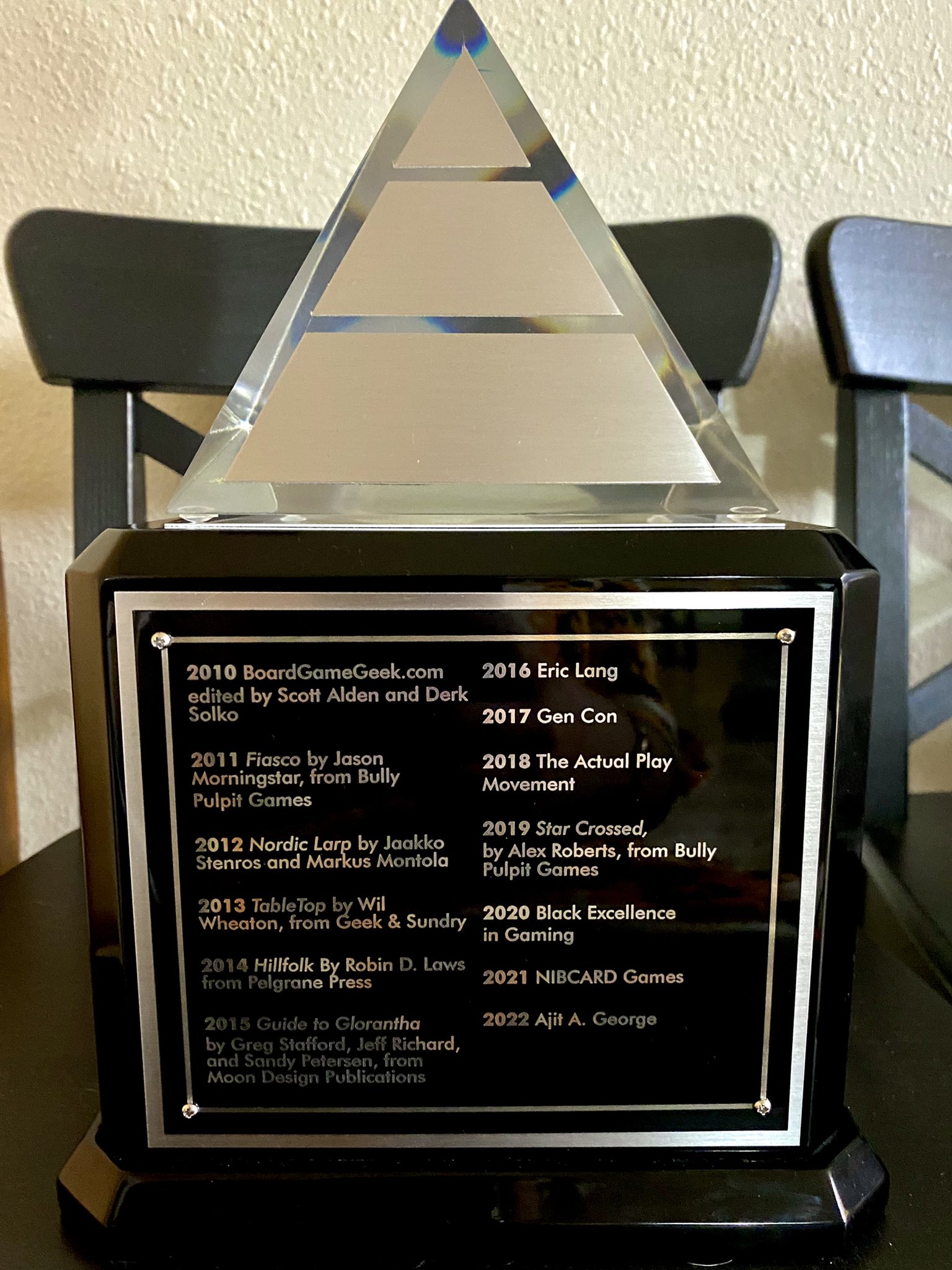 Congratulations! Well deserved. I’ve enjoyed and appreciated the interviews with Ajit George and the other Radiant Citadel writers.

Congratulations to Ajit. As I was reading the article I was thinking, "I wonder if they ever found the original award?", and they did not.

Just got Radiant Citadel a few minutes ago. 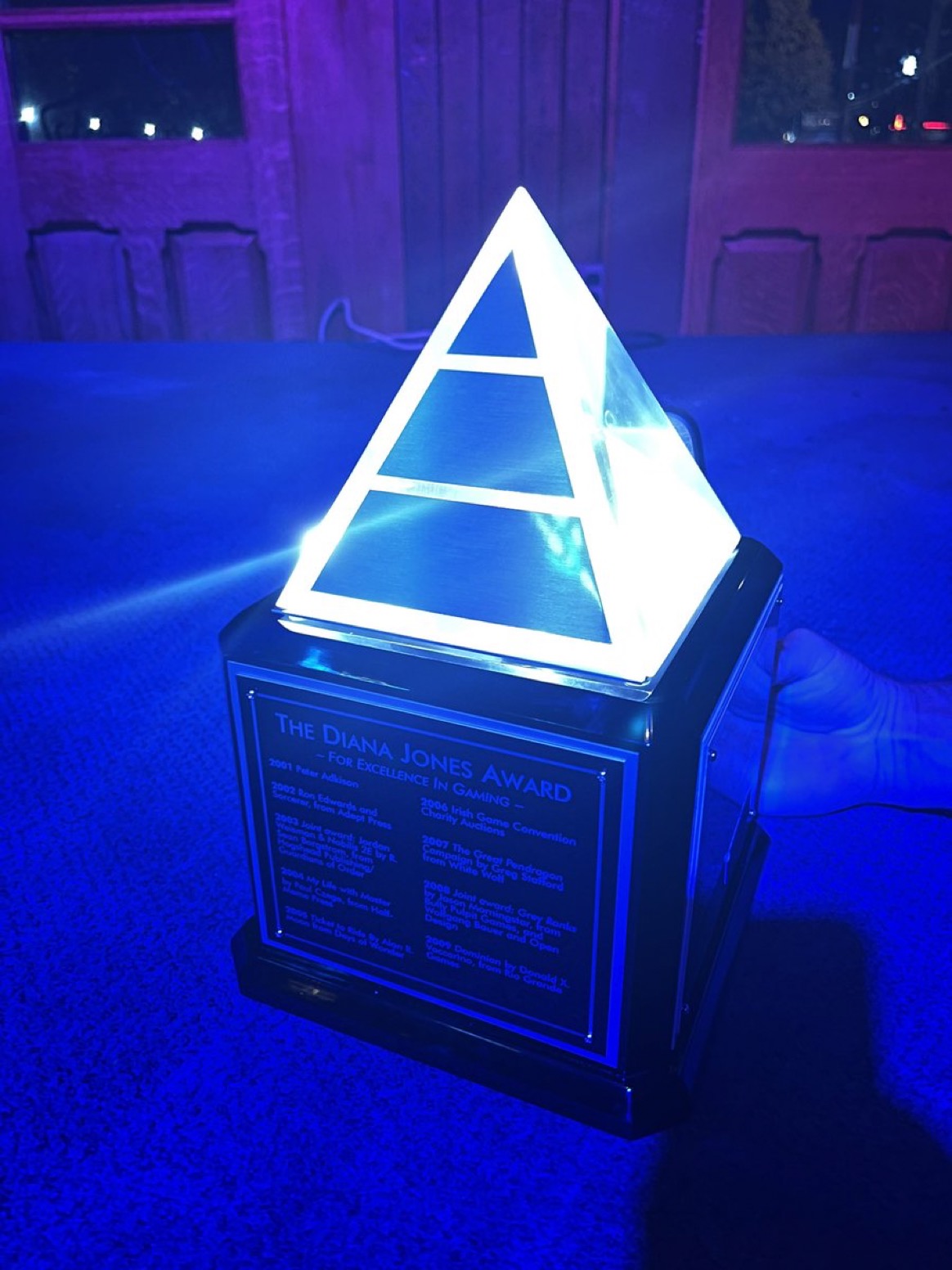