Enanthil raises his glass :”To our host, and to the plan” he says smiling

Epic
Wakanga takes the toast graciously, and while smiling nods his acceptance. "Master Rhino spoke of purchases, but you will not be able to gather anything tomorrow." he says sitting and starting on his plate. "Best if you make a list of the items you seek and allow my people to gather them before you set out."

Savoring the meal he excitedly adds, "The races usually have everything shut down. And tomorrow's race will be the grandest ever held. Not much will get done in the city anyway, so if you want, I could sponsor those who wish to enter Na N’buso’s Haka."

"Oh," Syndra cuts in. "I for one will be glad when this little scheme of yours is finally over and done."

Wakanga looks as injured as can be, but then looks in the groups direction. Expectantly. Hopeful even.

"You wish to sponsor us as racers?" said Obah, unable to hide his interest. As a boy, he had held the racers as heroes - everyone did. Never in his dreams had he considered the possibility of becoming one. It seemed a very bold plan, and Obah saw it for what it was instantly - a way to test these newcomers and to form a strong bond between them.

It was also a way to make a fabulous amount of money, and reputation as well.

To the others he said, "Oh, you must consider this offer - it is an excellent opportunity. You will not regret it."

Amil shrugs "If we must. I doubt there will be much learning done. But. New experience is learning."

Rhino finishes his glass after the toast.
"I have no objections to spending time immersed in the local culture, given that supplies are not yet available. But I have to ask the details of this race?"

Enanthil nods in agreement: “I would welcome getting to know these exotic creatures, and even better if I am fortunate enough to ride one!”

Braiden grins in excitement. He was not one for parties and social gatherings. Entering into these races sounded more his style.

Epic
The smile on the Merchant Prince's face grows wide. "Wonderful," he says with more mirth than you have ever heard in his already merry voice. "Tomorrow I will have Mowbula escort you, as I will have to be present with the other leaders. She will explain all the newer rules to you, all I can say now is that the main race tomorrow is a team event. And I am excited you all wish to participate."

For the rest of the evening the group learns that the great race will have multiple legs, each with a different dinosaur to represent it. Also the most exciting news is that it will be the first time they will be a race using the pteranodons, who the Merchant Prince's have been training for the last year for this. As Wakanga talks and goes from subject to subject, Syndra just sits quietly shaking her head now and then. You can almost picture a huge grin painted on the porcelain mask coming from the archmage.

When the evening storm has passed and Wakanga seems to finally be out of words the group is left to themselves in the little open courtyard of the villa. Twilight has turned to darkness and torch bearers wait patiently to escort the group back to The Thundering Lizard.

"Sometimes it pays to keep our benefactors happy," said Obah when the group was outside, "And besides, the races should be a fun time, and if we are very lucky, no one will be maimed or killed."

"Not very reassuring. But if there will be flying, I'm volunteering. If I somehow get off the mount, I can fly. And I can affect other riders at a distance. Do you know the rules of the race?"
Amil asks timidly. 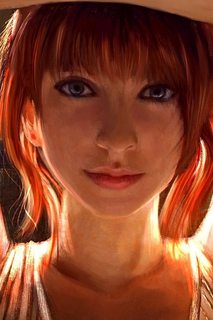 Lizzy looked a little skeptical. “I don’t know anything about dinosaurs, or the first thing about racing them,” she said. “I hope he isn’t expecting much from us in this race. Or that the locals don’t get affronted by a bunch of out of towners butting in on their national pastime. Not to mention someone getting hurt right before we were supposed to set out.”

"Well, either we make a good showing and become local celebrities or we do horrendously and again become celebrities if not the way we would like. But for the foreigners to be bad at their sports is not as terrible as it would be for their own. And the dinosaurs are just animals. Some are dangerous, others not. It is a wide categorization, as if you said mammals or fish. I don't actually know much about them, but the basics."
Amil motions toward the door where they came out of.
"If locals are unhappy, let them take it up with our host. We're just guests invited to the races."

"Prince Wakanga said something about 'newer rules' - I would be loathe to tell you something that has now changed," replied Obah on the subject of the rules, after agreeing with Amil, "I have not been to the races myself in many years, and never as a participant."

Epic
The streets are slick and dark as you continue back to your rooms at The Thundering Lizard. Not as crowded as they are during the day you only pass a few people out on the streets, although you do pass a couple groups of men finishing up the decorations for tomorrow's celebration. Obah knows that they are marking off the course for tomorrows race, to both keep the racers on track and warn spectators away. As you pass under one of the many bridges which link up the tall hills of the city you see five men hanging a large iron ring from the columns holding the bridge aloft. yellow and red streamers on each side mark the ring as part of the race track. Though this is the first time the native Chultan has seen such a thing.

Obah marvelled at the ring, imagining what he would have thought of it as a child watching the races.

"Perhaps we will be made to jump through!" he shared his thought aloud to those nearby.

"Given that it is hanging under the bridge, maybe the fliers will have to go through?"

Neurotic said:
"Given that it is hanging under the bridge, maybe the fliers will have to go through?"
Click to expand...


Obah laughed and nodded as if that were the best suggestion he had ever heard.

Epic
Reaching the inn and taproom the group finds the building a buzz with talk about tomorrow, and the great kings the festival is suppose to honor. Groups of men toast to kings of the past and to the Merchant Princes and their continued wisdom. The mood is festive as if Na N'buso Haka is getting an early start.

Find some coffee and a library - read about past races...

I could see Lizzy celebrating a bit and maybe trying to get some information on the other racers they would face.