D&D General what is the unifying theme of gnomes?

They also get all the spare folkloric traits of dwarves after D&D's Tolkien-derived dwarves got what they did.

Basically Gnomes are a grab bag from the remnant folkloric attributes for fey peoples that Tolkien didn't use.
Click to expand...

Which is why, in at least one of my homebrews, Gnomes are true fey. Including mystical powers and weaknesses.

Similarly, that setting had Dwarves as a kind of Earth Elemental.

A good heraldry for gnome would be a cross rapier and great sword.
The rapier is what they use, in a deadly manner.
The great sword is what they think they use.
All they need is a racial feat that allow -5/+10 with a rapier!

Maybe I am not objetive at all, because gnomes aren't forgetabbles characters for me, but they are linked to certain memories from my childhood, two cartoons about gnomes. Then the gnomes in D&D are like remeeting an old friend after a lot of years.

Female gnomes PCs can be perfect as potential parodies of maho-shojo (magical girls).

If you create the right gnome characters, these could become popular, and then Hasbro could make money with toys based in baby-Yoda D&D gnomes.

Sometimes I imagine a swashbuckler gnome using a ki martial maneuver as a "jump" spell-like effect to attack taller enemies. Or with a steampunk/magitek jumping-stilts. Other times I imagine one as a D&D version of Pokemon trainer/Digimon Tamer, with a monster ally, for example a giant badger. 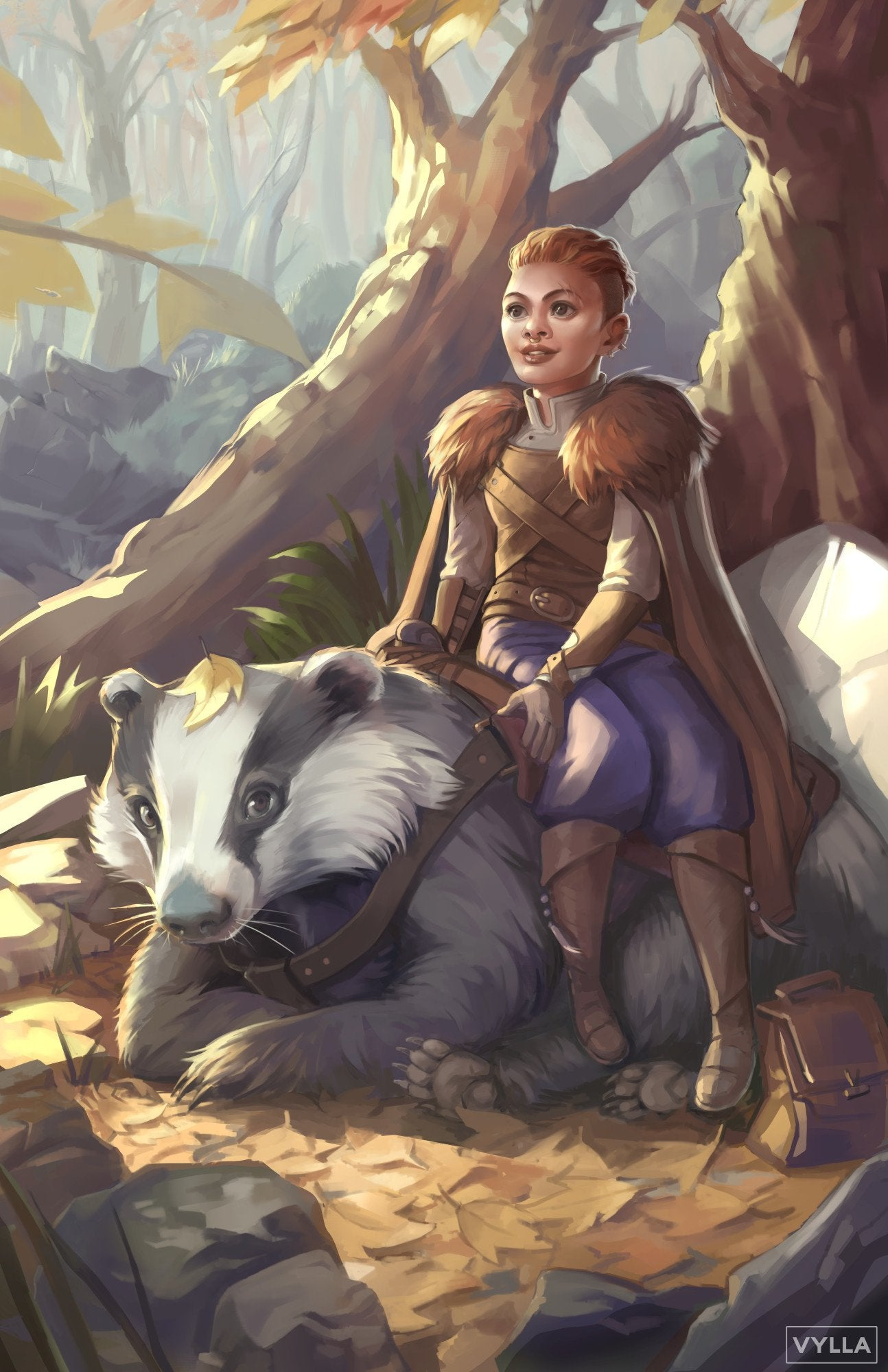 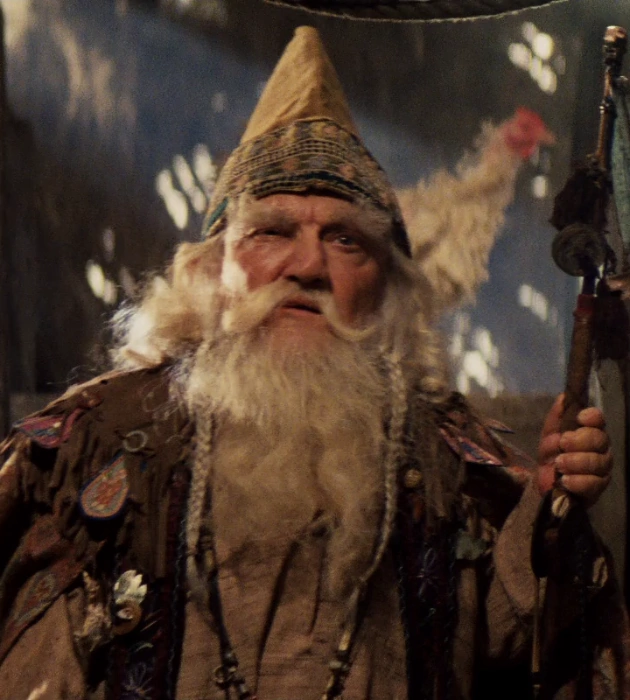 Vaalingrade said:
Part of the problem gnomes have is that they've historically been the nail from which D&D hangs a lot of jokes.

They're scientists, but at best only for baubles and toys and at worst, they make things that fail catastrophically.

They're nature lovers, but only to talk to small, furry animals.= and Disney Princess their way through everything.

They're magic, but only illusions, which the game rarely takes as serious magic.

Ultimately, they're halflings with bolt-ons that make them less serious. I'm a guy that absolutely refuses to take this game seriously, and even I think the game does gnomes pretty dirty in terms of what rasions detre they've been given.

If I was inclined to not just fold them into halflings, I would lean far into the magic thing; give them back thier folkloric origin stolen from them when they were also kobolds and make them earth elementals. Give them earthglide, natural DR, and a builder/make society.
Click to expand...

so some depth and thinking through how things might honestly work would do wonders for them?


Has anyone got the list of attributes gnomes are known for?
as I want the list as I think I might be able to work at a more layer interpretation of gnomes.

Mind of tempest said:
Does anyone have any idea what all types of gnomes share from both present editions and past verities?
Click to expand...

I don't think I can help ya. I've been scratching my head about "playing as a gnome" for more than two decades now, ever since they showed up in the 3rd Edition Player's Handbook. To my mind, they've always been greedy dwarves.

I was going to write more, about how they were added to the PHB so that there would be more than one Small-sized race, but I noticed that @Steampunkette beat me to it:

They're basically there to give people a Small Size character option that isn't "Hobbit". Because way back when, that's all halflings were. It took time for halflings to be more than portly hair-footed Bagginses. And gnomes gave people a way to play small without being -that-.

That's it. That's the whole reason gnomes exist as an option for players.

WotC and most other brands and writers try and differentiate gnomes by making them tinkers or fey or bankers (which has antisemitic roots) or whatever other role they can create that is as far from "Hobbit" as they can manage. Eberron made them Teachers, for example, tutors for the wealthy and powerful and...

What are the rest of the gnomes doing while some tiny portion acts as teachers? Same thing as everyone else. Only in the "Small People" Ghetto where halflings, gnomes, and sometimes goblins hung out. And the Keith went "Let's get crazy with halflings instead!" and made them into dino-riders instead of hobbits. Well. Almost. He turned around and made Ghallanda and made them hospitable hobbits, too.

Gnomes exist to give players a short race that isn't Bilbo to play. Everything else is just tacked on additions over editions to try and make them stand out more.
Click to expand...


To my mind, gnomes should be a subrace of dwarf. Or maybe halfling, if you need them to be Small-sized for some reason. But that's another thread.

I believe that the AD&D gnome was directly based on Hugi the woods dwarf from Poul Anderson's Three Hearts and Three Lions, a novel we know that Gary Gygax read and was inspired by.

In the novel, Hugi is depicted as being just shy of three feet tall, with a comically oversized nose, earth-brown skin, and white hair. His people have "working arrangements" with the creatures of the forest and live in a "woodsy burrows," and Hugi himself is such an adept burrower he is able to identify sloping passages that confuse his human companion and also tell when his party is nearing the surface.

The AD&D Players Handbook refers players to the Monster Manual for details about the gnome, and what do we find there? Most gnomes have skin that is "wood brown" but some range to "grey brown." Their hair ranges from "medium to pure white." They stand three feet tall and up. Most live in the hills, but some make their home in burrows. They tame badgers and wolverines to serve as guard animals. They are able miners so, like dwarves, they are able to detect various features underground, and they are slightly better at it. In fact, turning back to the Players Handbook, we find that gnomes are specifically better than dwarves at detecting sloping passages and figuring out how far they are underground - the two abilities Hugi specifically displays in the novel.

The correspondence between Anderson's wood dwarfs and the AD&D gnome is so great than when the character was adapted for AD&D in Dragon #49, he was just referred to as a gnome with no changes made.

It's possible to see a sort of evolution to this even earlier, starting with Chainmail (where dwarves and gnomes are identical in every respect), through to the OD&D boxed set (where dwarves are given Hugi's ability to identify sloping passages, and gnomes are slightly more differentiated from dwarves), and then to Supplement I: Greyhawk (where an expansion to character creation lists different types of dwarves players can choose from, including burrowers "such as gnomes", making it clear that, at that point at least, Gygax saw dwarves and gnomes as essentially the same).

At some point between Greyhawk and AD&D, Gygax decided to break off gnomes from dwarves almost completely, probably due to players expecting dwarves to be Tolkienesque, making dwarves less like Hugi and gnomes more like him.
Last edited: Jul 5, 2022

I decided years ago to develop my own gnomes based more on traditional folklore and mythology. What that led me to was a race whose origins lie deep in the Earth, and who are known for their wisdom and their knowledge of lost arts, arcane lore, and the like.

This etymology was a big inspiration:

BookTenTiger said:
I think there are a few sources for gnome tropes that have been very influential for D&D...

One is the various Books of Gnomes that were very popular for a time. They portray gnomes as tiny forest people, industrious caretakers of nature.

Some people may laugh at them, but I find Wil Huygen's illustrated books of gnomes A LOT more inspiring than any D&D edition official take on them.

Not only they are potentially interesting for epic comedy, but they are interesting like mixture of little ugly duckling and the final girls from horror movies. Do you rebember how many stories from manganime are about the main character starting from zero to become the hero? Gnomes are perfect to "start from zero".

If you create the right characters for a story set in "Witchlight" you will can find children fandom creating their own gnome PCs/OriginalCharacters.

Hasbro could sell toys of a mash-up D&D version of "Jem & Holograms" with (isekai?) female gnomes singing a mixture of bardcore and syntetizer music. (Some gnomes may be so crazy to dare to use auditory illusions to explore new types of musical effects).

Some gnome bloodlines could be linked with different types of metalic dragons as patrons. Maybe these were allowed to live in Io's blood islands because dragons can trust their loyalty, without troubles but when there are kobolds near. Some stoneheart gnomes could be allies/thralls of ferrous dragons. 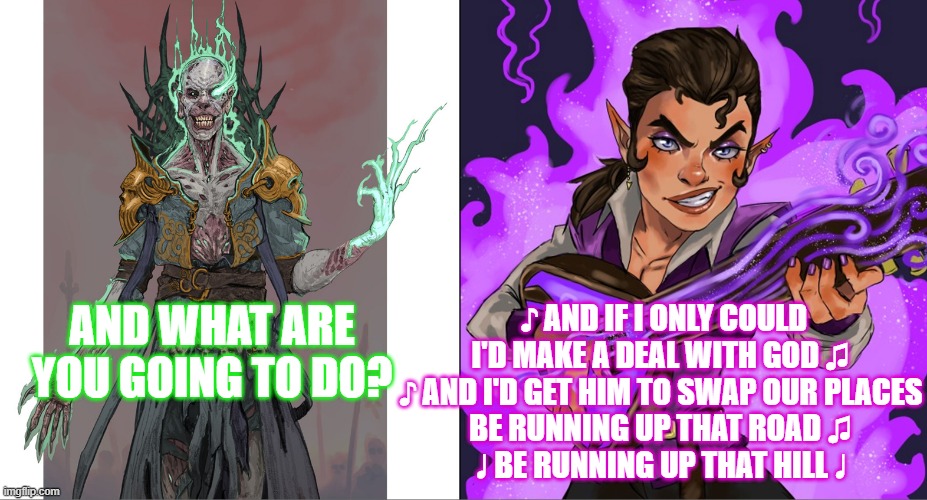 Gnomes are just dwarfs from before we got it into our heads somehow that dwarfs are the non-magical race.

On my World of Eska, forest gnomes are the stereotypical red pointy hat wearers.
There was an OSR or 3rd party 3.x book that I can't remember the name of, but had an awesome cover of some badass looking forest gnomes. Bonus points to anyone who could ID it.

My rock gnomes = jawas from Star Wars. Roaming clans of scrappers and craftsmen. They are the creators of the warforged.

Gnomes have no idenity; that's the great part! The DM is free to give them whatever identity that suits their needs without players saying it clashes with some preexisting book.

In real world occultism, gnomes are one of many names for faeries or earth elementals. They exist in the astral, and are generally invisible except to certain clairvoyants, but even then they do not have a distinct shape, seeming to form themselves from what the clairvoyant might imagine them to look like.

D&D General building a faith around the assumptions of the cleric instead of in spite of it?
2 3 4