D&D General Why are so many D&D articles *garbage*?

It may come to a shock to some of you that sometimes, people are wrong on the internet. And that's ok. I mean, on EN world people are wrong every day. Hypothetically speaking, it is even possible that I am wrong sometimes - I mean, I post a lot and just sheer statistics indicate I should have been wrong by now somehow, although clearly I am the exception that proves the rule

Ahem. Anyway, we all make mistakes, and that's ok, it's just elf games. We aren't paid for this. But some people are paid for this, they write articles for money - good for them! And since they are professionals, they should be... less wrong than the random internet poster, in theory. And thanks to the wonders of algorithms and oppressive corporate surveillance, these articles are recommended for me to read on my phone. Great stuff right? Except, many times, these articles are terrible.

So first of all, no this is not me pointing out that gold is a medium of exchange and thus has no inherent value - you use it to get other things, thus technically speaking everything is more "valuable" than gold... let's ignore my pedantry (sometimes it's the right thing to do!) and let's just look at the choices. Think to yourself "what would be more valuable than gold". Got five-ish choices? Ready? Ok, where they:

And it's not the only one! 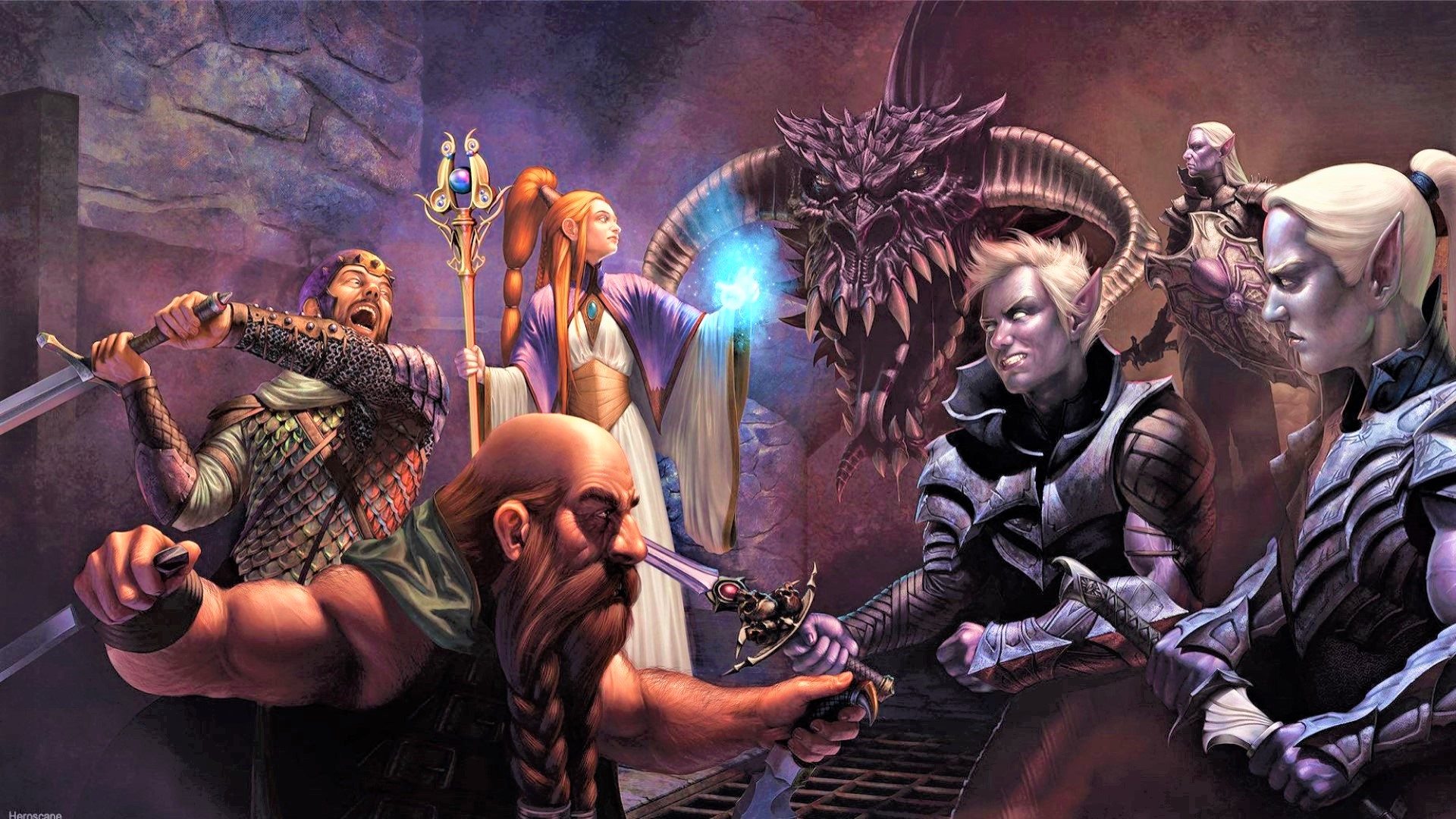 Fancy taking a nice Bag of Holding or Cloak of Protection on your next campaign? From common to legendary, here are the very best DnD 5E magic items

The best magical items are...
The druid subclasses, ranked: Dungeons & Dragons: The Druid Circles, Ranked
#1 is.... circle of spores?!?!

And this are just a few examples. I've seen so many over the last year or so. Guide to barbarian telling people to play a bezerker for example, I wish I had saved them.

So, what's going on here? Writers paid by the word and with very short deadlines, and editors that don't know anything about D&D?
Last edited: Dec 15, 2021

Ancalagon said:
So, what's going on here? Writers paid by the word and with very short deadlines, and editors that don't know anything about D&D?
Click to expand...

Websites want clicks. They know D&D is popular. Throw together someone who vaguely knows about D&D, write article, give title to attract audience, await clicks

They're wanting people who fall into the algorithm's grasp, not you.

The same is true for the You Tube channel version of this stuff. There is some great content out there, but you have to cut through a lot of chafe sometimes to find it.

The 'articles' are to get eyeballs on ads. If you click, they get paid. Having an actual substantive article is unnecessary in this exchange. It is more a formality.

Well, at least the problem is easy to solve...

If I had to take my shot at being wrong, I'd say that "garbage" articles generate more chat/comments, which generate more hits/clicks.

GMMichael has the gist of it. Wrong choices drive engagement.

"Enragement", as it were.

GMMichael said:
Well, at least the problem is easy to solve...

If I had to take my shot at being wrong, I'd say that "garbage" articles generate more chat/comments, which generate more hits/clicks.


Case in point - the awful articles generated this thread. And quite a few people (whether they comment here or not) might now click on articles they never would have otherwise just to see if they really are "awful!" So the tactic works.

Why are so many articles garbage?

It's not just D&D articles.

PS: This question of mine is rhetorical. It's all about the clickbait.

Supporter
In the non-theater entertainment world, there is not much journalistic integrity going around when clicks are major drivers.

Welcome to the internet?

el-remmen said:
The same is true for the You Tube channel version of this stuff. There is some great content out there, but you have to cut through a lot of chafe sometimes to find it.
Click to expand...

I've noticed for a while that the paid journalism on D&D is generally of lower quality than free blog posts by hobbyists.

But the OPs examples are all basically examples of the genre of 'listicles' which are pretty much always trash.

So if you reverse the question it almost answers itself.

Why are bad articles now being written for D&D players?

Because there is now considered to be enough to drive clicks.

Also unrehearsed blather. You have to sit through 25 minutes of blather to get 5 minutes of chaff.

I remember the old days. Back when Youtube was just, whatever. Kids stringing together a narrative between different video games, just random good stuff

Between my various D&D, terrain crafting, and cultural criticism channels, I probably watch more You Tube than any streamer.

Its the mainstreaming of D&D!

So you get D&D advice of the same quality that you get on everything else.

It is a positive sign that D&D is now so popular that websites/content creators are trying to use it as "clickbait." As someone who was young in the 1990s this was not always the case.

As for there being a large amount of garbage content, I see that on all topics. I read/view personal finance content and there is a lot of what Jane Bryant Quinn dubbed "financial pornography" -- "GET RICH QUICK WITH THIS PLAN!" "10 HOTTEST STOCKS TO BUY NOW!"

What would "D&D pornography" be? That's probably a question better left unanswered.

doctorbadwolf said:
Or, the writers of these articles aren't writing about optimization, and are speaking to fairly casual or roleplay focused fans, which between the two outnumber people who care about optimization.
Click to expand...

Such articles are definitely plentiful too, but I don’t think they’re the “garbage” @Ancalagon is talking about.