Dragonlance WotC Officially Confirms Takhisis and Tiamat Are The Same

It's been an issue in dispute for decades, over various editions of D&D, but WotC has officially confirmed that - at least in 5E - Dragonlance's Takhisis is, indeed, currently Tiamat. In previous editions, Tiamat has varied from being a big dragon to a minor goddess, while Takhisis has been a greater god on Krynn. At times they've been the same entity, and at others different entities. Today, WotC is putting its foot down and saying that Takhisis and Tiamat are, indeed, the same being.

Of course, this is not an opinion universally held. Dragonlance co-creator Margaret Weis emphatically stated that "TAKHISIS IS NOT TIAMAT, DAMN IT!" 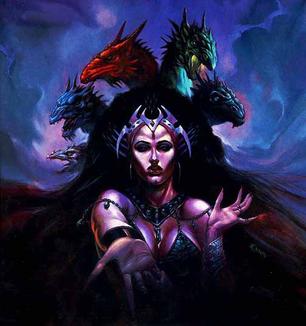 According to WotC's James Wyatt, Fizban's Treasury of Dragons introduces a new cosmology for dragon gods, where the same beings, including Fizban, echo across various D&D campaign settings with alternate versions of themselves (presumably like Paladine/Bahamut, or Takhisis/Tiamat). Also... the...

Well folks might want to get used to the idea of Tiamat being one in the same as Takhisis.

Cause I’m going to say it right now that I think the TV show just might be Dragonlance.

darjr said:
Well folks might want to get used to the idea of Tiamat being one in the same as Takhisis.

Cause I’m going to say it right now that I think the TV show just might be Dragonlance.

darjr said:
Cause I’m going to say it right now that I think the TV show just might be Dragonlance.
Click to expand...

This was even a question?

I must have been living under a rock since 1985 ... always assumed they were the same critter by different names. Like Lolth and Lloth.

DarkCrisis said:
M. Weis' social media posting have been interesting. It seems largely to be "Glad WotC is giving Dragonlance more life. I just wish the weren't messing with it so much."
Click to expand...

"They hired me to build a car for them, decades ago, and do some upkeep on it over the years. Now, let me tell you how they're driving it wrong."

WotC/Hasbro have said the upcoming movie is just part of a multi-prong multimedia strategy that includes one or more TV shows.

cbwjm said:
Is this about Takhisis and Tiamat being one and the same (and Paladine and Bahamut)? Pretty sure that was mentioned back in 1e. I tend to keep them separate but officially, they've been the same for ages.
Click to expand...

Yeah, this isn't anything new.

They said it in both 1e and 2e works repeatedly.

They downplayed it/ignored it in 3e and later, as the broader D&D multiverse got downplayed in official works, but indeed they've said it before.

If anything, this is the first time in about a quarter century they've said it.

wingsandsword said:
If anything, this is the first time in about a quarter century they've said it.
Click to expand...

Didn't they say it in Fizban's?

They are consistently pushing for a consistent multi-verse, and I wonder why?

Embrace the mystery of the cosmos.

I think it really got confusing in 2e, when I was getting into planescape and how gods could be multisphere but different power levels, and if defeated and driven out of one crystal sphere, they were unaffected in other spheres. It was hard for me to wrap my head around since in Krynn they're greater gods, everywhere else they were lesser gods.

I also think that, while Takhisis and Paladine were taken from Tiamat and Bahamut as the basis for their gods, Dragonlance very much had its own cosmology which was unrelated to the standard great wheel (or whatever it was called in 1e). You could see that they were based on the original dragon gods based on their appearance and also (in 2e at least) their alternate names, Tii'mhut and Bah'mut.

So Margaret Weis has said Takhisis is not Tiamat. But note that that does not rule out that Tiamat is Takhisis.

I kinda liked the are the same or not vibe. Definitive answer either way meh.

MonsterEnvy said:
Yes, cause it was clearly based on Tiamat. Also pretty sure Tracey Hickman had just as much involvement. Now he also would probably not agree with Tiamat and Takhisis being the same being. But the official story is that they are.
Click to expand...

Legally, they definitely are. And I like Planescape, which equated the two, so it doesn't really matter to me. But it does seem unnecessary for WotC to make a definite stand over the wishes of one of the creators of the setting. What exactly do they hope to gain by this?

Are we not all a little Tiamat on a Monday morning?

Whizbang Dustyboots said:
Didn't they say it in Fizban's?
Click to expand...

Fizban's First World is, according to posters that have responded to me, just one view of the multiverse. You don't have to take it seriously, and I don't.

It's an interesting bit of trivia.

Micah Sweet said:
What exactly do they hope to gain by this?
Click to expand...

Perhaps provide an evergreen, unified and cohesive cosmology and/or mythology. Their present multiverse focus, Spelljammer and Planescape and "one d&d" all point to it, no?

Paladine: "Takhisis, eat a <generic candy bar>."
Takhisis: "Why?"
Paladine: "Because you're not you when you're hungry."

Scribe said:
Perhaps provide an evergreen, unified and cohesive cosmology and/or mythology. Their present multiverse focus, Spelljammer and Planescape and "one d&d" all point to it, no?
Click to expand...

So marketing. That's definitely worth irritating the co-creator of a setting they're currently trying to re-sell to its fans.

Scribe said:
Seems a weird hill to die on, and I have died on many a hill.
Click to expand...

How about this one? 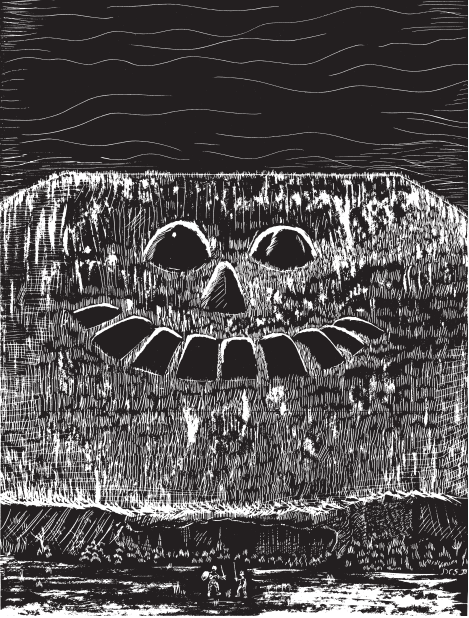 D&D 5E The Tale of the First World: What Do We Know About it and How Does it Connect to the Rest of the Lore? (+)
2