Yes, You Can Turn Your Campaign Into a Novel

Anyone who has ever attended a panel on writing novels has likely heard a frequently asked question: Can I turn my role-playing game into a novel? In the past, Dragonlance was frequently cited as an example of how this was possible, but now we have so many examples that fans frequently don't realize their favorite novel's origin began with a tabletop RPG. 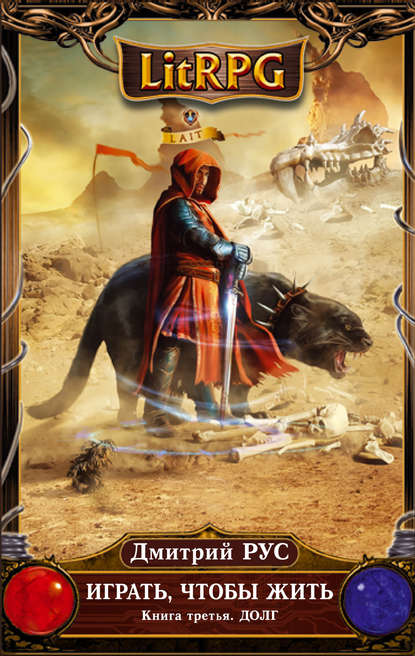 Dragonlance was born out of desperation -- Tray and Laura Hickman were so poor they couldn't afford shoes for their children; Margaret Weis had just come off of a bad divorce -- but it was not in fact based off a campaign. Instead, it was a transmedia effort that was seamless enough to feel like the transition between the two was natural, which is an achievement in itself.

Ryo Miznuno, game master of a D&D campaign, serialized his campaign in a print magazine known as Comptiq. His players, known as Group SNE (Syntax Error), would help launch everything from novels, comics, nine video games, an anime, and even its own tabletop ruleset, Sword World RPG.

George R. R. Martin, author of the enormously successful Game of Thrones series of books and movies, created his Wild Cards from his experience with the tabletop role-playing game, SuperWorlds:

Wild Cards is a shared universe saga spanning 27 books, more than a dozen short stories, and adaptations ranging from comics, to metafictional web sites, to a brewing television series (currently in development for Hulu). It is a whole thing, and it all started when George R.R. Martin received the RPG Superworld as a gift and began running campaigns for a group of friends in New Mexico. By the time they had a few campaigns under their belts, Martin thought they had collectively created a fantastic story—a fictional world worth exploring alongside readers. Thus was born the first Wild Cards anthology. Set in a universe where an alien virus has struck New York, killing the majority of those exposed, afflicting others with grotesque mutations (they become known as “Jokers”), and transforming the select few remaining into super powered ‛”Aces,” one of the goals of the shared universe’s founding was to reject the non-permanent continuity of comic book superheroes.
Click to expand...

Of course, Martin's other works have largely overshadowed that inspiration, but it's clear D&D influences are part of the fabric of Game of Thrones.

Ty Franck created The Expanse from the seeds of an idea for a massive multi-player online role-playing game (MMORPG). When that fell through, they converted it to D20 Modern and played it on a post-to-play gaming forum:

He opened up a private forum with threads for each round, for each character, their actions and out-of-character commentary. It was here, online, that a story began to emerge. What had been distant elements of a world were now together in a vibrant setting, alongside a grand story of human societies in competition with one another. Now, all it needed were some characters.
Click to expand...

Daniel Abraham would later join Franck as part of his role-playing game:

With their wives as fellow players, Franck set up another game in The Expanse universe. Abraham played as a detective named Miller, living on the dwarf planet Ceres. Miller experienced problems with his police captain, even as a larger political crisis loomed. “What happens when you’re a cop and the government collapses?” is how Abraham put it. The game’s level of detail impressed him, and after three or four sessions, he realized that the setting would make for a great novel.
Click to expand...

From there, The Expanse would evolve beyond its novel roots into a television series and then back into a role-playing game by Green Ronin Publishing:

“The Expanse began as a gaming concept nearly two decades ago, and was played as a home brewed RPG for years before becoming a book series,” said Ty Franck. “To have Green Ronin taking the universe of The Expanse back to its roots is very exciting. I’ve loved their game adaptations of other literary works, and I couldn’t be happier to be partnering with them on this project.”
Click to expand...

Tabletop role-playing games have become so influential that they are shaping the genres that inspired them. In the case of Dungeons & Dragons, it originally sought to emulate the adventures of two-fisted heroes from fantasy and sci-fi before settling into its own trope of fantasy without the medieval or sci-fi trappings. Books based on this sort of hybrid fantasy are beginning to emulate the game genre that inspired them...and some are going so far as incorporating those game elements right into the narrative itself, known as LitRPG. For a recent example, look no further than Ernest Cline's Ready Player One.

As role-playing games become more popular we will likely see more novels, movies, and television shows inspired by them. With the barrier to publishing so low thanks to self-publishing platforms, I'm sure I won't be the only one turning their campaigns into novels.

In a coming-soon future some franchises will be start like a videogame streamer, a mixture of machinima movie and RPG game-live show (as Critical Role). Some stories or games would be about horror genre, where nobody, player nor Game Master knows who will survive.

Other stories will be recycled version of stories from classic popular folklore, or now public domain stories...(at least some Cervantes works would be rescued from Oblivion).

Some streamer series will be RPGs for children, but with a lot of "rewind", trial and error, because little children are very cute, but unpredictable (unlearnt social skills, too coward or daredevil).

And Malazan, book of the fallen by Steven Erikson.

lowkey13 said:
But, as a general rule, if you are a writer, then you should be looking to write about the things that interest you, not just transcribe those things that seem cool in a campaign; if nothing else, we should all be cognizant that those things that are fun in the context of a TTRPG (which is an emergent fiction mediated by randomized die rolls and the narratives of players and a referee) is different than what makes for a compelling novel.
Click to expand... 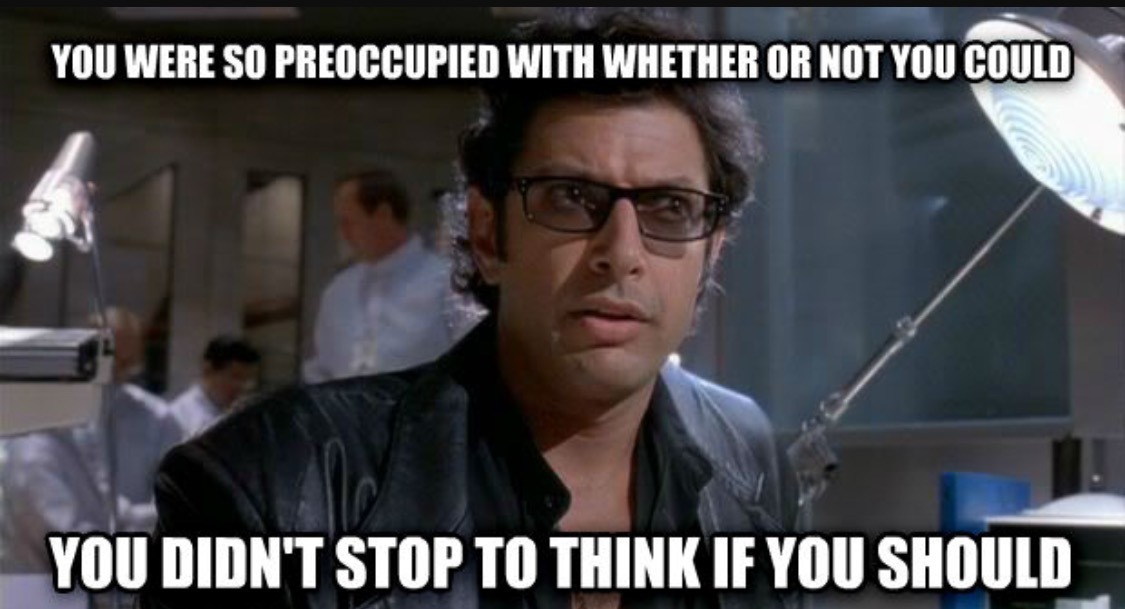 References aside, I totally agree. As you correctly point out, what's fun to play isn't always interesting to an outsider.

It's worth noting that this is not limited to TTRPGs or novels. IMNSHO, there's a ton of music out there filled with stuff that is fun to play, but is just meaningless drivel to listen to. Rock guitar solos and amateur jazz are two of the worst offenders, but classical violin and modern ensemble pieces like Stomp can fall into the same problem. And some plays and movies are clearly made for the enjoyment of the actors and production team, not the audience; Joss Whedon's Much Ado About Nothing is the most blatant modern case I can think of. To be sure, there's nothing wrong with your work being personal, just don't expect that to always translate well to others.

Raymond E. Feist should not only be in the article, but close to the top.

His Riftworld series was not only out before GRRM's Wild Cards, but was going strong until from 1982 - 2013. It was so old school it even had some psionics in there.

The main picture is confusing too since LitRPG is a whole different subgenre; where the story is about players playing an online RPG. The tension comes from saying "His health bar was draining too fast!" As compared to "He was bleeding out so fast."

Yes, which is why the invaders are straight out of Tekumel (with the serial numbers filed off), from when the campaign mashed D&D and Empire of the Petal Throne together.

As mentioned earlier, there's also the Malazan Book of the Fallen Series, which originated in GURPS. A lot of popular fantasy authors seem to gravitate towards that system - Erikson, Esslemont, GRRM, Walter Jon Williams.

I think it was Mencken that said: "Everyone has a book in them, and that's probably where it should stay."

For every book that makes it, there are a thousand that don't; and as such with everything, they have to be well written. Many aren't, many stories are boring, a lot of these are mentioning writers that have written a lot, like Martin, who has written a lot over the last 40+ years. This is one thing about Shakespeare, it's said part of his legacy was that he was very prolific. Then with Franck and Abraham, Franck had created a story in his universe, and Abraham knew how to write it out.

Please don't do it. I do like you mention the bad Ready Player One which is a blend of campaign write ups and gamer life. I recommend the NPCs by Drew Hayes. It is a growing category so you will have some great ones, a heck lot of average one, and huge pile of junk.

jasper said:
I recommend the NPCs by Drew Hayes. It is a growing category so you will have some great ones, a heck lot of average one, and huge pile of junk.
Click to expand...


So Sturgeon's Law as usual.

Supporter
Book of the Malazan Fallen series started out as one.

The TTRPG usually is like a sandbox where you start to build and later are you adding more pieces, but a fiction work all is built and then you start to show some pieces. When G.R.R Martin started to write the saga "Song of Fire & Ice" the secrets were already hidden and the fate of the main characters. Anytimes in teleseries producers and scripters don't know yet what will happen after the end of the next season.

If it was so easy lots of amateurs would write their own stories in internet, like streamer gamers.

LuisCarlos17f said:
And Malazan, book of the fallen by Steven Erikson.
Click to expand...

Sure, but can I turn my novel into an RPG?

It's a really good way for a writer to make sure his plot's an unfocused mess and that he doesn't own his own characters.

Deset Gled said:
And some plays and movies are clearly made for the enjoyment of the actors and production team, not the audience; Joss Whedon's Much Ado About Nothing is the most blatant modern case I can think of. To be sure, there's nothing wrong with your work being personal, just don't expect that to always translate well to others.
Click to expand...

Reynard said:
Sure, but can I turn my novel into an RPG?
Click to expand...

Yes. I have seen two kickstarters doing so.

jasper said:
Yes. I have seen two kickstarters doing so.
Click to expand...

For a little while, the KS of choice was to fund an anthology of short stories based on the novel to generate interest on a RPG.

In case of Japan, the huge success of Sword World actually made the so called "Replay" (novelized transcripts of gameplay) books the main source of income for their RPG industry. Despite the fact that said books actually seem to help attract new blood there, it's still very bizarre from an outsider's POV...