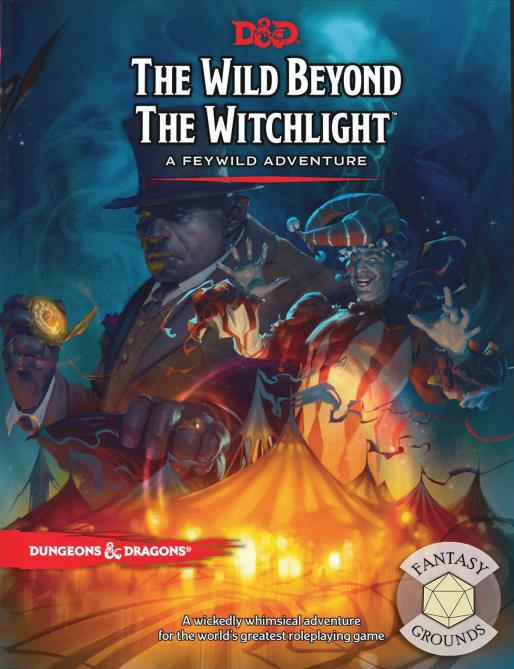 September 2021
The Wild Beyond The Witchlight
Adventure 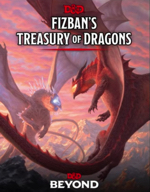 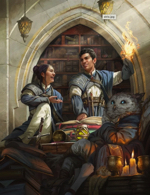 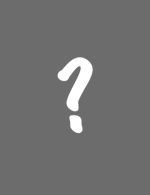 Since the days of R.E. Howard’s famed Conan stories, fantasy combats have been messy affairs at best. In fantasy novels, comics, and movies, limbs get hewn off, blood flies everywhere, and...

Review of The Slithering Monsoon by Rattlesnake Games

I’m not sure if it is just me, but somehow it feels like there has been a greater diversity among types of published adventure material with this current edition of Dungeons & Dragons. Rather than...

Review of Enter the Shadowside by Marco Leon

I’ve always been a huge fan of occult and horror, whether it’s movies, books, or role-playing games. When Call of Cthulhu first came out, I was ecstatic at finally being able to role-play out the...

Review of Elves with Shotguns by Randomology Games

The evolution of technology in most fantasy role-playing campaigns is almost always somewhat warped from what we know from our own mundane history. Bronze Age through Dark Age weapons and armor...

Review of The Heart of Fire by Darklight Interactive

Sometimes it’s just good clean fun to pull out a cliché and run with it. Perhaps one could say that a better word here might be “trope”, but regardless of the term, we DMs have all been done it...

Of all the accessories that can enhance the role-playing game experience, dungeon tiles seem to have come the farthest from their early offerings. While many gamers were content to use the...

One of the players in my home game has physical limitations that make it difficult for him to play in that old school, pen-and-paper way. Our game is 4e, and the wealth of computer and iPad-based...
Oriental Adventures Pronunciation Guide
Since Oriental Adventures draws from several different Asian cultures, it includes a variety of unusual words. Because of the blend of languages, pronunciation is problematic. For your...
Appendix N: Inspirational and Educational Reading
From the 1st-Edition DMG, Appendix N is a list of literary influences which inspired Gary Gygax' development of the game. It's entitled "APPENDIX N: INSPIRATIONAL AND EDUCATIONAL READING" and...

This is a placeholder post while EN World is being rebuilt. Pages below may need fixing and may contain broken links. We're working on bringing everything back ASAP! ZEITGEIST Adventure Path...

Paizo Blog: Are you ready to be a Superstar?

It's time for RPG Superstar 2013! Every year, Paizo holds an annual open-call RPG design competition to give the best and brightest aspiring game designers a chance to show the world their talent...

You spent hours making it though... Wouldn't you be better served playing D&D with something like the Neverwinter Nights construction toolset? You could build a 3d environment for that kind of...

Camp Myth: The RPG: Camp Myth is a summer camp built exclusively for mythological creatures. A place where mythical kids from across the globe gather to earn merit badges for obviously practical...

All the News, and Then Some

Every traveling minstrel, peddler, and caravan brings news (and false rumors and overblown gossip) to town, its purveyors often trading their words for a drink or a meal at a wayside inn. Read...

Are you curious about the lore of mounts in D&D? D&D Alumni takes you through the stables and out into the air with this month’s column. Read Flying Mounts on D&D Insider here!

Fans of PvP take note! Eisner and Harvey award-winning cartoonist Scott Kurtz (PvPonline.com), is mining his many years in front of and behind a D&D Dungeon Master's screen to bring us his brand...

Review of New Paths: The Expanded Shaman by Kobold Press

One of the great things about role-playing games is how they offer players the opportunity to be something greater, or perhaps stranger, than their normal lives allow. Whether gamers draw the...
Robin's Law: Kickstarting the Hillfolk
Matt talks to game designer Robin D. Laws about his highly successful Kickstarter project, Hillfolk, while at Dragonmeet 2012. http://www.youtube.com/watch?v=z0ffiT-P3TY

Fate Core System: Characters live at the core of Fate! Fate Core is the latest edition of Evil Hat Productions’ popular Fate roleplaying game system. Fate started as a “house rules” project for the Fudge system during a car ride Rob Donoghue and Fred Hicks had back in 2001. After seeing some success with it in their home games, they created a free, downloadable version for anyone who cared to grab it. They figured a few dozen people would have a look. Instead, hundreds did, and it fast became one of the most popular variants of Fudge out there, spawning its own thousands-strong discussion list and eventually helping to launch Evil Hat as a commercial game company.

Check Out Our Sponsors