So I'm running ZG under 5e rules. Our group took a break when covid 19 broke out. I thought we would resume after a month or so. But its been three months now, so our group decided to start playing on Roll20. The system works well, but I've found that encounter maps clipped from the PDF look terrible when blown up to VTT scale. Is there anywhere I can get higher resolution versions of the maps?

We are currently on adventure 8, starting the search for the city of Sentosa.

I looked as well and there are not.
The maps I used in book 9 and 10 did work with Roll20 though , you just have to live with resolution issues I am afraid

You might have better luck using a tool like Nitro PDF to extract images from the PDF directly rather than screenshotting.

I've tested a few extraction methods. Directly extracting the maps from the PDF are far better than screenshots. Though, neither method will get you neat maps. I've only tested with images from the Act 1 PDF.

Grab the maps directly from Maps
If the map you want is not available online, replace steps 1-3 with clicking the map in the PDF and using Ctrl+C to copy it.

Oh my gosh, I never realized all those maps were there. Thank you so much Tormyr!

MarkM said:
I think there is a plan to convert the 5e versions of Zeitgeist to Roll20 at some point; hopefully it will be soon! A content creator there has already done Roll20 conversions of WOTBS and Bonds of Forced Faith. If you want to play Zeitgeist on Roll20, you might reach out to him or EN to let them know there is a market for Zeitgeist on Roll20 or other VTTs.
Click to expand...

Sorry, I'll just butt in here: @Tormyr what's the status of Zeitgeist 5e on R20? Looks like my offline group will migrate to Roll20 soon, and I'd love to get the adventures there. Your work on WotbS looks fabulous, as far as I can see, so getting Zeitgeist on the same quality level would be splendid.

I finally shoveled through some of my backlog on projects and got started on it. Maybe by the end of the month?

Sounds awesome. And that would be Zeitgeist #1, Island at the Axis of the World, then?

So excited!!! I'm looking forward to buying it and happy to serve as a member of the hype squad to promote it to others.

Not meaning to come across pushy, but: Is there any news on this? My group is ready and itching to go, and I'm waiting to throw my money at you
Just as a point of interest, is there an expected rate at which you plan to release the modules? Just so I can try to kinda of roughly pace my sessions to match.

Morrus has asked me to hold off on releasing. I cannot say more at this time.

Okay, I have the green light. Look for it later next week after it has made it through all the approval processes.

That is great news! Thanks for sticking with it, and thanks to Morrus for approving the go-ahead.

Update: There will be a small delay.

I found some CSS styling issues on Roll20 that made the handouts difficult to read through the external journal. This caused me to redesign all of the handouts to work around this. I wish that I had found the issue earlier. In the end, the redesign has made it a better product, but it is never fun having to redo something.

I will put up another update around Tuesday next week. In the meantime, here are some highlights you can expect, aside from just having all of the content (including the beautiful artwork) fully set up in Roll20: 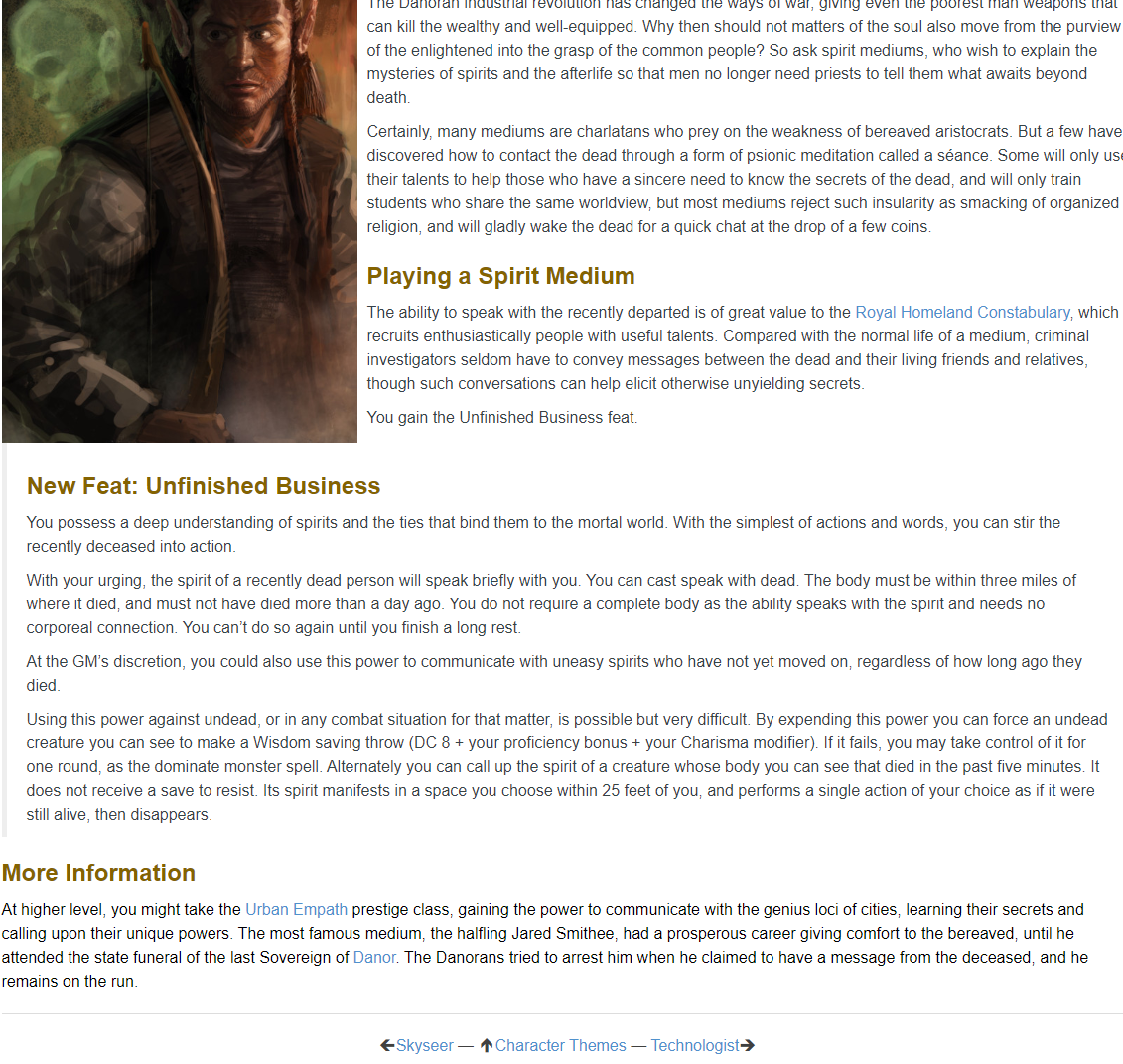 Thank you for the updates in the edit!

As impatient as I'm feeling, I'm also happy to see that the preview looks great and that there will be some additional formatting goodies in the Roll20 version. I'll be purchasing some of these adventures for the 3rd time (pathfinder just for the story, as a long-time Patreon subscriber, and now again on Roll20), so it's great that there are some bonuses that will make it easier for DMs and players.

They are done except for the product pages for the marketplace. Over 80 hours have gone into Island at the Axis of the World, the Player's Guide, and the Campaign Guide, and I have developed some great new techniques in Roll20 along the way, including allowing you to read each adventure or guide like a book from the external journal, so you can even read on your mobile device if you are so inclined.

The Campaign Guide comes with maps of Lanjyr, Flint, Central, and the RHC headquarters in case the GM wants to come up with other story elements along the way for side quests or roleplay.

The Player's Guide is already accessible to the player's when added to a game. This includes a dramatis personae folder of ~100 major NPCs the players will meet throughout the campaign. These have pictures and information for the GM and come with a token so the GM can drop an image on the page when needed, but the stat blocks on these are blank to not give anything away. The players can see information on NPCs they would know at the beginning of the campaign, and the GM can make more handouts available as they meet new NPCs. The players can keep notes on these NPC handouts, separate from the GM-only information. 40 additional NPCs are "red herrings" that the GM can use to create new NPCs on a moment's notice, and the players won't realize that it is not a "real" NPC.

Island at the Axis of the World has 32 handouts of art and information to show to the players as the adventure progresses. The three towers puzzle can be manipulated directly by the players. The Hedge Maze map has adjustable Dynamic Lighting lines; you can actually resize the lines if the PCs start burning portions of the maze.

Once the images for the product pages are captured, these will be submitted for approval.