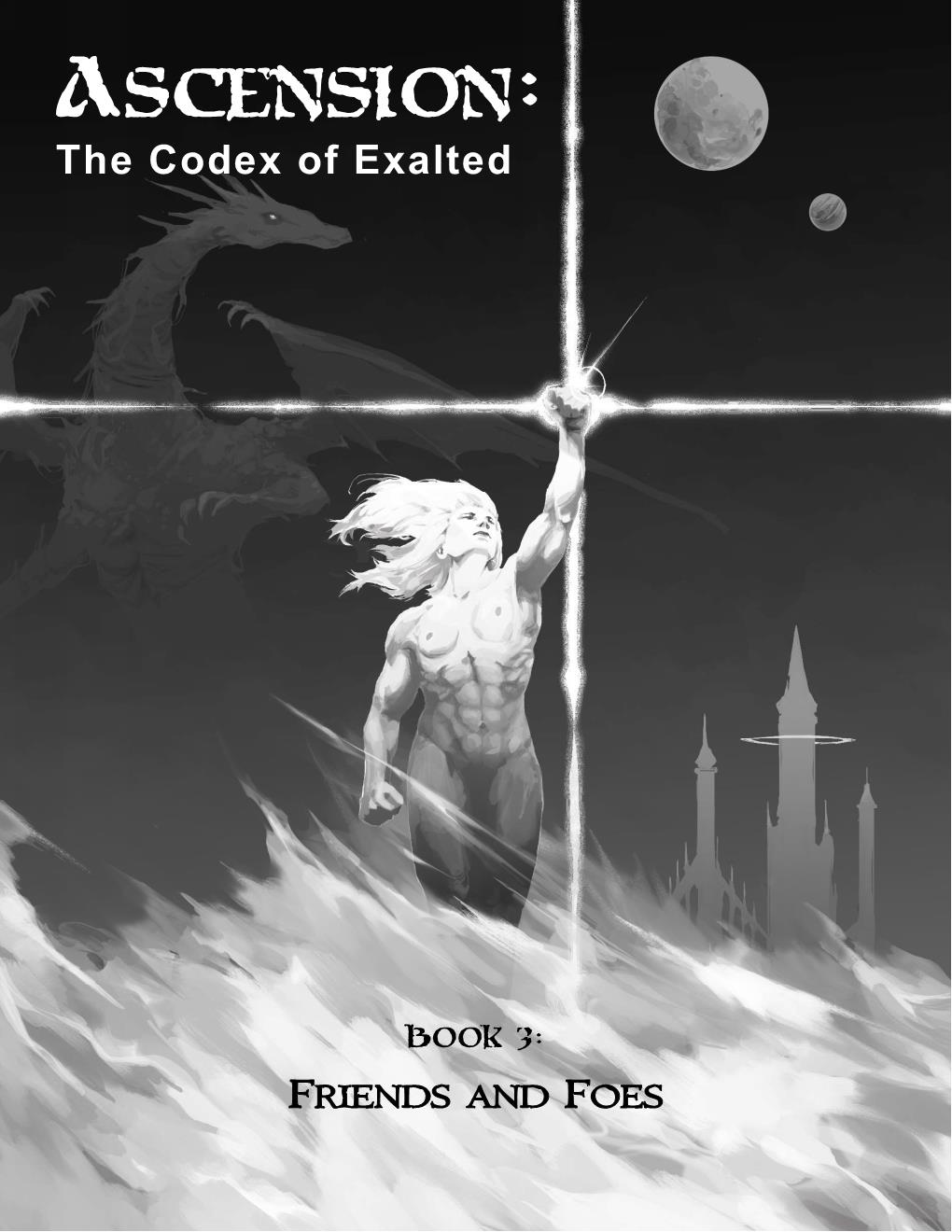 UPDATE:
01/21/2023
I will be removing the information in these posts as I am moving this project to a google doc. So over the next few weeks you will be seeing the content on this thread disappear. When the google doc is sufficient updated I will post a link here and this thread will be the forum for discussion moving forward.

LESSER DEITY TRAITS (WIP)
View attachment 128168
Lesser Gods generally all have the abilities and traits in the list below. These abilities and traits are assumed to be a part of the following stat blocks. Specific modifications to these traits and/or additional traits are listed in the individual stat blocks.
View attachment 128166
Damage Resistances uncommon or lesser magic items
Damage Immunities nonmagical items
Condition Immunities charmed, petrified, exhaustion
View attachment 128167
Discorporation. When a lesser god drops to 0 hit points and its mythic trait doesn't activate, its body is destroyed but its essence travels back to its domain, and is unable to take physical form for a time.

Divine Being. A lesser god can't be surprised and can't be changed into another from against its will. Additionally, a lesser god does not age or require air, food, drink, or sleep.

Divine Might. A lesser god's attacks and effects ignore the resistances and immunities of creatures CR/ level 10 and below. An lesser god's attacks and effects targeting creatures of CR/ level 11-20 ignore resistances and treat immunities as resistance (condition immunities provide advantage in lieu of immunity). Additionally, the god is immune to all damage, except psychic damage, unless the attack or effect inflicts more than 5 hit points of damage, in which case it takes damage as normal.

Innate Spellcasting. Refer to individual entries for a lesser god’s spell casting ability, their save DC, and attack bonus. Lesser gods can innately cast the following spells at 7th level or higher, requiring no material components:

Limited Magic Immunity.
Unless an lesser god wishes to be affected, it is immune to spells of 5th level or lower, and it is has advantage on saving throws against all other spells and magical effects and any creature that makes a spell attack against it has disadvantage on the attack roll. .

Regeneration. lesser gods regain 30 hit points at the start of their turn.

Podcast #223: Mythology and Religion in RPGs