A précis of the Dungeons & Dragons movie has appeared as part of its copyright registration, confirming it's set in the Forgotten Realms.


An ex-Harper turned thief escapes from prison with his partner, a female barbarian, and reunites with a no-talent wizard and a druid new to their team in an effort to rob the cheating conman who stole all their loot from the heist that landed them behind bars, and used it to install himself as the Lord of Neverwinter. Only the traitor is allied with a powerful Red Wizard who has something far more sinister in store. 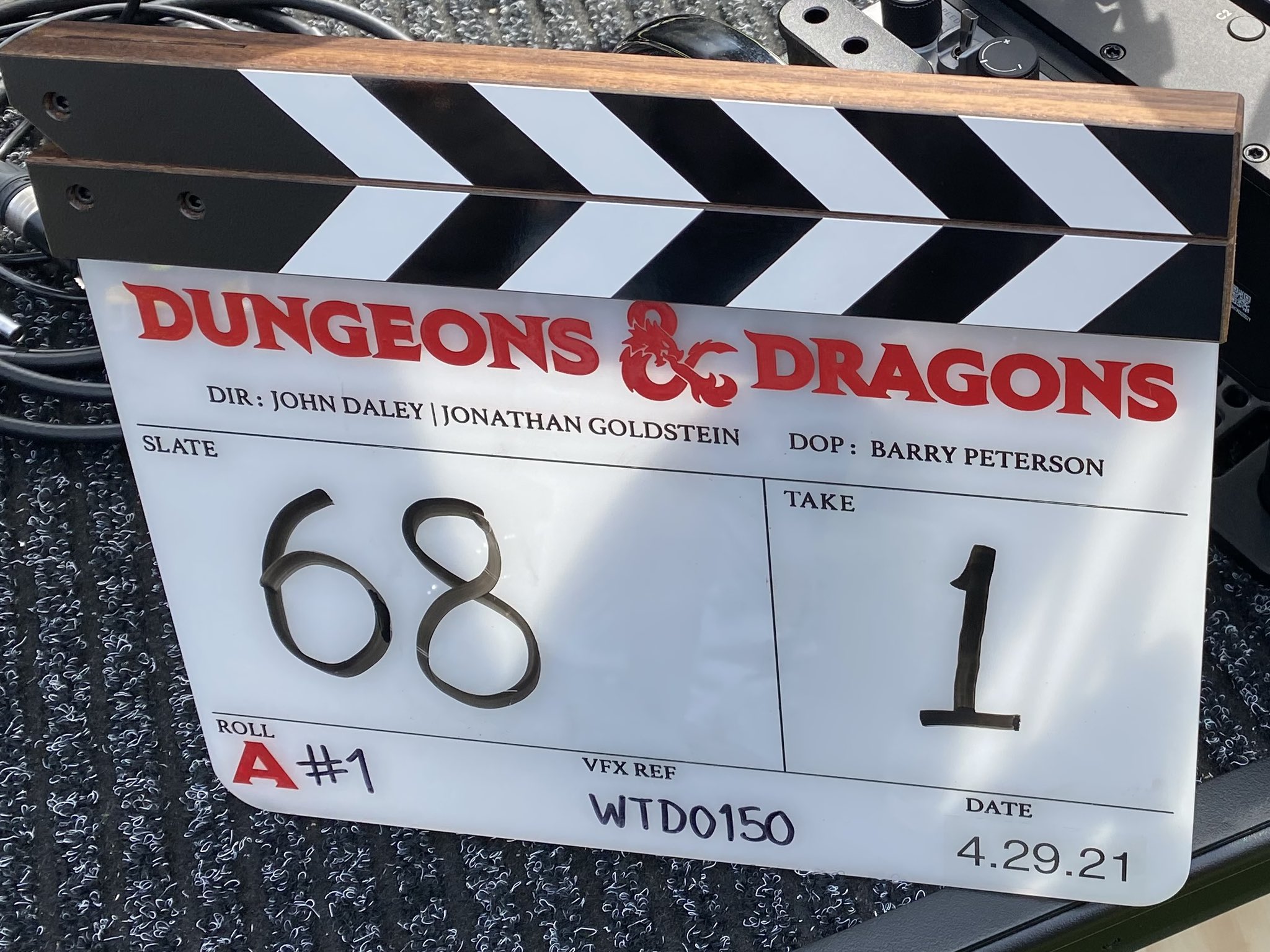 Director Jonathan Goldstein tweeted "The campaign begins" with the following image! Jonathan Goldstein and John Francis Daley will be directing the film which features "an ensemble cast and take a subversive approach to the game." The film stars Chris Pine, Michelle Rodriguez, Justice Smith...


UPDATE -- Screenrant reported on the same story but has since posted: "Screen Rant has confirmed the below Dungeons & Dragons movie synopsis is not accurate." They haven't said any more or indicated how they've confirmed that.

doctorbadwolf said:
The villain is named Forge Fletcher? I hope not. Making him Neverember would be way cooler.
Click to expand...


Maybe he's the Red Wizard? Although that doesn't sound very Mulanish a name.

Just because the movie identifies a Red Wizard as being involved doesn't mean that wizard isn't in disguise of some kind.
Now from what I recall in 3e the Red Wizards were turned into more of a trading group providing particular supplies in return for money and trade in return.
So going by the MMO something happened that led to Valindra invading Neverwinter.
This movie could explain what led to that invasion.
Now I wonder what Screenrant disagreed about?

doctorbadwolf said:
The villain is named Forge Fletcher? I hope not. Making him Neverember would be way cooler.
Click to expand...

It could be a placeholder name.

Parmandur said:
It could be a placeholder name.
Click to expand...

True. Or a pseudonym. He is a con man, after all.

Neither does "Edwin," perhaps the most famous Red Wizard in popular culture.

(Edwin also has a full head of hair and no tattoos. I'm not sure what the story is there.)

We don't know that Edwin has no Tattoos, since we don't see him unclothed and shaven-headed.

Plus the fact is he's a caster there's nothing stopping him disguising or hiding those tattoos since I doubt they'd need to be revealed until absolutely necessary isn't there?

hopeless said:
Plus the fact is he's a caster there's nothing stopping him disguising or hiding those tattoos since I doubt they'd need to be revealed until absolutely necessary isn't there?
Click to expand...

Well, he isn't exactly good at keeping secrets the fools will never guess that I am an evil red wizard so long as I keep monologing out loud!

That sounds more like the no talent wizard to me!

Oh if we're still guessing at what each actor/actress is playing what if one of the female cast is playing Valindra herself, posing as a mortal wizard who seems to suck at casting?
THAT would be a hell of a reveal if we're led to believe one actor is the red wizard and it turns out they're not the main threat, but a potential ally!
In the mmo there's a former red wizard who changes sides although this isn't explained properly, but this might do the trick!

As unlikely as it might be they do resemble certain members of the cast, will Rene be wearing an eye patch?

Maybe the new actress cast for this might be the cleric?

An extremely long shot, but the game has plenty of stories to fulfil a movie and would explain why Screenrant said their article was wrong if everybody has got the wrong idea about the cast and the names revealed are all faked to avoid revealing the true plot?

Yes extremely unlikely I know, but damn if they can pull THAT off!

Prakriti said:
Neither does "Edwin," perhaps the most famous Red Wizard in popular culture.
Click to expand...