Hasbro, through its Entertainment One media division, is set to produce a documentary about Dungeons & Dragons, directed by actor Joe Manganiello and filmmaker Kyle Newman. It will be timed to release during 2024's 50th anniversary of the game. 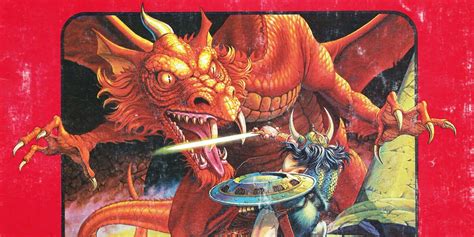 Over 400 hours of footage, going back to the 1970s, will be drawn upon, much of it never seen before. The documentary will also feature interviews with celebrity fans (as in celebrities who are fans of D&D, not fans of celebrities).

Also involved is D&D historian Jon Peterson, author of Playing at the World.

“I have had the pleasure of working in the past with Joe on True Blood among other projects and cannot think of a better more passionate person to dive headfirst into the world of Dungeons & Dragons from both a player and fan perspective,” said Michael Lombardo, eOne’s Head of Global Television. “The addition of Kyle Newman, Nick Manganiello, and Jon Peterson also bring unique and multiple dimensions to the history we plan to document. As we approach 50 years of this incredible gaming universe, the time is right for an officially authorized telling of the game’s origins and current state of play to its passionate fan based from all walks of life and its global cultural impact.”

“I couldn’t be more proud and excited to get back behind the camera for another documentary, this time with the D&D dream team of Jon, Kyle, and my brother and producing partner Nick. I lived through the rise and fall and rise again of this legacy brand that has not only meant so much to me but has served as the fountainhead of creativity for an entire generation of writers, artists, and creative minds, influencing so much of our culture,” said Joe Manganiello. “None of this would have been possible without Nathan Stewart at Wizards of the Coast and my eternally supportive boss from the HBO/True Blood days, Michael Lombardo and the fantastic team at eOne.”

“Dungeons & Dragons has sparked the imagination of fans all over the world for nearly 50 years and we continue to bring exciting and engaging experiences to new generations,” said Cynthia Williams, Hasbro President of Wizards of the Coast and Digital Gaming, “As we approach this milestone celebration, I am excited to have a creative team with authentic passion for the brand producing what we hope will become a defining look at the World’s Greatest Roleplaying Game’s storied history.”

The film will draw from over 400 hours of archived, never-before-seen Dungeons & Dragons footage going back to the game’s creation in the early 1970s, to which the Manganiellos, Newman, and Goldberg have spent the last years acquiring exclusive rights. It will also include exclusive interviews filmed during production with a variety of celebrity fans of the game. This footage, along with Wizards of the Coast’s agreement to give the production team inside access to highly confidential developments concerning the game and brand — the company’s first time authorizing such access — position this project to be the definitive documentary on the game’s soon to be half-century history.

Dungeons & Dragons, one of Hasbro’s key franchise brands, is a leading fantasy entertainment franchise, fueled by the imagination of storytellers around the world. More than 50 million fans have interacted with or played D&D since it was first published 48 years ago, including videogames and livestream entertainment on Twitch and YouTube.

This new Dungeons & Dragons expansion across entertainment is another example Hasbro’s Blueprint in action, delivering multichannel entertainment to fans on some of the world’s most beloved brands. The Company is actively collaborating on a number of upcoming scripted film and TV projects based on Hasbro’s storied IP.

Joe Manganiello’s entertainment career spans over two decades and includes roles in the SPIDER-MAN and MAGIC MIKE franchises, as well as such television series as True Blood, How I Met Your Mother, and Love, Death & Robots. An avid Dungeons & Dragons fan and player, he is well known for hosting campaigns with a large rotation of celebrity guests, including some of the biggest names in Hollywood’s fantasy and superhero space.

In 2012, Joe and brother Nick Manganiello launched 3:59 Inc., which has since feature titles including BOTTOM OF THE 9TH, starring Joe opposite Sofia Vergara, and the documentary LA BARE, Joe’s well-received directorial debut.

Newman is an award-winning filmmaker and New York Times Bestselling author. His directorial credits include FANBOYS, the Star Wars-centered comedy starring Seth Rogen and Kristen Bell, and BARELY LETHAL, A24’s action-comedy starring Academy Award nominees Hailee Steinfeld and Samuel L. Jackson, and this summer’s esports comedy 1UP for Lionsgate/Prime Video. Newman earned critical acclaim for his documentary RAIDERS: THE STORY OF THE GREATEST FAN FILM EVER MADE, as well as the book “Dungeons & Dragons: Art & Arcana,” the Hugo Award finalist he wrote alongside Peterson.

Peterson, a games historian and New York Times bestselling author, is the world’s foremost Dungeons & Dragons scholar. His book “Playing at the World” is widely considered an authoritative and exhaustive exploration of the game’s roots and legacy. On top of this title and “Dungeons & Dragons: Art & Arcana,” he wrote the New York Times bestselling “Heroes’ Feast: The Official D&D Cookbook,” also alongside Newman, and the MIT-published “The Elusive Shift: How Role-Playing Games Forged Their Identity” and most recently “Game Wizards.”
Last edited: Oct 13, 2022
Click to expand...

Supporter
This should be fun. 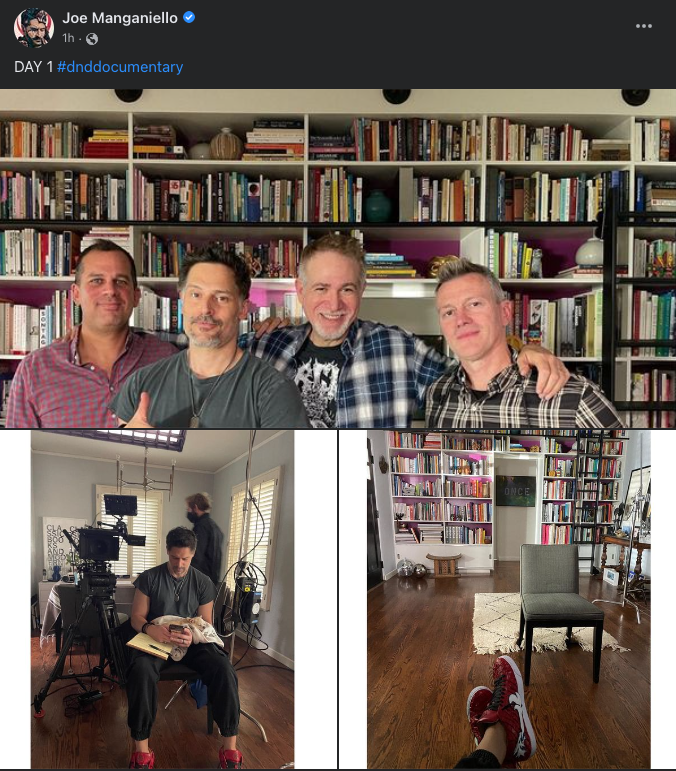