D&D General Why are so many D&D articles *garbage*?

When I think about the best articles I've read (or videos I've watched) about D&D, they are:

Just getting half that list from a single person or two is no small thing, let alone all six. The reason why some of the great journalistic edifices are so great is because they can routinely hit all those points, on a variety of subjects.

My understanding is that those clickbait article authors (not the clickbait hosting sites, mind you) are paid little enough that the majority of their effort towards getting paid has to be submitting the articles and filling out payment forms and then like. After that, it has to be acquiring free or lawful-to-use (hopefully) visuals for the articles. If they have to actually do any real researching, crafting, or thoughtful analysis for the article, it would put their earning per hour worked below pretty much any other form of employment. Thus you get incredibly short articles which say very little and require even less research or thought to produce.


Morrus said:
We’ve always resisted that type of article here. We basically have three types — news and previews (where I try to be short and factual, rather than turn a one sentence news piece into a 3000 word essay); more editorial stuff (reviews, interviews, etc); and roundups which are lists of things but aren’t listicles (eg the crowdfunding column or reviews roundups).

I am aware I can make more money and get more clicks with listicles.
Click to expand...


OTOH, if you were that guy, the Level Up kickstarter would have struggled to break $1000, I'm thinking. Reputation still counts for some things.

Here are other examples of what I would consider great D&D articles - someone had asked about evil elves in another thread and I shot them this. 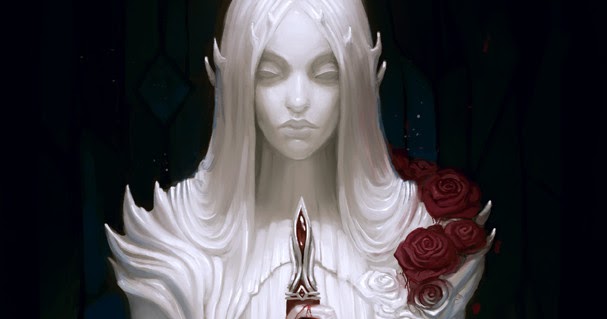 Drow: The “Black Elves,” or drow, are only legend. They purportedly dwell deep beneath the surface in a strange subterranean realm. The d... 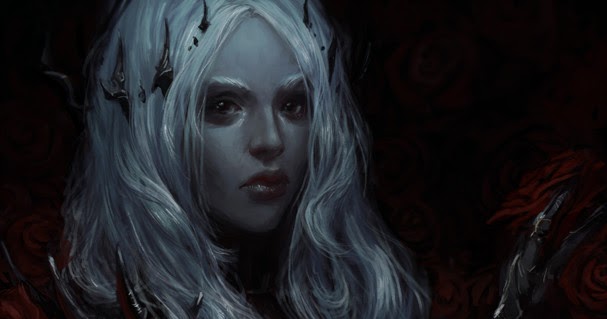 Continued from Part 1 . (On watching a Komodo dragon eat a live chicken). The three of us were sitting ashen faced as if we had just wi...

It's probably too much to ask for that level of creativity from every article.... but it just further illustrates how worthless these articles are.

What to do? Well I'm probably going to block those sites on my phone now...

I think Tulok the Barbarian's videos of approximating pop culture characters using D&D player character rules is marvelously entertaining and creative...he just does so many video characters with whom I am unfamiliar.

Ted at Nerd Immersion does a nice job of reporting developments in D&D in a very timely (quick even) manner. He is frank that he critiques mechanics from his background as an optimizer, but he seems open-minded and engaged.

Jim Davis (formerly with Pruett) at WebDm has great things to say about the game and Dungeon Mastering. The man is very insightful.

Todd Kenreck is a bit of a cheerleader for Wizards, but he is thoughtful and obviously plays the game often and when he does videos with his wife (Megan, I think?), I find them engaging, filled with ideas, and I appreciate the fine production values of their videos.

If someone wants to get into the nitty gritty of class features from an optimization perspective, the Dungeon Dudes seem to know that aspect of character mechanics inside and out. It is not generally not my cup of tea, but I occasionally watch one of their videos and get some ideas.

Anyway, I would not consider any of these Youtube channels chaff. To tell you the truth, the amount of entertaining content and videos that people produce for free or for nominal reimbursement simply out of the love of their various hobbies (I am thinking beyond role-playing games here) is impressive to me. I appreciate the passion and engagement.

I tend to rate articles on the "Pop-Up Scale." I clicked on the site and more pop-ups than a kobold warren started with flashing lights and videos, so I just closed the site and did not read the article.

Zardnaar said:
Got one for Kender?
Click to expand...

"Kender"? "Kender" have never existed in D&D. They're a 4chan meme that really exploded out of control. All evidence of "kender" in D&D is the result of Photoshopping.

My favorite is the pop-up asking me to disable my adblocker; invariably, if I do that, the thing I went there to read becomes obscured by dozens of pop-ups, videos blasting.


aco175 said:
I tend to rate articles on the "Pop-Up Scale." I clicked on the site and more pop-ups than a kobold warren started with flashing lights and videos, so I just closed the site and did not read the article.
Click to expand...

As a rule-of-thumb, any internet article that includes "top five", "best", "ranked", or similar language, I just ignore outright. There are too many great contributors to our hobby out on the Net to waste much time on those kind of algorithim-attracting but ultimately vapid articles.

Not all "list articles" are terrible. It's a boring format, but some of the lists are competent and informative for a new player at least. But I've been seeing things that are just completely wrong.

Honestly, and perhaps it's just me, but I always found the 3.0/3.5 Wizards website articles to be like the best compared to most "newer" articles these days. I loved how they would highlight a chapter for a class, npc, or what not. Learning that Dusk Blades use a Bastardized variant of Bladesinger's Bladesong was neat, or even learning stuff about the Warblades and the Sublime Way. The named Dragon articles and the various ones about Eberron.

Even if you used your own setting, those articles were still great just for seeing such details. Really haven't seen anything worthwhile or as a worthy replacement for them, which makes the fact that the website is pretty much down, outside of the Wayback Machine or certain links that still work, a sad one.

The more you know about a complicated or esoteric subject the more you'll realize how much of the stuff written about it is garbage.

I used to be a lawyer, and the overwhelming majority of proper news articles I've ever read about court cases at least somewhat mischaracterized what was actually at issue in the court case, misunderstood the principles by which judges will come to a decision, or left out some vital piece of information that would be necessary to actually understand what was going on. And that is the work of trained journalists, sometimes on a regular legal beat, often working for the most prestigious papers.

When you look at the work of Z-grade clickbait writers you're best off just assuming everything they say is at least a little wrong (if they are completely right about something it is the work of random chance). In the case of D&D articles, because you know about the subject, you can just recognize all the wrong things.

It was one of my first thread on ENWorld. The vast majority of popular YouTube channels about D&D are really bad. I also found very few articles worth anything. The world of blogs is really good though, I found several dozen great blogs about TTRpgs.

Person with armor and sword, person in robe gesturing dramatically, on opposite side of picture: dragon.

Alas, we must assume that "everything" includes articles on D&D.

Good thing we have Enworld which gives us a steady stream of good content!

If it makes you feel any better the “professionals” who wrote the articles in question were paid very very little money.

MattW said:
Sturgeon's Law: "90% of everything is crap"

Alas, we must assume that "everything" includes articles on D&D.

So, if only 15% of my posts are good content then I'm beating the legal limit ?

All clickbait is garbage. Most of the D&D stuff I tend to read are blogs that have actual useful or insightful content.

MichaelSomething said:
Good thing we have Enworld which gives us a steady stream of good content!
Click to expand...

On a more serious note, I do appreciate this site because we get a variety of opinions, even if some (including mine) are half baked or even when or especially if I disagree. Reminds me that my top 10 list (number 7 will shock you!) is not everyone's top 10.

You want interaction with your media - post a dubious or even factually wrong statement. People come flying out of the woodwork to correct you.