D&D General Appearance Matters: What defined your visions/imaginations of classes?

Epic
Whether it was from a D&D book, a movie, a comic book, novel cover, someone's drawing/painting, wherever...what's the image that said to you "This is a cleric?...a Ranger? ...a Mage/WIzard/Sorcerer?..." etc...

"Iconic characters" have become the norm for more recent iterations of D&D, Pathfinder, and other games. And those totally work, too, particularly if any of those were your first exposure to fantasy rpgs.

But I'm looking for more your, for lack of a better term, "favorites." Somewhere - heck, even if it was something you drew for yourself! - you saw something that became that, the definitive image of what a particular character class looked like... What became, for you, the "archetypal" image.

Here's a few of mine. Everyone's (who started with/played Basic/BECM) first "Cleric." This (and Aleena, of course) has stuck with me for something like 40 years. My first cleric was also my first female character. The chainmail. The shield. The mace. All still the go to "automatic" build for me when I make a cleric character to this day. 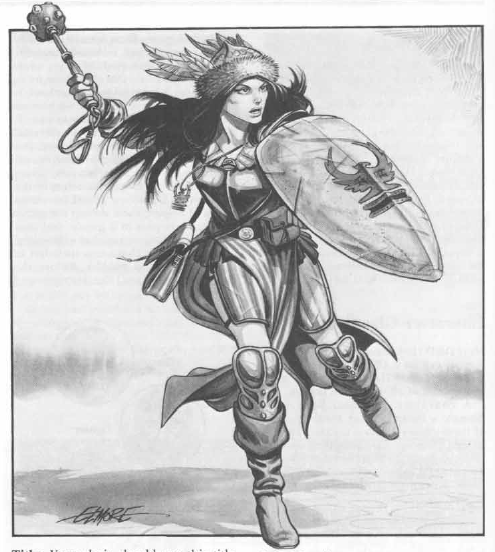 Another by the great Larry Elmore. While I was already introduced to Druids in the AD&D 1e PHB, this picture from the Companion set of BECMI immediately struck me as what Druids were/should look like. Technically an Elf "Keeper of the Relic" or whatever they were called. (a special NPC that the PCs would get with an/their stronghold and advancing their domain). To this day, in my homebrew, the druid organization are these deep-hooded, cloaked, spear- and staff-wielding, mysterious people that are going to give you exactly the look that elf is throwing.

The following movie poster/image was my first exposure (other than the Hobbit animated movie) to visualizations of the Fellowship characters. This put Aragorn (in the green) into my brain as the Ranger....only reinforced by the image in 1e's Unearthed Arcana (by Holloway, I believe) that looks exactly like an image of Aragorn would/should look as well. Also, somewhat unintentionally, the Boromir of this version of the story struck me -and I supposed was intentionally portrayed- as a Barbarian (as opposed to the educated/enlightened, if forgotten/forlorn, Dunedain "rangers of the north." ) 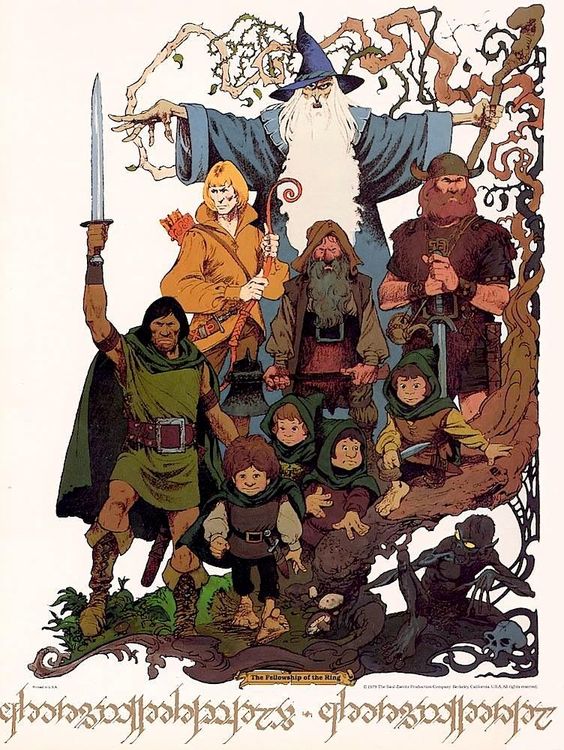 Of course, THIS is the only was a definitive "Barbarian" could look, in my mind, for a long while... 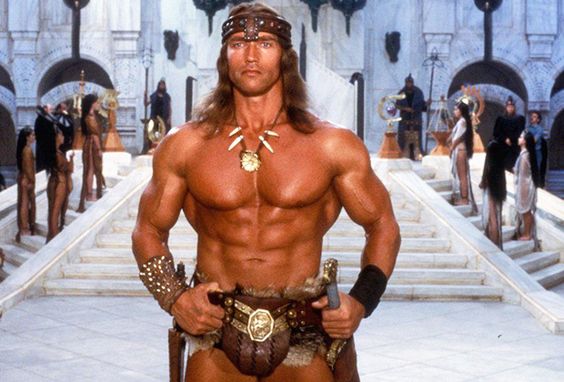 Show us your definitive images of races/species too, if you want.

(And try to keep it "+" people. Though I did not make this a "+" thread, per se. Other people's artistic preferences and aesthetic tastes is really no place for confrontation or disagreement to be necessary.) 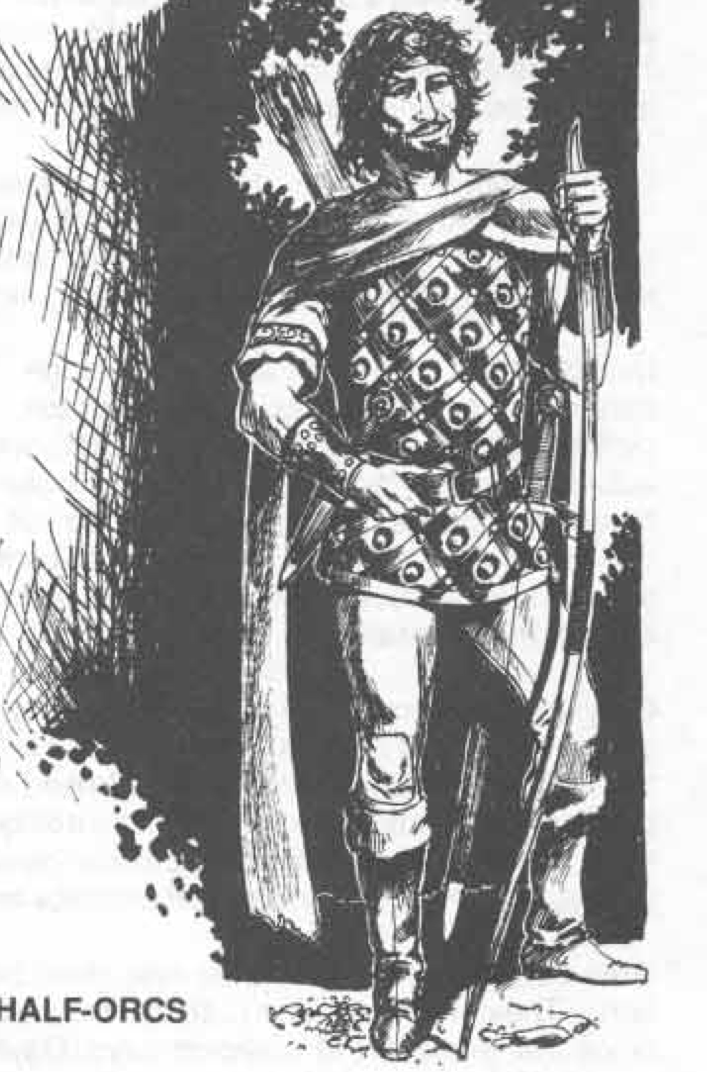 2nd ed Art from the core books. Especially the 2E Monster Manual. Bar none the best book in all of D&D IMO.

This is an image that I use for my 4e Wizard. 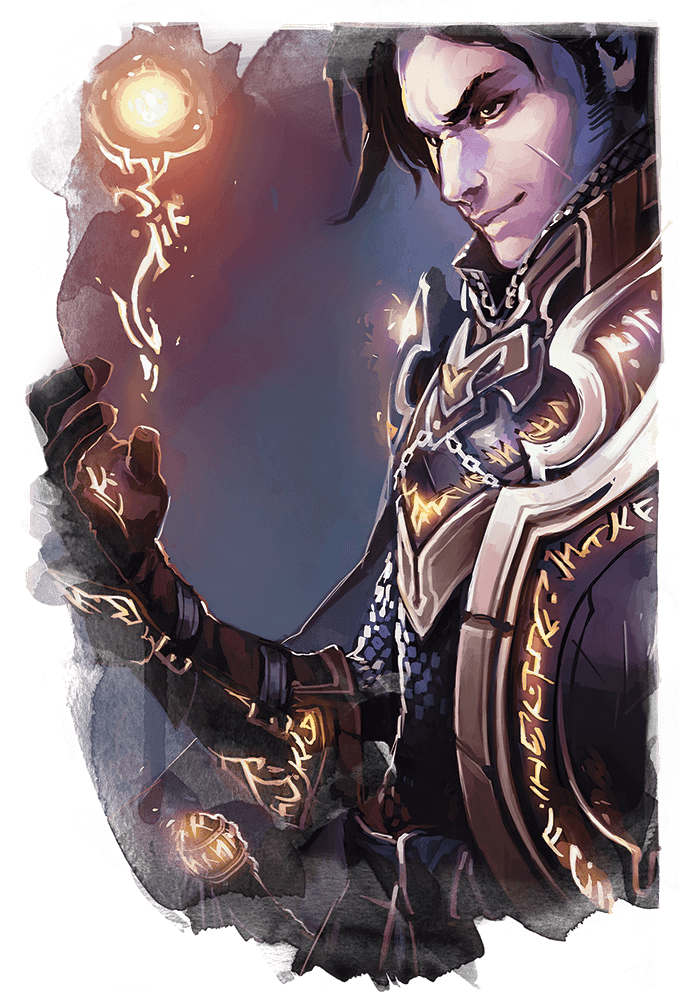 The artist intends him to be a Light Cleric. But he is an awesome Wizard.

(He also helps me imagine cooler Cleric character concepts too, a kind of elementalist.)

DarkCrisis said:
2nd ed Art from the core books. Especially the 2E Monster Manual. Bar none the best book in all of D&D IMO.
Click to expand...

Are we talking the loose-leaf pages or the bound book?

There’s a couple FF pieces I need to find. The one with Thor smiting the serpent (forgotten it’s name) is, to me the quintessential barbarian picture.

Stormonu said:
The one with Thor smiting the serpent (forgotten it’s name) is, to me the quintessential barbarian picture.
Click to expand... 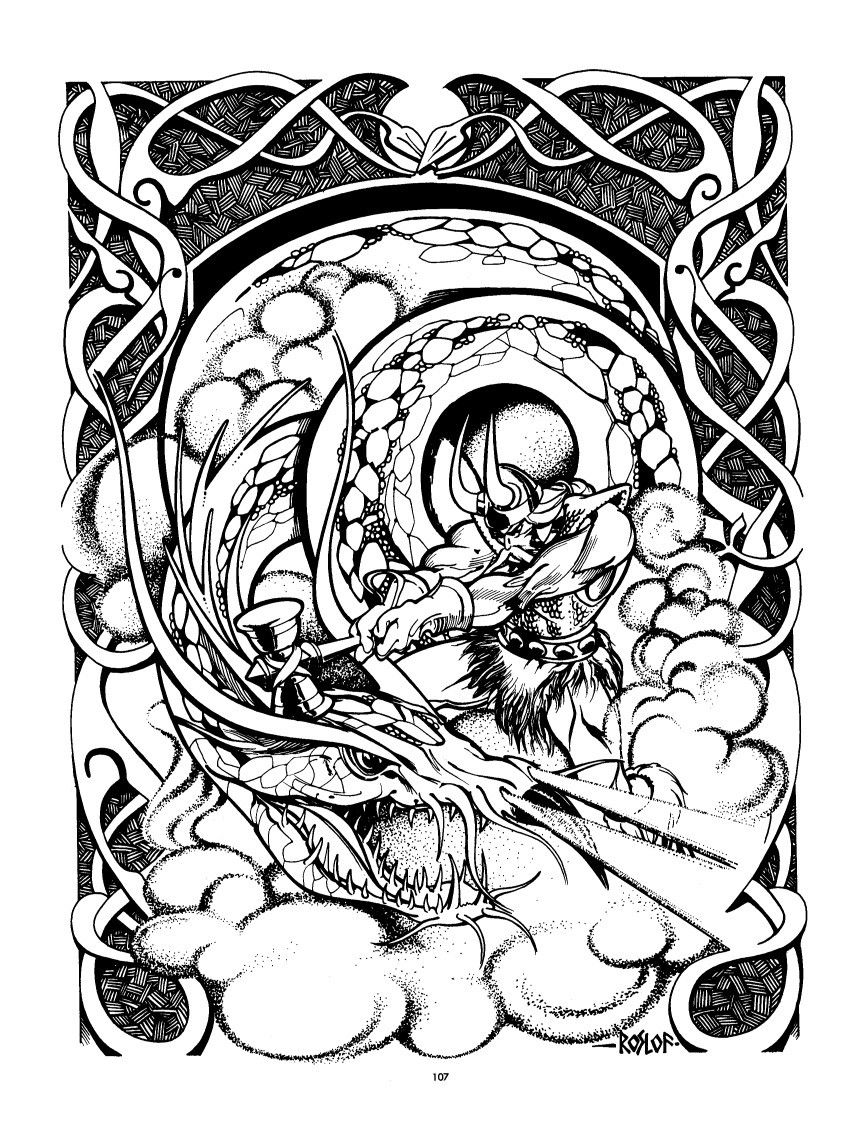 Across the board Barbarians, Fighters, Scorcerers, Clerics and Druids I’d say Marvel Comics has been my main source of Visualisation
King Conan in particular but also things like 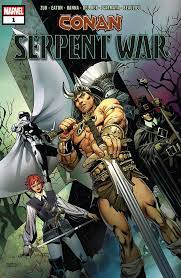 Stormonu said:
Are we talking the loose-leaf pages or the bound book?

There’s a couple FF pieces I need to find. The one with Thor smiting the serpent (forgotten it’s name) is, to me the quintessential barbarian picture.
Click to expand...

Well a lot of my clever plans have been inspired by this: 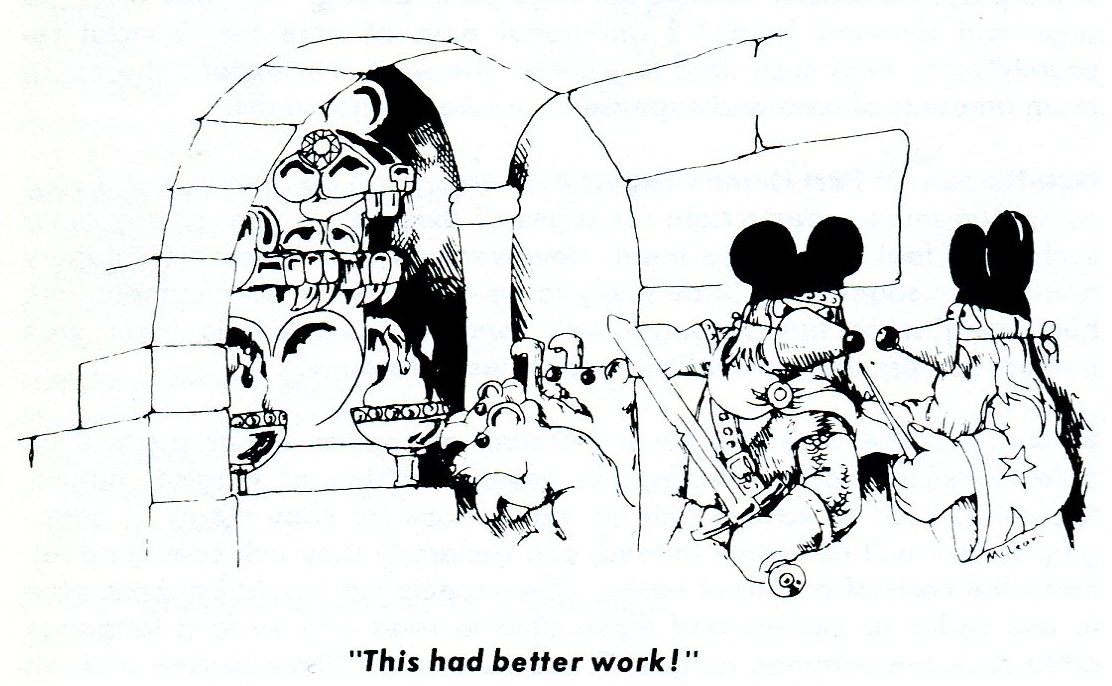 I had a cleric based on this: 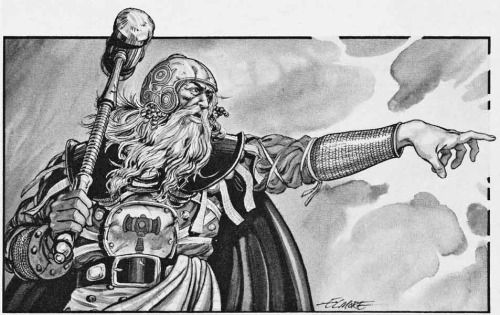 and of course a paladin inspired by: 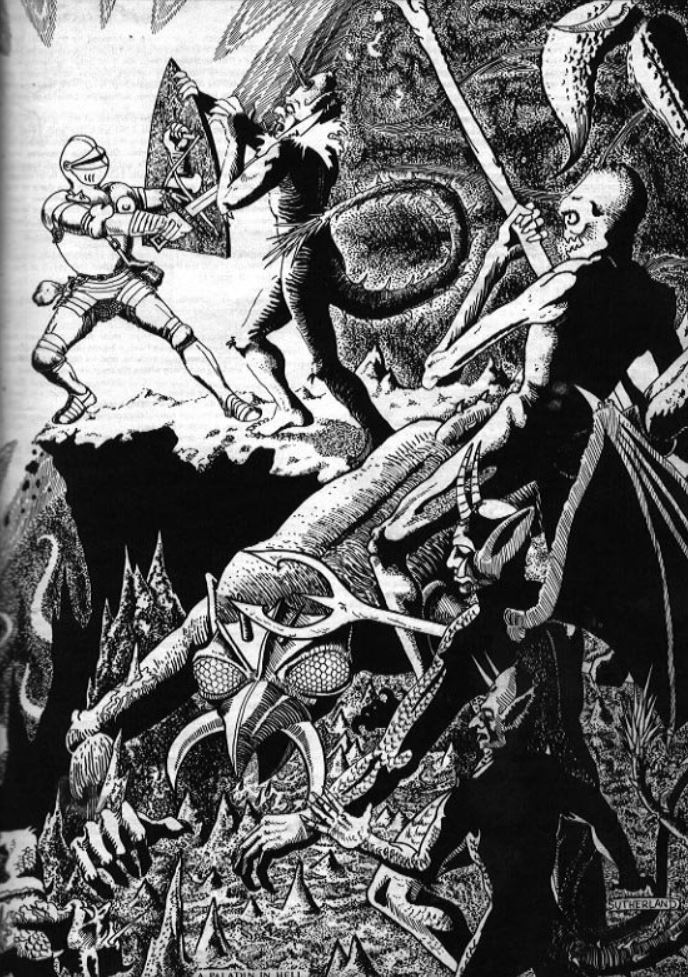 Stormonu said:
This picture from 1E’s Unearthed Arcana is “the Definite” ranger in my eyes

Yup. That's exactly the one to which I refer in my original post.

Gotta go with the original Paladin (by Elmore): 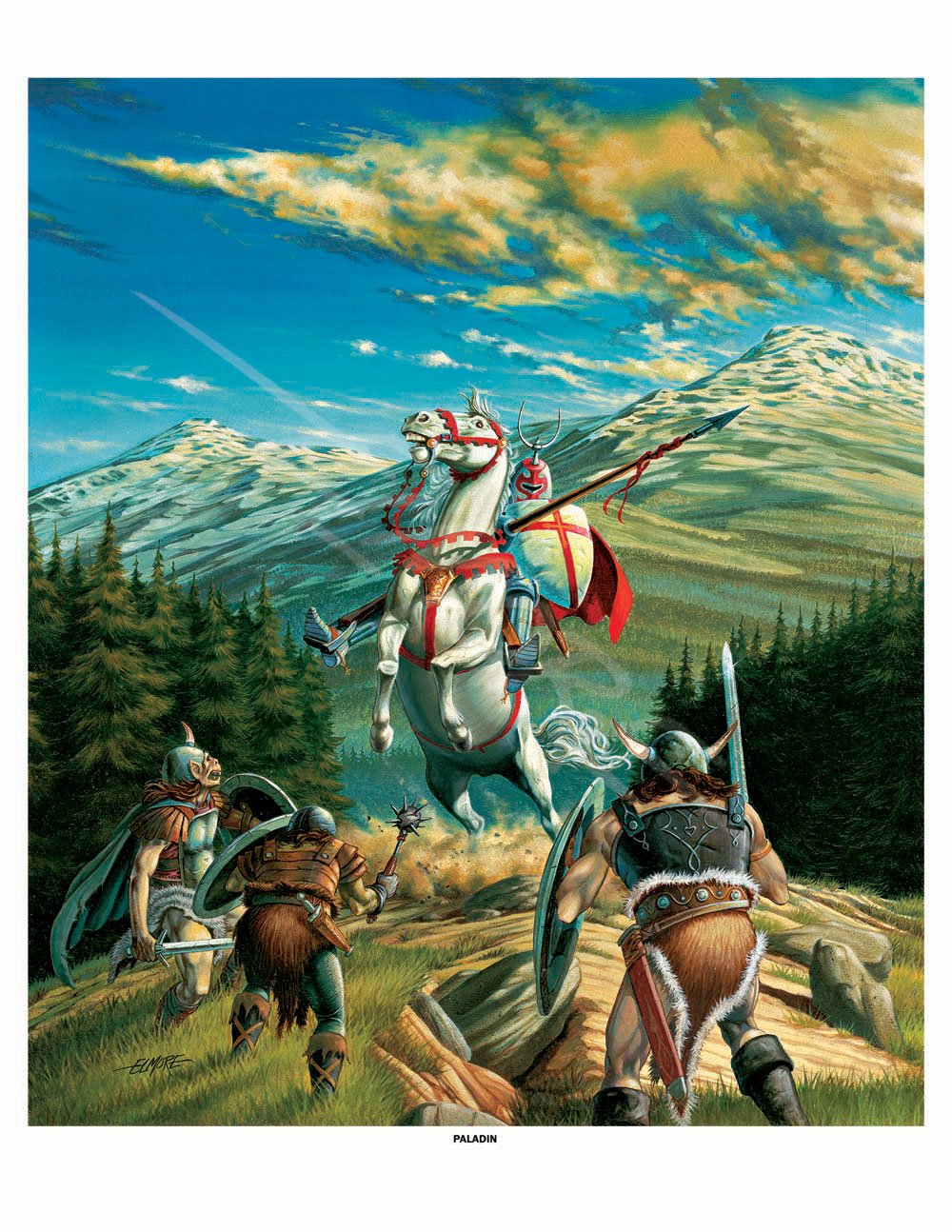 D&D 5E All the characters in all my 5e games (edit: what about yours?)

D&D General Does a campaign world need to exist beyond what the characters interact with?
2 3 4 5