TSR At TSR: Walking Around The Building

Let me give you a little background. I became the Director of Creative Services at TSR. Upper management wanted me to have that title so when I tried to manage the editors and designers my words carried a bit of weight. I had edited, designed, and worked on many types of production projects at TSR and other companies.

This ensured that I spoke their language and I was difficult to give crazed excuses to on a daily basis. Basically, just frequent checks on their work flow did the job. I had a neat trick. Every Friday I ordered all the designers to give me their massed work for that week. I would then read one of them over the weekend and comment on it the next week. You would be amazed how that improved hitting deadlines for all of them. 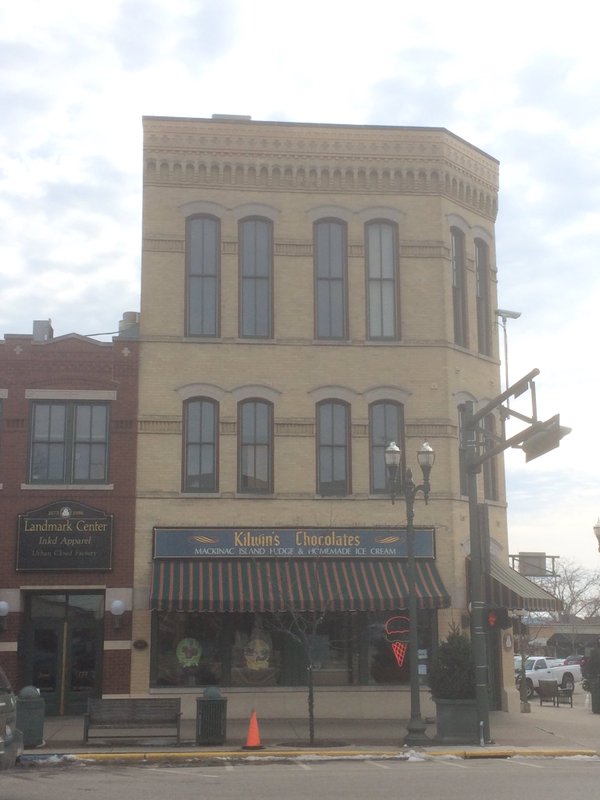 The first TSR building, a few blocks from Gary Gygax's house
photo from 2016 WotC tour of Lake Geneva​
Now, let's take a look at the offices of TSR. The building was about two hundred yards long and roughly 50 yards wide. There was a large warehouse on the west end and a large office complex on the east side. Upper management were in spacious offices with a large secretarial pool in the middle of the offices. Gary and Brian's officers were huge and Gary had a steam bath by his offices, but I don't know if he ever used it. Gary's lovely daughter Elise was his secretary for a bit and she had a nice office area in front of Gary's large office. Across from these offices were the graphics and book department in their own wing of the building.

There was a great mail order hobby shop in about the middle of the complex on the second floor. There was a purchasing agent department under them. In those days TSR kept three purchasing agents very busy looking for good prices on the various parts in a TSR product. Those people also did a great job in getting my department to fill out purchasing forms that exactly detailed what the product was supposed to be. The artists were on the east end of the building on the second floor in a large single room. Below them was a nice cafeteria.

The editors and designers were in what we called cube land. Each of us had a ten feet long by six feet wide cube and they were all closely connected. The walls were made of sound absorbing fabric, but most conversations from cube to cube could be easily heard. There was a batch of cubes on the first floor and a slightly bigger batch of cubes on the second floor. On the second floor was a large meeting room and we had a lot of TSR product in there. We had deals with other companies to trade product and most of those materials were kept in that meeting room.

Each cube had a computer table with a computer, a desk, phone, chair and another chair. There was a work table and several large cupboards to store materials.

I remember the day I made my managerial decision like it was yesterday. Lorraine Williams was the president of the company having taken over TSR in a hostile stock takeover. She came up to my cube and read me the riot act for many products being late.

I didn't like being reprimanded for something I was working hard to fix. Although it was true the company was late on a few projects, I was on top of those and we were catching up to the posted schedule. I really didn't like everyone and their mother hearing me get reprimanded. She could have summoned me down to Mike Cook's office. He was my immediate supervisor at the time. I felt she had deliberately chosen my cube so that others could hear her displeasure at the entire department. I was fuming. Several of the editors and designers came into my cube later, to try and make me feel better. Their efforts didn't work.

From that moment I decided that my experience would not be felt by the people I managed.

I think it was Zeb Cook who got the first “walk around the building.” As I remember it, he had made comments to Lorraine about things he was working on in a disparaging way. Naturally, she spoke sharply to Mike Cook and he spoke sharply to me. Zeb's comments weren't a problem, but he hadn't given me a chance to fix his issue. We walked around the outside of the building and I calmly talked about his problem and what he had done that caused me grief.

In all the times I took people around the building for a walk, I tried hard to sound calm and reasonable.

Over the time I was a manager I had many walks around the building. I remember a walk with Jon Pickens. He was an excellent editor and he really knew AD&D backwards and forwards. The only problem he had was one of zeal. Zeb Cook was working on 2nd edition and doing a great job. Jon was giving lots of advice on the project and getting on Zeb's nerves. I had to tell Jon to back off and that took two laps around the building to explain to him so that he understood I didn't want him to stop working with Zeb, I just needed him to do it in a way that Zeb didn't find irritating.

Zeb sounds like a trouble maker. (I kid.) But I definitely appreciate that management style.

I usually take a person into a conference room when I have to have a similar talk, but I like idea of "walking around the building," I may implement that.

Walking and talking is incredibly therapeutic.

Great stories as usual. Thank you.

"Praise in public, correct in private" - sounds like you had a lot more sense when it came to management.

Drawmij can be my boss any day!

By the way, I'm expecting that building to have a brass pole and a hearse in the garage, for some reason.

Well said. Were you still with TSR when it moved out to Sheridan Springs Rd?
When I visited Lake Geneva a few years ago, I wasn't sure which building it was.

For someone who had to learn on the job vs a degree, it seems that JW is a natural in discovering the right management lessons.

Ironic that he now calls people out by name in a public forum, decades later.

Elfcrusher said:
Ironic that he now calls people out by name in a public forum, decades later.
Click to expand...


Yeah, it's decades later. Kind of hard to equate that to "calling people out by name" in any serious manner.

I'm not sure that calling out Lorraine Williams (who's the only one who really comes out looking bad here) is all that bad a thing.

The degree to which she was a disaster is well documented elsewhere.

(I mean, I guess you could say that Zeb Cook comes out looking bad, but two things about that. First, he had to have a walkaround with his manager every so often because he said things that ruffled feathers... and I can identify with that! But, also, he was the lead designer on Planescape, so he's already guaranteed to be awesome.)

Doesn't make him look bad to anyone who's worked with creatives...they all need a walk around the building now and then.

dave2008 said:
I usually take a person into a conference room when I have to have a similar talk, but I like idea of "walking around the building," I may implement that.
Click to expand...

teitan said:
I do it at my job. If they are throwing a fit I walk them to HR even so that they can file a complaint that I asked them to do their job. They never do and end up apologizing.
Click to expand...


Wow. That's not dismissive of employee concerns at all.

If I were one of them I'd go to HR with you, not to file a complaint but to quit.

teitan said:
I do it at my job. If they are throwing a fit I walk them to HR even so that they can file a complaint that I asked them to do their job. They never do and end up apologizing.
Click to expand...


oh no, I don’t do it in that way. I have a good relationship with the people I oversee. Usually they are mad that they have been asked to do a task in a deparmtebt they aren’t assigned and are mad at me so I take them there to voice their concern because my hands are tied on the matter. We talk on the way about why I need it and I listen to their concern and acknowledge it and then hand them off. HR can do more to help them when they get upset than I can at that point. By the time we get there Their concern is quelled. Usually they are surprised in a positive way that I am trying to get their concerns to the people that can actually help them. so my post came off wrong. No threats. I do talk to them about it being inappropriate to be yelling at me though.