No idea. I'm not that much of a cheese fiend.

Tasted good. Haven't been there for a while pizzas kind if off the menu/rate treat.

Bought some cheap chocolate today. Had very low expectations got a pleasant surprise.

This is 100% true. It's one of the things I keep a Microplane around for--the other being if I need to paste some garlic or something (somehow I've never gotten into using citrus zests, which would be another use-case).

Staff member
Citrus zests can really punch above thei weight class. I don’t use them as often as I should.

Game night. Couple of no shows so Risk 2210AD over D&D. Wife won after we had a nuclear war. One if the newer players almost win and came second via diplomatic points at the end. 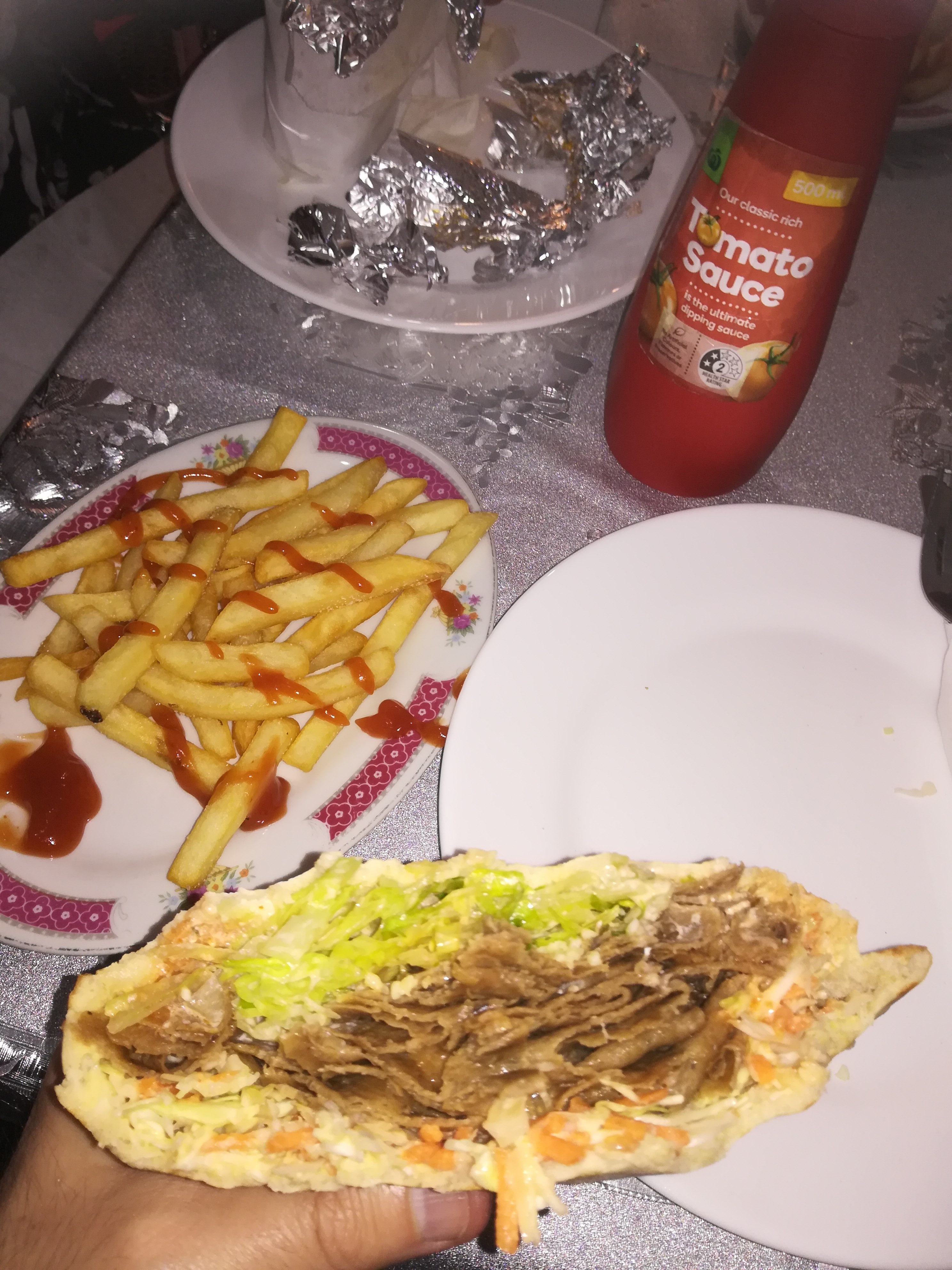 Lamb kebab with hotsauuce, fries, and our world famous in NZ tomato sauce.

Shop uses the cheap stuff. Generous amount of lamb though. Around $10 usd for combo,chipd/fries, kebab can of coke/fanta/sprite.

First time I've done falafel in the air fryer. Been a bit of a failure pan fried. 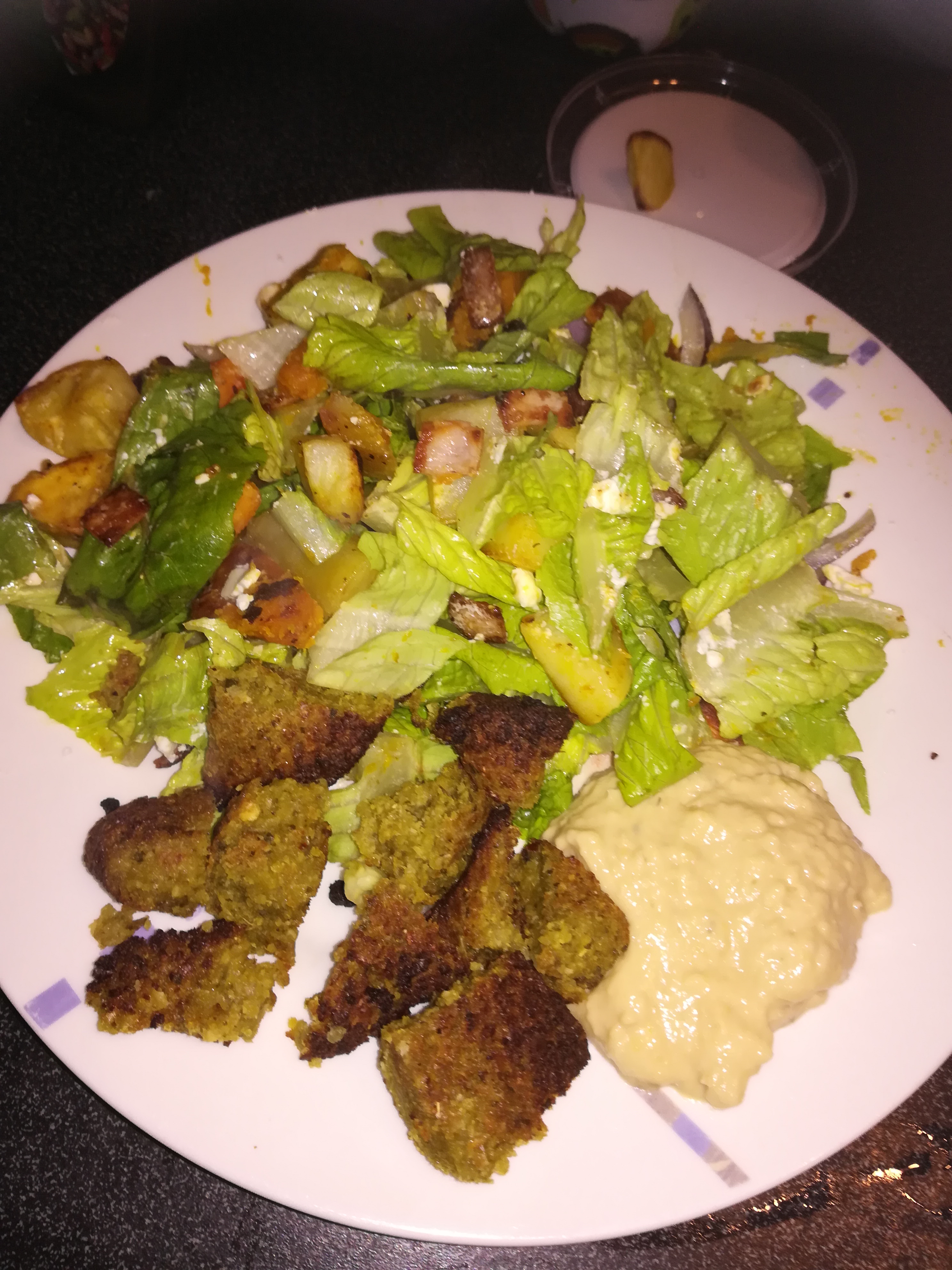 
It does. Worst thing in it was two small bits of bacon and the olive oil used to roast the veggies.

Most if my stuff is kinda healthy the oatmeal thing isn't a joke.

Staff member
Nothing wrong with healthy as long as it tastes good. Or at least, not bad,

I like oatmeal, but I wouldn’t call mine truly healthy. I cook it with milk, sugar and cinnamon.

Dannyalcatraz said:
Nothing wrong with healthy as long as it tastes good. Or at least, not bad,

I like oatmeal, but I wouldn’t call mine truly healthy. I cook it with milk, sugar and cinnamon.
Click to expand...


I use the flavoured stuff and add fruit. 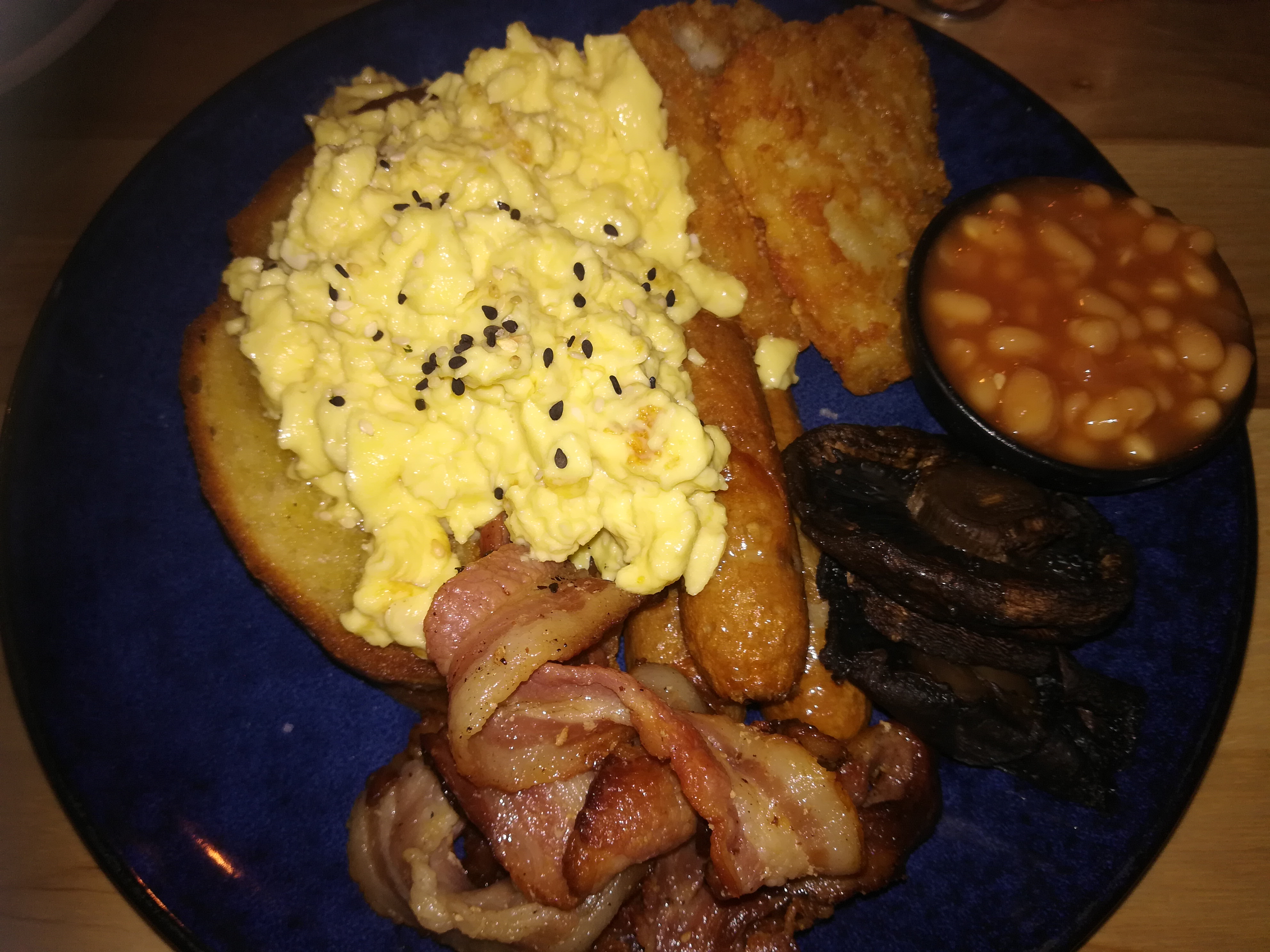 Mother in law had pancakes with added bacon while wife's grandmother had that bacon and egg pie with tomato relish.

Tasted good but I rarely order cooked breakfast and now I remember why. Couldn't finish it so the in laws helped out.

Staff member
I was a tad clumsy in the kitchen, so I look like I was a little too near a good fight. But the food itself came out good. Our (small number of vaccinated) guests enjoyed their meals thoroughly. This made me feel pretty cool because we were doing a few things that we don’t normally do. Hell...the only dishes that were COMMON in our repertoire were the potato & egg salad and the apple blitz dessert.

Originally, we were going to be doing a rib roast (in the oven) with grilled chicken thighs & breasts as the two main entrees. And we were going to serve ciabatta rolls. Well, the rib roast in my freezer had been there longer than I realized. A LOT longer. Didn’t want to chance it, so I put it on the list and went to the grocery...

...where someone had bought the last 40 ciabatta rolls 30 min prior, they had NO rib roasts at all, and no chicken thighs either. The breasts I found were HUGE! I bought the 3 smallest packs I could find, each containing 2. The smallest was @$4, but the others were $7. The BIG packs were $9+, the equivalent of adding one small breast to a $7 packet. I’d have bought those, but I couldn’t see a way to serve them to single attendees. Each could potentially have fed 2 people.

And to replace the rib roast? Well, that’s how we wound up doing the Creole roast beef sandwiches. Because of time pressure, I couldn’t cook the beef from scratch, so I picked up 2lbs of Boar’s Head London Broil, sandwich sliced. That meat was then slowed to soak in a nice warm bath of brown gravy, then served on some mini French rolls, toasted & buttered, topped with with your choice of cheeses (Swiss, dill havarti, smoked gruyere, or smoked Gouda), sautéed onions, and condiments like Mayo, garlic aioli, or creamy horseradish.

Said sandwiches were tasty as hell, but definitely lacked structural stability. (The rolls had slightly rounded bottoms, so the sandwiches had a slight tendency to roll over and have their contents slide off.)

Also did a garlic cole slaw based on a recipe from a local restaurant. I’m not a fan of cole slaw in general, but THIS stuff is so crunch and garlicky that I’d drive across a county line to get it. (Not exaggerating.) So I learned to make it after they shuttered after almost 90 years.

Staff member
Here’s a gallery of the Mother’s Day food:

I learned a trick eating the leftovers: instead of slicing the buns all the way through on those oh-so-messy beef sandwiches, I left the top & bottom attached. Then I served and ate them sideways, like a chili cheese dog. DUH!

Game night just tried a burger joint to make a change from Chinese/Turkish.

It was nice enough but had these amazing cheese and jalapeno poppers. Burger was pretty good.

But next door was a Indo Nepalese place with Momo's. Guess what I'm gonna try hopefully next week hopefully.....
Last edited: Today at 6:46 PM

Staff member
Man, I haven’t had jalapeño poppers in years! The last time I did was shortly before my cousin- who worked at the place I usually got them- told me not to eat there again.

Seems that, while he and his manager took cleanliness seriously, he wasn’t so sure about his coworkers...

Dannyalcatraz said:
Man, I haven’t had jalapeño poppers in years! The last time I did was shortly before my cousin- who worked at the place I usually got them- told me not to eat there again.

Seems that, while he and his manager took cleanliness seriously, he wasn’t so sure about his coworkers...
Click to expand...


Yeah they're uncommon here not many places do them.

One of the burgers has them in it. Southern fried chicken with poppers. I told wife to get that she likes chicken more than me. She got a cheese burger and was semi disappointed.

The patties were small, mate got double bbq meat and loved it mine had more filling kiwi burger with egg and pineapple.

They also had a butter chicken pizza. Interesting menu anyway.

They also did a Morocco burger which looks like a spicy lamb one and a triple one had lamb, beef and pork.

NZ burgers lol if it's meat it's probably in a burger as some places do venison as well.