D&D General Do you prefer more or less Skills?

That's why I am for a list like 5e's plus 5-6 more skills (Weighlighting (STR), Browbeat (STR), Endurance (CON), Etiquette (CHA) Streetwise (CHA)) as a base. Decoupling requires a more veteran playerbase and more attachment to backgrounds.

Maybe. I just added one (well, two for classes with expertise) little number with every ability, like "+prof.", and that's it. "Well, roll Constitution. Do you have a dot in athletic? Then roll Con+prof." worked quite fine.

But I rarely run 5e for newbies these days, though.

Without further context, the question of more or less skills is kind of pointless. What is the content of those skills? How do they work? Who gets access to what and how?


DEFCON 1 said:
You know what I think is the saddest part of all of this though? When it comes to the D&D game itself... what skills you know and how many there are doesn't actually matter. Because your abilities to do things is so small compared to just random chance. It doesn't matter how good you are or how well-trained... most of anything you succeed at is completely the result of one thing... the die roll.

The random d20 die roll for all ability checks can easily result in something like 4/5ths of your entire success in doing something. You could have a +3 in your stat and proficiency in some skill you are supposed to be fully trained and really good at... giving you a total of +5... but a roll of '20' on the die means that succeeding at a DC 25 check was a result of 5 points from natural ability and your training, and 20 points from complete and utter randomness. 4/5ths of your success had nothing to do with you as a character, it was just the fickle finger of fate this day that decided you remembered that historical fact or didn't lose your balance on the icy roof of the building. Heck... even a 20th level character that has Expertise in a skill (+12) and a maxed out stat (+5) for a total of +17... still sees 1/5th of their checks get HALF (or more) of their result from complete chance (rolls of 17-20). Doing virtually the impossible on a DC 35 check says 17 points comes from skill and training, and 18 points just from luck. Doesn't that seem odd? That even the very pinnacle of human endeavor in Dungeons & Dragons can see any accomplishment be at best only 50% of it coming from who you are and what you've done? When you look at it from the top-down meta view of the game system... that ain't great.

The game through that prism really drives home the idea that the entire skill system in D&D doesn't actually matter. Most of a character's success or failure across the board will be completely due to the random d20 roll and more often than not have little to nothing to do with your ability scores or proficiencies. The system on the whole might as well not even be there for all the good it does, LOL.
Click to expand...

Here we go. In Shadows of the Demon Lord, characters get a boon (+1d6) to their ability check if it pertains to their background. (Though in SotDL, ability checks are simply about beating a 10.) But maybe something similar could work in regards to character backgrounds? Provide either a +1d6 boon or Advantage for when your background applies in non-combat ability checks.

Ah yes. The issue is a problem that requires the miracle snake oil you're selling as a cure.

Aldarc said:
Ah yes. The issue is a problem that requires the miracle snake oil you're selling as a cure.
Click to expand...

I’m not selling anything.

What’s so threatening about a different style of play that makes people so pointlessly hostile?

Nefermandias said:
I have this weird thing going on where in one hand I love robust systems and clear rules. They are great tools and they help making sure everyone is on the same page and that the game will be running fair and consistent.

On the other hand, I'm a firm believer in using the fiction and the environment to move the game forward. Call it brains before dice or even skilled play if you want.

I don't really think both things are in conflict with each other. That's also why B/X and 4e are (weirdly) my two favorite versions of the game.
Click to expand...

Yeah. I’m kinda the same. On one hand it’s that you want a light system that gets out of the way so you can immerse in the characters, world, and fiction...but on the other it’s a game and so should have good, clean, well-written rules that provide things rules should like clarity and balance.

overgeeked said:
I’m not selling anything.
Click to expand...

How are you not trying to sell FKR?


overgeeked said:
What’s so threatening about a different style of play that makes people so pointlessly hostile?
Click to expand...

Your loaded question aside, different play styles are perfectly fine. It's presenting yours as "the cure" that I find a bit of hard pill to swallow. I probably wouldn't mind if you simply presented it in terms of how comparatively FKR tries to tackle the issue.

Aldarc said:
How are you not trying to sell FKR?
Click to expand...

I literally mentioned it. That’s all.

Then why the constant hostility toward FKR?

Aldarc said:
It's presenting yours as "the cure"
Click to expand...

overgeeked said:
Then why the constant hostility toward FKR?
Click to expand...

Are your questions always this loaded?

Aldarc said:
Are your questions always this loaded?
Click to expand...

I think you misspelled honest.

overgeeked said:
I think you misspelled honest.
Click to expand...

Thank goodness that you're not competing in a spelling bee then.

Player - "Can I please apply my largest modifier to everything?"
DM - "Why yes, if you are glib enough to convince me!" (Bad luck if you are at all lacking in glibness or confidence.)

That's why I am for a list like 5e's plus 5-6 more skills (Weighlighting (STR), Browbeat (STR), Endurance (CON), Etiquette (CHA) Streetwise (CHA)) as a base. Decoupling requires a more veteran playerbase and more attachment to backgrounds.
Click to expand...

I disagree strongly about decoupling based long experience of decoupled skill + stat systems and particularly using those with inexperienced players, not veterans.

I'm not saying you're completely wrong but my experience is that it's about presentation and mindset.

Specifically, if you always write them down decoupled, IE there's no idea that "Athletics is normally STR", and the character sheet reflects that (like most WoD games for example), I've never seen players, tired or newbie or otherwise have any problem at all. They have the mindset that it's stat + skill, so they just think of the appropriate combo or ask the DM. I played WoD games with some totally new to RPGs people and never saw a problem. Same with other games taking that approach.

The only time I've seen an issue is where games make it so there's "usually" a specific stat + skill combo but sometimes not, and 5E with the optional rule to use other combos is an example of that. But if, from the start,and on the character sheet, stats and skills were decoupled, I don't believe this would be a problem.

Decoupled skills:
Even conceding that it is a PHB variant, decoupled skills are already in the 5e rules. Your player says "I want to do the thing", and the thing looks like, say, Constitution (Athletics), Strength (Intimidate), or Charisma (Arcana), you're already good to go. That said, there's nothing wrong to my mind with skills having a "key" or typical associated ability, representing the majority of typical uses of that skill. It comes down to how it's presented on the character sheet and how you explain it.

FKR/freeform and skills:
I prefer rules-heavier systems myself - around the level of complexity of 5e, to be precise - so I don't buy that FKR or other forms of freeform play are "the cure" for players not engaging with the in-game fiction as much as might be desired. Ideally, player character action writ large in any RPG starts from the fictional positioning, regardless of how rules-heavy or rules-light that game might be. However, players may not feel like engaging much with the in-game fiction at any given time (or at all), depending on their preferences or the circumstances, so I wouldn't force the issue - and here I think systems with more crunch have an advantage because there is a hook to engage with the fiction - at a superficial level but at some level nonetheless - even when players aren't committing to engage with the fiction (because they are playing at a beer-and-pretzels level of engagement, aren't feeling up to more engagement that game session, or what-have-you). "[My character name] uses Athletics to bash down the door" is just game-mechanics-ese for "I attempt to use my great strength to bash down the door", when you get down to it.

More generally/philosophically/from-a-design-perspective-y, skills in an RPG represent, through mechanics, things that any given player character is good at compared to most other creatures in the game world. And in D&D 5e they are sufficiently broad that they are mostly described in the rules in terms of fictional positioning, and not in terms of concrete mechanical levers/buttons/what-have-you. They also have the convenience of being a single word with a checkbox on a character sheet plus a reference in the PHB (or maybe even on my DM screen) for when you need it. As a DM/GM, what I don't care for in ultra-light games is the absence of such mechanics. Meaning if a player and I agree that their character is good at "thing X" in a game I'm running, either I have to adjudicate each instance of "thing X" each time it comes up (and remember said adjudication, or remember to write down said adjudication), or the player character has to write down "what being good at thing X means" on their character sheet. And in that case... 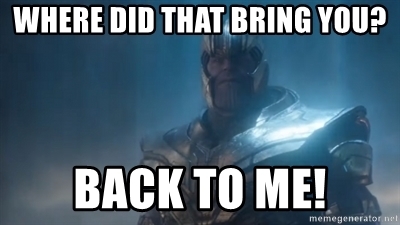 D&D 5E How Would You Implement Skill Deficiencies in D&D 5e?
2