Modiphius has released Strange New Worlds in PDF (November 2019 in your local game store), which contains nine short adventures for use with their Star Trek Adventures 2d20-powered RPG. 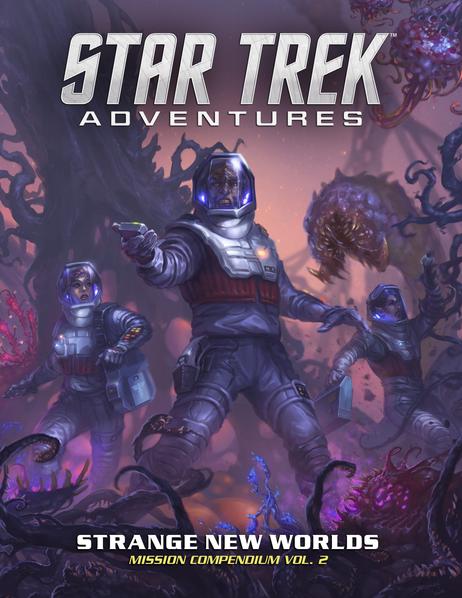 "This adventure supplement contains nine missions exploring the strangest and most challenging missions on dangerous planets and weird environments.Strange New Worlds follows on from the huge success of the first adventure compendium These Are the Voyages, and provides fans with missions from the Enterprise, Original Series, and Next Generation eras. Some incredible writing talent was recruited, from well-known Star Trek fiction writers such as Christopher L. Bennett (The Captain’s Oath, Greater Than the Sum), to roleplaying game luminaries like Jason Bulmahn (Pathfinder 2nd Edition)."

As I see they are still trying to push the black background thing. I never held a physical version in my hands, but on a monitor I can't stand it, it hurts my eyes.

The white version is plain ugly. There are so many better solutions out there.