HYPE: The Tal’Dorei Campaign Setting is being REBORN by Darrington Press! | Critical Role

This beautiful tome places the continent of Tal’Dorei in the palm of your hands and asks how do YOU want to do this? See how your adventurers leave their own mark on Tal’Dorei and the wider world of Exandria or enjoy a nice continent-wide pub crawl. However you play, it’s the right way.

Of course, there’s much much more to look forward to with this release! Beyond the expansive book itself, we’ll also team up with the fine folks at Beadle and Grimm’s for a deluxe treatment, featuring in-world player handouts, battle maps, a GM screen, and more! We’ll have more on that soon enough but for now, gaze in wonder at this gorgeous art piece from Tal’Dorei Reborn by the brilliant Kent Davis.
Click to expand... 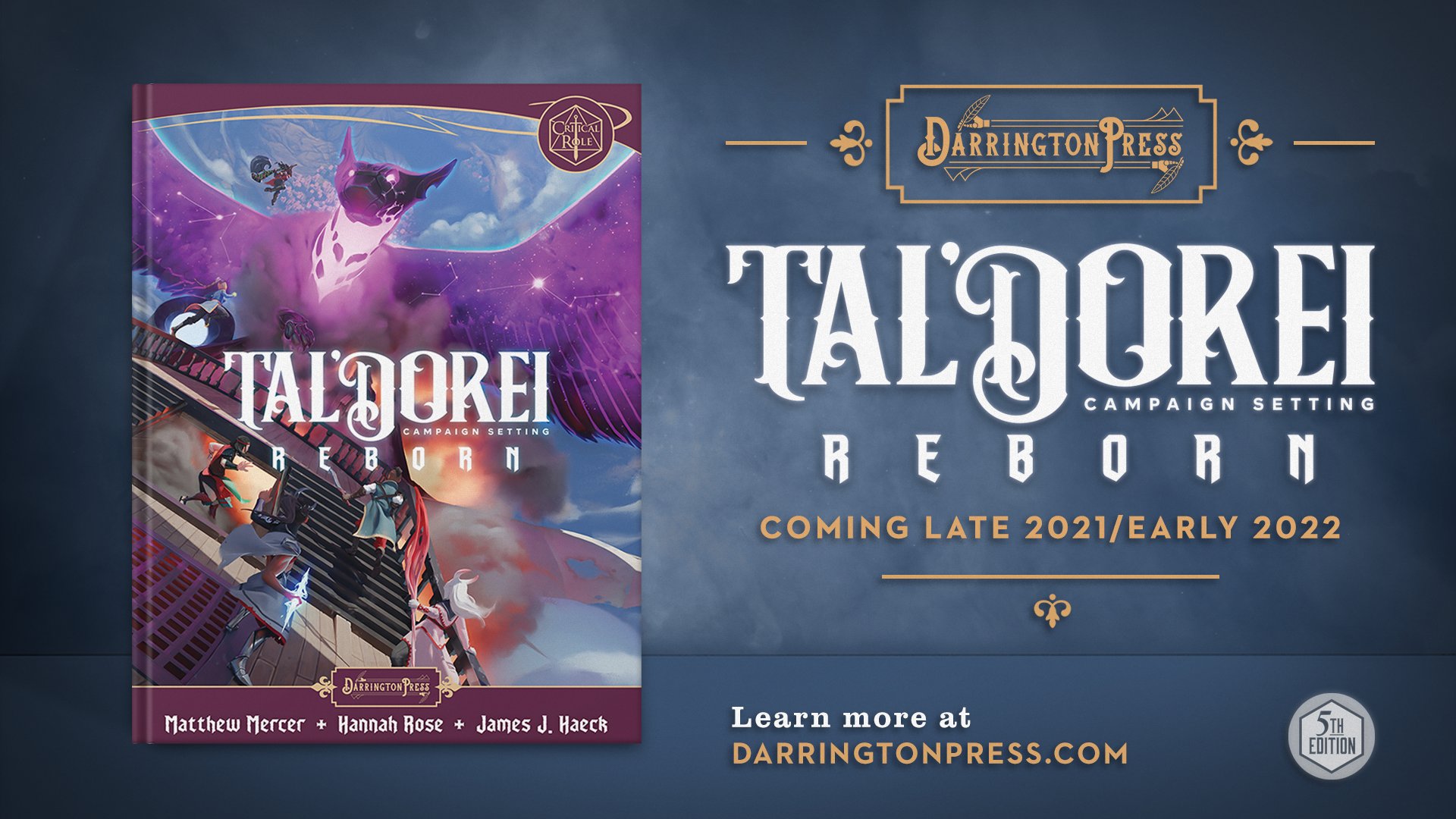 Critical Role's publishing arm, Darrington Press, has announced that it is relaunching the Tal'Dorei campaign setting (which was originally published inn 2017 by Green Ronin). The new setting is called Tal’Dorei Campaign Setting Reborn and will launch in late 2021/early 2022. Since we launched...