It looks like Amazon has leaked the title and description of the new D&D book a day early (unless it's all a fake-out by WotC) -- and it's a new D&D setting book called The Explorer's Guide to Wildemount; it's the Critical Role campaign setting, penned by Matt Mercer! 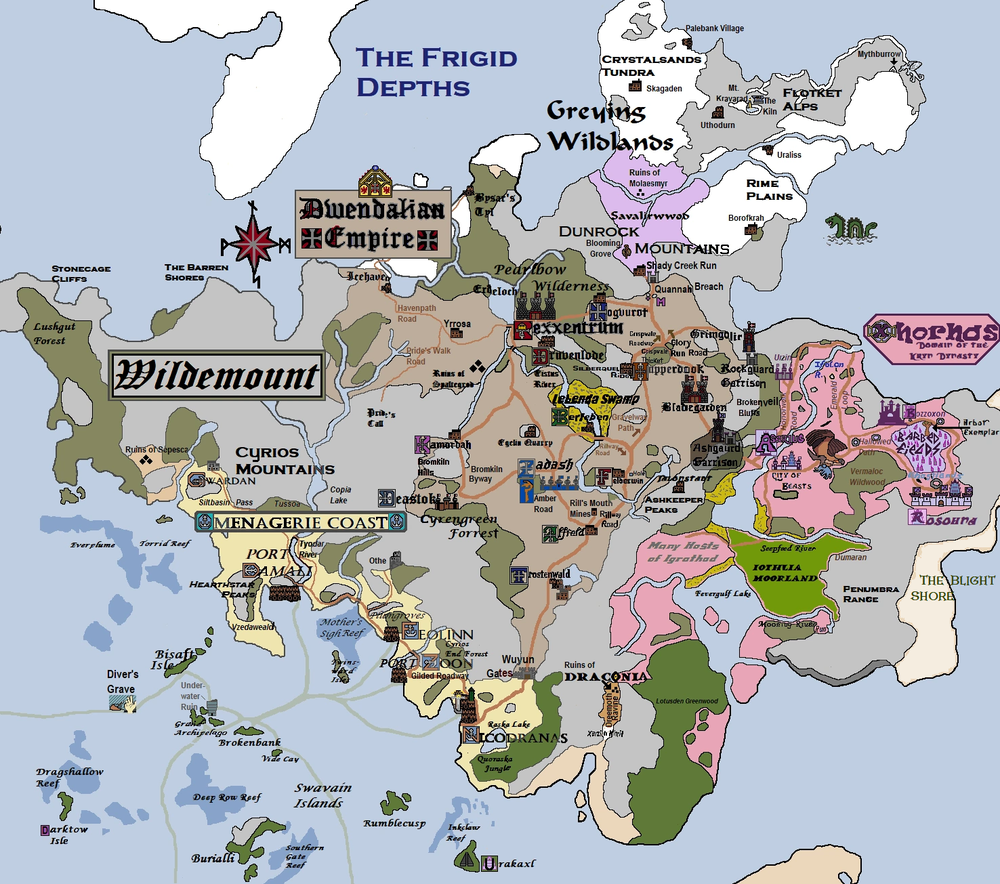 image from Critical Role wiki​
There's no cover image yet, so we're stuck with the "Coming Soon" image.

This book appeared without a title on Amazon last week, and a 'reveal' date of January 9th, which was then later delayed until January 13th. Amazon appears to have jumped the gun a day early.

Here's some information about Wildemount, which is a continent in the same world as Critical Role's other setting, Tal'Dorei. It is described by the official wiki has having "real-world Eastern European influence.... The Dwendalian Empire takes inspiration from 15th century Russia as well as Germanic nations in Central Europe (e.g., Prussia). Xhorhas has a more 13th-century Romanian flair. Outside of Wynandir, on the edges of the Dwendalian Empire, the cultures and peoples of those regions display a distinctly 14th-century Spanish flavor."

HOW DO YOU WANT TO DO THIS?

A war brews on a continent that has withstood more than its fair share of conflict. The Dwendalian Empire and the Kryn Dynasty are carving up the lands around them, and only the greatest heroes would dare stand between them. Somewhere in the far corners of this war-torn landscape are secrets that could end this conflict and usher in a new age of peace—or burn the world to a cinder.

Create a band of heroes and embark on a journey across the continent of Wildemount, the setting for Campaign 2 of the hit Dungeons & Dragons series Critical Role. Within this book, you’ll find new character options, a heroic chronicle to help you craft your character’s backstory, four different starting adventures, and everything a Dungeon Master needs to breathe life into a Wildemount-based D&D campaign…
Explore every corner of Wildemount and discover mysteries revealed for the first time by Critical Role Dungeon Master, Matthew Mercer.

Critical Role's other setting, Tal'Dorei, was published a couple of years ago by Green Ronin. This brings the list of settings in official D&D books to five: Forgotten Realms, Ravnica, Ravenloft, Eberron, and Wildemount.

UPDATE! Barnes & Noble has the cover (but not the title or description). 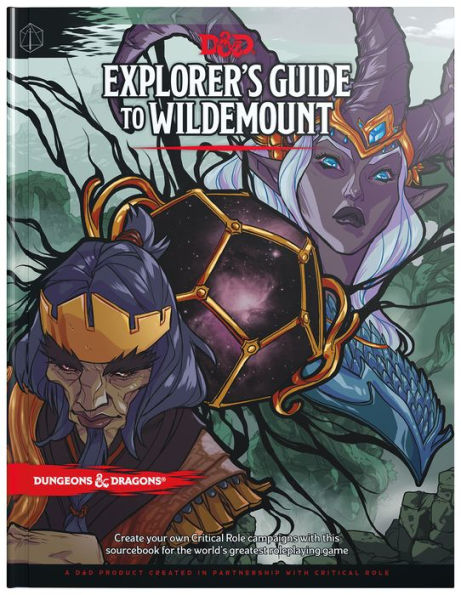 Publisher
With the popularity of critical role, and with AI already a supplement, it was a matter of time before we saw this.

If this is real I’m super happy. Rehashing old stuff endlessly just makes my eyes roll. Love the idea of a fresh setting!!

Didn't they already do a book? And isn't it basically Nentir Vale re-skinned or something?

JeffB said:
Didn't they already do a book? And isn't it basically Nentir Vale re-skinned or something?
Click to expand...

Matt Mercer did a Tal Dorei campaign setting, but it’s 3rd party. And no, it is not Nentir Vale at all. It uses the same pantheon but is otherwise completely different.

Charlaquin said:
Matt Mercer did a Tal Dorei campaign setting, but it’s 3rd party. And no, it is not Nentir Vale at all. It uses the same pantheon but is otherwise completely different.
Click to expand...

JeffB said:
So it's just "official" for D&D now?
Click to expand...

Any idea what makes it different from say, Eberron, or FR? I tried to watch the show before, and I couldn't.

Admittedly, my heart sank when I first saw this a little while ago, because I have zero interest in Critical Role and know exactly nothing about the show, the setting, the actors, etc.

However, upon reflection... This might well prove to be a tidy way to learn the basics without slogging through a gajillion hours of streaming to figure it out. And if that helps me rope in some players down the line, it could be a Good Thing™.

So I've quickly upgraded from sad to cautiously optimistic.

I enjoy the show, but really like the Tal'Dorei setting, which I played in before I knew about the show. I'm a little wary this new book is WotC - not that I dislike WotC, but how will the new book mesh with the Tal'Dorei book, which Green Ronin published?

Well, that and the previous book was very focused on a different continent.

lol
Amazon: "WotC didn't specify which timezone, it's already the 13th in Asia"

I'm happy for anyone that's interested in this, but this is a pass for me.

RIP to the worlds of Greyhawk, Mystara, Dragonlance, Dark Sun, Spelljammer, and Birthright. It's been years, if WotC were ever going to do anything significant with these settings, it would have been done by now. Guess fans of those settings are forever on their own using stuff published back in the day...

murquhart72 said:
RIP to the worlds of Greyhawk, Mystara, Dragonlance, Dark Sun, Spelljammer, and Birthright. It's been years, if WotC were ever going to do anything significant with these settings, it would have been done by now. Guess fans of those settings are forever on their own using stuff published back in the day...
Click to expand...


This is a blessing, I assure you

So much for predictions!

This is a surprising turn of events.... Didn't see this one coming.

Didn't' expected this, I am intrigued I will hold till release for purchasing though. Not a fan of Critical Role but maybe something I can mine out of it for my games.

Uncover a trove of options usable in any D&D game, featuring subclasses, spells, magic items, monsters, and more, rooted in the adventures of Exandria—such as Vestiges of Divergence and the possibility manipulating magic of Dunamancy.

Start a Dungeons & Dragons campaign in any of Wildemount’s regions using a variety of introductory adventures, dozens of regional plot seeds, and the heroic chronicle system—a way to create character backstories rooted in Wildemount.