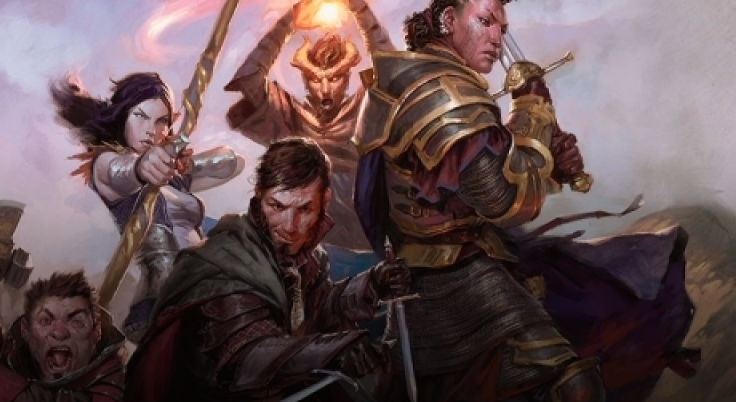 Looks like Spelljammer and/or Planescape is back on the menu!

Lol at the giff having disputes on how their name is pronounced!

Thri-kreen were in Spelljammer too. Honestly, all the races here fit Spelljammer very well...

Argh x 2! I get the impression it's Spelljammer, not Planescape!

Excuse me while I spiral into a deep despair...

It's definitely Spelljammer, Spelljammer also took a bunch of races that were originally from Star Frontiers.

Exciting for what this implies.....except it also means we are AT LEAST a year from seeing this in print, right?

Argh x 2! I get the impression it's Spelljammer, not Planescape!

Excuse me while I spiral into a deep despair...

Yep. This is, I imagine, the UA that Perkins mentioned that was so obvious in what it was that they couldn't talk about it at all without revealing what it was.

JohnF said:
And a nod to Star Frontiers with the Plasmoids and Hadozee (and maybe Thri-Kreen as Vrusk stand ins)
Click to expand...

Well, those were in the original Spelljammer as well, so they're just continuing the long-term borrowing here.

Kobold Avenger said:
It's definitely Spelljammer, Spelljammer also took a bunch of races that were originally from Star Frontiers.
Click to expand...

While I do think this is Spelljammer, I suspect they will at least make some obtuse nods to other universes, including perhaps SF, PS, and/or Dark Sun. 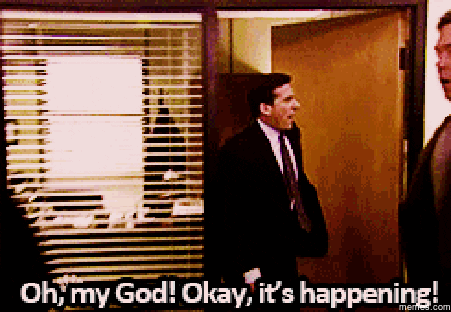 
Spelljammer's Vrusk equivalent were called rastipedes, but I'll agree that this version of the Kreen are meant to reference them.

This Giff ability (a weaker version of halfling luck) seems a little wonky in terms of description (but funny):

Damage Dealer. Like a hippopotamus in a crystalware shop, you are naturally adept at damaging things. When you roll a 1 on a damage die for a melee attack, you can reroll the die and use the new roll. You can do so no more than once per turn.

Demetrios1453 said:
Thri-kreen were in Spelljammer too. Honestly, all the races here fit Spelljammer very well...
Click to expand...


They do, but even in Spelljammer, they came from Athas originally...

...huh. I automatically assumed these were for a Spelljammer book, but could they be options for the new 'Monsters of the Multiverse' book? I don't know if 'spacefaring' counts as 'setting agnostic'.

ersatzphil said:
...huh. I automatically assumed these were for a Spelljammer book, but could they be options for the new 'Monsters of the Multiverse' book? I don't know if 'spacefaring' counts as 'setting agnostic'.
Click to expand...

I don’t think so, as that book sounded like it was going to be entirely or almost entirely monster reprints. But I do think “the multiverse” is going to be a big theme for the next few products, likely pointing towards the possibility of an upcoming planescape and/or Spelljammer book.

Some impressions:
-Astral Elf, not much about them stands out from other types of Elves, I know previous editions had this sort of subrace, but I felt they were mostly taken by the "Eladrin" Elves.
-Autognome, I remember those Tinker Gnome creations, and I like how it's gets around the construct type issues by being able to be affected by Healing spells, and having mending allow the healing with the cost of a hit die. I feel other construct races are probably going to end up like this one. They lack the electrical attack they had, but at least they won't randomly explode.
-Giff are a rather simple "big" race with the damage dealer trait.
-Hadozee the main thing is bonus use an action, we've seen glide before as an ability with the Simic Hybrid (which could be Xixchil Hybrids in Spelljammer).
-Plasmoids I like as they're unique in being oozes, though I see in many cases they might leave behind clothing and armor to fit into tight spaces. Should Shape Self allow a Plasmoid to don armor as a single action?
-Thri Kreen is a good way to deal with extra arms that might have made them too powerful, yes it means they could use a heavy weapon and wield a light weapon with two-weapon fighting. I like that they used what's inspired by the Chameleon psionic power. They've removed the natural attacks and poison bite though, those things could have either been too powerful or too weak.