The group ran down the hill. A little out of breath, they quickly duplicated the task of the day before, climbing up the chimney to the south of the east gate. The ogres had shut the north gate, but the star spawn was already in the courtyard. The ogres' attention was focussed northward, and the dire wolves were barking and whining in unison. No one saw as the group made their way to the same spot between the main steading's roof and that of the kitchen, where they were out of sight from the courtyard and the watchtower.

The thatch roof was sodden from rains. In the V between the steading proper, and the kitchen extension, water collected. Kahru would be able to shape it into a form that could climb up the roof and jump into the smoke-hole. It might not fully put the fire out, but it would make it easier to avoid, and be an effective momentary distraction.

There were six people on the roof. The colonel's updrafts could carry five down. Either Donnell could remain on the roof until the danger was past, or someone could find their own way down. The plan was sound, though the danger was real.

Waythe urged Kahru to get on with it, eagre to see how many giants she could slay.

Supporter
The Colonel makes eye contact with his companions, who nod if they are coming with him. He holds up three fingers to coordinate the timing with Kahru. Three, two, one...

Kahru reached out to the water he could see pooled on the roof and felt it moving, flowing up the thatch towards him like a serpent. He could feel Waythe urging him to slaughter the assembled giants below and Kahru was ready, as soon as the Colonel gave the signal.

"Does the squire have a bow?" he whispered "he can provide cover, overwatch" - Kahru would give his own hand bow if need be. "and leave the bear to me, perhaps I can turn it to our side"

Donnell did have a bow, but it would be impossible to fire into the smoke-hole without standing on its stone rim, which would be precarious, have a limited range of sight, and be within full view of the watchtower. Donnell was relieved (and more than a little impressed) when Kaligan offered to jump down, unaided by the Colonel's winds.

The plan set, the group put it into action. 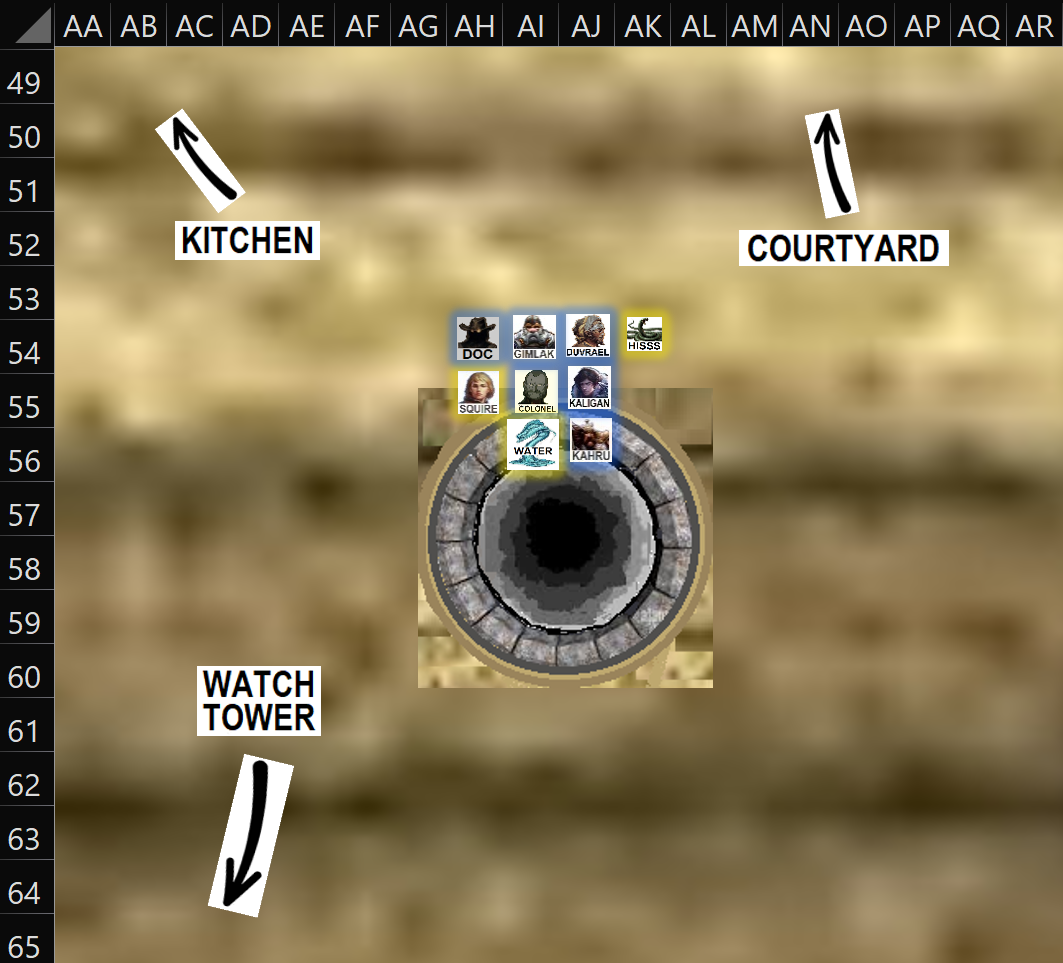 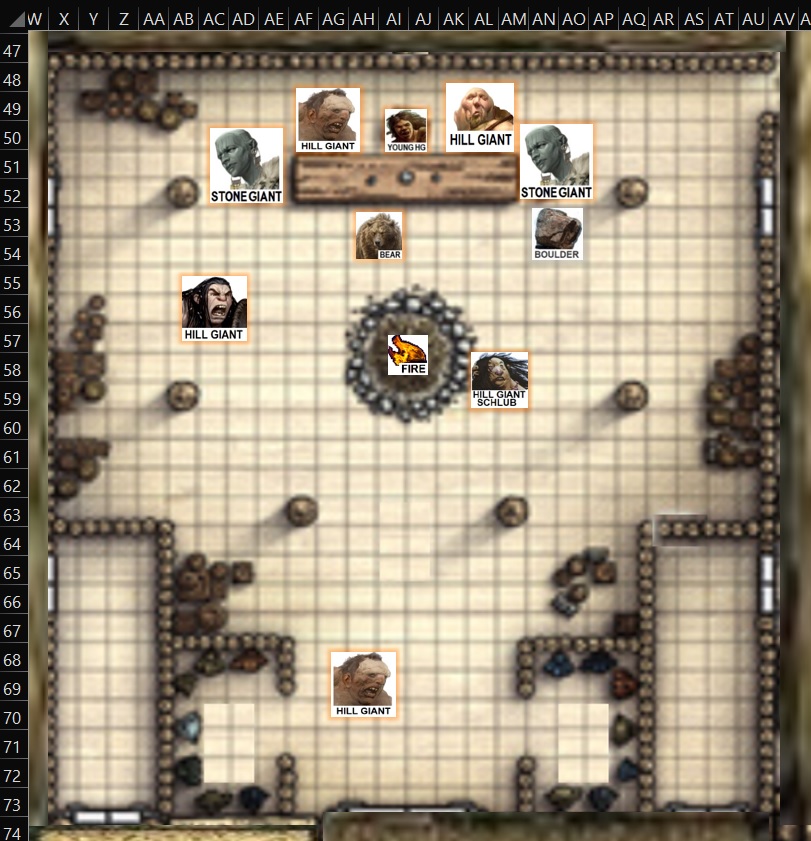 Gimlak steps on his dwarven ego and telepathically asks for help to go over the smoke hole since he is not the best climber. As they prepare themselves to go in, Gimlak is ready to telekinetically move any ally away from the fire as they fall

Doc has been listening to the plan, but as soon as the countdown reaches zero he jumps down in the hole. He reckons the Sheriff has waited long enough. As he falls lightly toward the bottom, he calls forth an older soul trapped within him who died in a circus to help guide him to safety.

As he hits the ground, he rolls and strides forward from the smoke, concentrating his ire and wrath upon the stunned expression of the tall rustler he first sees while firing a full volley.

with the twin water snakes splashing down into the fire, and the colonel granting his light touch, Kahru followed, riding the updrafts like he was still in eagle-form down into the great hall.
Waythe was urging him to strike down the giants, but the druid had seen the bear earlier and was compelled to protect it. So as he came to the ground Kahru snatched a morsel of food from his belt and tossed it to the bear, seeking to convince the beast that the newcomers meant it no harm, “I am Storm-Bear” he said in the druids cant “we are Friends, but now go from this place in peace”

As Gimlak slowly falls down, his anger rises at the thought of his brethren being enslaved. He looks towards the table and warps reality affecting all the nearby minds.

He then asks the starspawn outside telepathically Do any ennemy outside know where you are and is any of them heading towards the room?