"Why are we running inside into the complete unknown?" Escella says to Vairar. "What happens if we need to run out and these worgs are hanging around the door?"

Vairar frowns
"Because the door is a defensible choke point. And nothing is attacking from the inside. Besides, if we didn't want to enter, why did we force the door. Now that the noise happened, we need to establish a secure room before something breaks in from the other side."

Lunn returns with his hand axe at the ready.
"Calm, elf, we'll live through this if we work together. Which isn't something this group does really, but if it did..."
Raising his voice a bit
"Tommi, Grottur! Get back here! You're out of easy support range!"

"Nothing is attacking inside, yet," Escella corrects.

jmucchiello said:
"Nothing is attacking inside, yet," Escella corrects.
Click to expand...

Vairar nods
"Right! My point exactly! We need to get there and secure the room rather than be caught in the open or in the transition!"

"Or we secure our backs before going into the unknown," Escella says. "Right now, we can retreat entirely from this location. Once we go inside, if there is no escape route, we are trapped and must fight. Going inside while the exit is compromised is foolish. We stay here and defeat the worgs. If we can't defeat a couple big silly dogs. What are we doing going into the unknown? I'm certain whatever is in there is more dangerous than what's out here. And if we need to retreat from it, injured and exhausted, these silly dogs will be able to tear us apart. Secure your back before moving forward. The worgs will be at our backs once we go inside."

"Both of you right. But if dogs are silly they are not threat. And no threat for the group. But we're constantly splitting. And the tribe split is tribe defeated."

Lunn waits for Tommi to rejoin them
"By waiting outside we're giving those inside time to set or activate traps and prepare ambushes."

"They are silly now while we are fresh," Escella says. "They won't be silly if we are desperate to escape. And no one is stopping you from going inside. Maybe whatever's inside can be provoked into coming outside to an ambush."

jmucchiello said:
What actions are we waiting on?
Click to expand...

As the others argued, Tommi, Grottur, and Oh-Six retreated, with the young man flinging a rock at the remaining visible hyena-creature. The beast took cover behind a tree, and began to taunt the Daggerfordians.

"Ya made a mistake comin' here" it said in a snarl marked by the occasional high-pitched yips, "Ya may think yer tough, killin' me pack-mates, but that ain't nothin'. Shabraga will bring 'em back. And ye'll be just as dead. Ya can't even find yer way through the door. Yer no match for this pack. No match at all." 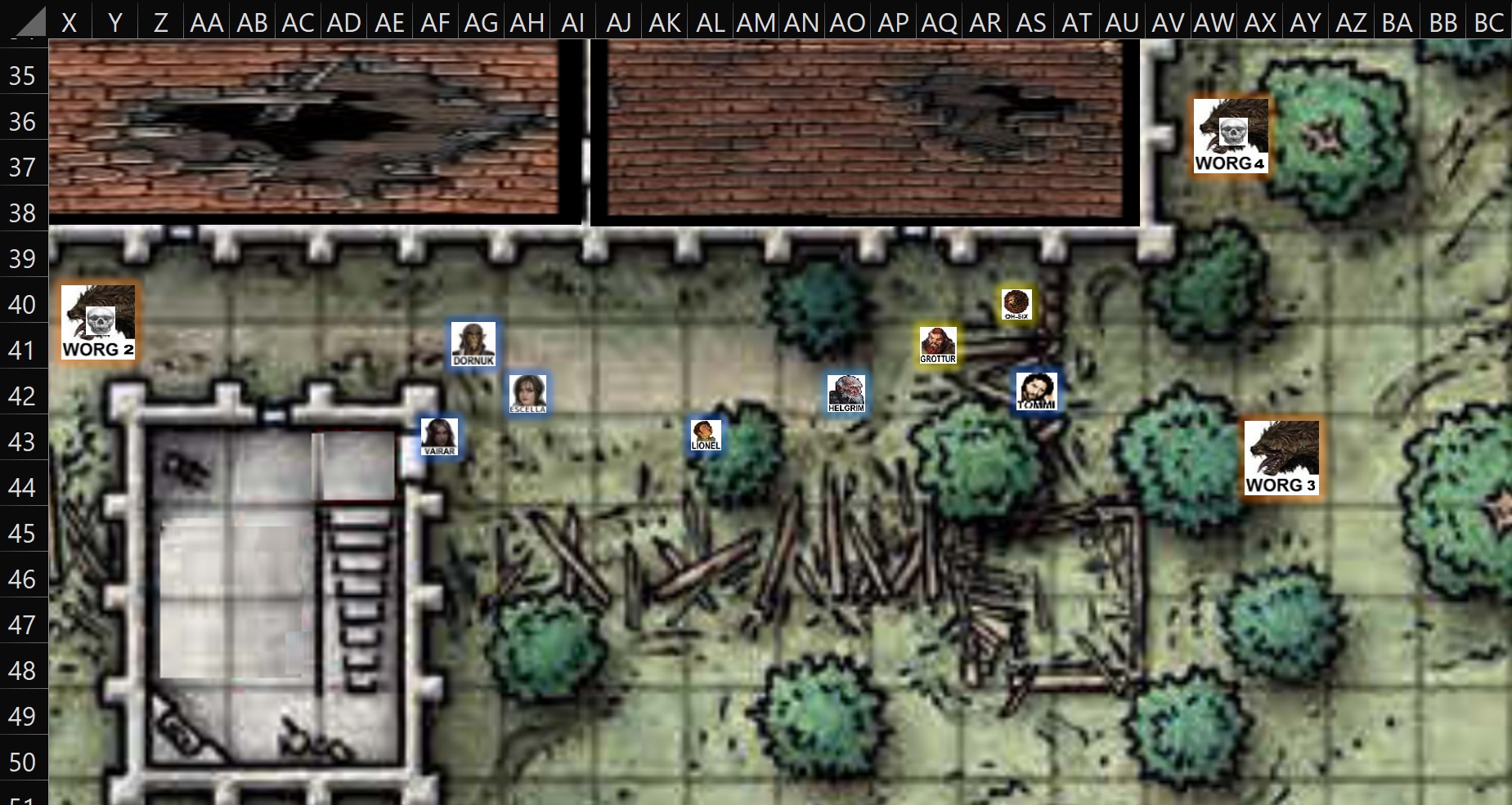 "Do you have any other useful intel or should we just kill you too?"

Escella sends two eldritch blasts at the hyena, and unless it's AC is 11, misses.

Supporter
His colleagues weren't retreating, and Escella's blasts were going wild. Tommi had been prepared to take a stand, blocking the way so his colleagues could enter the building, but they did not seem interested in doing so.

The young man, Gutter in hand, strode towards the laughing creature, and with a quick slice cut it across its throat. Tommi saw Oh-Six whizzing by, offering distraction as he did so, but perhaps the others did not.

In any case, the spurt of blood gushed from the collapsing worg, its heat still pumping in rhythmical spurts.

Gutter hesitated to be withdrawn, but soon the rusty blade was back in Tommi's hand. He wiped it down, but somehow that only smeared the gore further, making it worse. He does not yet sheathe the weapon.

"Thanks, Oh-Six." he said. Then aloud: "There may be more about. Shall we go inside now?"

"Caution if fine. But losing advantage of speed or surprise sometimes can be more costly than leaving minor enemies behind. Don't let your intelligence blind you to the feeling, sensing of the turning tides of blood and battle. There is magic inside, it is calling."

Lunn looks into the room, checking the first step carefully since they encountered a trap already. Once he is satisfied that nothing will collapse, he commits his weight to the front foot and enters the building.

He nods approvingly as the lad kills of the remaining gnoll, then motions for them to rejoin the others.

"Gotta burn th' bodies," he says to everyone, hoping that prevents any necromantically inclined spellcaster from raising them again like the last enemy predicted.

"I agree with burning the bodies," Escella says. "We should thank that hyena for volunteering so much info."

Supporter
"Burning bodies will send a trail of smoke into the sky, alerting all that we are here," says Tommi. "And it will take time. I suggest we leave the go inside. I'll lead the way," he says, resignedly.

Tommi heads for the door, and enters.

Wednesday at 8:59 AM
gnarlygninja
G