Tellerian Hawke said:
@Knightfall Oh ok, those doors were hard to see, but I see 'em now. Related topic: Do you agree with my analysis that the narrow hallway is roughly 1.5 squares wide, as opposed to the normal hallway width of 2 squares? (See spoiler for picture)

Okay, I have this sense you're trying to convince me that the choke point is wide enough that Tim shouldn't have to squeeze through. For now, he's not in combat, so it doesn't really matter. However, if combat breaks out and he has to go back through the choke point, you will have to use the squeezing rules.

I looked them up specifically to try to figure out if he would have to or not using tactical movement, so I'm certain if the smaller area that Tim is occupying isn't as wide as the normal space (not the size of the token) he takes up during combat, he has to squeeze through. Remember that for combat purposes, the space a character takes up is defined as "the amount of floor space a creature requires to fight effectively" (PHB, p. 312).

Tim's not in combat right now, so don't worry about it if he doesn't have enough movement to get him to where you want to put him if there was combat. We'll only worry about it IF I call for an initiative roll. ;D

Now that I have a clear idea of what's going on (I admit, I was a bit confused at first) I propose that everyone spread out into the narrow hallway (after having Tuck check for traps of course) and let Tim stay in the landing area, and open one of the doors (you guys can choose which one); that way, danger comes to the tank of the party, and not the squishies

@Knightfall Not trying to convince you of NO squeezing, just hoping for a reduced penalty lol

Tellerian Hawke said:
@JustinCase Is the door with the (possible) giant spider the one directly to our South? Or is somewhere else? I am confused.
Click to expand...


Yeah, I was confused too. But now we’ve got answers.

Tellerian Hawke said:
@Knightfall Not trying to convince you of NO squeezing, just hoping for a reduced penalty lol
Click to expand...

I'm going to have to say no, because I think there is a feat that does that for a character. I think it is called Close-Quarter Fighting. I have to check.

Hmm, there is this regional trait from the PFSRD that we could use if there is isn't something official for v.3.5. It reduces the penalties to -2. If I can't find an official trait or feat by the time Tim levels up, then I'll say Tim (or any of the other PCs) can take it.

I love that name!

It says trait, but I assume we can spend a feat to get it? Tim might not be able to take it for awhile, because I have his feats planned for the next few levels. But I think that makes sense; it won't be because of growing up in tunnels, it will be because eventually, he will have adventured enough in tunnels to grow accustomed to them.

Yeah, or we'll just turn it into a house rule feat. That might be the simplest thing if there isn't a v.3.5 equivalent.

Yes, I will do that right now.

Tunnel Fighting from Dungeonscape (p. 46) or Races of Stone (p. 145) is what you're looking for. All it requires is a BAB +1 and it's a Fighter Bonus Feat to boot. You take no penalty on your attack rolls or to AC when squeezing into or through a tight space.
Click to expand...

there is a pathfinder feat that allows you to take 2 traits, as traits are half-power feats in pathfinder. 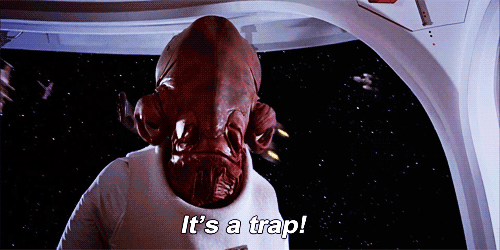 ScottDeWar_jr said:
is this the same as : ?

Note: I didn't want you guys to move all the way into the far room; just one or two squares into the narrow halway, just to give me enough room to fight once I open a door or two

FYI, I'll post again either later on tonight or early tomorrow. It's been crazy hot here over the three or four days, but there is finally some wind and rain and chance of thundershowers, so I'm relaxing a bit and enjoying my favorite type of Spring/Summer weather.

All the PCs and two NPCs are now in the dungeon under the Gate of Scales.

Knightfall, I hope you are able to get rest in the heat. IIRC, you do not have A/C because of the moderate temperatures normally year round.

ScottDeWar_jr said:
Knightfall, I hope you are able to get rest in the heat. IIRC, you do not have A/C because of the moderate temperatures normally year round.
Click to expand...

Today was a good day. The temperature has swung back down to reasonable. There was a lot of rain yesterday and it is cloudy and cool today.