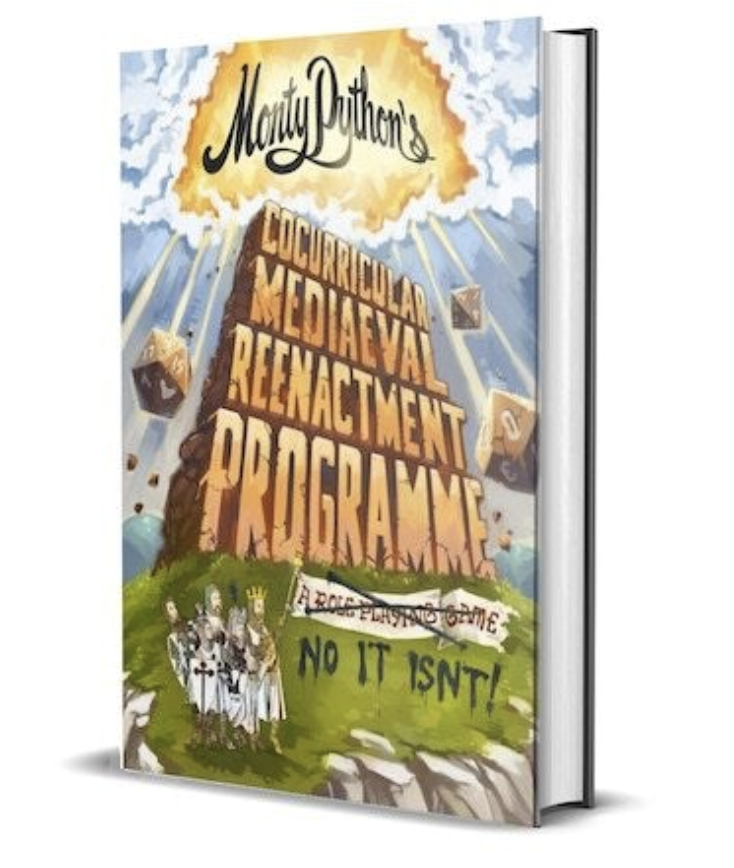 The game is a rules-lite system (with spam!) and, while set in mediaeval England, draws on Monty Python's entire catalogue. 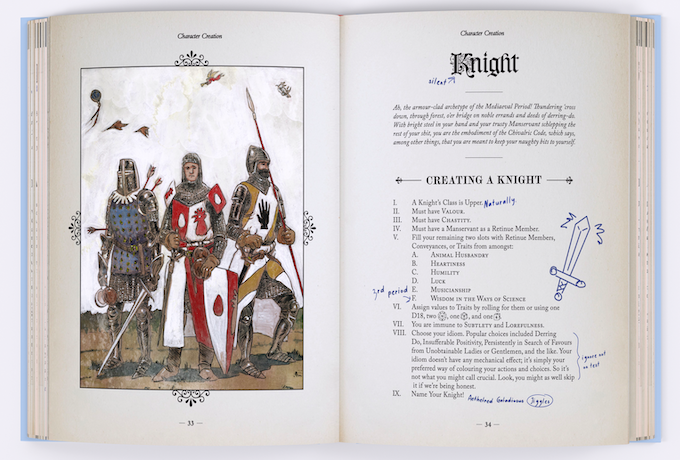 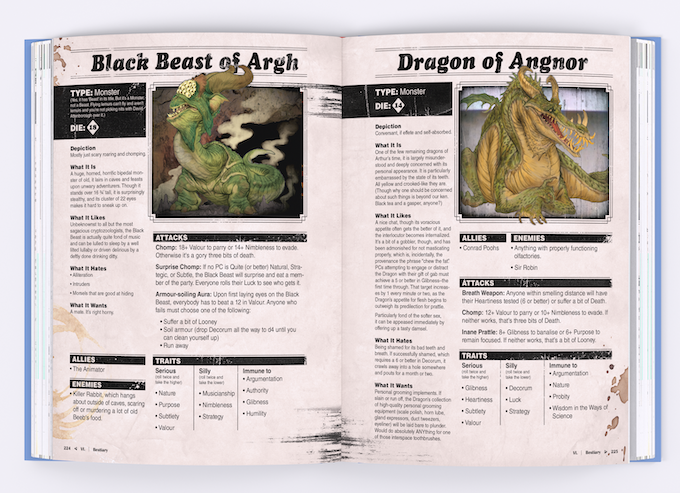 You can choose to play a Cleric, Enchanter, Hermit, Knight, Monarch, Monk/Nun, Ne’erdowell, Noble, Peasant, or Troubadour. You'll also have up to five Traits like Valour, Wisdom in the Ways of Science, and so on.

The Kickstarter has a high funding goal of $200k, which is made in the first hour. Currently it is racking up a thousand dollars every few seconds — chances are this might be a new million dollar campaign, after a lull in them these past few months.
Click to expand...

That is by far the funniest kickstarter description section I have ever seen!

Really don't like games that are supposed to be " funny".
BUT.
The description, as noted above, is actually very entertaining

It's funny how our word spam to describe unwanted mail or email came from a Monty Python sketch, so it was a natural seeing it in the description.

Even the tier level descriptions are awesome. If they had a "Moistened Bint" pledge level at $500 with a replica scimitar (err Excalibur), I would have done it in a heartbeat. As it stands, I will have to settle for being an Upper Class Twit (and part time Stock Broker).

I'll be very surprised if it doesn't end up joining the Million Dollar TTRPG Kickstarter Club by the end of the week.

That screen with the interchangeable HoLE heads.

I do like that the GM is called a HoLE.

John R Davis said:
I do like that the GM is called a HoLE.
Click to expand...

Though I do think they missed a trick by not calling the position the Assistant Head of Light Entertainment.

The designer has said in a few places that the game's meant to be far more than endless Python references. Knowing gamers, that won't matter.

CleverNickName said:
That said, I'm happy it's doing so well. It has reached $440K and 3,300 backers in less than 3 hours, which is pretty impressive.
Click to expand...

The Kickstarter went live at 7am PST. It's been up 3 hours 37 minutes as of this post.

John R Davis said:
Really don't like games that are supposed to be " funny".
BUT.
The description, as noted above, is actually very entertaining

I find funny games good for one shots. Played some Paranoia recently and we all laughed and laughed and had a blast. Then went back to more D&D (though some wanted to keep playing Paranoia). Probably pull out Paranoia again at some point for another laugh filled one shot. Same with Monty Python.

And you quote D&D while playing the MP RPG

Been waiting for this to start.
I just had to go with the Upper Class Twit Bundle. I must have the board and catapults lol

CleverNickName said:
I'll be very surprised if it doesn't end up joining the Million Dollar TTRPG Kickstarter Club by the end of the week.
Click to expand...

I will probably never play this game. I'm unlikely to even read it all the way through.

But I'm backer #20, and one of an ever-expanding roster of Upper Class Twits. I couldn't help it.

Supporter
Well poo. I had hoped to take a break from KS. The gods laugh at my puny plans.

Wow. It actually might bust a million before the first 24 hours.