I Wrote a Book: Falling Stars

This is a series of posts about taking the plunge into self-publishing on multiple platforms with different media, including books and comics, but it can equally apply to tabletop role-playing games. I published three books in 2010 (The Evolution of Fantasy Role-Playing Games), 2011 (The Well of Stars), and 2012 (Awfully Familiar) and produced a mobile comic (Legends) in 2008. In this article, I relaunch my second fantasy novel in the Furmiliar series, Slightly Furmiliar. You can read the full series here: 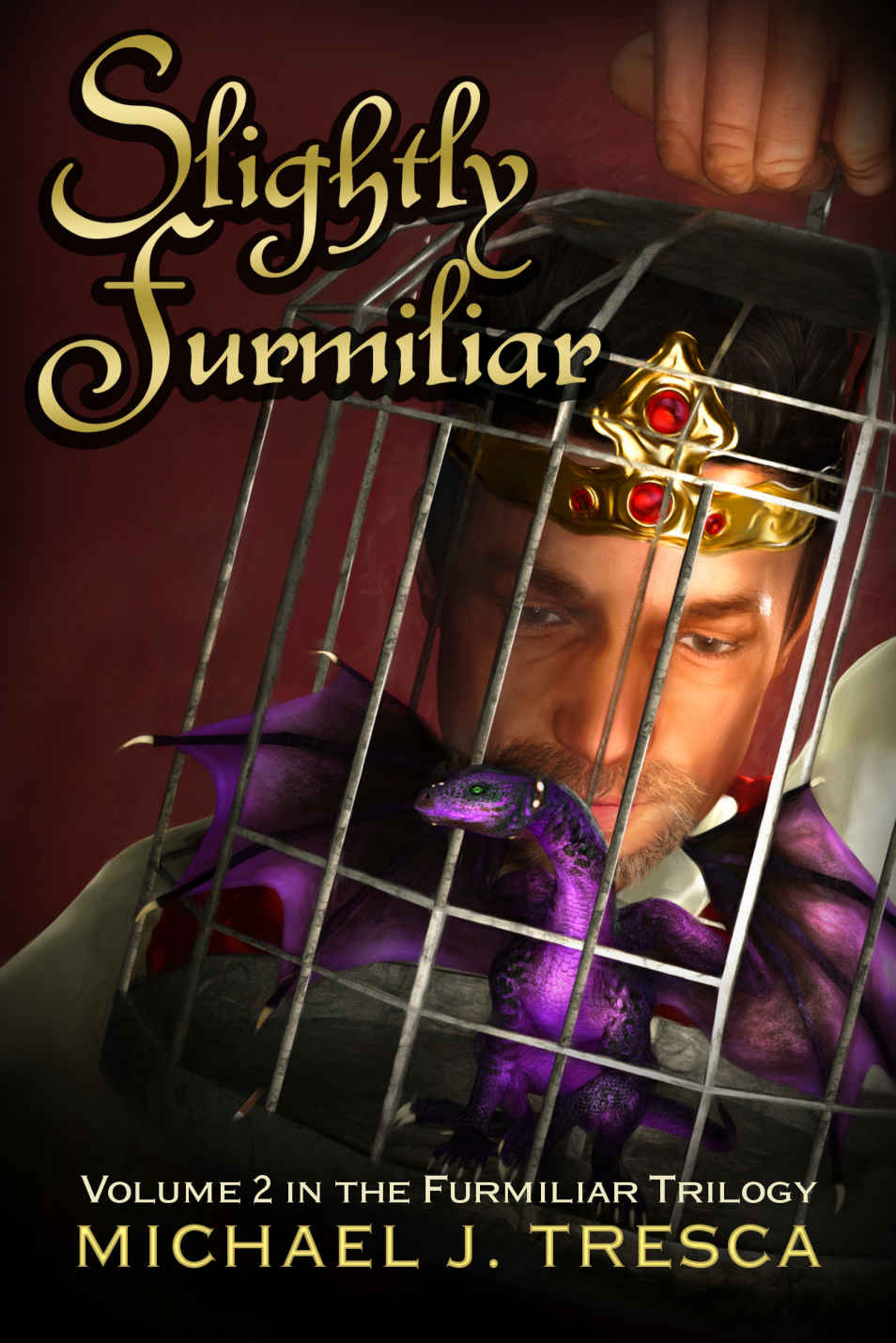 I mentioned previously that The Well of Stars was set in my Dungeons & Dragons campaign setting, but it's much more than that. It treats the adventures of my decade-long campaign as history for a new crop of heroes -- heroes that were drawn from my online adventures and inspired by players I gamed with on MUDs and MUSHs, including my wife. Unlike Awfully Familiar, which was a first-person narrative, The Well of Stars took a broadly comedic, third-person approach. It started out as a satirical take on The Lord of the Rings and turned into a semi-serious turning point for my campaign world. You can tell from the blurb:

What if the fuzzy little fat guy decided to keep the evil artifact instead of destroying it? What if the once noble human who tried to take it from him was unrepentantly evil? Filled with macabre humor, high sorcery, and a quest to save the world, The Well of Stars follows the adventures of three unlikely protagonists dragged into a plague-ridden war after the original heroes failed. It features a quirky necromanceress, a one-eyed prince with memory loss, a former opera-singer turned zombie, a snooty elf with terrible aim, an incomprehensible dwarf, a ranger who couldn't track his way out of a box, and snowboarding Eskimos. The Well of Stars is a uniquely humorous take on the tale that begins after the legend ends, when the world turns to second-string heroes for another chance at redemption.
Click to expand...

The whole description makes me cringe. Here's what I changed it to:

When a Tiny Dragon and an Emperor Engage in a Battle of Wits, Nobody Wins

When a talking pondscum dragon is summoned to the Emperor's court, he has no choice but to tell his side of the story. It's a tale that begins after the legend ends, when the world turned to second-string heroes for another chance at redemption: a quirky necromanceress, a one-eyed prince with memory loss, and an opera-singer turned zombie all came together to throw the Crown of Rule into the Well of Stars. But our narrators are not who they seem and it's up to the little dragon to set the record straight...even if it might kill him.
Click to expand...

Although the original marketing blurb doesn't hold up well now (and I wouldn't refer to the Inuit people as "Eskimos"), the plot is surprisingly relevant to modern fantasy. What George R.R. Martin's A Song of Fire and Ice series did so well was take common fantasy tropes and lay them out in an epic way that felt like it all belonged together. There are a lot of parallels: My story has a small dragon that grows into a huge fire-breathing beast, a reanimated dragon, an Army of the Dead led by an undead king from the polar regions, an ongoing conflict between the German-style military King of the North and a Roman-esque army to the South, fire sorcerers, kids who grow up to be killers...you get the picture. I'm no George, so it was clear that if I was going to relaunch The Well of Stars, it would need a lot of help.
[h=3]Revisiting a First[/h]Just like the publisher of Awfully Familiar, DarkQuest Books, Three Ravens Books went out of business. Unfortunately, my book disappeared with it, and I got back all the rights to it. I stopped receiving royalties from the book once the publisher went out of business, so I basically have a property that isn't making me any money.

The book needed a better hook besides "making fun of Lord of the Rings." I added a series of vignettes in which the story was told from the perspective of another familiar-type character, a pondscum dragon, and the Emperor from the first novel. Their battle of wits eventually reveals that neither is who they say they are, which is explored through the retelling of The Well of Stars plot.

Welstar evolved quite a bit since the first book, so it required considerably more updating. I also turned down the PG-13 content (there's some mild swearing and intimate situations), keeping it in line with the young adult -- if now slightly older -- audience of the first book.
[h=3]SEO Again[/h]I mentioned previously that "Awfully Familiar" is not a great search term to find my book, which means it is not Search Engine Optimized (SEO). "The Well of Stars" is worse. The words are common search terms that can be found when searching for "wells" or "stars." Even worse than that, The Well of Stars is the name of a much more popular sci-fi novel by Hugo award-nominated author Robert Reed. There's simply no way I can compete with that.

Renaming the book to fit in with the "Awfully Furmiliar" led to "Slightly Furmiliar." Yeah, the dragon isn't furry but he is slight, so I think it works well enough (however, another character IS furry...I won't give away who). 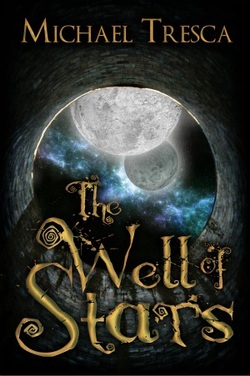 [h=3]That Cover[/h]Trying to come up with a cover by small press publishers is an art, literally and figuratively. Trying to show a well with stars in it made the novel look like science fiction; it also isn't particularly eye-catching as a small icon on an Amazon page (see above). I needed a new cover.

Up to this point I hadn't made a financial investment in my books; all the work on the first book was done by me or family members. But this book required a new cover that fit in with the series. I envisioned a similar appearance of a king holding up a cage with a small purple dragon in it, visually similar to the first book. To that end, I hired Cheriefox, who asked excellent questions and was reasonably-priced. You can see the new cover in the top image. 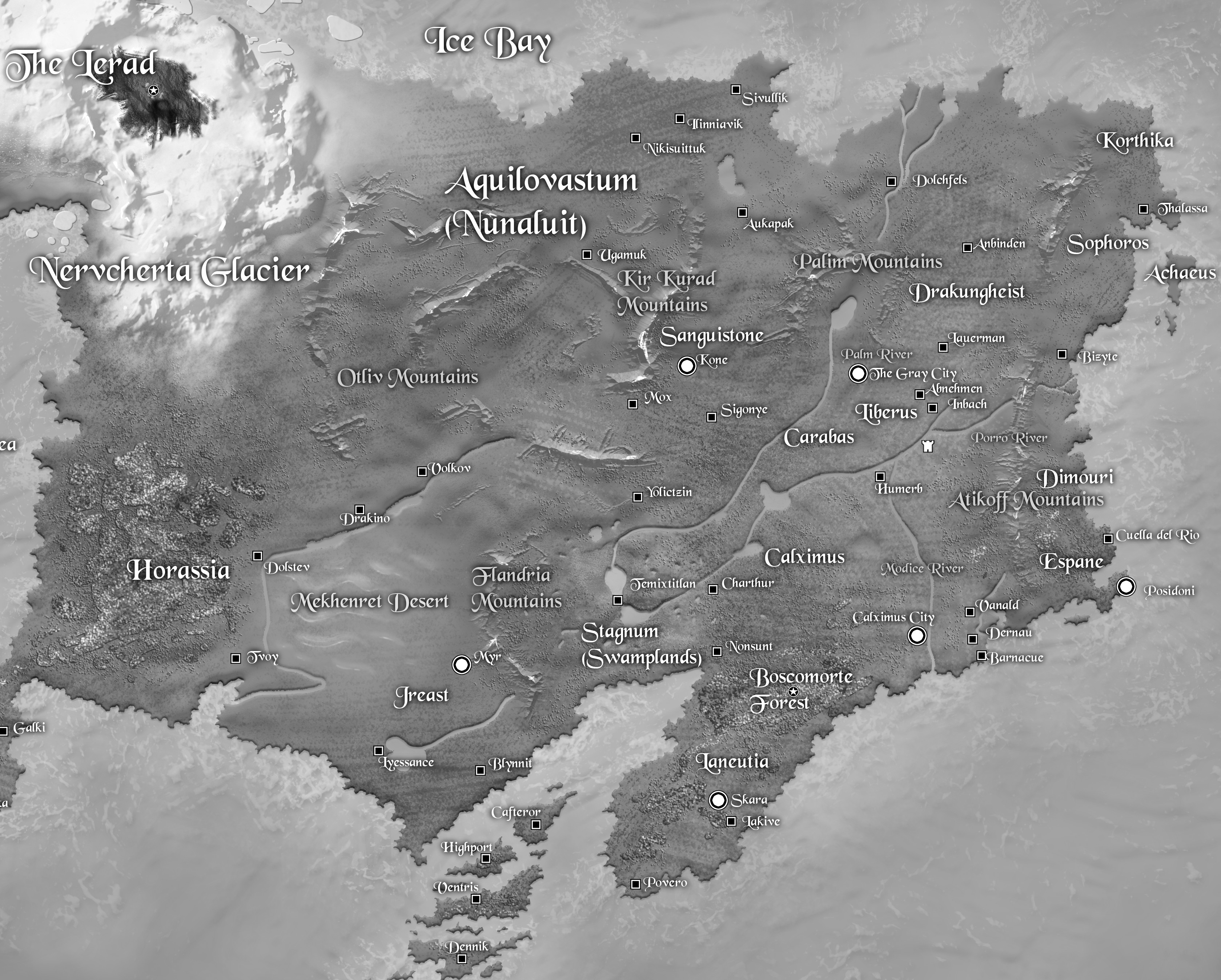 [h=3]A Map[/h]Awfully Furmiliar takes place primarily in Stromgate and slightly further north in the March of Carabas. Given that the main character is a rat, he doesn't travel very far. The Well of Stars is a much broader scope, and encompasses multiple nations. I realized I needed a map to explain it all.

This map will serve multiple purposes. One of my goals last year was what I call the Welstarian Grand Unification Project (WGUP), which was to unify all my efforts so that my fiction and adventure writing all took place in the same world. This saves tremendously on time as research I applied to my D&D campaign later informed my fiction. I needed a cartographer who could help me take four decades of hastily-scribbled maps and make sense of it. I chose Sotek_97 after bidding the map out to over a dozen cartographers. Sotek went out of his way to provide a draft of my world map before I even hired him. Once the map is done, I plan to insert it into all three books.

As an aside, the work relationships I established with these two pros will pay dividends for me and them in future role-playing game projects. I plan to employ them for future covers and maps.

The Well of Stars was the first fiction book I wrote (even though it takes place chronologically after Slightly Furmiliar) so it required a lot more cleaning up to make it part of the trilogy. Fortunately, my wife gave it an editing pass and I was able to use the same templates I used for Awfully Furmiliar to create Slightly Furmiliar. The price point is the same for a digital book ($2.99) but the print copy is slightly more expensive as this is the middle of a trilogy at $11.99.

Slightly Furmiliar resurrected a property that I've been itching to fix for years; it also lays the ground work for my most ambitious project yet...the last book in the series, Unfurmiliar, which we'll explore in the next article.