Paramount has announced the title of March 3rd, 2023's Dungeon's & Dragons movie -- and it's HONOR AMONG THIEVES!

The cast includes some Hollywood heavyweights -- Chris Pine, Rege Jean Page, Michelle Rodriguez, Hugh Grant, and others. The release date was announced back in August:

Starring Chris Pine in the leading role, Paramount’s upcoming action fantasy movie officially began filming on April 29, with the cast and crew of around 60-70 people. The movie was also filmed reportedly in Iceland for a week or two.

The film stars Chris Pine, Michelle Rodriguez, Regé-Jean Page, Justice Smith, Hugh Grant, Chloe Coleman, Jason Wong, Daisy Head, and Sophia Lillis. Regé-Jean Page is known for Shonda Rhimes’s wildly popular Bridgerton on Netflix, the actor wrapped his part in the first week of August. In December 2020, Chris Pine was cast to star in the film, he is reportedly getting $11.5 Million to star in this film. Michelle Rodriguez, Regé-Jean Page, Justice Smith, Hugh Grant, and Sophia Lillis joined the cast in the following months, with Grant cast as the antagonist, Forge Fletcher, and Lillis as Doric. My Spy star Chloe Coleman along with Jason Wong and Daisy Head also joined the ensemble cast. Wong is playing Dralas.

Dungeons & Dragons is a leading fantasy entertainment franchise, fueled by the imagination of storytellers around the world. More than 40 million fans have interacted with or played D&D since it was first published 46 years ago. 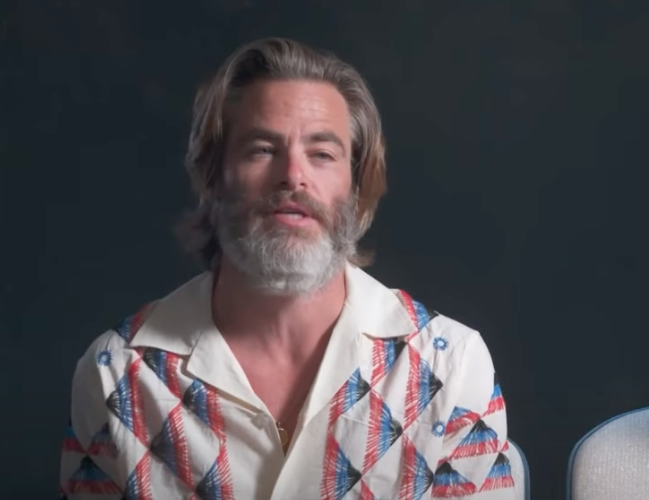 Chris Pine, who stars in the upcoming (March 2023) Dungeons & Dragons movie has spoken about the film's influences in an interview with Collider (video below), describing it as 'poppy' and 'eighties heartfelt'. “Oh man. Well, what I will say is we had a hell of a fun time making it. There was a...

Heilemann said:
My argument isn’t that LotR couldn’t make a good TV show, I think it could. But rather than the poster I replied to using the film as an argument that it should have been a TV show, which makes no sense to me. And that by that logic e.g. BttF would likewise make for a great TV show.

Yes, long, detailed stories have time to breathe in the show format more so than in the film format. I would love to see LotR adapted for TV (by the right people etc).

My point is that film is not a great medium for dense novelistic stories in general, bit for short stories (see also, most non-Fantasy novel adaptations versus short story adaptations ever made). Lord of the Rings managed to make it work, barely, by basically breaking the medium (the most accuracies of the Return if the King: "there's no good place to leave and use the bathroom").

That's why it hasn't really been followed up by a huge number of other big screen fantasy novel adaptations, but we are starting to see some action on the small screen.

Honor Among Thieves has the advantage that there is no novel to adapt, and is free to tell a pretty straightforward action story.

Is there any information on whether this will be a limited release or a full release?

wellis said:
Is there any information on whether this will be a limited release or a full release?
Click to expand...

Was there any leak of the footage showed during CinemaCon's Paramount Pictures presentation by now? I can't find anything online.

I'd say there is a good chance that footage will find its way into a teaser trailer that plays with Thor in a few weeks as they have similar audience demographics.

OB1 said:
I'd say there is a good chance that footage will find its way into a teaser trailer that plays with Thor in a few weeks as they have similar audience demographics.
Click to expand...

Oh, yeah, I expect we will start seeing actual ads soon enough. But that promo footage has stayed under wraps so far.

D&D 5E - Dungeons & Dragons: Honor Among Thieves will kick off this year's SDCC!

From IGN IGN can exclusively reveal that Paramount Pictures and eOne are bringing their upcoming film Dungeons & Dragons: Honor Among Thieves to San Diego Comic-Con 2022. In addition to a star-studded Hall H panel, attendees will be able to enjoy a Tavern Experience immersing them in the...

He has some good credits.