D&D 5E The Official 5E Version Of Doctor Who Is Coming In Just 2 Weeks!

In two weeks (or back in 2022 depending where in space and time you are right now) Cubicle 7 will be launching DOCTORS & DALEKS, the 5E version of its popular Doctor Who: Adventures in Time & Space tabletop RPG which has been in production for over a decade. 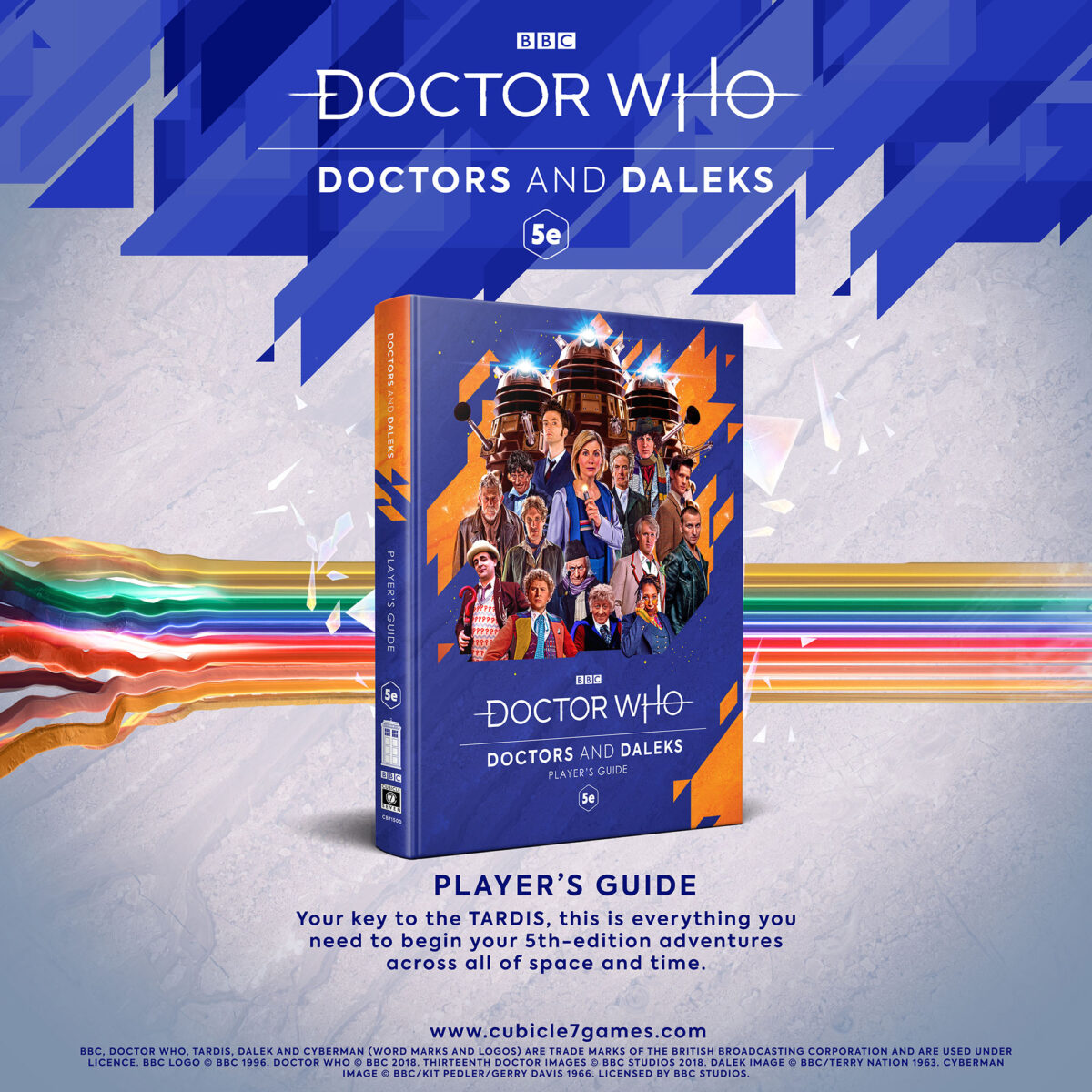 The game launches on Tuesday, July 19th with the Doctors and Daleks Player’s Guide.

Cubicle 7 has been producing the official Doctor Who RPG since 2009, with over 20 books. A second edition launched last year. This new edition is the D&D 5E edition, and was first announced back in February. 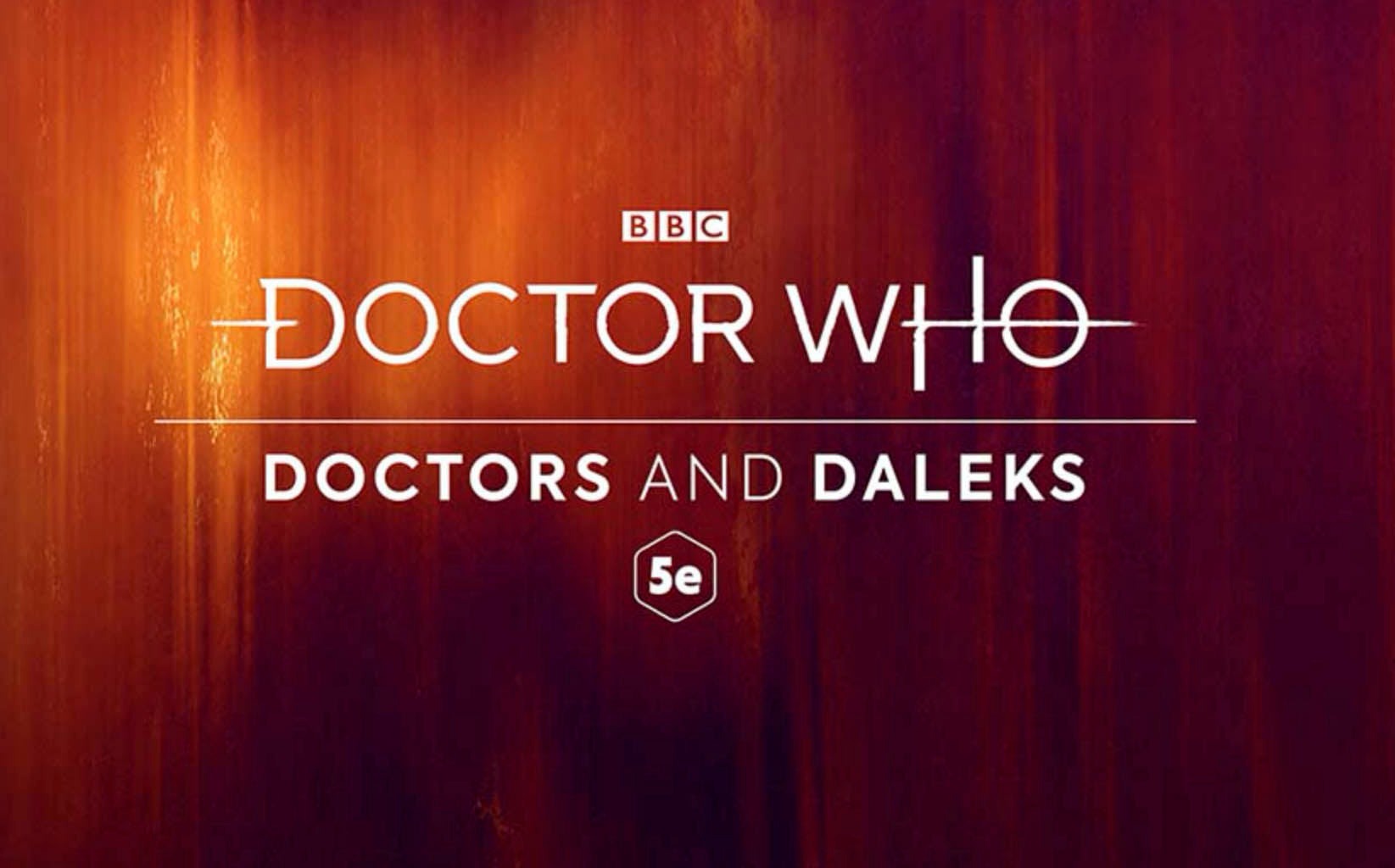 A New Way to Adventure through all of Space and Time

The first book, the Doctors and Daleks Players Guide, brings you everything you need to get started with your adventures in Space and Time!

The Doctors and Daleks Player’s Guide will be followed by the Alien Archive, a dedicated catalogue of some of the Doctor’s most notorious foes, presenting dozens of recognisable aliens from the series for the players to add to their games.

Alongside these, The Keys of Scaravore is an epic adventure for levels 1-5, that leads the characters to the Wild West and distant worlds, encountering Draconians, Silurians, Zygons, and more, before finally facing the terrifying Scaravore itself. 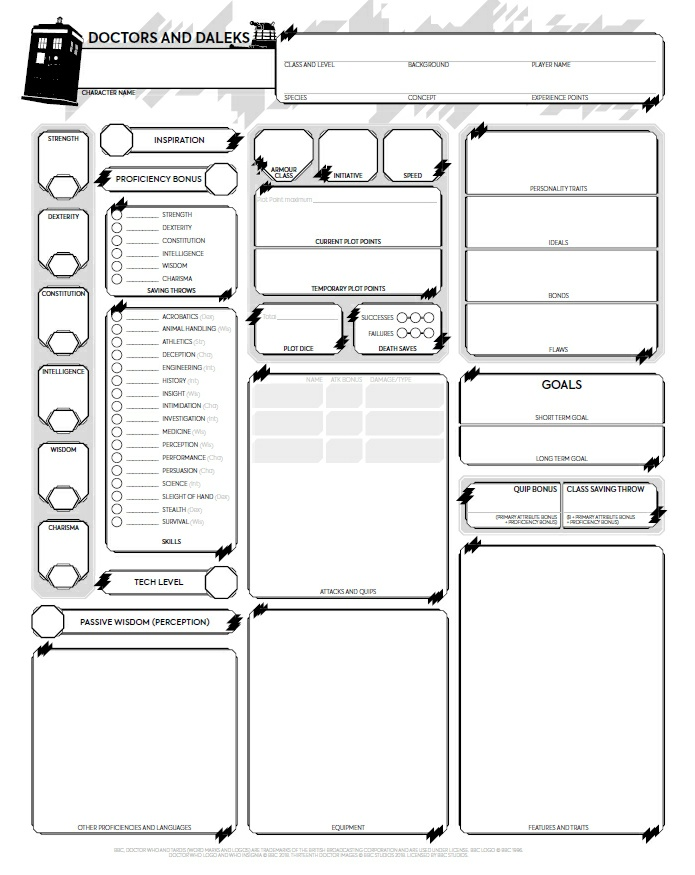 Just came across this unexpected reference in a Doctor Who novel I'm reading (First Frontier), and it seemed appropriate. The Doctor is opening a hidden safe in someone's office...

Inside, several small pouches and boxes sat atop a heavy wad of paper... Frowning, he hefted a small velvet pouch whose contents rattled sharply. 'Can't be a dice bag; he doesn't look the Dungeons and Dragons type.'
Click to expand...


So there we are - the Doctor is familiar with D&D.