D&D 5E What is the best class for a single class only campaign?

Charlaquin said:
I went with rogue, but not for any mechanical reason. Rather, I think an all-rogue party has the clearest and most cohesive theme and campaign direction.
Click to expand...

Now, if the rules are a bit more flexible - you have to pick "rogue-ish" characters - so you have one dex-built fighter with the criminal background, a cleric of trickery domain, etc... it's a banger of a party

I think it depends upon what sort of campaign you want to run. A group of paladins could be aspirant Knights of the Round Table, for instance. A group of fighters or barbarians could be a warband.

Ancalagon said:
Now, if the rules are a bit more flexible - you have to pick "rogue-ish" characters - so you have one dex-built fighter with the criminal background, a cleric of trickery domain, etc... it's a banger of a party
Click to expand...

Yes! Parties based around a theme can be tons of fun. And I think that's a more intuitive way to think about a party than one built around a "meta" characteristic like class.

I say Ranger since everyone can specialize in a different type of enemy and the campaign can cycle through those, until the last act, when a coalition of various monster types forms to finally stop this band of rampaging rangers.

I voted bard, but also think that a theme would be better and have all, fighters say, and they be part of a group to save the realm. They can always pick up some sidekicks/henchmen to fill any roles, but you may want to get away from this to prevent the sidekick from being the 'PC" the player wanted and the fighter being played more like the henchman.

J.Quondam said:
Yes! Parties based around a theme can be tons of fun. And I think that's a more intuitive way to think about a party than one built around a "meta" characteristic like class.
Click to expand...

The two aren't mutually exclusive. In the Harry Potter books, the party's theme and class are both "wizard."

To me mechanically you need
I see seven classes in the running: Artificer, Bard, Cleric, Druid, Paladin, Ranger, Warlock. Clerics could do the job - but I'd find the mass healing to be a miserable experience, with druids not being much better. And for all I love the artificer I don't expect them to stack that well as their infusions will seriously overlap and not in fun ways. More damage is always good and all stealth is good - but More Mayonnaise is just running a joke into the ground.

3: Band on the Run. Thematically awesome - but the bard is not a simple class and not everyone wants to juggle that many spells.

2: Warlocks Anonymous. Thematically great, simpler to juggle than bards, and everyone's a different form of twisted.

1: The Company of Rangers. A surprise entry - but on thinking about it they have everything I want. Strong theming but not too much. Strong DPR with some healing to back it without being overhealing. Decent melee and range. The possibility for an all stealth party. Strong subclasses with significant variety. You've the Fey Wanderer as a face, and plenty of ways of roguery.

This surprised me a lot; I really was expecting either Bard or Warlock

Interesting, I think Rogue would be the best considering the variety of builds and subclasses available. I think Cleric and Bard would be the next two.

I am also surprised that Paladin is as high as it is. I think I would put Paladin dead last.

Here is who I would want:
1: hexblood arcane trickster (AT for shield/absorb elements), tavern brawler, grappler, medium armor, fighter adept (unarmed fighting). 18str/14con/14Dex (level 12) half-plate, expertise in athletics, acrobatics, perception, stealth, green flame blade, lots of oil. Turn 1 hex and GFB attack (hopefully SA). round 2 hit with oil vial (improvosed weapon) and bonus action grapple. Round 3+ GFB with advantage (burning oil in process). Alternate option is shadowblade when not using oil. Also have a mage hand to put oil on other enemies as a BA while one enemy is grappled. Expertise in stealth largely counters disadvantage due to armor.

2. Human arcane trickster: fey touched, shadow touched, magic adept (guidance, healing word, spare the dying), ASI-intelligence 20 int/16 dex (level 12). This guy actually makes crown of madness usefull by casting it on the guy player #1 has grappled. Best part is he can't break the grapple because he uses his action to attack one of his allies every turn. uses missiles or a rapier/BB when not spell casting. expertise Arcana, Investigation, perception, history.

3. Wood Elf scout: sharpshooter, ASI, elven accuracy, piercer. Expertise stealth, perception, insight, animal handling, nature, survival. This is a ranged attacker who is also your scout and your guide. 20 dex at level 8. You want sharpshooter for the bonus to range and ignoring cover

I'm surprised that there's so few votes for fighters. Their super flexibility and staying power in a campaign that allows feats is really powerful and allows for a lot of different concept.

I voted for warlock. The darkness /devil sight combo for a whole crew is pretty sweet. Toss in multiple cloud of daggers spells for some epic ping pong damage via eldritch blast with forced movement.

I voted cleric as a well built one has all bases covered.

Divine soul, Bards and Divine Souls would be next.

Clerics - an order of templars! 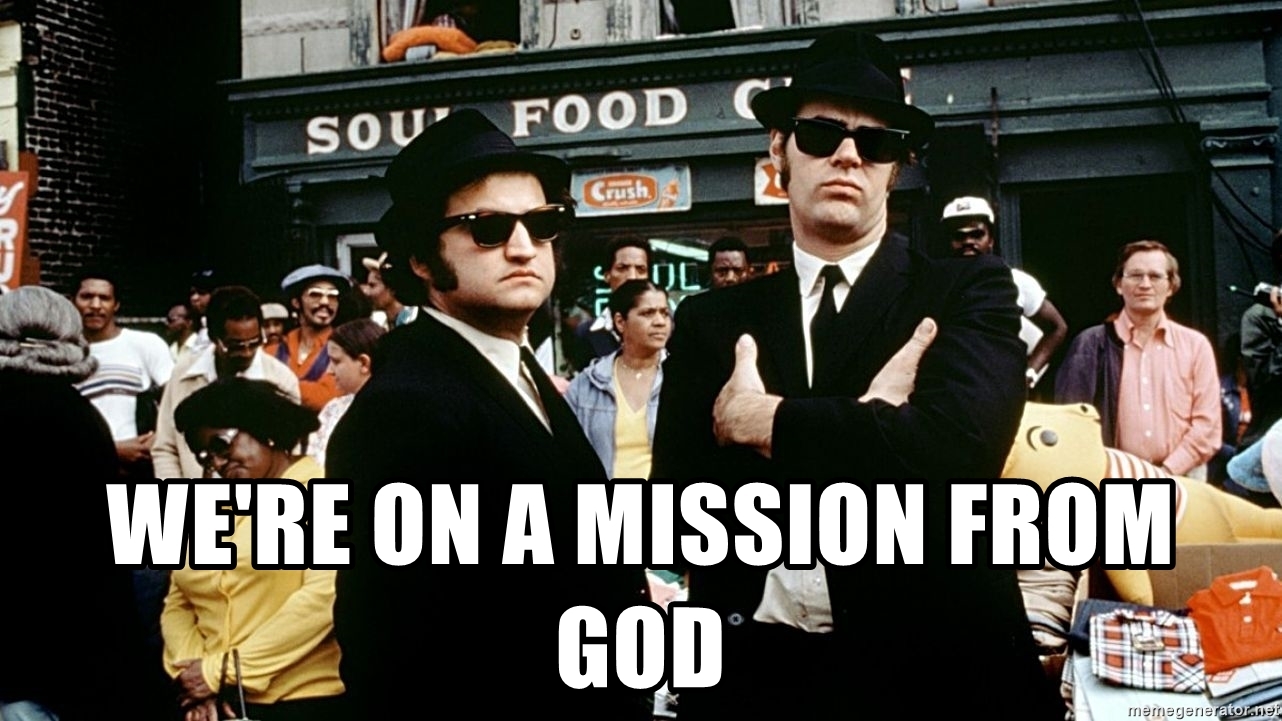 Oofta said:
Wizards would probably be the most difficult, at least sorcerers have divine soul.
Click to expand...

I think a party of wizards would be substantially easier to play than a party of Paladins, and with the bladesinger subclass easier than Sorcerers too (a sorcerer party would be better than Paladin IMO).

Divine soul is great, but healing magic is not strictly necessary and things like spare the dying and healing word are available through a feat.

vincegetorix said:
I'm surprised that there's so few votes for fighters. Their super flexibility and staying power in a campaign that allows feats is really powerful and allows for a lot of different concept.

One nice thing about fighters (and the other noncasters) is that you have some stat freedom to have Intelligence or Wisdom or Charisma as a secondary stat for skills, and gives you a little more diversity in characterizations.

Oofta said:
A lot of it depends on how you run your games and what type of campaign it will be. Rogues for an urban campaign with a lot of skill based challenges could be difficult to balance, a thief's fast hands and healer feat can heal people with a bonus action. Do you run 2-3 encounters per long rest or a dozen? It's going to make a big difference.
Click to expand...

Yea, it would definitely be a case where I plan the campaign around the class the party picks. A campaign that works well for all rogues would be very different than for one with all paladins.

Due to the sheer number of domains, Cleric stands far above all other options, and so far the poll shows this. I don't agree about the Bard being 2nd best, a s they don't have many (if any) good DPR builds. I've seen Wizard work, and having a lot of sub-classes helps keep the variety. Tanks are hard to do, but dwarves and bladesingers help in this regard. In all three cases, the party has to carefully balance their spells, since working off only cantrips will likely lead to a TPK.

Non-full casters are going to struggle, since there's almost no healing and crowd control. Paladin and Ranger could add some, but they lack versatility. Warlock might work... if the party can take a short rest after every other battle minimum (variety is still a bit of an issue). I know nothing of Artificer, so I don't know.

Supporter
The game we're starting next is kind of the opposite... At the end of the last one, the characters saved all of the gods (ascended mortals, something the world's clergy didn't know) from being captives of the Ilithid... saved them by letting them die. The next one will use new characters who were clerics or paladins when all the divine power went away. So, Cleric (or Paladin) 2/Something else 1 with no cleric spells or powers. I tried to get everyone to choose bard for the Something else, but they wouldn't bite.

TwoSix said:
Vote as per the title.

1) 5 player characters in the campaign.
2) The bulk of the game will be Tier 2-Tier 3.
3) Feats Yes, multiclassing No. (No dips!)
4) Assume you're trying to strike a balance between these goals:
a) Diversity in character concepts and builds.
b) Overall group effectiveness.
c) Shared class synergy (wizards sharing spells, druids being able to group wildshape, mass first round fighter action surge, etc.)

No consideration for it being an interesting story, though, which is why we get checks notes an all-cleric campaign.

If you're going with a campaign that would actually be interesting, all-rogue, all-bard or even all-monk would be a lot better.

I have a hard time picturing anyone playing more than one or two sessions of an all-cleric or all-artificer campaign.

Here is how I would do a party of wizards:

D&D General On Powerful Classes, 1e, and why the Original Gygaxian Gatekeeping Failed
5 6 7 8 9

D&D 5E 5e Psionics Handbook: What would it look like?
2