Click here to view article text
It's no surprise that D&D is the most played game on Fantasy Grounds, seeing as the virtual tabletop platform is the officially licensed VTT for the game. However, it can be interesting looking at the stats for all the other games. Smiteworks has sent along a couple of charts showing the games played on their platform throughout the whole of 2015. That included 136,000 D&D 5th Edition games. Below is the breakdown of the top 25 most popular games. Smiteworks' Doug Davison notes that there were many other games played, but they came to less than 1% in total. Of note following D&D 5E were Pathfinder, D&D 3.5, Savage Worlds, and D&D 4E. In that top 5, only one game (Savage Worlds) is not a flavour of D&D in some way. 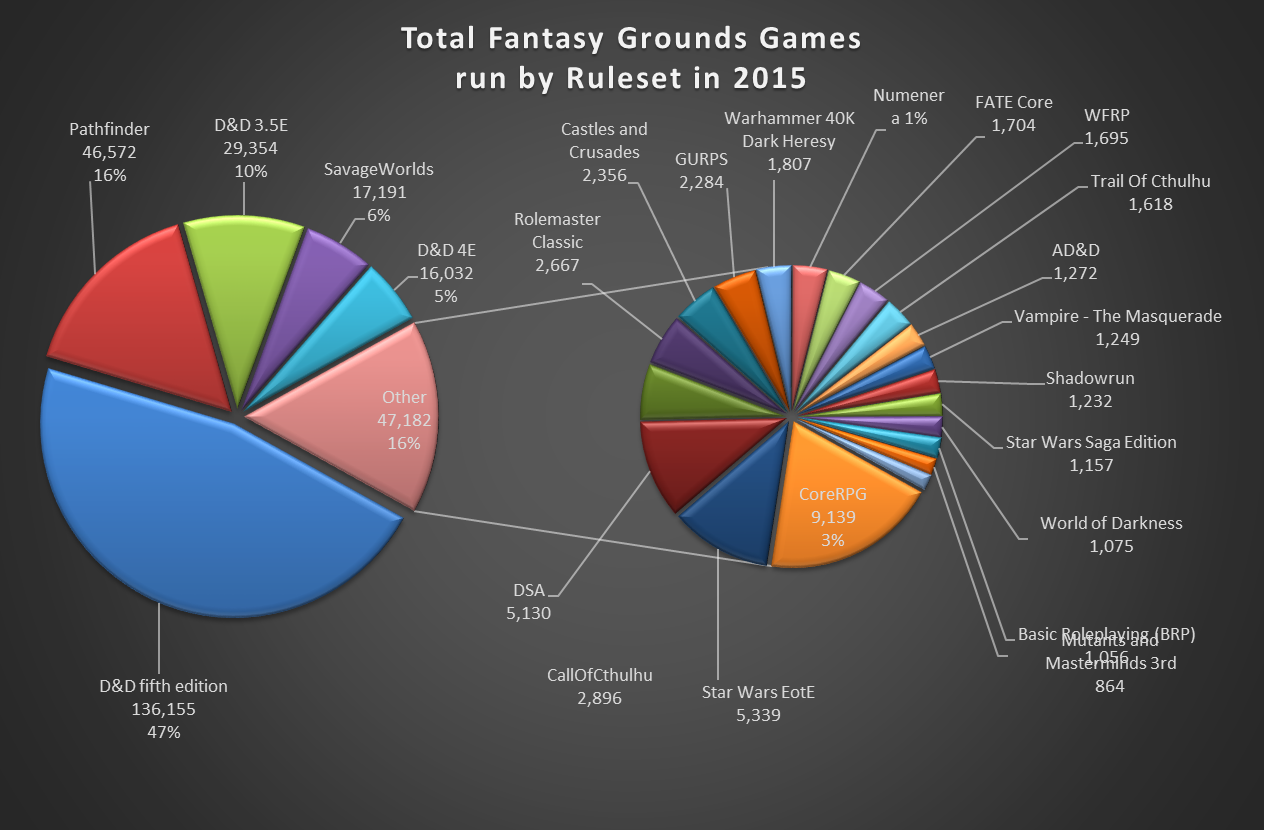 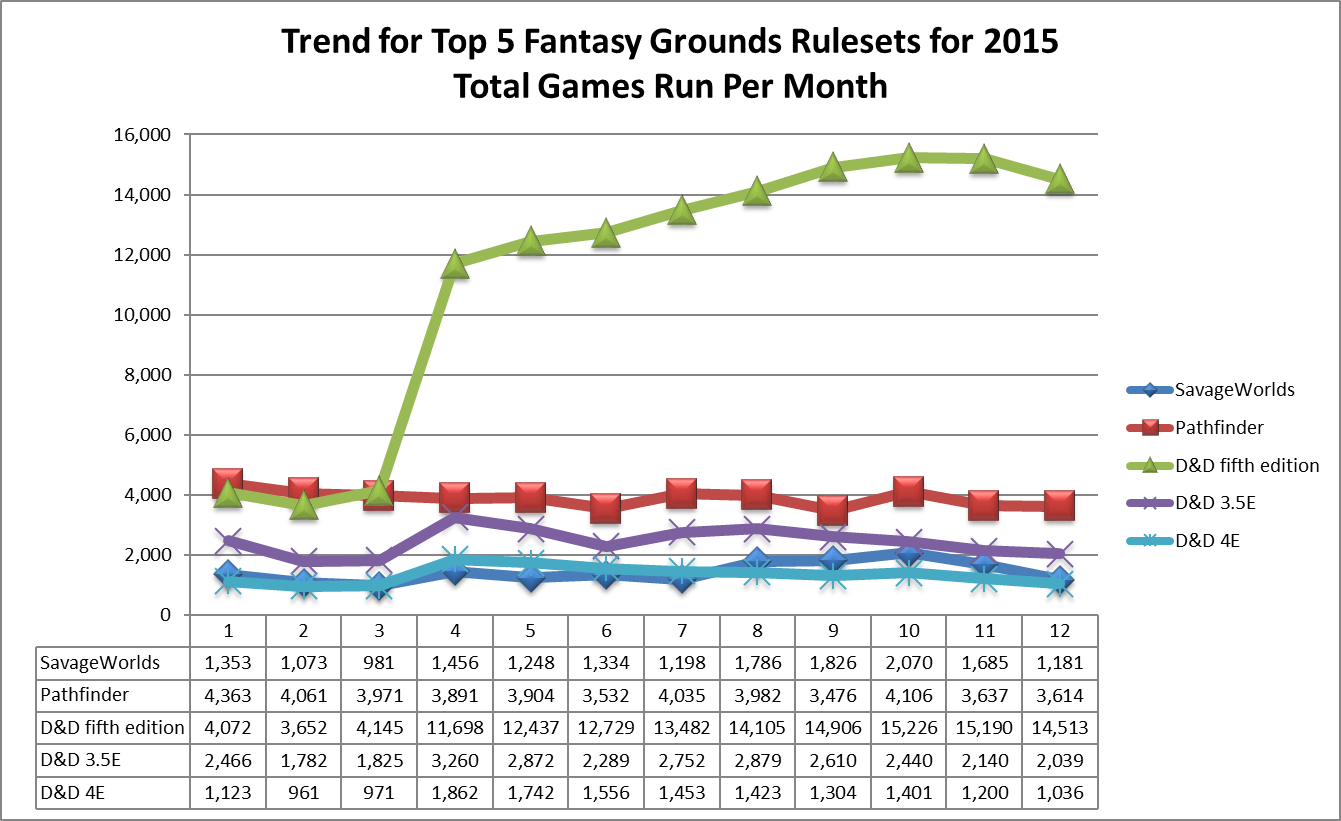 While D&D got that massive boost from FG becoming the official platform for it, it should be noted that Pathfinder did not decrease in response.​

JohnD said:
I don't see any issue here personally. If you're concerned, I guess ask Smiteworks and the Roll 20 guys the same questions and see what they come back with.
Click to expand...

Not so much a concern but that I just didn't know what those numbers actually meant until Nylanfs defined games for me as "sessions."